West Virginia Cop Fired For Choosing Not To Shoot Man 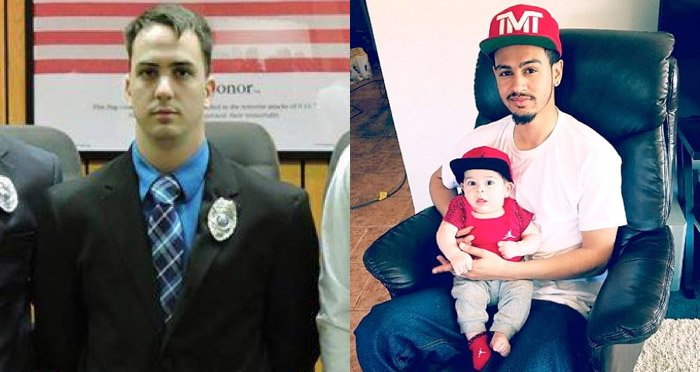 A former police officer in Weirton, West Virginia just revealed to local news sources that he was fired this summer for responding to a call and not shooting a man holding a gun at his side.

For the first time since his June 6 termination, former officer Stephen Mader has spoken up, to the Pittsburgh Post-Gazette, about the behind-the-scenes details of the incident that led to his firing and — despite his decision to not shoot — nevertheless left a man dead.

On May 6, Mader responded to a report of a domestic incident only to find that the man present at the location, Ronald D. Williams Jr., was holding a weapon. Mader, standing behind Williams’ parked car on the street, noted that the gun was in Williams’ right hand, at his side, and pointed at the ground.

Mader thus made the quick decision to not shoot at Williams, 23, and instead try to deescalate the situation.

“[I] began to use my calm voice,” Mader told the Post-Gazette. “I told him, ‘Put down the gun,’ and he’s like, ‘Just shoot me.’ And I told him, ‘I’m not going to shoot you brother.’ Then he starts flicking his wrist to get me to react to it. I thought I was going to be able to talk to him and deescalate it. I knew it was a suicide-by-cop [situation].”

However, two other officers quickly arrived on the scene and when Williams walked toward them, gun still in hand, one of them shot, hitting Williams in the head and killing him instantly.

Eleven days later, following mandatory time off for any officer involved in an incident like this one, Mader attempted to return to work but was instead asked to see Weirton Police Chief Rob Alexander.

“We’re putting you on administrative leave and we’re going to do an investigation to see if you are going to be an officer here,” Alexander told Mader, according to the latter. “You put two other officers in danger.”

Nearly three weeks later, Mader was fired because he “failed to eliminate a threat.” It should be noted that Williams’ gun was later found to be unloaded.

Mader himself has a different take on why he’s no longer a Weirton officer: “Firing me for it, it’s less of an eyebrow-raiser [than] to say the other officers are justified in what they did — which I think they were.”

Indeed, Mader doesn’t blame the other officers for shooting because he notes that they simply weren’t there to hear and see the words and actions of a desperate man who was seemingly just trying to end his own life.

“They did not have the information I did,” Mader said of the other officers. “They don’t know anything I heard. All they know is [Mr. Williams] is waving a gun at them. It’s a shame it happened the way it did, but, I don’t think they did anything wrong.”

Despite what Mader or any of the local authorities believe about the incident, it comes with an extra layer of controversy given the fact that Williams was black and both Mader and the other officers are white.

Largely based on those facts, the ACLU began looking into the incident back in late July, but as of yet, there are no reports that they’ve actually been given the necessary information to investigate from local authorities. Likewise, city officials have released no statement since Mader’s interview with the Post-Gazette.

As for Mader himself, he’s still certain he did the right thing. When an attorney advised him to make his life easier and admit guilt and resign, he couldn’t do it, telling the Post-Gazette, “To resign and admit I did something wrong here would have ate at me. I think I’m right in what I did. I’ll take it to the grave.”

Next, have a look at some of the most impactful images from the “Millions March” against police brutality. Then, read up on the proposed “Blue Lives Matter” bill that would make assaulting police officers a hate crime.