29 Reconstructed Faces Of Ancient People From The Neanderthals To Jesus

Scientists and artists worked together to create these reconstructed faces of ancient humans — and the results are astonishing. 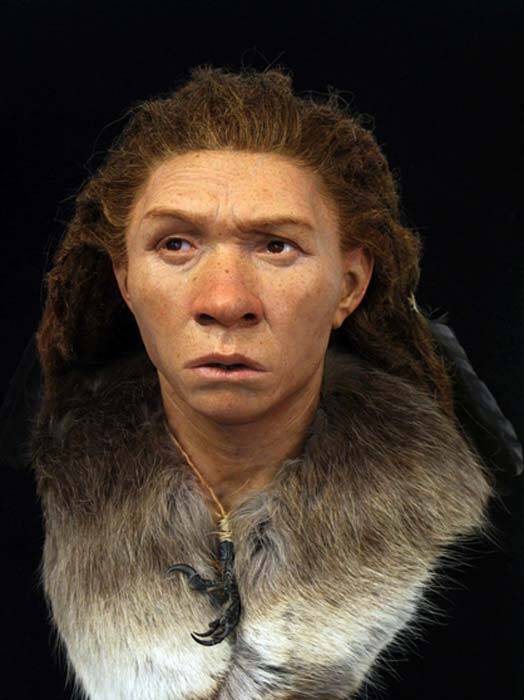 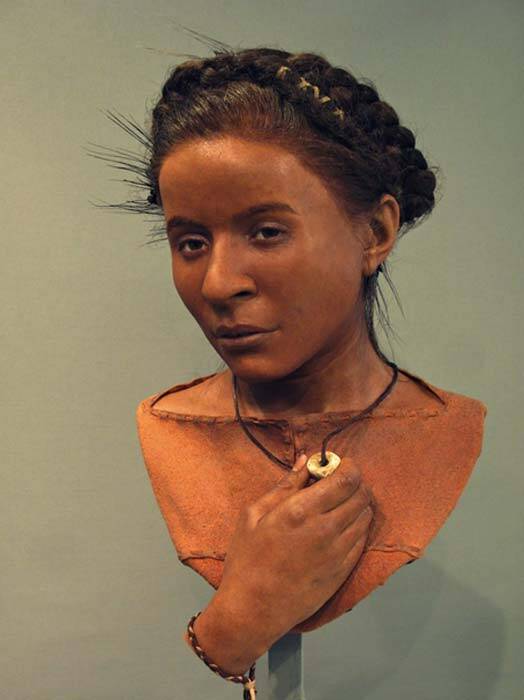 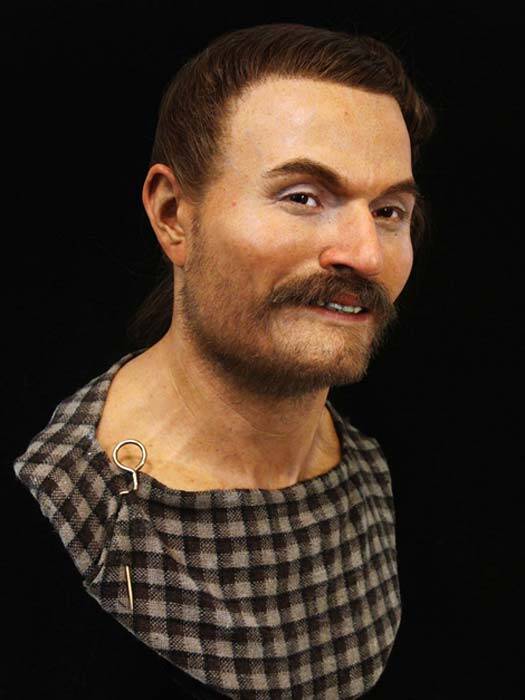 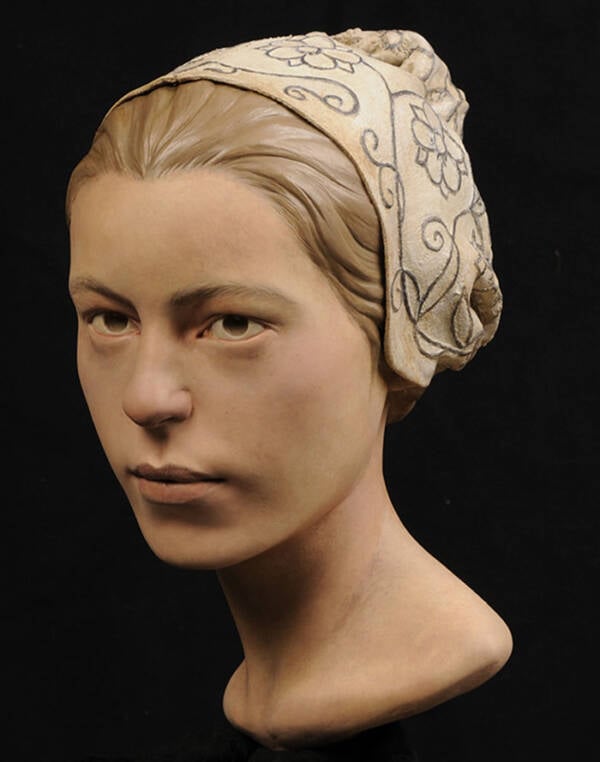 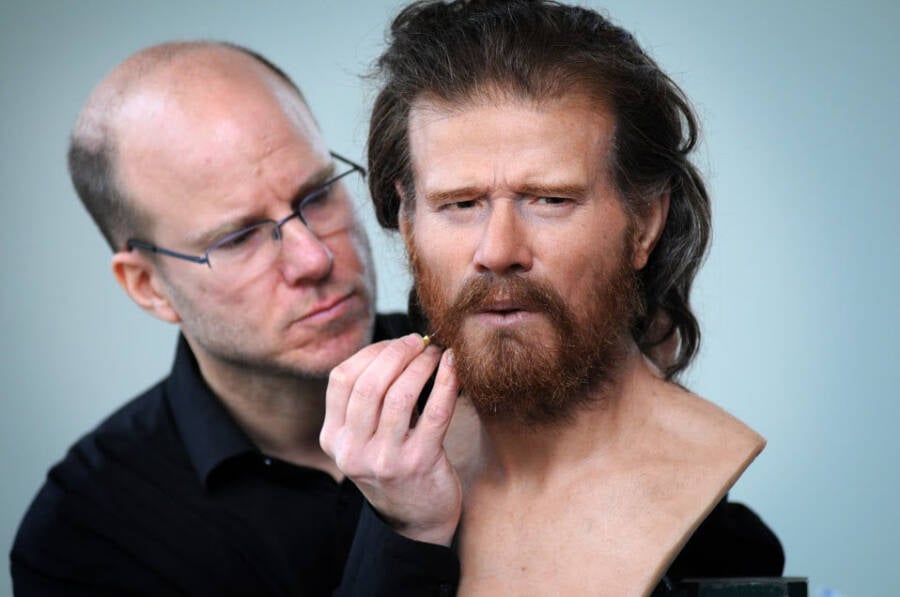 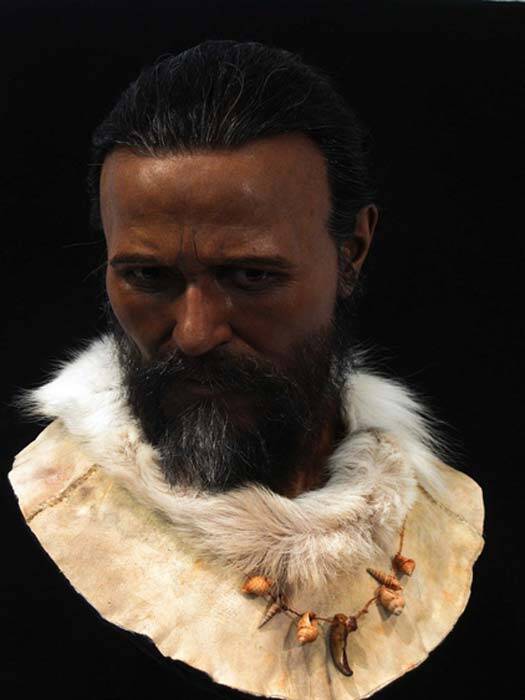 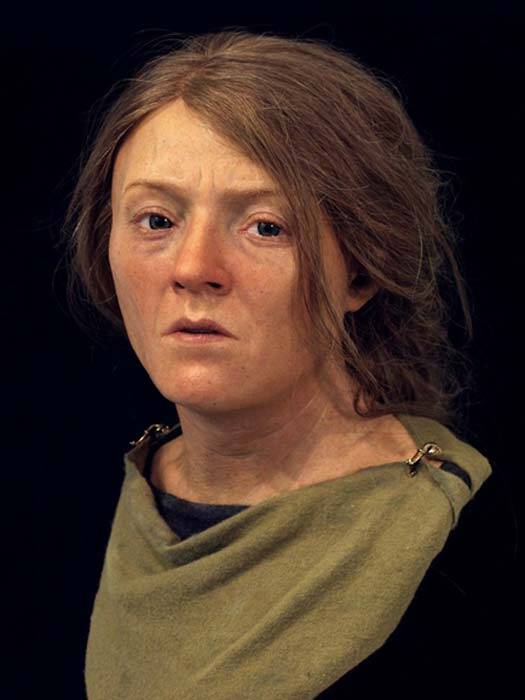 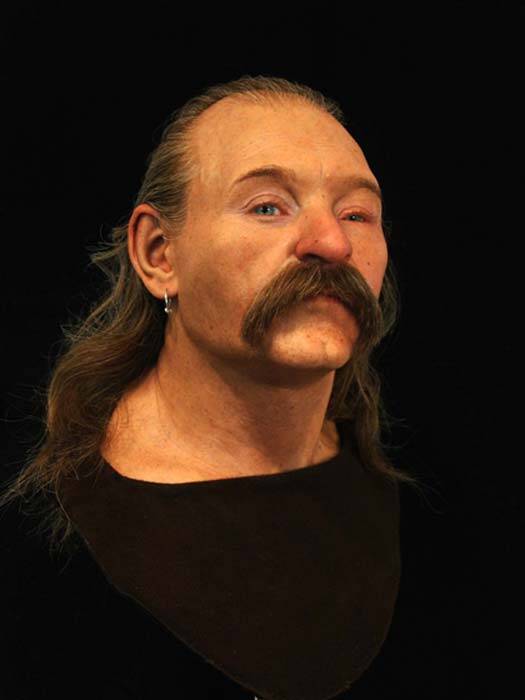 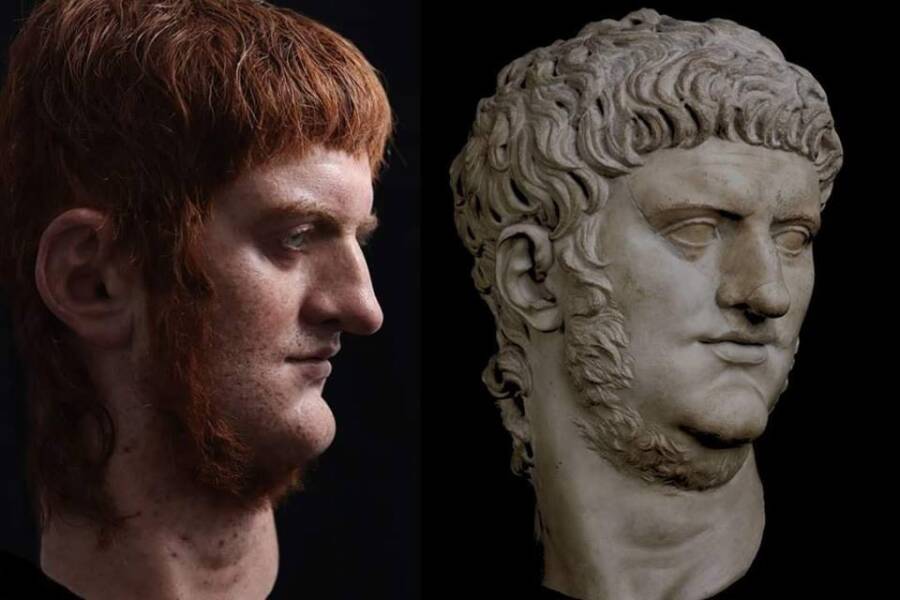 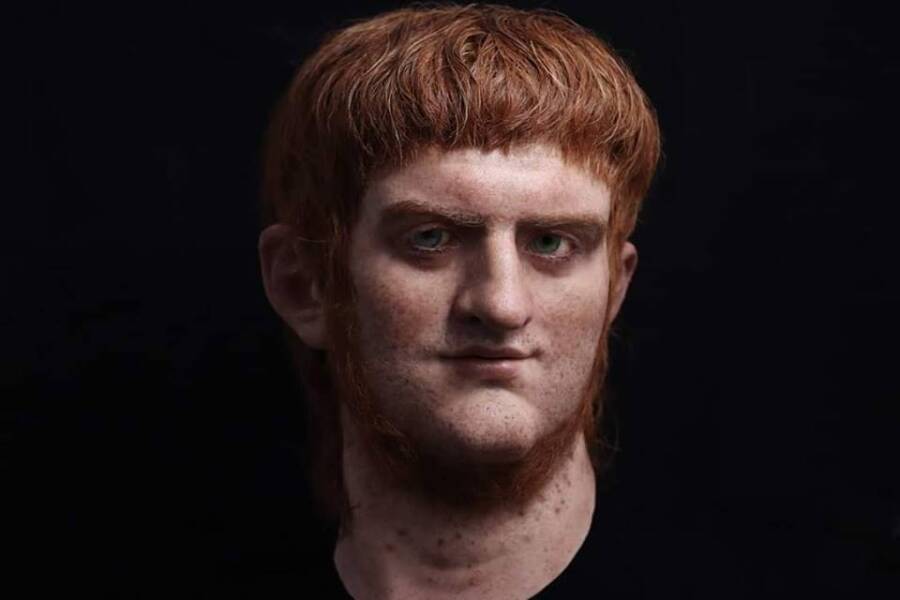 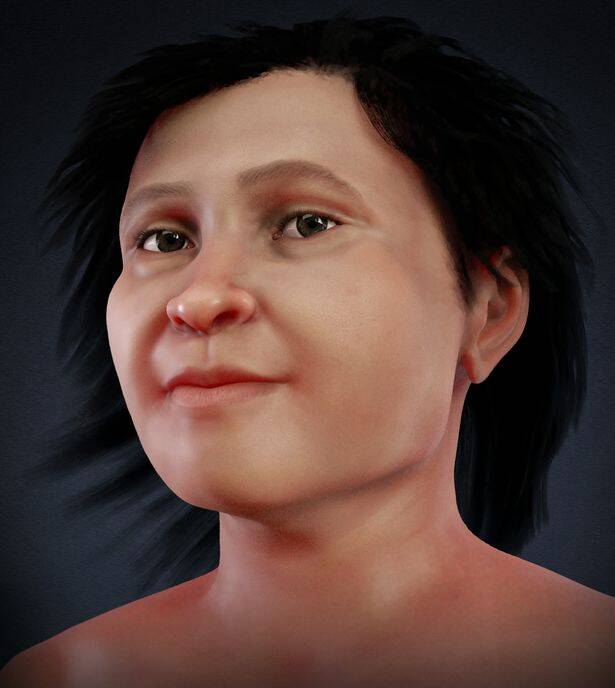 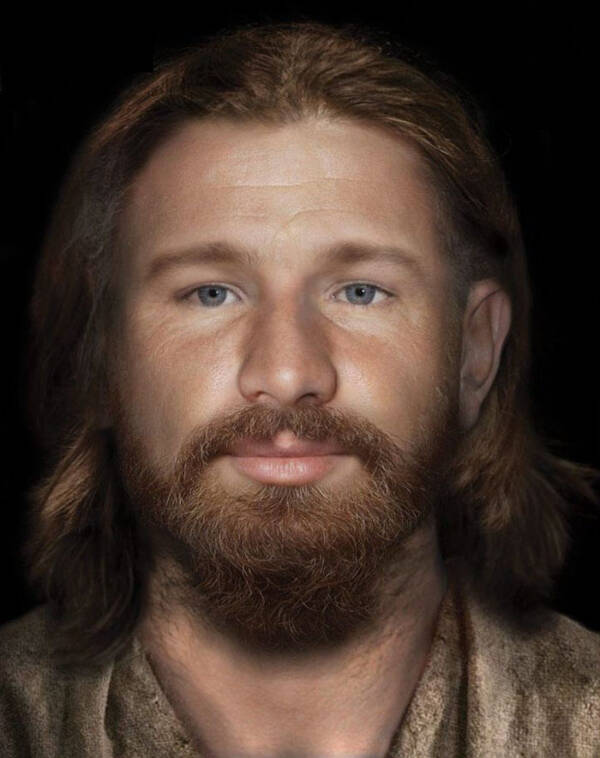 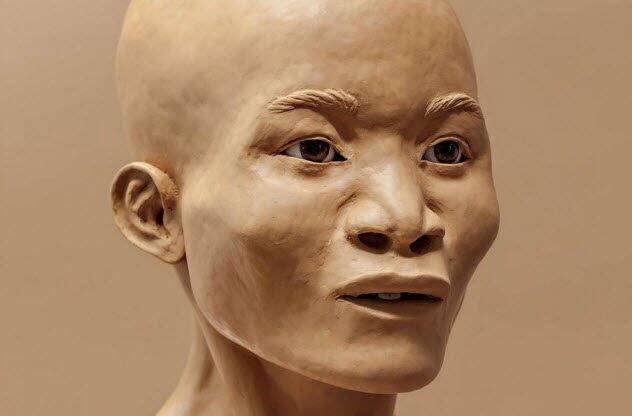 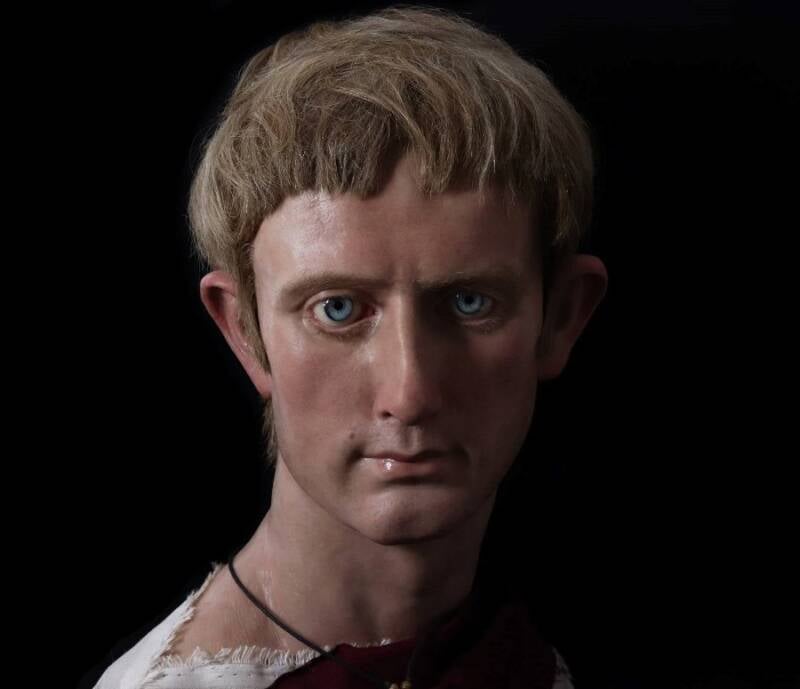 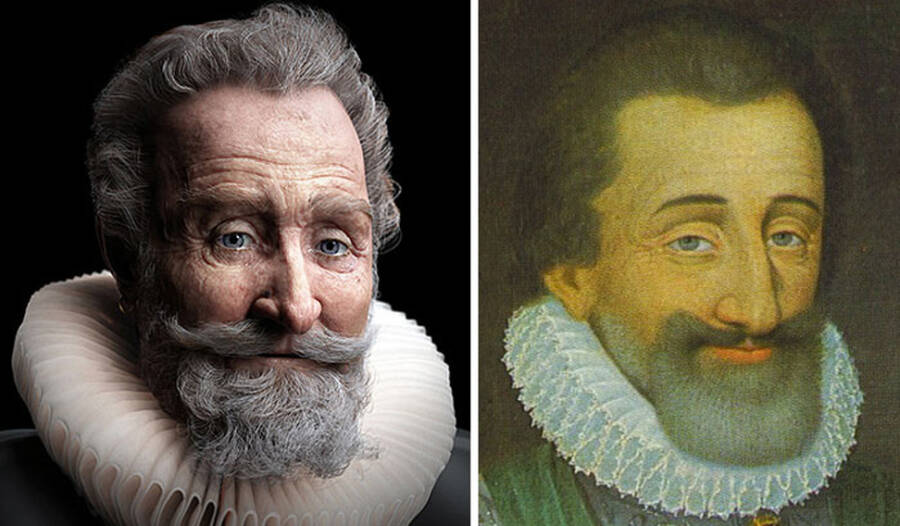 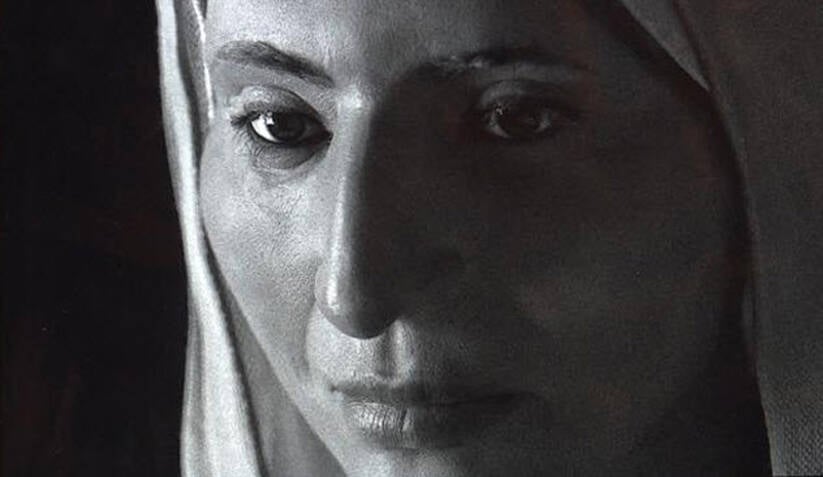 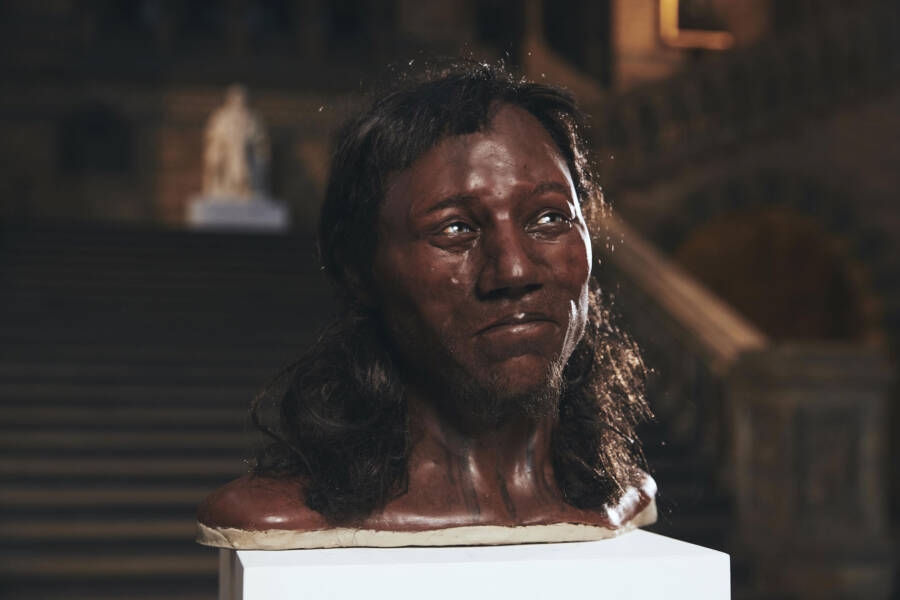 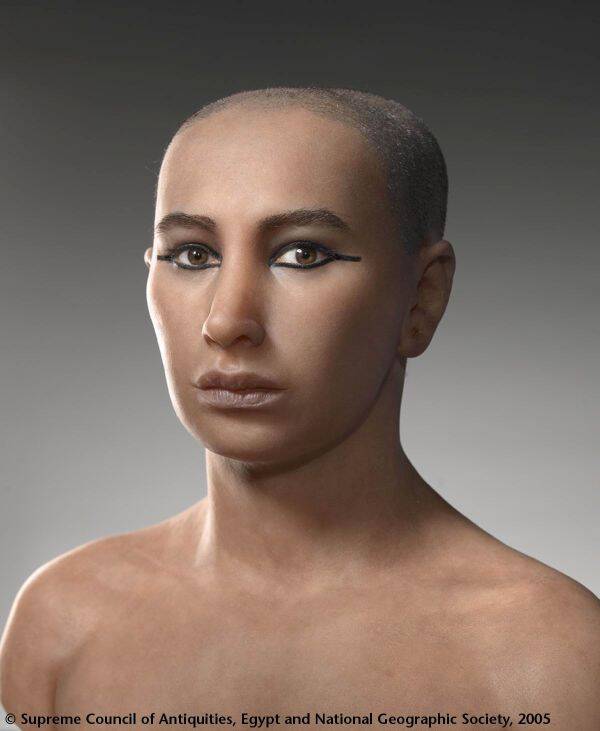 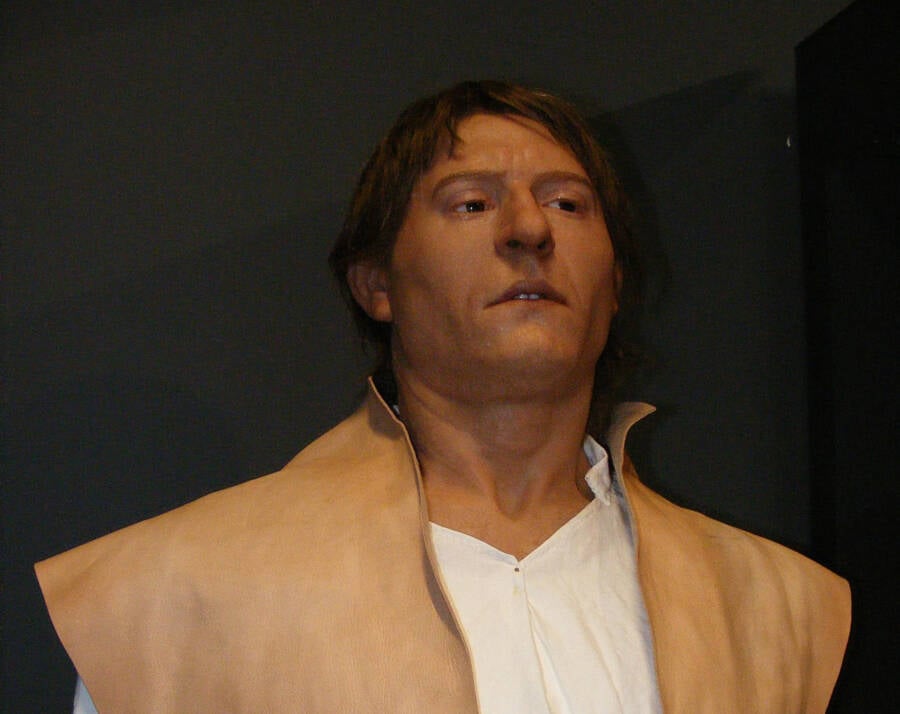 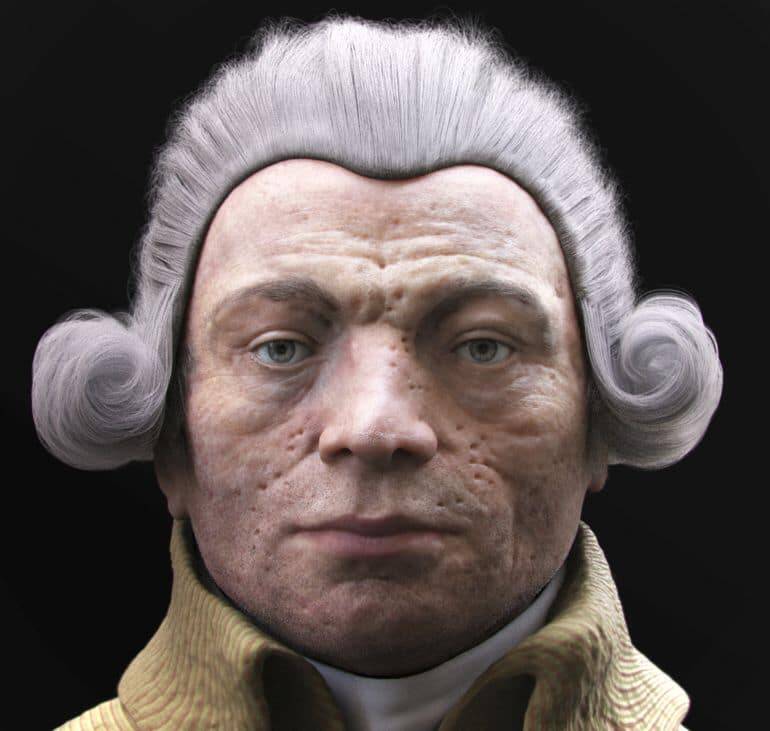 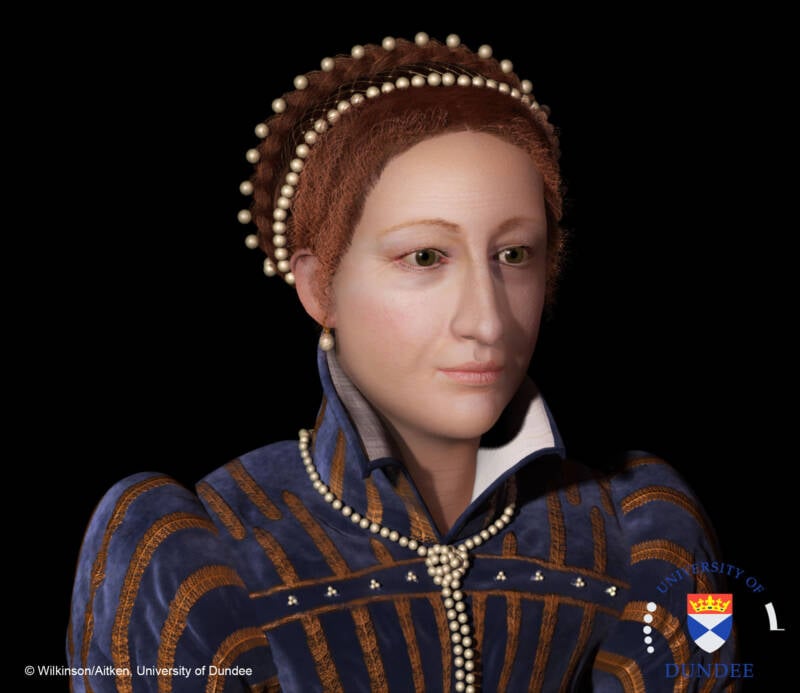 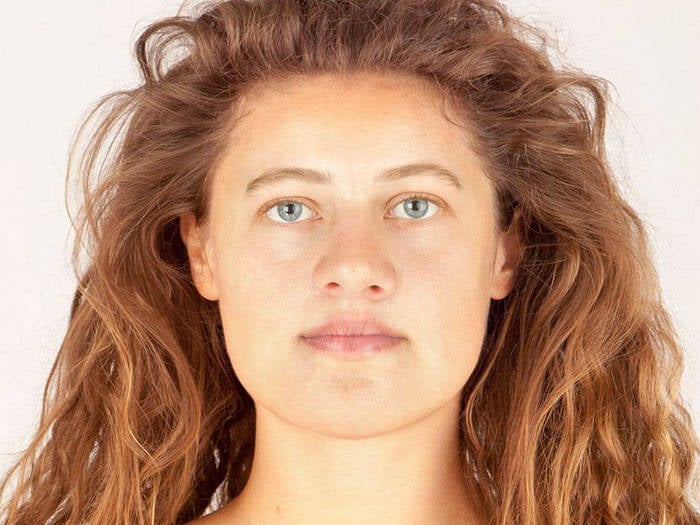 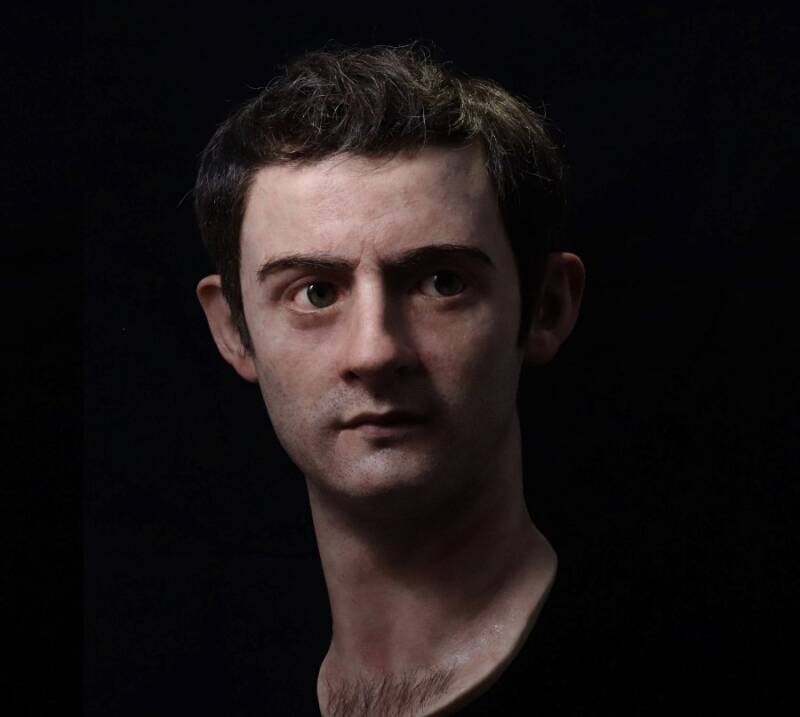 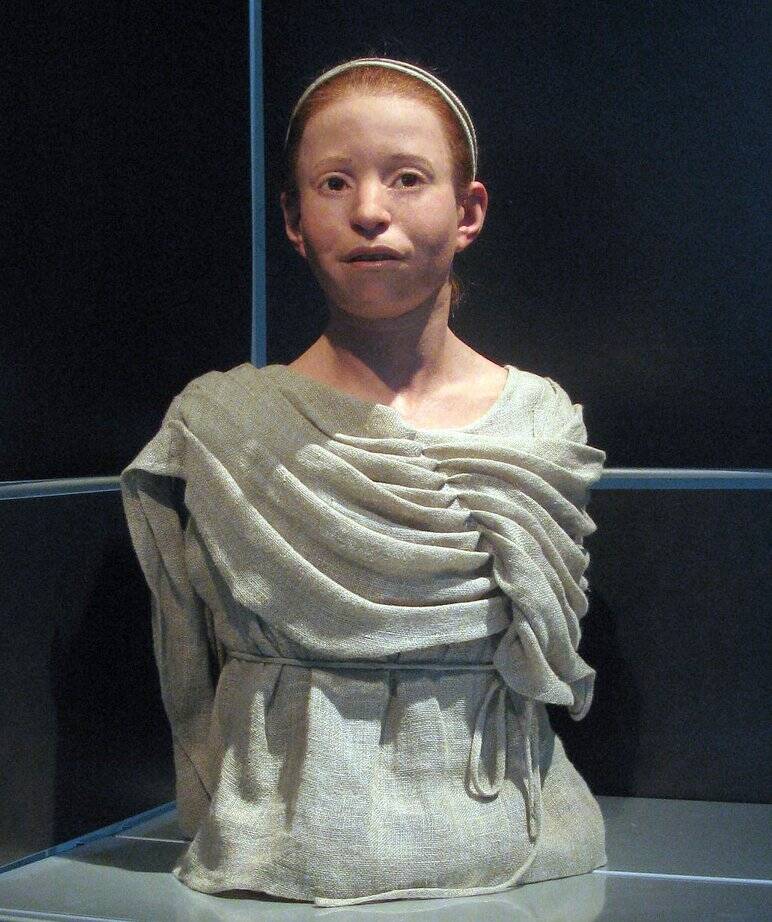 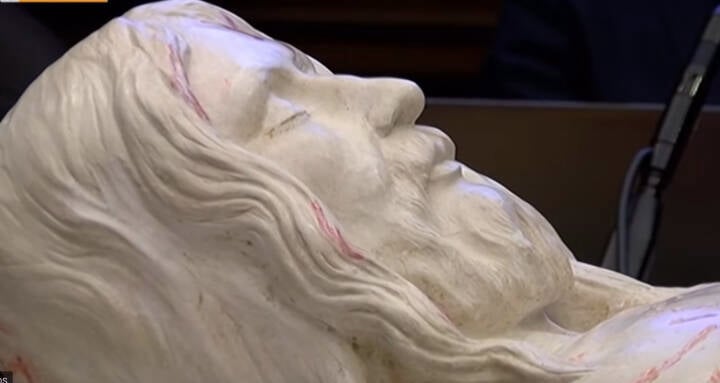 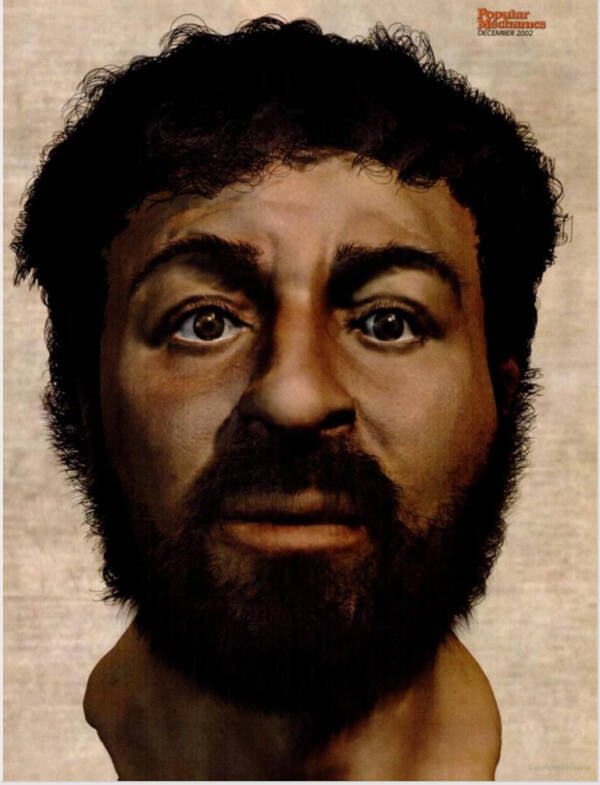 1 of 30
The remains of this reconstructed Neanderthal woman was found in a cave in Gibraltar. She died at least 30,000 years ago. She may have been among the last Neanderthals in Europe.Royal Pavilion & Museums; Brighton & Hove
2 of 30
This Whitehawk woman lived about 5,000 years ago during the Neolithic era. She was found near Brighton with an infant in her arms — indicating she (and her baby) died in childbirth. Royal Pavilion & Museums; Brighton & Hove
3 of 30
This man was a strong individual who died relatively young — probably in his 20s. His hair had been tied up in a bun; a style similar to many Germanic tribes in the Iron Age.Royal Pavilion & Museums; Brighton & Hove
4 of 30
Jane was a young teenager who was likely eaten by her 17th century Jamestown co-settlers. Her mutilated skull and severed leg bone were found with animal bones and other food remains in a Jamestown cellar.Bored Panda
5 of 30
An early Neolithic man, born 500 years before Stonehenge was built, is reconstructed from the skeleton of a male excavated in 1863 from Wiltshire, England.James O'Davies/English Heritage
6 of 30
The face of a Cro-Magnon man which was a group that succeeded the Neanderthals in Europe. This man lived between 30,000 to 10,000 years ago. Royal Pavilion & Museums; Brighton & Hove
7 of 30
A reconstruction of the face of the "Patcham Lady" who lived in Romano-Britain circa 250 A.D. She was possibly a murder victim as she was found with a large nail in her skull.Royal Pavilion & Museums; Brighton & Hove
8 of 30
Reconstruction of the face of an Anglo-Saxon male from the Dark Ages — 500 A.D.Royal Pavilion & Museums; Brighton & Hove
9 of 30
Dawn, a teenager from the Mesolithic period, which was around 7,000 B.C. Reuters
10 of 30
Based on historical accounts and sculptures, the Spanish project Césares de Roma reconstructed the face of Roman Emperor Nero.Césares de Roma
11 of 30
Famed for supposedly playing the fiddle while Rome burned down, he also was suspected of having killed his mother and first wife.Césares de Roma
12 of 30
3D technology brought the remains of this woman, dubbed Eva, to life. She was found in a flooded cave in the Naharon sinkhole in south-eastern Mexico's Yucatan peninsula in 2001. CEN/Cicero Moraes
13 of 30
3,500 years ago, this man named Nebiri was an Egyptian dignitary under the 18th Dynasty pharaoh Thutmoses III. Philippe Froesch
14 of 30
In 2014, archaeologists recovered remains of a Dublin man who died about 500 years ago. He was likely poor, as he showed signs of childhood malnutrition and heavy manual labor. Bored Panda
15 of 30
This Ice Age teenager, nicknamed Naia, fell to her death in Mexico 12,000 to 13,000 years ago. She remained in a deep underwater pit until 2007 when divers visited the site on the Yucatan Peninsula.NBC News
16 of 30
The first emperor of the Roman Empire, Augustus, whose rule ushered in a two-century period of relative peace and prosperity known as Pax Romana.
17 of 30
Henry IV of France was King of France from 1589 to 1610 when we was assassinated by a fanatical Catholic. He was known as Good King Henry for his great concern about the welfare of his subjects. Philippe Froesch/Bored Panda
18 of 30
In the south of France, a basilica has guarded the supposed human remains of Saint Mary Magdalene. Scientists recreated her face from a skull they were forbidden to touch - using hundreds of photos of the skull instead.National Geographic
19 of 30
Known as Cheddar Man, this is the oldest Briton to have had their genome sequenced. Cheddar Man lived 10,000 years ago; his skeleton was unearthed in a cave at Cheddar Gorge in 1903. Analyzing his genome suggested that he had dark skin and blue eyes.Channel 4/Plimsol Productions
20 of 30
The renowned boy king Tutankhamun from ancient Egypt, who died 1323 BC, as reconstructed in 2005.Egypt and National Geographic Society
21 of 30
An archer from the 1545 Navy Warship The Mary Rose. Despite only being in his early 20s, the middle of his spine was twisted – a feature often seen on skeletons found with archery equipment. Richard Moss/Museum Crush
22 of 30
The face of Maximilien de Robespierre, the infamous "poster boy" of the French Revolution whose famous 1794 death mask was made by Madame Tussaud — supposedly from Robespierre's decapitated head. Realm of History
23 of 30
How the monarch Mary Queen of Scots would have looked during her 16th- century reign. Wilkinson/Aitken, University of Dundee
24 of 30
The 2,000-year-old Egyptian mummy known as "Meritamun" was determined to be between the ages of 18 and 25 at her death and was about five foot four. The University of Melbourne
25 of 30
A Bronze Age woman called "Ava" who died 3,700 years ago in the Scottish Highlands. She was found in an unusual grave; her final resting place was carved in solid rock, suggesting she was of high social status.Hew Morrison
26 of 30
According to Roman historians, Caligula engaged with incest with his sisters and prostituted them to other men. In a story oft-repeated, he promised to make his horse, Incitatus, a consul, and actually appointed him a priest.
27 of 30
One skull unearthed in a mass grave in ancient Athens belonged to an 11-year-old girl given the name Myrtis by archaeologists. She is thought to have lived around 430 B.C.Wikimedia Commons
28 of 30
This recreation of Jesus Christ was created from precise measurements taken from the Shroud of Turin. Professor Giulio Fanti of the University of Padua spearheaded this project in 2018, claiming "We believe that we have the precise image of what Jesus looked like on this earth." TgPadovaTelenuovo/YouTube
29 of 30
Using forensic anthropology and not the debated Shroud of Turin, British scientists and Israeli archaeologists also have recreated what they believe is the most accurate image of Jesus, the most famous face in human history. Popular Mechanics
30 of 30 Our ability to reconstruct the likenesses of long-dead humans has made immeasurable progress in recent decades. With detailed computer programs, DNA studies, and advanced technologies like 3D printing — the margin of error in scientifically reconstructed faces is shrinking. The result is stunning lifelike portraits of ancient people who left this Earth thousands upon thousands of years ago.

Facial reconstruction is a delicate mix of science and art. As such, the pendulum can swing too much one way and affect the end result. Too much science and faces can be sterile and unmoving. Let artistic license take over, and reconstructions can be scientifically inaccurate.

So how do experts create these reconstructions and what do they expect to find from them?

The Art Of Reconstructed Faces

Scientists and artists often use a 3D-printed skull they gleaned from either fragments of ancient humans or if they're lucky an entire skull. They then take every detail into consideration; radiocarbon dating, dental plaque, and DNA analysis to determine the color of the subject's eyes, skin, and hair.

Some digital portraits are done using only a computer. Others are rendered in three dimensions by artists using clay and similar materials alongside this research. These artists use precise measurements and their knowledge of facial muscles to build an accurate model.

The following video gives a fascinating overview of how forensic artists begin the task of reconstructing faces.

Sometimes an exact replica of a skull is used when the original needs to be kept. This involves lots of photos, digital rendering, and 3D printing or casting. Specialized forensic artists use all these same measures on contemporary skulls as well to help identify murder victims.

Hundreds of hours can go into one reconstruction. This begs the question — are they worth doing? In the case of a murder investigation, reconstructions are sometimes last-ditch efforts when there is no DNA, dental records, or photographs. However, when the identity is truly unknown, putting a face on a victim can be the difference between a cold case and a closed one.

But what about ancient people? How does it help us to learn about their physical appearance?

Humans are highly visual creatures. Some of us have to see something before we can believe it. In this sense, observing the face of someone that's been reconstructed from a lump of bone can help us to visualize — and therefore understand — our evolutionary history more clearly.

On top of this, it's just really, really interesting.

For instance, meet Dawn, a teenager from the Mesolithic period — around 7,000 B.C. — who was so named for being born around the dawn of civilization.

Obviously, there are important facts to be gleaned from studying the bones of our ancestors. We can know if they died from a certain illness, like Nebiri the Egyptian dignitary who is the oldest documented case of heart failure.

We can learn about what kind of work they did. We can determine what their diet was and if they were native to the area in which their bones were located.

How Accurate Are Facial Reconstructions?

We can make the argument that the accuracy of reconstructing faces is at an all-time high, however, there will likely never be a way to make these facial reconstructions 100 percent accurate. As of today, there is no standardized way of creating them. No two forensic artists will come up with exactly the same reconstruction from the same information.

Using skulls as a basis, scientists can determine the placement of the eyes, the nose protrusion, mouth size, browbone, and jawline. Muscles are a bit harder, but we know where they are and how they behave under the skin. When DNA is present, that helps immensely with coloring and skin tone.

Tissue markers are used to show how thin or thick the skin should be. Scientists compile these measurements from CT scans of living people from different ethnicities. Forensic artists use these numbers to make approximations.

Even with the many tactics used, there are physical anomalies that can't be derived from a skull, for instance, expressions, scars, facial hair, and tattoos. These are things that truly distinguish us from one another in unique ways.

On the subject of tattoos, scientists recently worked to reconstruct the face of this woman: a 1,600-year-old tattooed mummy.

The Future Of Facial Reconstruction

With how far we've come already, it's difficult to imagine many more improvements being implemented in this field. There are a couple of things, however, that can swing the pendulum of facial reconstruction to be closer to the side of hard science.

As with most everything, the more we practice, the more we learn. Facial reconstruction is still a fairly new science. Time itself will reveal new biological markers. Even more advanced software will become available. But for now, the lack of a standardized model creates a variety of results for the same data inputs. Figuring out how to tighten up the process and allow less creative interpretation in certain situations could change everything.

Right now, using reconstructed faces as hard evidence in court cases is not allowed. If we can start replicating faces with even greater accuracy, someday it could be. Whether this is a good or bad thing is certainly up for debate and calls upon the great ethics statement, "Just because we can, doesn't mean we should."

But for now, we can create an image into the past and it is helping us to better understand our evolutionary history.

After this look at some truly impressive reconstructed faces of ancient people, read about this 9,500-year-old skull and what we've learned from it. Then, find out why archaeologists have found puppies in ancient Chinese tombs.