Reconstruction From Ancient Skull Reveals What Humans Looked Like 9,500 Years Ago

Unearthed decades ago near Jerusalem, the skull offers a glimpse into one of history's first human civilizations. 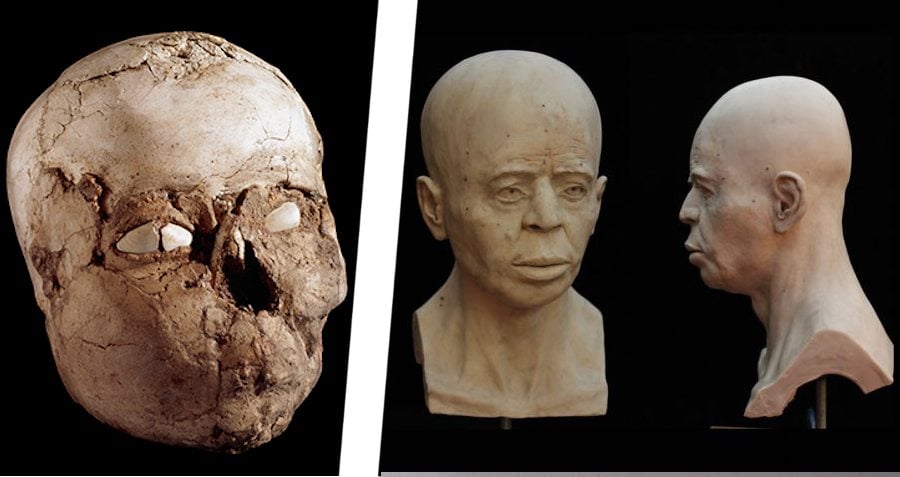 Researchers at the British Museum have used an ancient skull to reconstruct what the human face looked like 9,500 years ago.

Working from a skull uncovered in Jericho — in the modern-day West Bank — the museum used digital scanning and facial reconstruction technology to create a 3D rendering of the deceased’s head.

Unearthed six decades ago by British archaeologist Kathleen Kenyon, the 9,500-year-old skull was ritually buried with seashells over the eye sockets and layers of plaster covering the face to form a mask, all for reasons that remain a mystery.

Today, more than six decades later, the British Museum has revealed what this man looked like when he was alive. Furthermore, this 3D clay rendering offers archaeologists, scientists, and scholars a glimpse into the ancient civilization that made the area near the Jordan river its home millennia ago.

“The Jericho skull dates to a period of the Neolithic (New stone age) before the making of pottery or farming had really become established,” said Dr. Alexandra Fletcher, Raymond and Beverly Sackler Curator for the Ancient Near East at the British Museum, to i24NEWS.

“Jericho was an unusual settlement because it had an assured water supply from numerous reliable springs. This may be what allowed people to live there permanently in the first instance. [It] was probably one of the largest settlements in the area – if not the Middle East. Jericho can, therefore, claim to be the oldest permanently occupied place on earth.”

When you consider that the Pyramids of Giza are only a little more than 4,500 years old, you can appreciate the skull’s age and the revelatory significance of the new 3D rendering. While the rest of the world hunted animals and gathered wild plants as nomads, this skull’s owner grew up in an organized civilization.

This facial reconstruction will now hopefully lead to more valuable clues about the people who made up this pioneering civilization whose developments would echo through the ages.

“The plastered skull of this man probably acted as an ancestor figure for the ancient community living at Jericho to share,” Fletcher said. “In turn, this may have helped them to overcome social stresses and develop ways of coping with living together in large groups. In such social solutions we can see the very first ways in which humans to learned how to live together in ever increasing numbers – eventually allowing towns and cities to grow.”

If you can make it to London to stare history in the face yourself, the British Museum will be displaying both the skull and the facial reconstruction in a special exhibit until February 19.

Next, find out why some people can’t help but go insane and begin thinking they’re Jesus when they visit Jerusalem.