Scientists Find Organisms That Are Still Alive In The Arctic Ice

Million-year-old single-celled organisms have been brought back to life before, but now scientists are bringing back ancient moss — and even a 40,000-year-old worm.

The Siberian TimesTwo nematode worms found in Siberia in 2018, after they’d been thawed.

The Little Ice Age, which began around 1300 and lasted for hundreds of years, significantly increased the size of the Arctic glaciers. Teardrop Glacier on Canada’s Ellesmere Island, for instance, slowly expanded over the landscape, growing over anything in its way — including a seemingly negligible tuft of moss.

According to National Post, the plant was frozen underneath 100 feet of ice ever since. While humanity conquered the moon and invented computers, it lay dormant and undisturbed.

But now, with our continuous greenhouse gas emissions and burning of fossil fuels, the Arctic ice sheets have begun to rapidly melt.

Evolutionary biologist Catherine La Farge was quite keen on uncovering what lay beneath — aware a tuft of moss was hidden there — so she traveled to Teardrop’s most molten section to retrieve it and take a closer look.

Though the Aulacomnium turgidum moss was faded, it was greener than one would expect something organic buried in ice to be after over a century or more. Suddenly, the possibility that this species of plant was still sporting signs of life after more than 150 years burrowed into La Farge’s mind.

“You wouldn’t assume that anything buried for hundreds of years would be viable,” said La Farge, who studies mosses at the University of Alberta, of her 2009 discovery. “The material had always been considered dead. But by seeing green tissue, I thought, ‘Well, that’s pretty unusual.'”

Not only was she right, but other complex lifeforms have emerged from the Arctic ice, as well — including half-millimeter-long nematode worms, one of which was 42,000 years old. University of Tennessee microbiologist Tatiana Vishnivetskaya and her team discovered them by accident last year while foraging for ancient life under the surface in Siberia.

The half-millimeter-long nematode worms that slithered back to life after a few dozen millennia of deep freeze are officially the most complex creatures that anyone has ever revived. 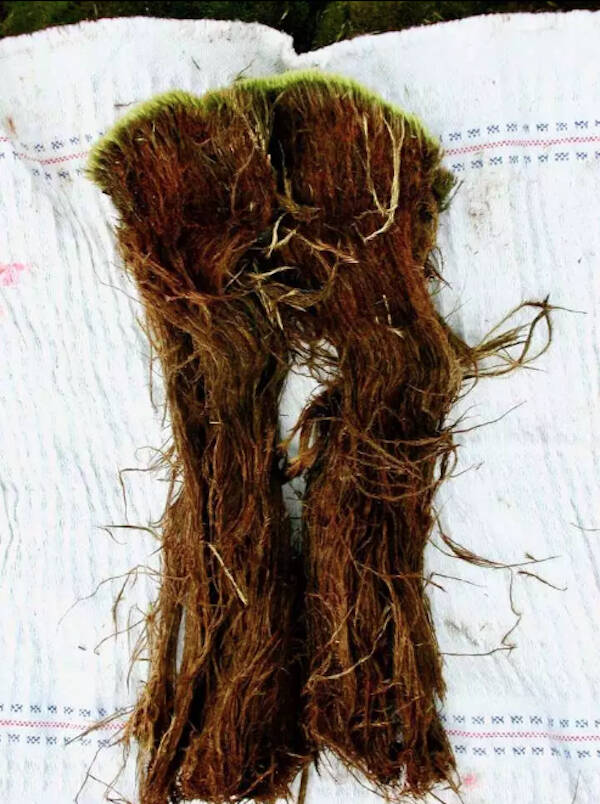 La Farge and her team brought back dozens of samples to their Edmonton lab and nourished them with nutrient-rich soil and a bright, warm environment. Nearly one-third of the samples sprang into life and grew new shoots and leaves.

“We were pretty blown away,” she admitted.

Soon after La Farge’s discovery, Peter Convey of the British Antarctic Survey successfully managed to awaken a 1,500-year-old moss that was buried below three feet of Antarctic permafrost.

A PBS Iowa report on nematode worms and how they operate.

“The permafrost environment is very stable,” he said, explaining that permafrost shields moss from the surface-level stresses that would otherwise damage it far more. With freeze-thaw cycles occurring every year, as well as DNA-damaging radiation hitting things above ground, permafrost is quite protective.

In other words — while we face the potential of a million species nearing extinction due to our intense, man-made warming period, the permafrost and ice in the Arctic and Antarctic are protecting the hardiest of species, rather than condemning them to ice-cold cemeteries. 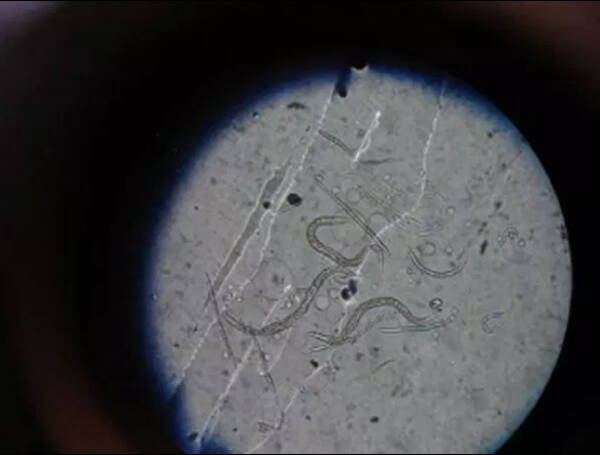 OHN DONGES /CC BY-SA 2.0Nematode worms can enter a state of suspended animation where they stop feeding and develop a protective layer, as seen here.

And Vishnivetskaya’s nematodes were certainly hardy. She and her team were merely looking for single-celled organisms, as these have been the only scientifically known life-forms thought to be revivable after thousands of years of being trapped in ice.

Suddenly, among the bacteria and amoebae, worms with heads and anuses actually crawled back to life. 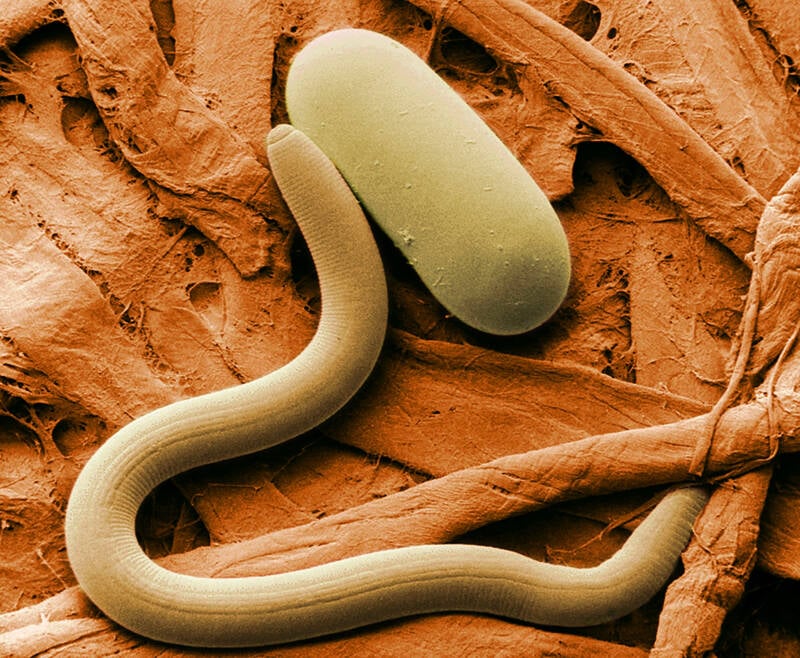 Borgonie previously discovered these “buggers” in two-mile-deep mine shafts in South Africa, and explained that they’re rather ubiquitous across all sorts of environments.

The species essentially shuts down into a phase of suspended animation, called the dauer stage, when environmental conditions deteriorate. During this stage, they grow a protective coating and stop feeding. Vishnivetskaya is confident that nematodes can survive indefinitely, if properly frozen in a dauer stage scenario.

“They may last any number of years if their cells stay intact,” she said.

Borgonie, like every other expert in this field, called the ancient find “a huge surprise.”

After learning about living moss and worms that survived millenia in the Arctic ice, read about the Nazis’ secret Arctic base. Then, take a look at the deep-water ghost octopus that’s confounding scientists.