Though it's never been photographed, people keep reporting sightings of the five-foot death worm lurking in the Gobi desert.

According to sightings, the Mongolian death worm is a long, sausage-like sandworm, dark red in color with spikes jutting out of both ends of its shapeless body.

Using venomous spit strong enough to corrode metal or electric shocks powerful enough to kill an adult human, these alleged deadly worms are said to live below the sands of the Gobi Desert.

Legends circulate freely about these monstrous worms but no one has ever come forward with proof of seeing them firsthand. This is the true story behind the rumored Mongolian death worm.

The Death Worm Of Gobi Desert 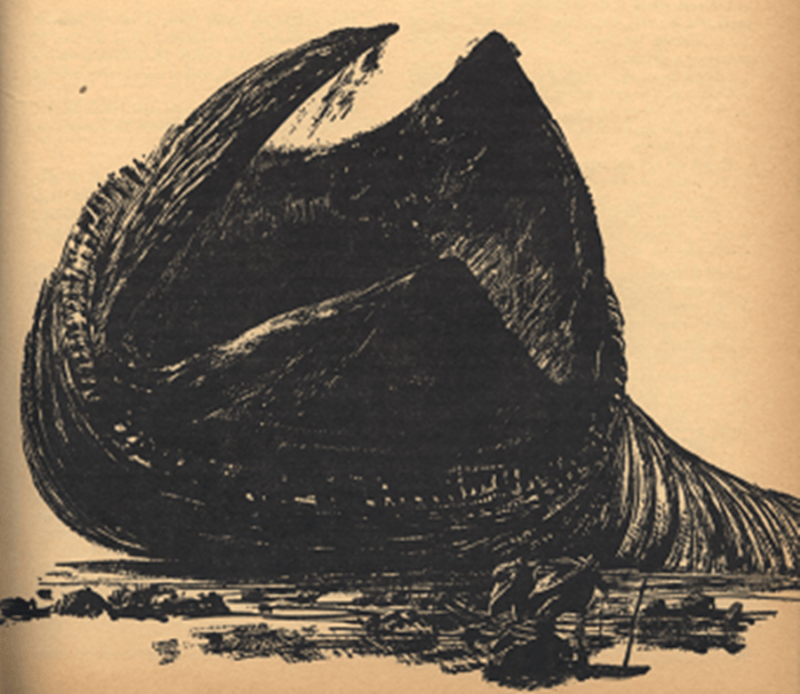 The Mongolian death worm is an infamous creature whose legend lives in secondhand accounts that have been passed down for generations.

Mongolia’s nomadic tribes call it allghoi khorkhoi, which translates roughly to intestine worm, due to its alleged resemblance to the insides of a cow. The worm-like creature with blood-red skin is said to reach up to five feet in length.

But it is nothing like your average worm. The Mongolian death worm is believed to possess some distinctly terrifying features.

As British biologist Karl Shuker noted of the legendary creature in The Unexplained: An Illustrated Guide to the World’s Natural And Paranormal Mysteries, the Mongolian death worm is believed to possess “spike-like projections at both ends” of its body.

It is also said to have formidable ways of attacking humans or other animals. The worm can purportedly spit corrosive venom or shoot out a powerful shock, electrocuting its victim.

Legend has it these terrifying creatures spend most of their time hidden underneath the sandy dunes of the Gobi Desert but that they often surface during the wetter months of June and July. If a local should happen upon this creature, they know to steer clear.

Searching For The Elusive Death Worm 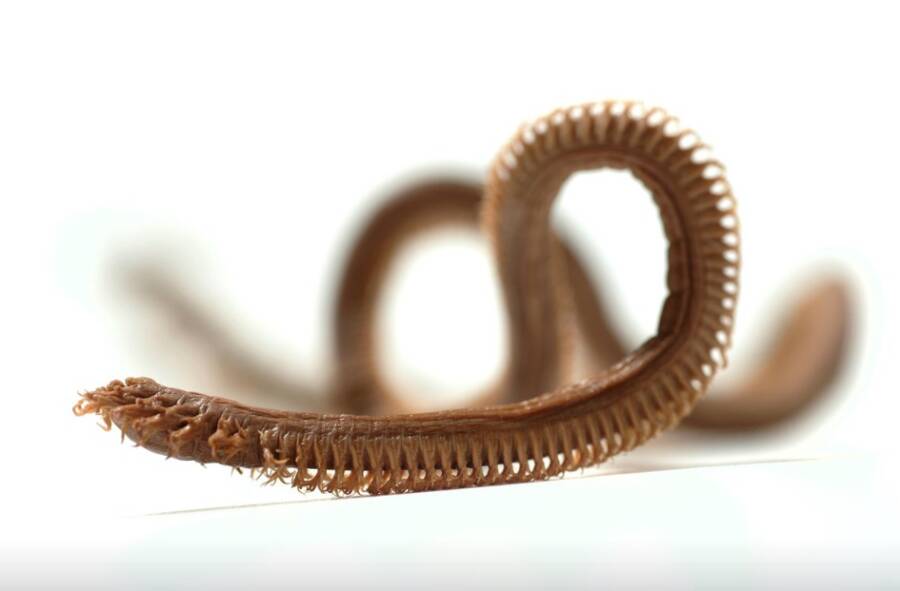 The Mongolian death worm, for all the stories of its deadly projectile and grisly appearance, has to this day never been photographed. But not due to lack of effort.

Curious researchers and intrepid adventurers have combed the Gobi Desert in search of the legendary creature. Most famously, Czech cryptozoologist Ivan Mackerle, one of the foremost investigators of the mysterious animal, traveled to Mongolia three times in search of the worm, in 1990, 1992, and 2004.

Mackerle first heard of the death worm as a boy from the work of paleontologist Ivan Yefremov. In college, after he meeting a Mongolian student who believed in the worm, he became obsessed.

He combed through Mongolian literature to find more clues about the death worm and was finally granted permission by the government to conduct research there when he was in his late forties.

“Another more dangerous animal also lives in the Gobi, the allghoi khorkhoi. It resembles an intestine filled with blood, and it travels underground. Its movement can be detected from above via the waves of sand that it displaces.”

A scientist tries to capture footage of the death worm by installing mobile cameras in the desert overnight.

One of the team’s contraptions was a motor-generated thumping machine. But, alas, their efforts proved fruitless and Mackerle concluded that the creature must be a myth.

While Mackerle’s expeditions failed to discover sound proof of the animal, they did provide most of the modern research material related to the Mongolian death worm. Subsequent expeditions to hunt down the sand beast continue today.

Theories Behind The Legend 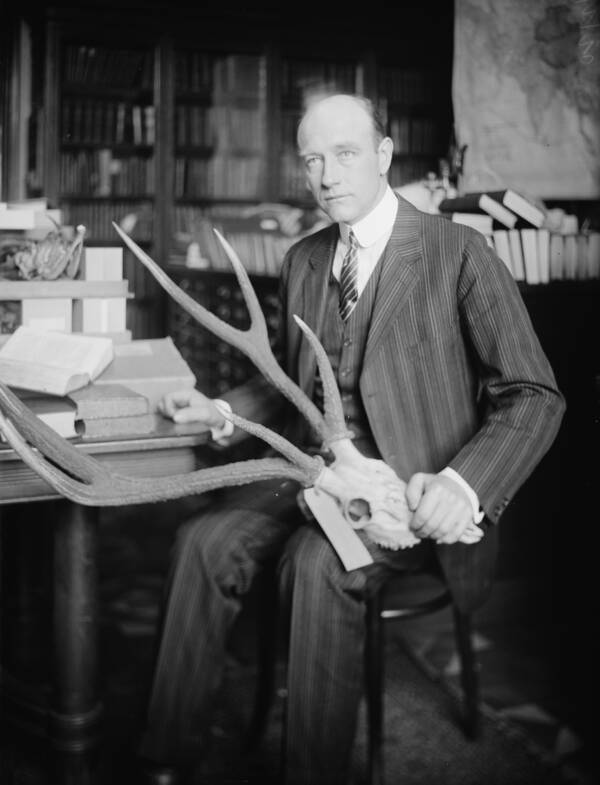 Wikimedia CommonsZoologist Roy Chapman Andrews mentioned the local legend briefly in a book about his Mongolian expedition during the 1920s.

Although the legend of the Mongolian death worm remains strong among locals, its existence has yet to be corroborated by physical evidence or research.

Zoologist Roy Chapman Andrews was the first western researcher to take note of the legend. He learned about the elusive sand creature from Mongolian officials before his pioneering expedition to document Mongolian wildlife. In his 1926 resulting book On the Trail of Ancient Man, Andrews wrote:

Then the Premier asked that, if it were possible, I should capture for the Mongolian government a specimen of the allergorhai-horhai…None of those present ever had seen the creature, but they all firmly believed in its existence and described it minutely…The Premier said that, although he had never seen it himself, he knew a man who had and had lived to tell the tale. Then a Cabinet Minister stated that ‘the cousin of his late wife’s sister’ had also seen it.

However, this anecdote about the Mongolian death worm is merely a footnote in Andrews’ book.

Countless expeditions to search for the Mongolian death worm have been launched to no avail.

Scientists dismiss cryptids like the chupacabra and the yeti as urban legends due to lack of scientific evidence.

But there is a possibility that such a creature like the Mongolian death worm might exist — after all, even Jane Goodall, one of the foremost primate experts in the world, said she was open to the possibility of bigfoot.

The Gobi Desert is a vast region that spans a territory of 500,000 square miles of rough terrain, making the existence of undiscovered animal species very likely.

Additionally, there are worm species that have been known to live in sand instead of soil, like the giant beach worm (Australonuphis teres) in Australia.

Moreover, in worms the circulatory system functions by absorbing oxygen through their skin and carrying it through their body, which would allow them to grow up to large sizes like the death worm’s purported five-foot length.

Yet, nobody has been able to capture photographic proof of the Mongolian death worm. So how did the legend come to be? 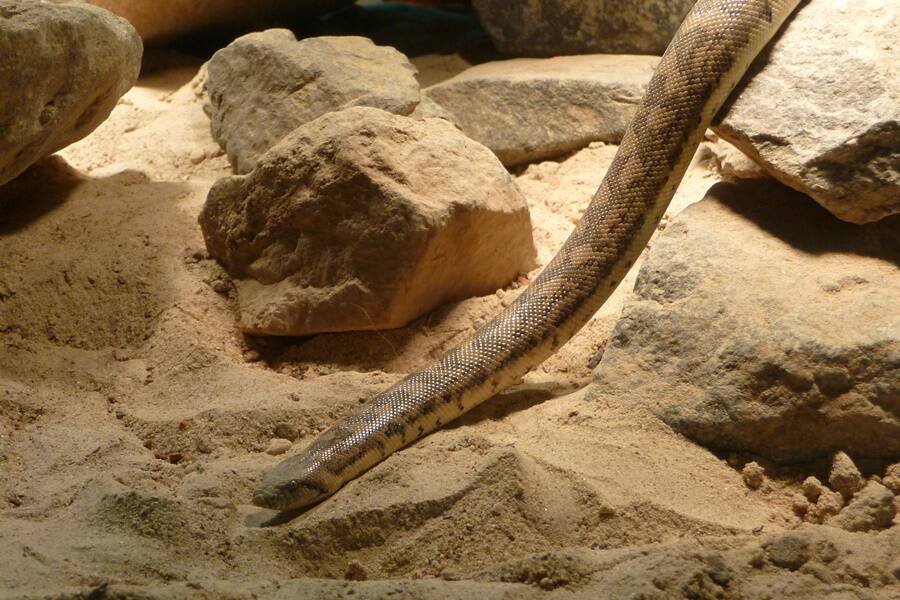 Wikimedia CommonsExperts suggest witnesses could have mistaken another animals, like this sand boa, as the legendary death worm.

There are a few explanations that could be at play. The first theory is these accounts might actually be true but, like most stories passed orally for generations, they have become greatly exaggerated.

The English translation of “death worm” from its original Mongolian name is also misleading, and experts believe that if such a creature exists it may be a type of reptile, not a soft, wriggly worm.

Either the worm lizard, which looks like a large limbless worm that burrows underground and grows up to several feet, or a type of sand boa snake could have originally inspired the death worm lore.

No matter how the legend of the death worm began, cryptid researchers have not given up hope that someday they will unearth it.

Now that you’ve brushed up on the terrifying legend of the Mongolian death worm, learn about the Native American legend of the wendigo. Next, discover seven other cryptids way cooler than bigfoot.