Inside The Chupacabra Legend And Its Stories Of Blood-Sucking Terror

For decades, a mysterious beast known as the chupacabra has allegedly been prowling the American Southwest and sucking the blood of livestock.

Few cryptids are as storied and as fearsome as the dreaded chupacabra. A blood-sucking creature allegedly the size of a small bear, sometimes with a tail, often covered in scaly skin, and with a row of spines down its back, the chupacabra has been a staple in folklore throughout Mexico, Puerto Rico, and the southwestern United States for decades.

Named after the first animals they were reported to have killed and drained in 1995 (“chupacabra” literally means “goat-sucker” in Spanish), the bloodthirsty creature supposedly moved on to chickens, sheep, rabbits, cats, and dogs. Hundreds of farm animals were ending up dead and bloodless, and people had no idea why. 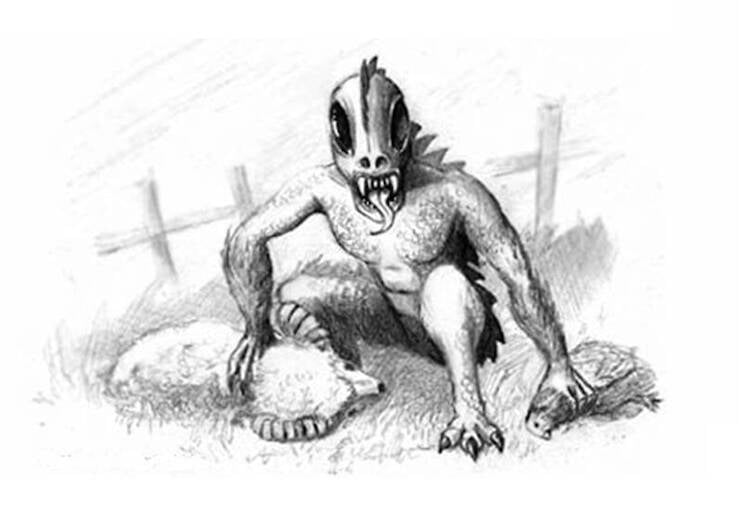 Wikimedia CommonsAn artist’s rendering based on the first description of a chupacabra.

As soon as the word of the Puerto Rican farm animals broke, farmers in other countries began complaining of their own attacks. Animals in Mexico, Argentina, Chile, Colombia, and the United States were all dying similarly gruesome deaths, seemingly with no explanation.

Is The Chupacabra Real?

Before long, word of the chupacabra reached Benjamin Radford, an American writer and general skeptic of chupacabra tall tales. Over the next five years, Radford would make it his life’s work to either track down a living specimen or debunk the legend of the chupacabra once and for all.

His years-long journey took him through forests and farmland across South America and the southwestern United States until he finally found what he was looking for – someone who had actually seen a chupacabra up close and personal. 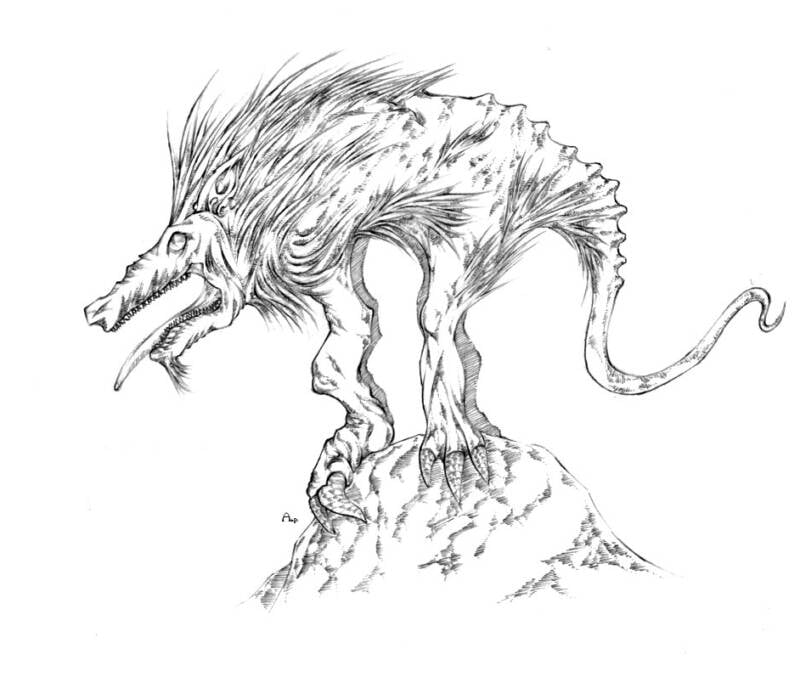 Her name was Madelyne Tolentino, and she’d seen the chupacabra through a window at her home in Canóvanas, a town east of San Juan, in 1995. A bipedal creature with black eyes, reptilian skin, and spines down its back, she claimed, was responsible for the animal attacks that were becoming so commonplace in the country. She said it hopped like a kangaroo and reeked of sulphur.

Other people that Radford tracked down who claimed to have seen the chupacabra themselves corroborated her description, though some insisted the animal walked on four legs instead of two. Some said it had a tail, while others disagreed.

But for years, Radford’s investigation went nowhere. “I was of course initially skeptical of the creature’s existence,” he told the BBC. “At the same time I was mindful that new animals have yet to be discovered. I didn’t want to just debunk or dismiss it. If the chupacabra is real, I wanted to find it.”

Soon another version of the chupacabra — either a distant relative or an evolution — began to emerge. This version was much easier to believe. In place of the reptilian scales covering its body, this new chupacabra had smooth, hairless skin. It walked on four legs and definitely had a tail. It almost looked like a dog. 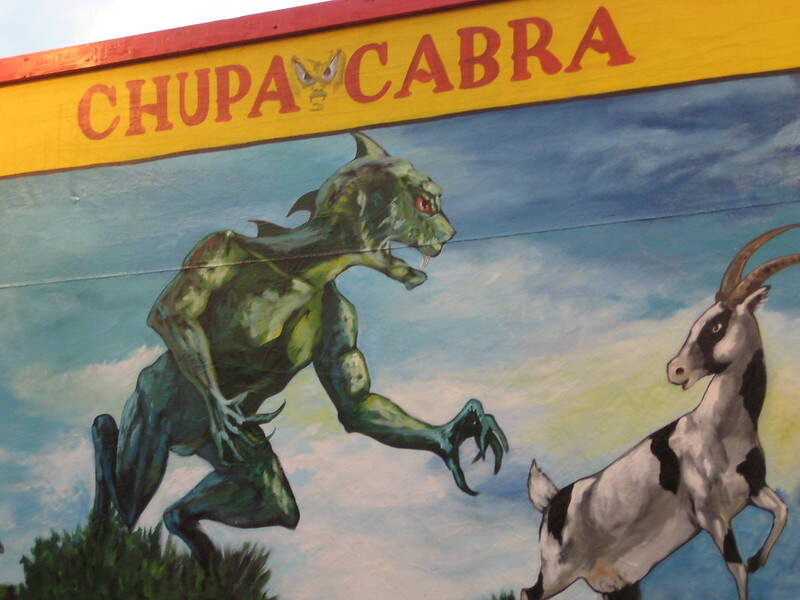 FlickrThe legend of the chupacabra has spread far and wide, leading to many varied interpretations of its appearance.

Terrifying Reports Of Encounters With The Chupacabra

For years, chupacabras were only the stuff of folklore and internet conspiracy theories. Then came the bodies.

In the early 2000s, in Texas and elsewhere in the southwestern United States, people started finding dead bodies resembling the chupacabra’s description — hairless, four-legged creatures with burnt-looking skin. About a dozen have turned up since then.

Farmers and ranchers called the authorities having no idea what these creatures could have been, but it turns out the answer was pretty simple: They were mostly dogs and coyotes.

“The reason these animals get identified as chupacabras is because they’ve lost their hair owing to sarcoptic mange,” Radford explained.

Sarcoptic mange, a highly contagious skin disease fairly common in dogs, forces its sufferers to itch away at mites burrowing under the skin. The skin ultimately loses its hair and becomes abnormally thick, and the itching produces nasty-looking scabs.

A hairless, almost alien-skinned dog? Sounds like a chupacabra. 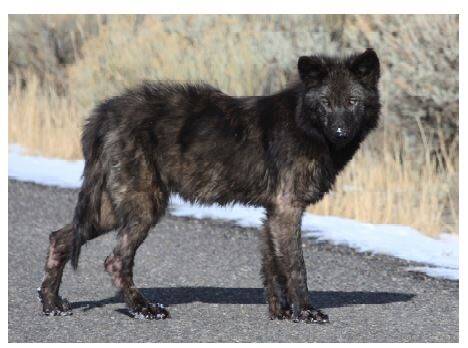 Is There A Blood-Sucking Monster Responsible For The Tide Of Dead Cattle?

“Dogs have never attacked my animals,” a Puerto Rican man told the New York Times in 1996 after he lost five of his sheep to exsanguination.

He may have been mistaken. According to the BBC, it’s not uncommon for a dog to bite another animal and then leave it to die, with no apparent injury besides that original bite mark.

So why has the chupacabra legend stuck? Radford thinks it could have something to do with anti-U.S. sentiment in Puerto Rico.

There’s talk on the island of how the U.S. government conducts top-secret scientific experiments in El Yunque rainforest; to some Puerto Ricans, who already feel exploited by the Americans, it isn’t too much of a stretch to think the U.S. could have created a blood-sucking creature in the lab and allowed it to wreak havoc on local farmland.

And what of the sightings, like Tolentino’s, that don’t remotely match the description of a mangy dog? Radford has an explanation for that, too. 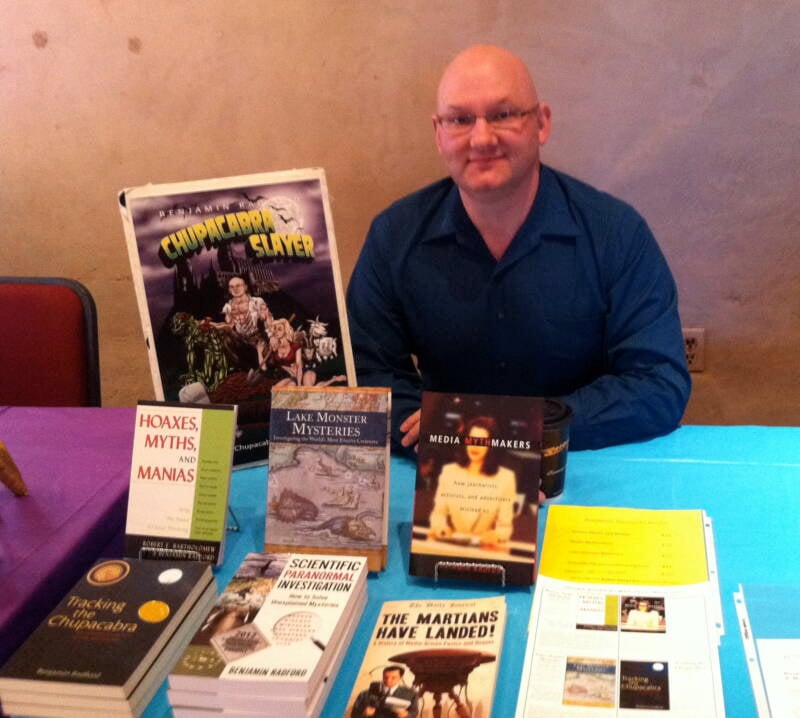 Wikimedia CommonsIf there were a chupacabra scholar certification, Benjamin Radford would have earned it.

In 1995, the same year Tolentino first claimed to have seen a chupacabra, Hollywood released the sci-fi horror film Species, which featured a Canadian model as an alien-human hybrid. The film was partially filmed in Puerto Rico, and Tolentino had seen it.

“It’s all there. She sees the movie, then later she sees something she mistakes for a monster,” Radford said. And thanks to the newly popular internet, the legend spread like wildfire.

Still, every now and then a goat in Puerto Rico will go missing and the town will be buzzing with those who claim to have seen the legendary chupacabra stalking its prey once again.

After learning about the mythical chupacabra, read about other fascinating cryptids like the Bunyip and the Jackalope.