According to Aboriginal Australian folklore, the bunyip waits in billabongs and riverbeds for passing livestock to devour — as well as women and children.

Rumored to lurk in the swamps, billabongs, and creeks of Australia is none other than the bunyip, a cryptid with a cute little name but a terrifying appearance. Amphibian-looking and almost entirely water-dwelling, the creature has been baffling residents of the great Down Under for centuries.

The first reported sighting of this creature was in 1818 in New South Wales — and, as with most stories about cryptids, the tale has grown taller with each telling. So much so that even the word “bunyip” has been adopted into Australian slang. 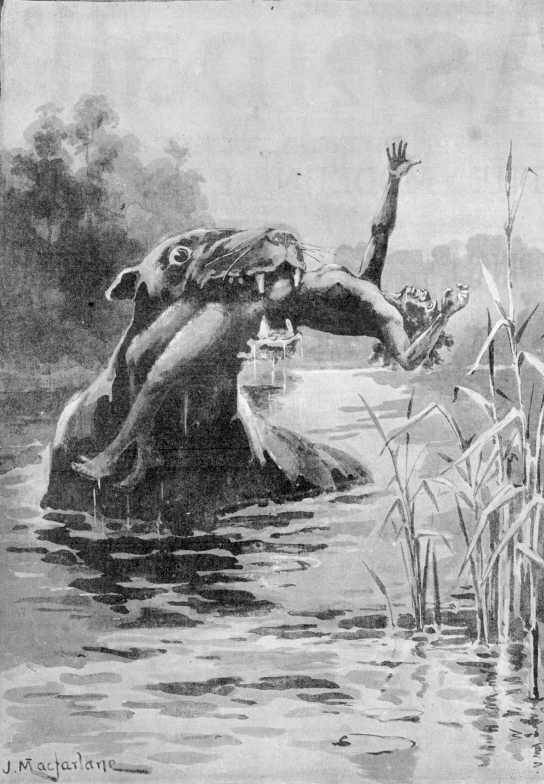 Wikimedia CommonsAn 1890 depiction of the bunyip devouring an Aboriginal man.

But the most interesting part of the bunyip’s entire legend is what it may have been based on in the first place: a harmless baby seal.

The Origins Of The Bunyip

The word bunyip, itself, comes from the Aboriginal Australian word whose closest English analog is “demon,” “Devil,” or “evil spirit.” But according to those familiar with Wemba-Wemba, the Australian Aboriginal language from which the word is derived, even those possible translations are inaccurate.

“There may be some connection between word bunyip and word Bunjil which is “a mythic ‘Great Man’ who made the mountains and rivers and man and all the animals,” writes one such expert. “By the middle of 19th century, the word bunyip has meanings like a pretender, impostor, and humbug.”

And in fact, the word, today, is used in Australian slang to indicate someone who is particularly stupid, almost to the point of being too offensive to exist.

But for all the snark the word carries today, its mere name struck fear and terror in the hearts of many for centuries.

The Bunyip: Fear, Terror, And Death 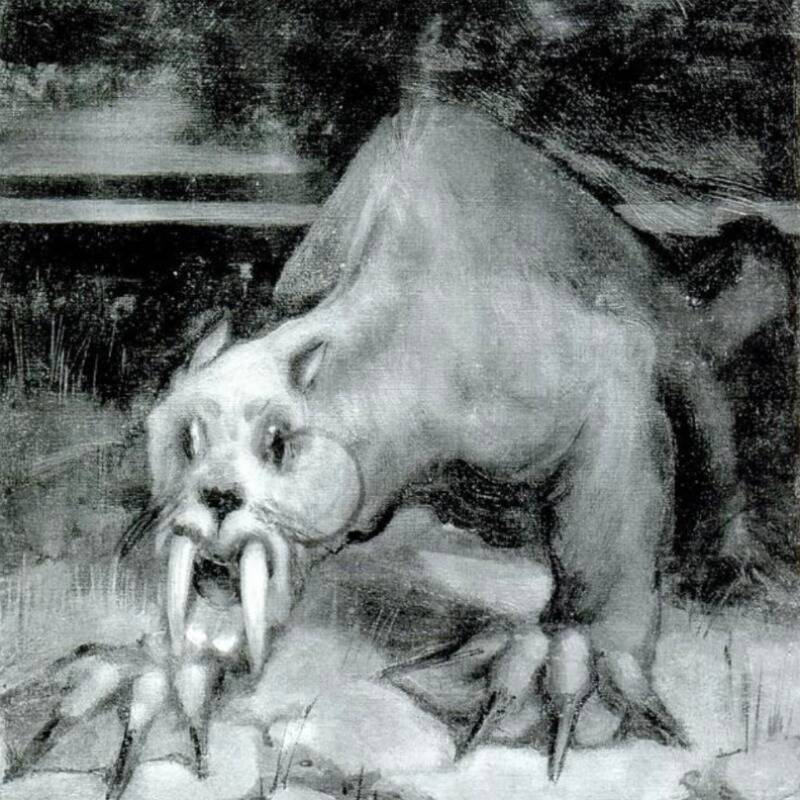 Bunyip encounters have been reported for centuries.

The generally accepted view of the bunyip is that it’s a miserable, smelly creature that lurks in deep, murky waters, waiting for its unsuspecting prey to pass.

Described as having a long neck, a round head, and a body like a manatee, the creature was said to make “roaring noises” before it devoured its prey. The prey, of course, was invariably human, and the bunyip was rumored to prefer the taste of women and children.

An English convict who escaped a penal colony near present-day Melbourne claimed to have seen the bunyip back in the early 1800s while living among the Aboriginal people. According to William Buckley’s account, the bunyip was an “extraordinary amphibious animal” with grey feathers covering its back — and it indeed killed and devoured a woman from his adoptive community.

But, like most cryptids, people who have claimed to spot the mysterious creature are in large supply — but those who actually saw the bunyip, and provided evidence of its existence to the same, are few and far between. As such, the actual descriptions of the bunyip vary from person to person, and it goes without saying that the tale often grows with the telling.

“In some tales, it is a dog-like or seal-like creature,” reports the Australian World Book. “Bunyips have been described as being big as a horse and as small as a dog. They may have flippers, fangs, tusks, one or two eyes, shaggy fur, scales, or horns. Descriptions of the animal’s behavior also vary widely, from a man-eating monster to a timid plant-eating creature that shies away from humans.”

Because of the wildly varied accounts of the bunyip, today’s scientists have all but definitively concluded that it does not exist. And that’s a bit disappointing, to be sure (though, certainly, there’s no shortage of frightening actual creatures in the Australian Outback). So what were these Aboriginal Australians really seeing?

Is It Really Just A Seal?

Since the 1800s, scientists have been trying to explain what the true origins of the bunyip could possibly be. Some scientists believed that the creature was little more than an Aboriginal cultural memory of now-extinct animals like Diprotodon (a wombat), Zygomaturus, Nototherium, or Palorchestes.

This theory, first proposed by Dr. George Bennett in 1871, was continued by modern-era paleontologist Pat Vickers-Rich and geologist Neil Archbold in their book, The History of Australian Vertebrate Paleontology, in the early 1990s. Vickers-Rich and Archbold believe that settlers saw the Dromornithidae, a now-extinct prehistoric bird that was dubbed the “Demon Duck” by modern paleontologists.

In 2017, scientist Karl Brandt again speculated on the bunyip’s possible avian origins. Writing for Australian Birdlife, the scientist claimed that the Aboriginal people had likely encountered a bird known as the southern cassowary, which resembles an American wild turkey more than it resembles a mythical water creature of the deep.

The southern cassowary actually appears to be described in an 1845 article in the Geelong Advertiser and Squatter’s Advocate newspaper. Its description of bright blue eggs, a colorful chest, and a beak with serrated edges “like the bone of a stingray” immediately reminded Brandt of the southern cassowary, and it’s entirely possible that this is what the Aboriginals encountered for so many years.

But the most commonly accepted explanation for the creature was provided in 1933 by an Australian geologist named Charles Fenner.

Fenner paid close attention to the description of a creature with a “long neck, round head, and a body like a manatee” and came to a pretty simple conclusion in his world-renowned book, Bunyips and Billabongs: The cryptid was likely based on the southern elephant seals and leopard seals that frequently make their way up the Murray and Darling Rivers.

Now that you’ve read all about the bunyip, learn about the Titanoboa, a 50-foot prehistoric snake that’s the stuff of many a nightmare. Then, read all about the disturbing legend of Rat Kings, the tangled super-rodents that are equal parts phenomenon and hoax.