What Did Jesus Look Like? Here’s What The Historical Evidence Actually Says

Though Jesus is often portrayed as a light-skinned man with long hair and a beard, the real face of the Son of God was probably very different.

The Bible says very little about Jesus Christ’s physical traits. And for centuries after his death, likely due to concerns about idolatry, artists did not create depictions of the Son of God. So what did Jesus look like?

If we believe famous Renaissance artists, then the Christian Messiah had flowing hair and a long beard. He also had pale skin, as seen in Leonardo da Vinci’s The Last Supper or Michelangelo’s The Last Judgement.

But these iconic artistic depictions of Jesus look nothing like a typical first-century Jewish man in the Roman province of Judea. While we have no solid evidence of what the real face of Jesus looked like, he probably did not resemble the paintings hanging in most Western churches today.

How Jesus Came To Be Depicted As A White Man 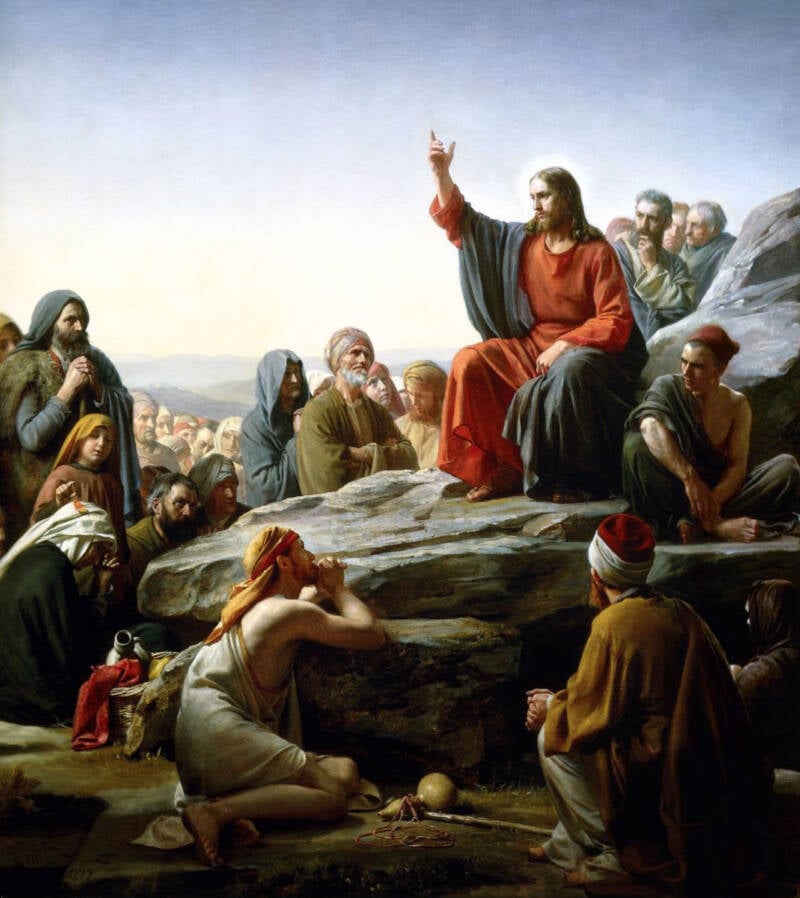 Generations of Western artists have portrayed Jesus as a pale-skinned man with long, brown hair and a beard. Some, like Warner Sallman in his painting “Head of Christ,” have even depicted Jesus as a blonde man with blue eyes. But the Son of God wasn’t always illustrated in this manner.

The portrayal of Jesus has changed quite a bit throughout the centuries. The artists of the earliest paintings of Christ were not concerned about historical accuracy, but rather symbolism. They wanted to depict his role as a savior, and they simply modeled him after the typical styles of the time.

One example of this is Jesus’ facial hair. Before the fourth century, images showed a clean-shaven Jesus. Then, around the year 400, artistic depictions of Jesus started including a beard. Was the historical Jesus a bearded or beardless man? The oldest image of Christ does not shed much light. 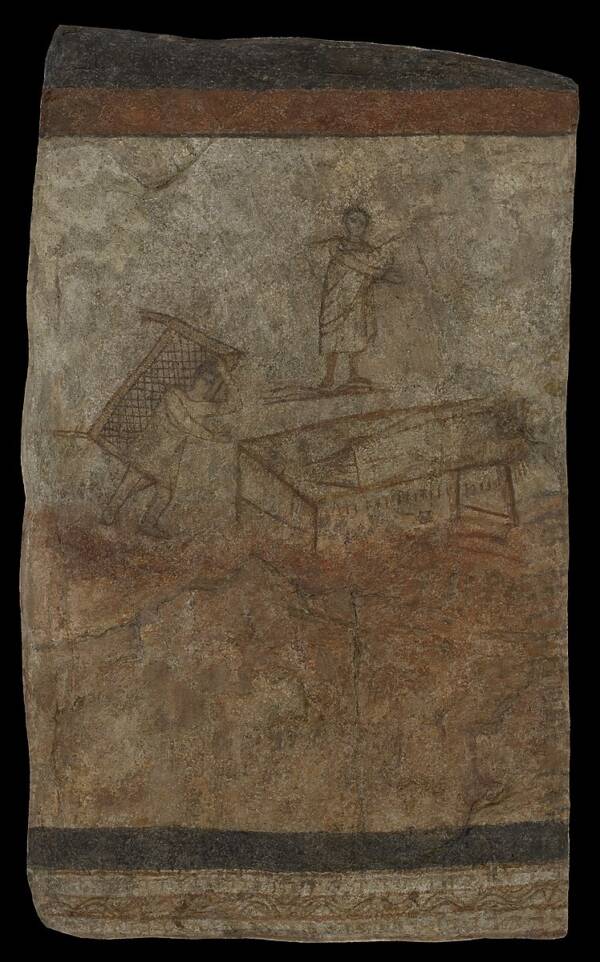 Yale University Art GalleryOne of the earliest depictions of what Jesus looked like, from circa 235 C.E.

Only discovered in the 20th century, the fresco dates back to 235 C.E. Known as the “Healing of the Paralytic,” the image shows Jesus with short hair and no beard. But even this early depiction was created about 200 years after his death, which makes it difficult to confirm the accuracy of his appearance.

As seen in paintings dated after the year 400, Christian artists around the world later began depicting Jesus in their own image. In Ethiopia, depictions of Jesus had African features, while Indian Christians drew Jesus with South Asian features. Meanwhile, European artists continued that tradition, imagining Christ as a fair-skinned man with European characteristics.

And as European colonialism spread across the globe, the European version of Jesus followed — and emerged in many countries. But according to most scientists and anthropologists, this is not what Jesus really looked like.

How Modern Research Revealed A More Accurate Depiction Of Jesus

New developments in forensic anthropology have allowed researchers to form a better idea of what Jesus actually looked like. In 2001, Richard Neave, a British expert in forensic facial reconstruction, used modern science to recreate the face of a first-century Judean man like Jesus.

Using an Israeli skull dating back to the first century, Neave and his team used computer programs, clay, and their knowledge of historical Jewish and Middle Eastern features to create a face that might have hypothetically belonged to a neighbor of Jesus — or perhaps even Jesus himself.

Neave’s work appeared on the BBC documentary series Son of God, which chronicles the life of Jesus using scientific and historical evidence. Jean-Claude Bragard, the producer of the series, said of the recreation, “Using archaeological and anatomical science rather than artistic interpretation makes this the most accurate likeness ever created.”

He continued, “It isn’t the face of Jesus, because we’re not working with the skull of Jesus, but it is the departure point for considering what Jesus would have looked like.” 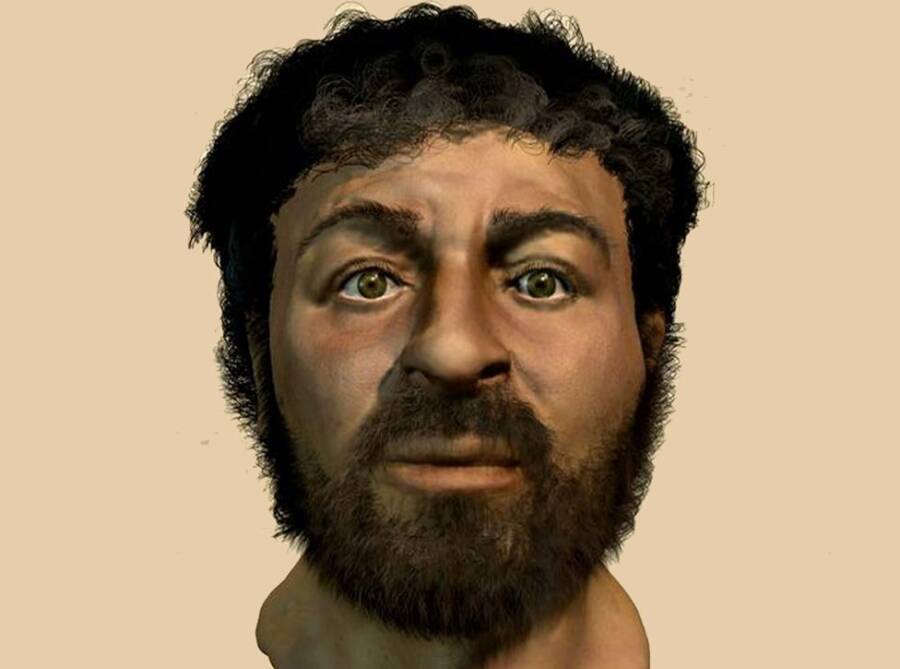 BBCRichard Neave’s forensic reconstruction of the face of a first-century man from Judea.

The forensic reconstruction looks nothing like the Jesus depicted in European art. Instead, it shows a man with tan, olive-toned skin. He has dark, curly hair cropped close to his head and a short beard.

While most men in the first-century Levant shaved their faces, it is possible that Jesus may have worn a beard. After all, he spent much of his time as a wandering preacher, which probably left him little time to groom. Still, the beard would have likely been short, as seen in Neave’s facial reconstruction. So where did the image of the long, flowing locks come from?

Back in ancient times, many artists in Europe depicted the Greek and Roman gods with long hair and beards. So, when Christianity became the official religion of Rome, artists might have borrowed from those older historic artworks to show Jesus with long, silky hair and a beard.

In 2018, Joan Taylor, a professor of early Christianity and Second Temple Judaism at King’s College London, published What Did Jesus Look Like?, a historical study into Christ’s appearance. Drawing on textual and archaeological sources, Taylor suggests that Jesus was around 5’5″ tall — the average height seen in male skeletons from the same time and place.

Like others in Judea and Egypt, where Jesus briefly lived, the historical Jesus likely had dark hair, tan skin, and brown eyes. (This image matches up with Neave’s forensic reconstruction.) As for his clothing, he would have probably worn a woolen tunic, likely with a cloak, and sandals.

“I think what you would recognize Jesus as being is just really someone who looked very poor,” explains Taylor.

All in all, most modern researchers agree that he would have looked like a first-century Jewish man. After all, The Letter to the Hebrews declares, “It is clear that our Lord was descended from Judah.” 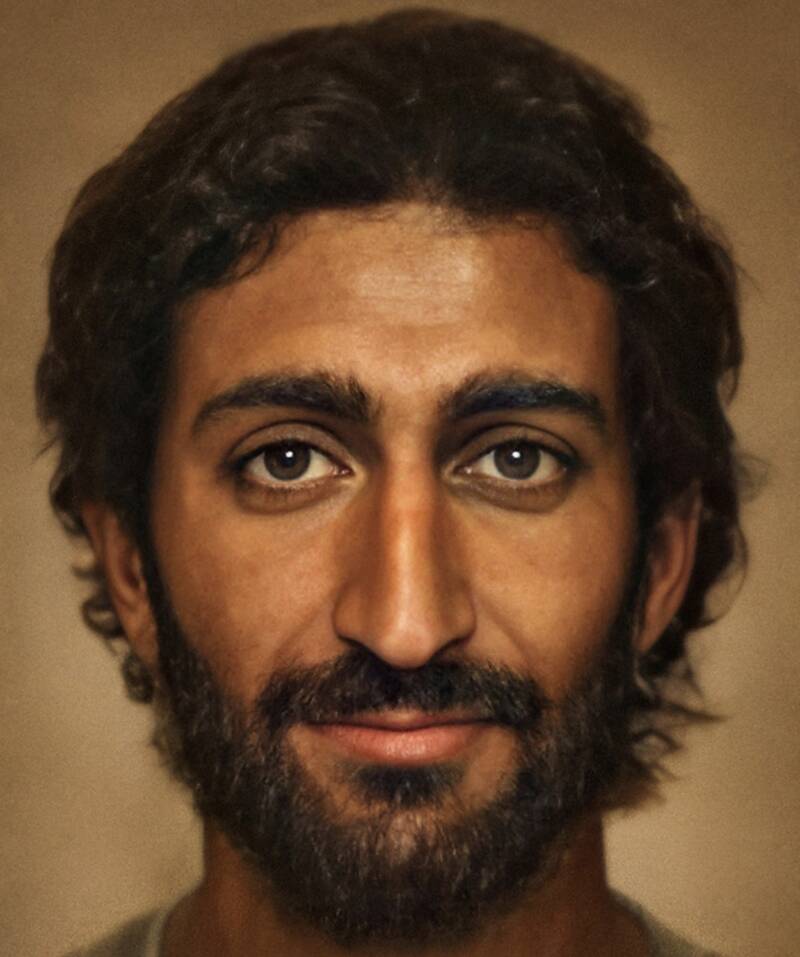 Interestingly enough, historical texts from the era of Jesus report that Egyptians could not visually identify Jewish people. That strongly hints that most Jewish men, including Jesus, did not look that drastically different from Egyptians and men of the Levant during that time.

Some experts also say that Jesus was likely not a particularly handsome man. The Bible points out the “fair looks” of figures like David and Moses. From that, Taylor concludes that had Jesus been handsome, the gospel writers would have noted his looks in a similar fashion.

Taylor writes that Jesus did, however, likely sport a lean, muscular look thanks to his work as a carpenter and all of the walking he did.

“Jesus was a man who was physical in terms of the labor that he came from,” Taylor tells Live Science. “He shouldn’t be presented as… someone who was living a soft life, and sometimes that’s the kind of image we get.”

We will probably never know exactly what Jesus looked like. But modern reconstructions based on forensic anthropology, archaeology, and historical texts likely come much closer than any artistic interpretations.

After learning about the real face of Jesus Christ, read about Jesus’ real name. Then, take a look at Judas Iscariot, the man who betrayed Jesus.