Archaeologist Says He Found The ‘Face Of God’ While Examining 3,000-Year-Old Artifacts

Several head figurines and other artifacts were found among different sites within the territory where the ancient Kingdom of Judah once stood. 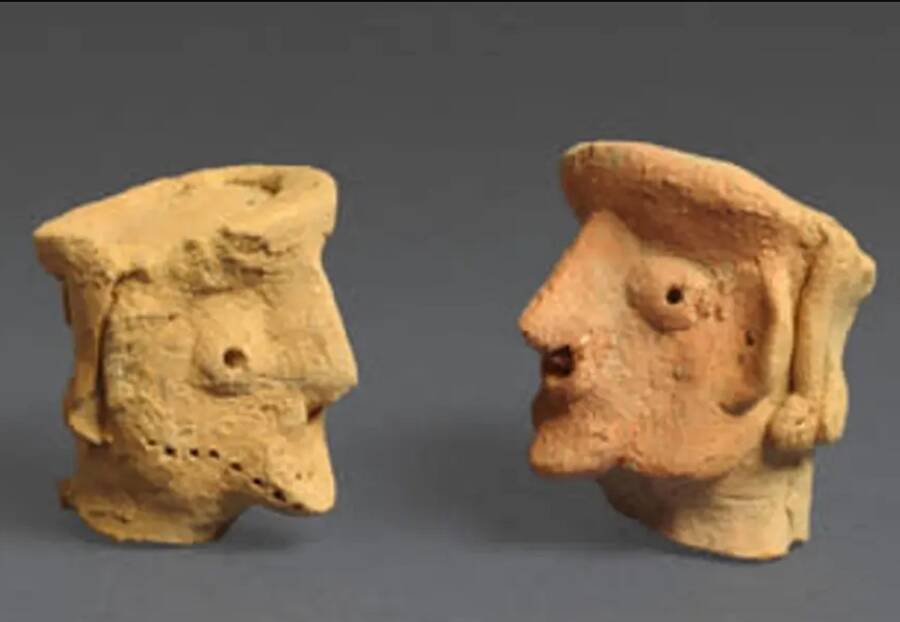 The Jerusalem PostSeveral head figurines dating back to the 9th century may have been meant to depict the ‘face of God.’

Sometimes archaeologists uncover the most shocking discoveries while examining ancient artifacts. For Yosef Garfinkel, head of the Institute of Archaeology at the Hebrew University of Jerusalem, what he found during an inspection of 3,000-year-old artifacts may have been the ‘face of God.’

But other archaeologists aren’t so sure about his claims.

According to The Jerusalem Post, Garfinkel and his team studied several male figurines that were found dispersed among three different sites in the territory where the ancient Kingdom of Judah would have stood.

According to Garfinkel, these sculptures represented a visible image of Y-H-W-H — read ‘Yahweh’ — the Tetragrammaton name of ‘God’ based on Jewish tradition. This finding would mean worshippers created depictions of God’s likeness on religious artifacts, otherwise known as idolatry, a practice forbidden in biblical scriptures such as the Torah.

The publication of Garfinkel’s findings, which was the cover story of the August issue of Biblical Archaeology Review (BAR), has caused a stir among religious scholars in Israel, with many accusing the researcher of indulging in sensationalist news. 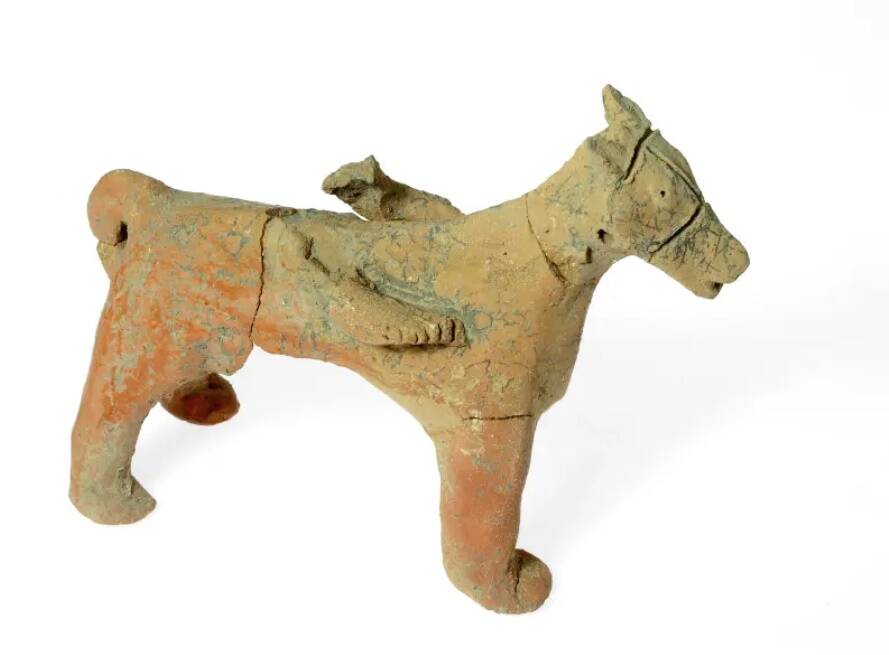 The Jerusalem PostGarfinkel argues that the Hebrew Bible described God as a ‘rider,’ making the connection to this horse with an invisible rider.

“When we uncovered the first figurine in Kirbhet Qeiyafa in 2010, there were no parallels to it,” said Garfinkel, who is co-director of the excavations at Kirbhet Qeiyafa. “Only two years later two similar heads were found in Tel Moza. When I saw how similar these three heads were, I started looking for more items, and I found two similar objects in the Moshe Dayan Collection at the Israel Museum.”

The clay figurines had features that resembled eyes, ears, and a nose. Photos of the 9th-century artifacts do appear to bear facial features, though quite rough in their shapes.

Garfinkel said the artifacts in Tel Moza were uncovered inside a temple, while in Kirbhet Qeiyafa they were found in an administrative building on top of the site, adding, “In both cases, we are not speaking about private but public spaces.”

The figurine heads at Tel Moza were unearthed near horse figurines, while one of the artifacts from the museum’s collection depicted the head as riding a horse but with no body in between.

Garfinkel noted that in the Hebrew Bible, God is sometimes described as a rider. He dismissed the idea that the figure could have been a depiction of a certain king instead since the idea of monarchy as divinity did not align with any known traditions in Judah.

As such, Garfinkel claims the discovery suggests Israelis had been producing artifacts depicting God’s persona while under the rule of King David and King Solomon. 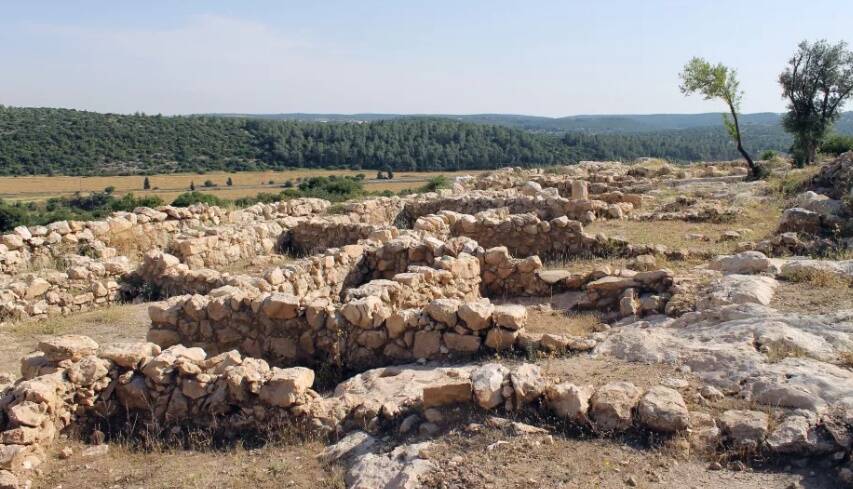 “Now the question is: Who is the god they represent? We are familiar with the Canaanite pantheon and all its different gods, and we have Canaanite figurines depicting them,” he said. “However, these figurines are completely different, so they don’t portray one of them. We know that in Judah there was a new god. If this is not the God of Judah, who could it be? This is my understanding of it.”

He added: “If the people of Israel were not making statues, why would the biblical text be so concerned with the issue?” The practice of idolatry in ancient Israel was said to have been widespread until the First Temple was destroyed in 586 BCE

Other experts have swiftly dismissed Garfinkel’s theories including the directors of the Tel Moza excavation, Oded Lipschits, who also heads the Sonia and Marco Nadler Institute of Archaeology at Tel Aviv University, and Shua Kisilevitz, an archaeologist with TAU and Israel Antiquities Authority.

They responded to Garfinkel’s findings in an op-ed penned together alongside TAU’s Ido Koch and David S. Vanderhooft from Boston College.

“Unfortunately, the article is riddled with factual inaccuracies in the presentation of the finds and a flawed methodological approach that disregards available evidence, the detailed publications of the Moẓa temple and its cultic artifacts, and the extensive scholarly literature on ancient coroplastic art on the one hand, and the study of religion in ancient Israel on the other,” read the response article.

They also countered that the archaeologist’s bold conclusion “categorically disregards of all previous typological, technological, iconographic, and contextual discussion of the figurines from Moẓa and the rest of the region.” The response article is slated to be published in the next issue of BAR.

Next, take a look at the 9,000-year-old city that was unearthed near Jerusalem and read about the archaeologist who believes he uncovered a wealth of secrets in King Tut’s tomb.