What Was Jesus’ Real Name? ‘Yeshua’ And The Story Behind It

Jesus' real name, Yeshua, evolved over millennia in many cases of transliteration that took it from Yehōshu'a to Iēsous to Jesus.

Regardless of religious belief, the name “Jesus” is nearly universally recognizable. However, it may come as a surprise that the name millions of Christians all over the world are implored not to take in vain was not actually “Jesus” at all.

Controversial though the claim may sound, at heart it is really more of a translation issue.

What Was Jesus’ Real Name? 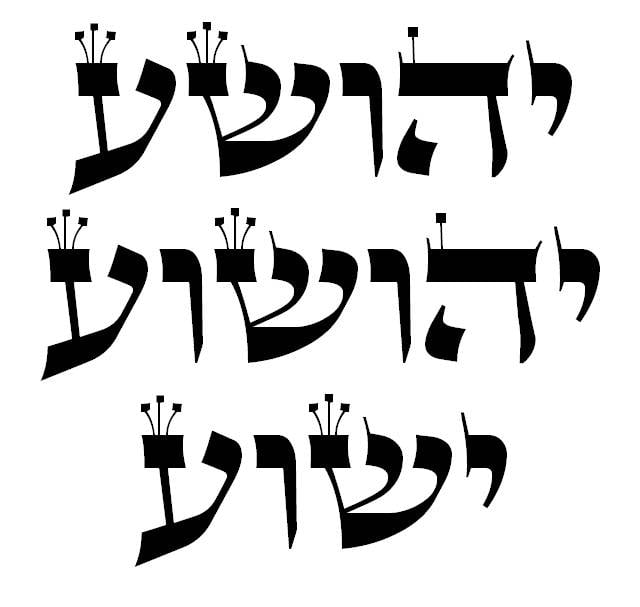 Of course, neither English nor Spanish were around in their modern form when the real Jesus was actually alive, or for that matter, when the New Testament was written.

Jesus and his followers were all Jewish and so they had Hebrew names — although they would likely have spoken Aramaic. The “J” sound used to pronounce Jesus’ name in English does not exist in Hebrew or Aramaic, which is strong evidence that Jesus was called something different by his contemporaries.

Most scholars, therefore, believe that the Christian Messiah’s name was actually “Yeshua,” a fairly common Jewish name around the time Jesus was alive. Archaeologists have actually found the name carved into 71 burial caves in Israel, dating from the time the historical Jesus would have been alive. This leads to the question of why, if there were evidently so many men named “Yeshua” running around at the time, the name “Jesus” was used for the Messiah.

How “Yeshua” Became Lost In Translation 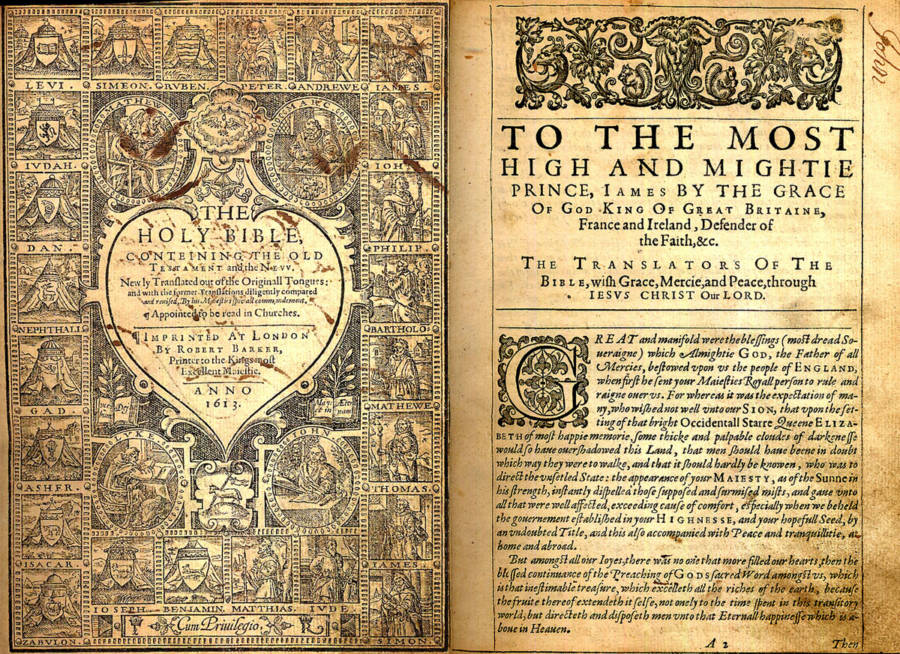 Wikimedia CommonsThe King James bible used the “I” spelling in place of the “J” spelling.

It is precisely this type of transliteration that has evolved “Yeshua” into the modern “Jesus.” The New Testament was originally written in Greek, which not only uses an entirely different alphabet than Hebrew but also lacks the “sh” sound found in “Yeshua.”

The New Testament authors decided to use the Greek “s” sound in place of the “sh” in Yeshua and then added a final “s” to the end of the name to make it masculine in the language. When, in turn, the Bible was translated into Latin from the original Greek, the translators rendered the name as “Iesus.” 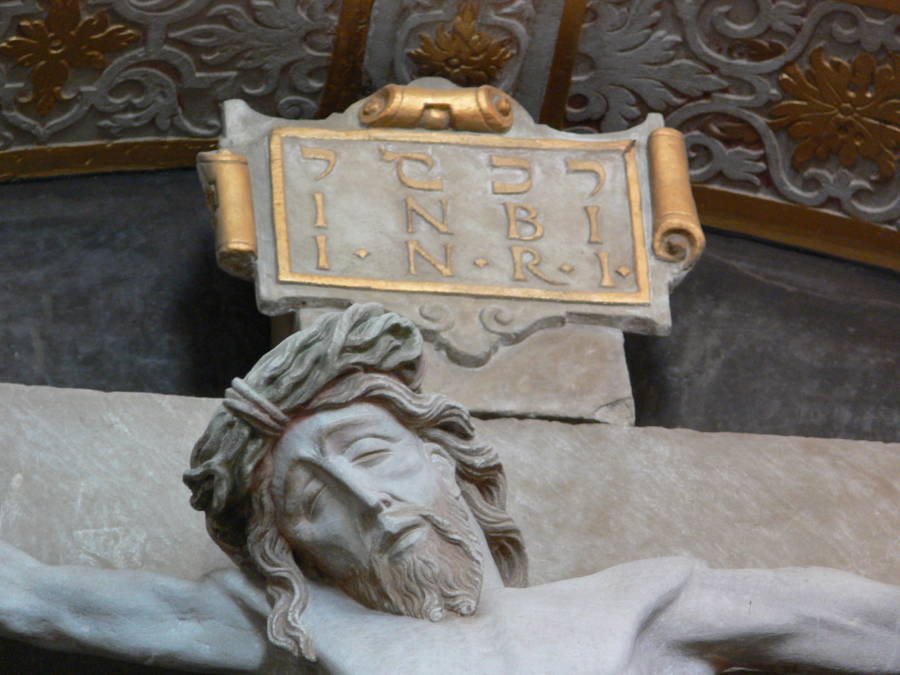 Wikimedia CommonsGerman crucifix depicting the “King of the Jews” sign in Hebrew, Greek, and Latin

In John 19:20, the disciple writes that the Romans nailed to Jesus’ cross a sign stating “The King of the Jews” and that “it was written in Hebrew, and Greek, and Latin.” This inscription has been a standard part of depictions of the crucifixion in Western Christianity for centuries as “INRI,” an abbreviation for the Latin Iesus Nazarenus Rex Iudaeorum, or “Jesus the Nazarene King of the Jews.”

Since Latin was the preferred language of the Catholic Church, the Latin version of “Yeshua” was the name for Christ throughout Europe. Even the 1611 publication of the King James Bible used the “Iesus” spelling.

It’s hard to pinpoint exactly where the “Jesus” spelling came from, although some historians speculate that version of the name originated in Switzerland.

In Swiss German, the “J” is pronounced more like an English “Y”, or the Latin “Ie” as in “Iesus”. When the Catholic Queen, “Bloody” Mary I took the Engish throne in 1553, droves of English Protestant scholars fled, and many ultimately found refuge in Geneva. It was there that a team of some of the brightest English minds of the day produced the Geneva Bible that used the “Jesus” Swiss spelling. 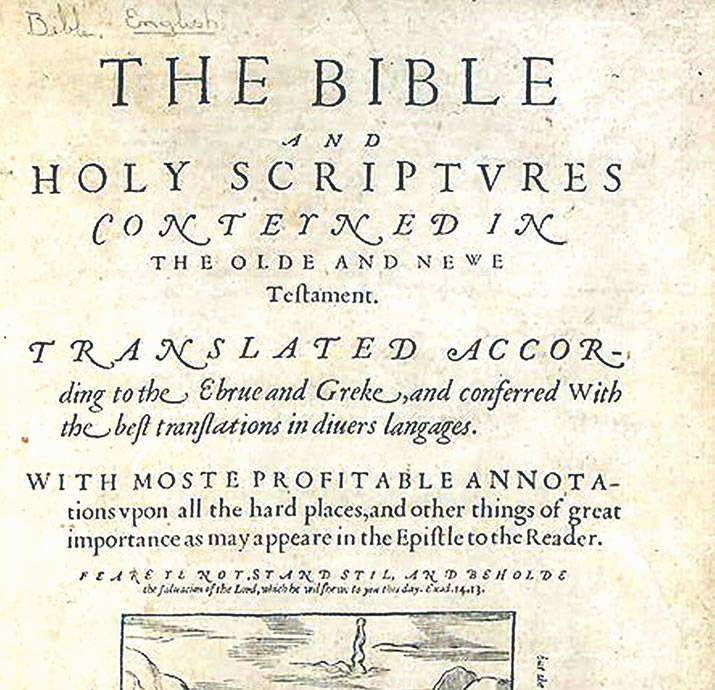 Wikimedia CommonsThe Geneva Bible helped to bring about the popularization of the “Jesus” spelling.

The Geneva Bible was an enormously popular translation and was the version of the Bible quoted by Shakespeare and Milton. Eventually, it was brought over to the New World on the Mayflower. By 1769, most English translations of the Bible were using the “Jesus” spelling popularized by the Geneva Bible.

After this look at the history of Yeshua and the real name of Jesus, discover why and how Jesus became white. Then, read about the unsealing of Jesus’ tomb.