What Is The Wendigo? Meet The Cannibalistic Cryptid Of Your Nightmares

In the folklore of Plains and First Nations people, the wendigo was once a legendary hunter who turned to cannibalism — and became an insatiable monster.

As the tale goes, the wendigo was once a lost hunter. During a brutally cold winter, this man’s intense hunger drove him to cannibalism. After feasting on another human’s flesh, he transformed into a crazed man-beast, roaming the forest in search of more people to eat.

The story of the wendigo (sometimes spelled windigo or windago) comes from Algonquian Native American folklore, and the exact details vary depending on who you ask. Some people who have claimed to encounter the beast say it’s a relative of Bigfoot. But other reports compare the wendigo to a werewolf instead. 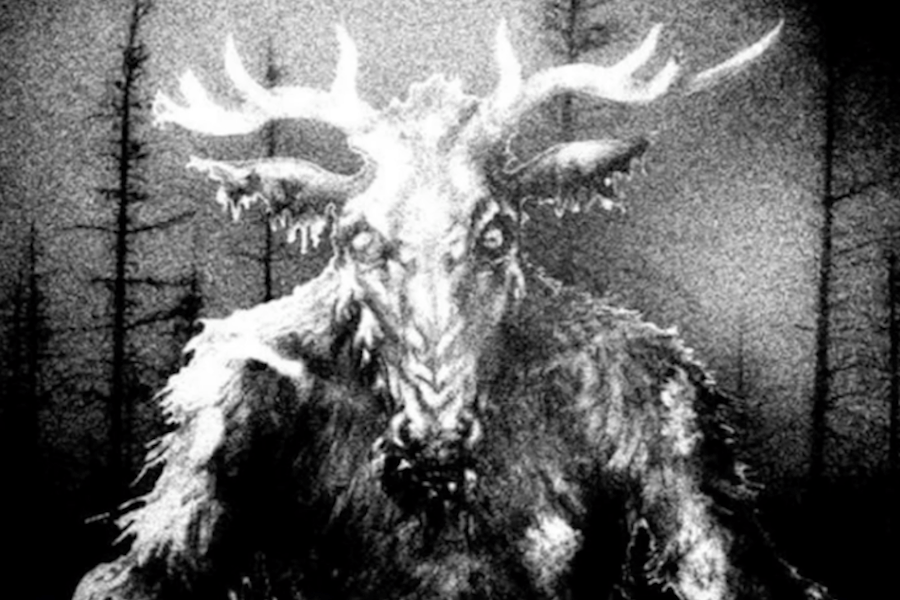 YouTubeAn illustration of the Wendigo, a fearsome creature from Native American lore.

Since the wendigo is said to be a cold-weather creature, most sightings have been reported in Canada, as well as colder northern states in the U.S. like Minnesota. At the turn of the 20th century, the Algonquian tribes blamed many unsolved disappearances of people on wendigo attacks.

What Is A Wendigo?

For being an insatiable predator, the wendigo is definitely not the largest or most muscular beast out there. Though he is said to be almost 15 feet tall, his body is often described as emaciated.

Perhaps this can be attributed to the notion that he is never satisfied with his cannibalistic urges. Obsessed with hunting for new victims, he is forever hungry until he’s eating another person. 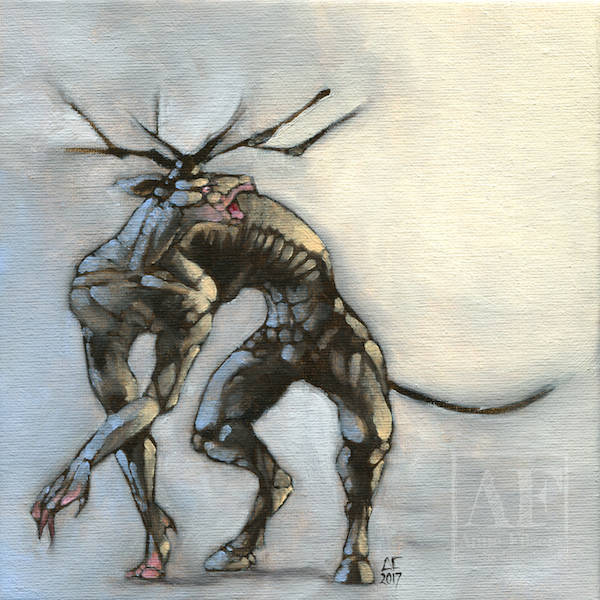 FlickrAn oil painting of the wendigo.

According to Legends of the Nahanni Valley, a Native author and ethnographer named Basil H. Johnston once described the wendigo in his masterwork The Manitous as such:

“The Wendigo was gaunt to the point of emaciation, its desiccated skin pulled tightly over its bones. With its bones pushing out over its skin, its complexion the ash gray of death, and its eyes pushed back deep into the sockets, the Wendigo looked like a gaunt skeleton recently disinterred from the grave. What lips it had were tattered and bloody… Unclean and suffering from suppurations of the flesh, the Wendigo gave off a strange and eerie odor of decay and decomposition, of death and corruption.”

According to ethnohistorian Nathan Carlson, it’s also been said that the wendigo has large, sharp claws and massive eyes like an owl. However, some other people simply describe the wendigo as a skeleton-like figure with ash-toned skin.

But no matter which version sounds the most plausible, this is obviously not a creature you’d want to run into on a hike.

Scary Stories About The Flesh-Eating Monster 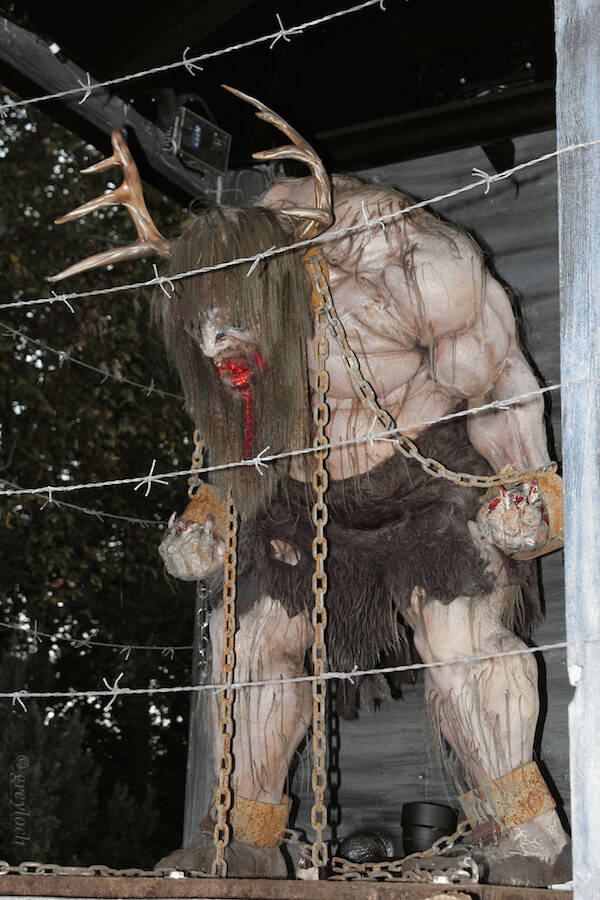 FlickrAn animatronic depiction of a wendigo in a cage on display in “Wendigo Woods” in Busch Gardens Williamsburg.

Different versions of the wendigo legend say different things about his speed and agility. Some claim he is unusually fast and can endure walking for long periods of time, even in harsh winter conditions. Others say he walks in a more haggard manner, as if he is falling apart. But speed wouldn’t be a necessary skill for a monster of this nature.

Unlike other terrifying carnivores, the wendigo doesn’t rely on pursuing his prey in order to capture and eat it. Rather, one of his creepiest traits is his ability to mimic human voices. He uses this skill to lure people in and draw them away from civilization. Once they’re isolated in the desolate depths of the wilderness, he attacks them and then feasts on them.

The Algonquian people say that during the turn of the 20th century, a large number of their people went missing. The tribes attributed many of the mysterious disappearances to the wendigo, thus calling him the “spirit of lonely places.”

Another rough translation of wendigo is “the evil spirit that devours mankind.” This translation is related to yet another version of the wendigo that has the power to curse humans by possessing them.

Once he has infiltrated their minds, he can turn them into wendigos as well, instilling upon them a similar lust for human flesh.

One of the most infamous cases is the story of Swift Runner, a Native American man who murdered and ate his whole family during the winter of 1879. According to Animal Planet, Swift Runner claimed to be possessed by a “windigo spirit” at the time of the murders. Still, he was hanged for his crime.

Frighteningly enough, there were quite a few other stories about these spirits supposedly possessing people in communities stretching from northern Quebec to the Rockies. Many of these reports were shockingly similar to the Swift Runner case.

The Deeper Meaning Of The Word “Wendigo” 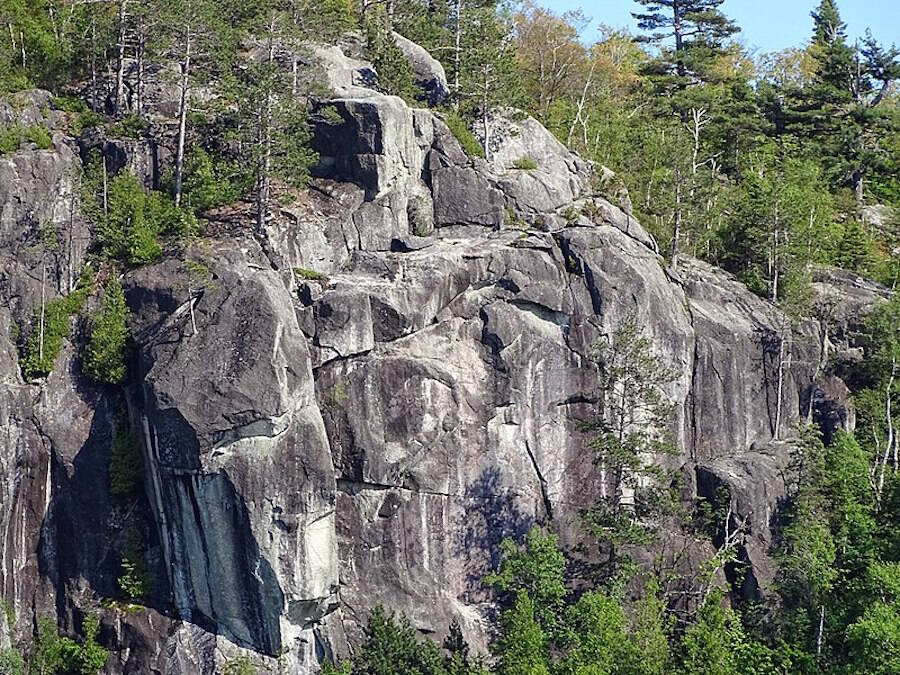 Whether you believe the wendigo lurks in the woods at night or not, this is not just another boogeyman story meant to scare people for no reason. It also has historical significance for many Indigenous communities.

The legend of the wendigo has long been associated with real-life problems like insatiable greed, selfishness, and violence. It’s also linked to the many cultural taboos against these negative actions and behaviors.

Basically, the word wendigo can also function as a symbol for gluttony and the image of excess. As Basil Johnston has written, the idea of “turning Wendigo” is a very real possibility when the word refers to self-destruction, rather than literally becoming a monster in the forest.

According to the book Rewriting Apocalypse in Canadian Fiction, wendigo stories were once viewed as an “illustration” of the violent and primitive nature of the very people telling those stories.

But ironically enough, these stories might actually represent the Indigenous people’s response to the horrific violence unleashed on them by non-Native people. In fact, many anthropologists believe that the concept of a wendigo only developed after the Native people had contact with the Europeans.

Rewriting Apocalypse adds that some modern-day confusion about the wendigo may have to do with certain terms getting lost in translation: “One well-known mistake was traced to the compiler of a dictionary, who entered the information regarding the word ‘Wendigo’ and substituted the word ‘ghoul’ for the appropriate word ‘fool’ because he thought the Native people meant ‘ghoul.'”

But what about those scary wendigo stories that supposedly affected real people? Some anthropologists also argue that wendigo stories — especially those involving wendigo accusations — are linked to stress within the Native American communities. The local tension leading up to such accusations may even be comparable to the fear that preceded the Salem witch trials.

However, in the case of the Native American communities, most of the stress was due to a dwindling amount of resources, not to mention the extermination of food in the area. Under those circumstances, who could blame them for having a fear of starvation?

Just about the only thing scarier might be what one would do if the starvation became too much to handle.

Is The “Real” Wendigo Still Out There Today? 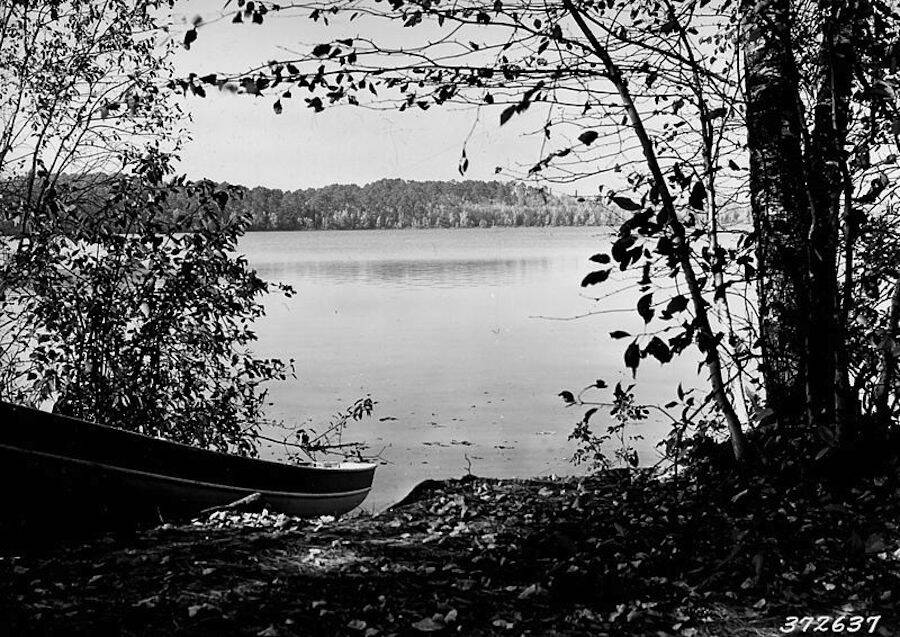 Wikimedia CommonsLake Windigo, in the Chippewa National Forest in Minnesota.

The vast majority of supposed wendigo sightings happened between the 1800s and 1920s. Few reports of the creature have surfaced since then.

But every so often, an alleged sighting emerges. Most recently in 2019, mysterious howls in the Canadian wilderness led some to question whether they were caused by the infamous man-beast.

One hiker who was present said, “I’ve heard many different animals in the wild but nothing like this.”

Much like other legendary beasts, the wendigo remains a fixture in pop culture in modern times. The creature has been referenced and sometimes even depicted in a variety of hit television shows, including Supernatural, Grimm, and Charmed.

Interestingly enough, there are even a couple of lakes today named after the beast, including a Lake Windigo in Minnesota and a Windigo Lake in Wisconsin.

But those who believe in the physical wendigo think he might still be out there in the woods. And underneath that terrifying, flesh-eating demon, there might still be a human man who was once just a hungry hunter.

After learning about the legend of the wendigo, you can check out these 17 real-life monsters. Then you can read about the time it was reported that a 132-million-year-old Loch Ness Monster skeleton was found.