From the vengeful spirits of drowned babies to man-eating supernatural otters, these ancient tales are sure to terrify.

Told beneath a sky full of stars, or in the warmth of a longhouse, Native American ghost stories have been passed down from generation to generation. Though time has passed, they remain as terrifying as ever.

Some stories feature ghosts so fearsome that no one will speak their real name — like the so-called skinwalkers or Stick People. Others weave together tales of cannibalism, drowned spirits, and violent ghouls.

Often, these were told as cautionary tales that implored young ones to be careful of the water’s edge or to avoid causing discord among their family. But more often than not, these Native American ghost stories offer a warning: The world is full of darkness, and it might be closer than you think.

Chindi: The Ghost Created By A Dying Breath 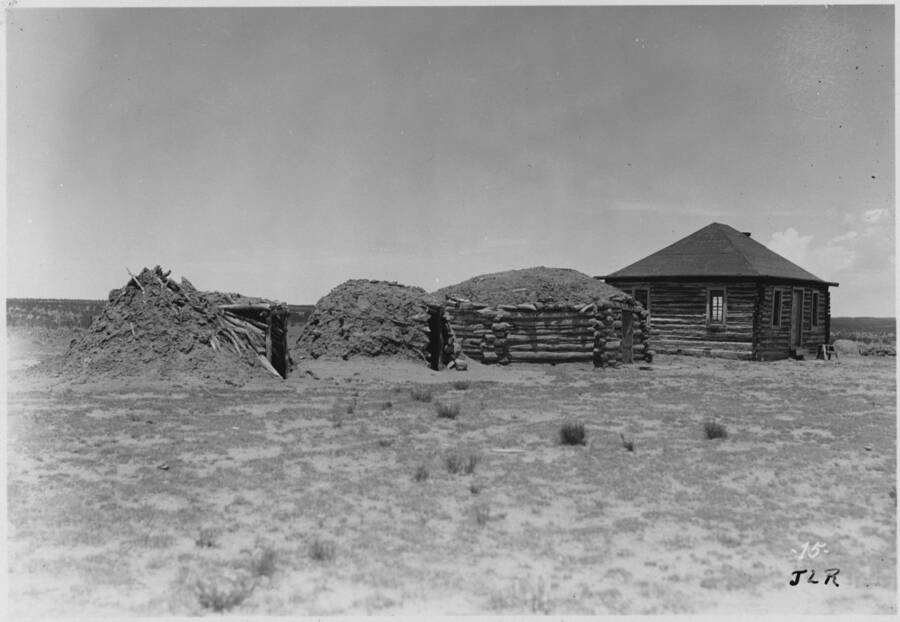 U.S. National Archives and Records AdministrationAny chindi that died in a Navajo home, called a hogan, could potentially infect the inclosed space.

The Navajo believed that death could be a dangerous business. According to the legend of the chindi (chʼį́įdii), a person’s dying breath could contain everything bad or out of harmony about them, and it could become a ghost made of their worst traits.

As this Native American ghost story goes, once set loose, the chindi is said to cause serious harm to the living. After all, they’re filled with the most desperate and dire human characteristics like hatred, jealousy, and greed. They can inflict “ghost sickness,” which causes hallucinations and death, on anyone who crosses their path.

Navajo legend maintains that destroying the deceased’s belongings or refusing to say their name could prevent the chindi from causing serious harm.

Alternatively, they tried to ensure that people died outdoors. That way, the vengeful spirit could disappear in the wind, usually in the form of a dust devil. If the whirlwind spun counterclockwise, that meant the person who died had a great number of evil habits. 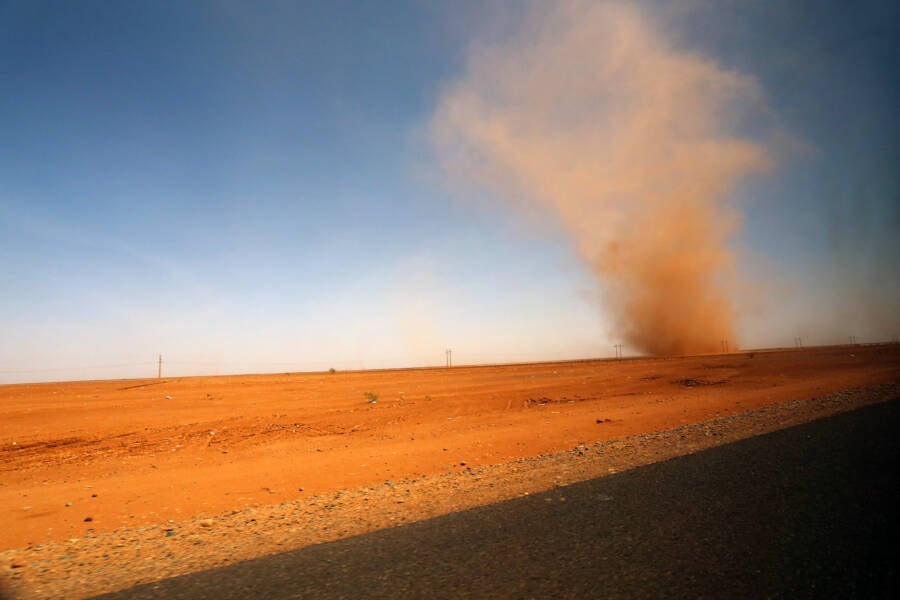 IAEA Imagebank/FlickrNavajo legend states that the chindi appeared as dust devils, and ones that turned counterclockwise were especially evil.

Some Navajo peoples also allegdly employed “ghost beads” to fend off vengeful chindi spirits. These were often hollowed out berries or turquoise strung together.

But the Navajo couldn’t always control where someone died. If a tribal member died indoors, usually in a Navajo dwelling called a hogan, then the living had few options. The chindi now allegedly controlled the residence. So, the living abandoned it.

Some people, however, were said to have used the chindi for their own evil devices. Navajo medicine men could allegedly summon a chindi to attack someone who had wronged them. Other myths claimed that Navajo witches could poison someone with ghost sickness by taking a piece of the corpse and making it into a bead or powder and then slipping it into someone’s food.

Given that, in modern times, most deaths occur indoors, there’s no telling how many chindi could be running amok.