Described as both a beast and a vampire by authorities, Masten Milimo Wanjala began strangling children when he was 16. After drinking their blood, he dumped their bodies around town. 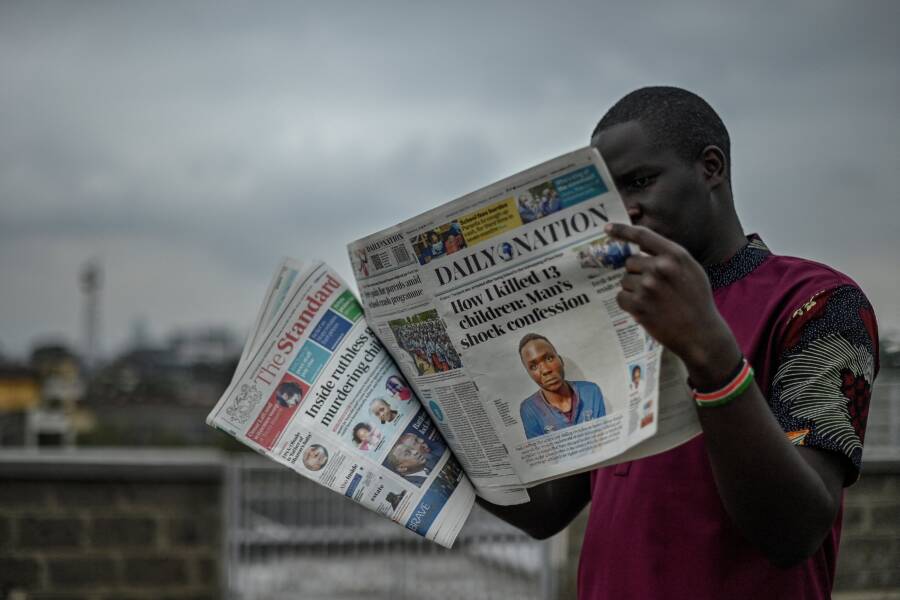 When Masten Milimo Wanjala escaped their custody, police in Nairobi, Kenya, were alarmed. Described as a “bloodthirsty vampire,” the 20-year-old had confessed to killing at least 10 children to suck the blood from their veins. He was on the lam for only two days before locals found him on Oct. 15 beat him to death, and then lynched him.

According to the BBC, Wanjala was spotted by children in his hometown of Bungoma after he ominously joined their soccer game. When his identity became apparent, he ran into the house of a neighbor only for Bungoma’s adult population to drag him outside. Exasperated at police incompetence, they lynched him.

“The Directorate of Criminal Investigations (DCI) was determined to ensure that the suspect faces justice in a court of law for each crime that he committed,” the DCI wrote on Twitter. “However, the law of the jungle as applied by irate villagers prevailed.”

According to The Daily Beast, Wanjala had been in custody since July 14 and vanished before an Oct. 13 court appearance. He had been detained in connection to two child killings before admitting to at least 10 in the last five years. The details were so macabre that incensed locals took matters into their own hands. 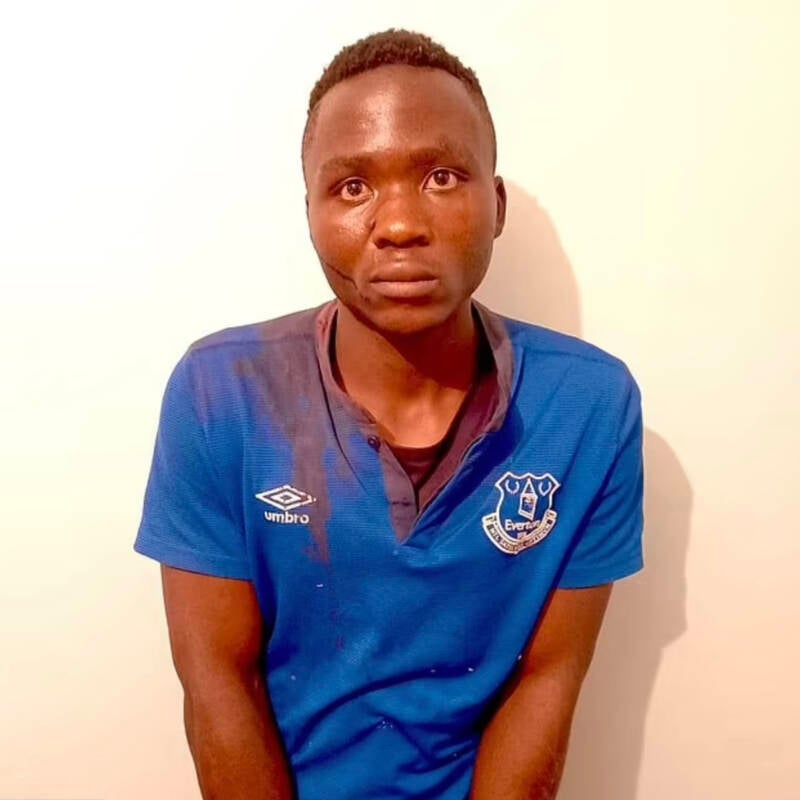 Kenya Directorate of Criminal InvestigationsWanjala was said to derive pleasure from drinking the blood out of his underage victims’ veins.

“Masten Milimo Wanjala, the bloodthirsty vampire arrested earlier today is responsible for at least ten cold-blooded murders of innocent children…” wrote the DCI on July 14. “Wanjala single handedly massacred his victims in the most callous manner, sometimes sucking blood from their veins before executing them.”

Wanjala began the disturbing killing spree in 2016. His first victim was 12-year-old Purity Maweu, who was abducted from her hometown of Kiima Kimwe in the county Machakos, east of Nairobi. Wanjala exclusively targeted children. His second victim was 13-year-old Aron, a boy who vanished in Kimilili in western Kenya.

Kenya had been gripped in fear by the slew of missing children, which grew to a whopping 242 in 2020. Out of the 125 girls and 117 boys reported, most were safely returned to their families — while 10 had been found dead and 18 remain missing to this day. Outrage at police incompetence had festered.

Locals were so enraged that they burned down the house of someone they suspected in Aron’s death. Meanwhile, authorities noted that both Purity and Aron had been “stupefied using a white substance in powder and liquid form, which [they] were either forced to drink or sprayed with before being executed.”

After finding both children strangled and bled, authorities finally identified Wanjala as their primary suspect and placed him under arrest. Police were shocked to hear him confess to a litany of further victims, with regional parents whose children had been reported missing fearing the worst.

“Unbeknownst to some of the worried families, their children were long executed by the beast and their remains dumped in thickets,” the DCI wrote on Twitter in July. “Others were submerged in sewer lines in the city and left to rot away.”

According to the above NTV Kenya news report, Wanjala showed authorities where he murdered some of his victims and helped them locate the remains of two children. Languishing away in custody as police tried to confirm if he had accomplices or not, Wanjala’s court appearance on Oct. 13 loomed ahead — but would never come.

It was during morning roll call on the day of his hearing that officers in Nairobi noticed the inmate had disappeared. Governor Mike Sonko offered a $1,807 reward for information leading to his arrest, but residents of Wanjala’s hometown had found him two days later — strangling and beating him to death. 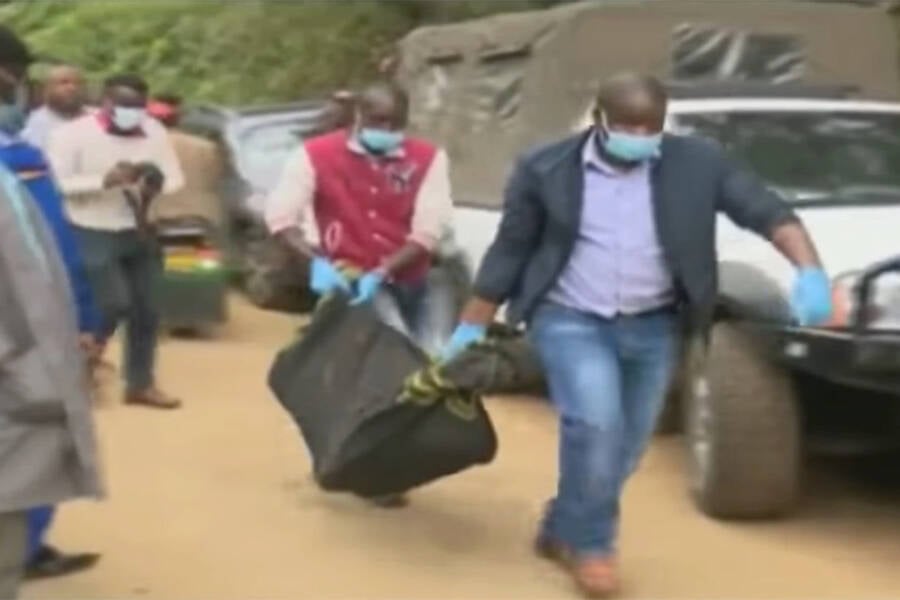 NTV Kenya/YoutubeThe body of one of Wanjala’s victims being recovered.

“He comes from this area and so the children saw him and knew it was him and that is when information spread around and locals started pursuing him,” the DCI explained. “In the end, he ran into a neighbor’s house, but he was flushed out and lynched.”

According to The Daily Mail, the three officers on duty at the time of Wanjala’s disappearance were arrested on charges regarding incompetent neglect or aiding in an inmate’s escape. Meanwhile, police spokesman Bruno Shiosho said authorities were investigating whether the lynched man was indeed Wanjala, at all.

Ultimately, it certainly appears so, as he had returned to the home of his parents who disavowed him only to be relegated outside and be discovered by locals who recognized him. Tragically, the impassioned lynching has left police floundering to find Wanjala’s other victims — and parents with an incomplete sense of justice.

“I would have loved to see him in court, so that I get to know why he did this — while he brutally killed our children and left us with pain,” said Grace Adhiambo, the mother of one of the victims.

After reading about the “bloodthirsty vampire” who killed children and sucked their blood, learn about Liberia’s General Butt Naked eating children’s hearts before battle. Then, read about Richard Case, the “Vampire of Sacramento.”