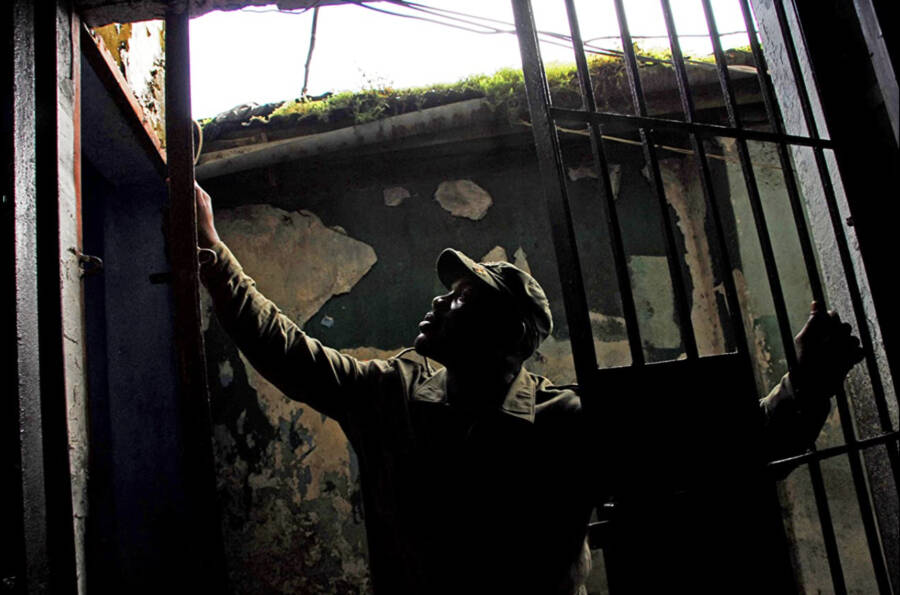 By all accounts, Joshua Milton Blahyi is a reformed man. Once a Liberian rebel commander, he has cast his past aside and devoted himself to the teachings of Jesus Christ. Despite that spiritual awakening, however, he remains best known as “General Butt Naked” — the warlord who fought in the nude and ate human flesh.

During the First Liberian Civil War from 1989 to 1997, Joshua Milton Blahyi butchered children and ate their hearts before battle. He drugged child soldiers to follow suit and earned his nom de guerre from the belief nudity would spiritually protect him.

General Butt Naked liquidated entire villages under the command of Roosevelt Johnson, the leader of a faction of the United Liberation Movement of Liberia for Democracy. The war turned one-third of Liberians into refugees and left 250,000 people dead, just under a tenth of the population.

But in 1996, at the tail end of the conflict, a vision of God appeared before Blahyi, and he became a preacher. Since then, he has worked to rehabilitate child soldiers. And although a governmental body did absolve him in 2008, he has yet to claim absolution from many grieving families — who doubt a child-butchering cannibal could find redemption at all. 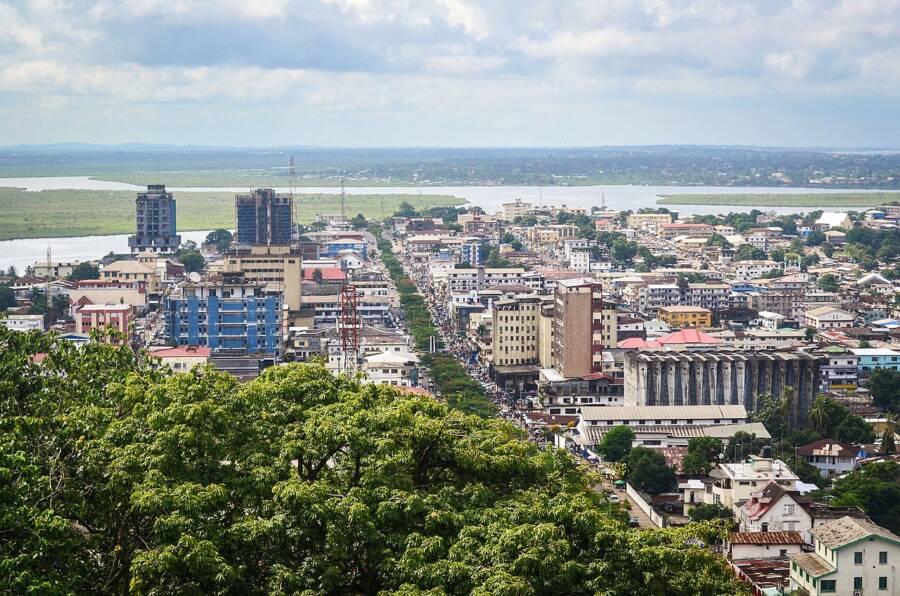 Joshua Milton Blahyi was born on Sept. 30, 1971, in Monrovia, Liberia. He had ethnic Krahn family in rural Sinoe County, in Liberia’s south. Belief in black magic and ritual child sacrifice was common among them.

According to Blahyi’s memoir, “The Redemption of an African Warlord,” he was seven years old when his father voluntarily gave him up to Krahn elders, who deigned him to be a warrior and initiated him as a priest in 1982. It was a post, he said, that required ritual human sacrifice.

Visions would decide who was to be sacrificed, claimed Blahyi. As high priest, he would give the victim’s last name to its village elders. They would then lead a procession to the victim’s “House of Honor,” abducting and sacrificing the child atop an altar. This went on for years, and would continue throughout the war.

“As priest, I said the invocation,” said Blahyi. “The child is killed. His body has different, different parts taken off.” 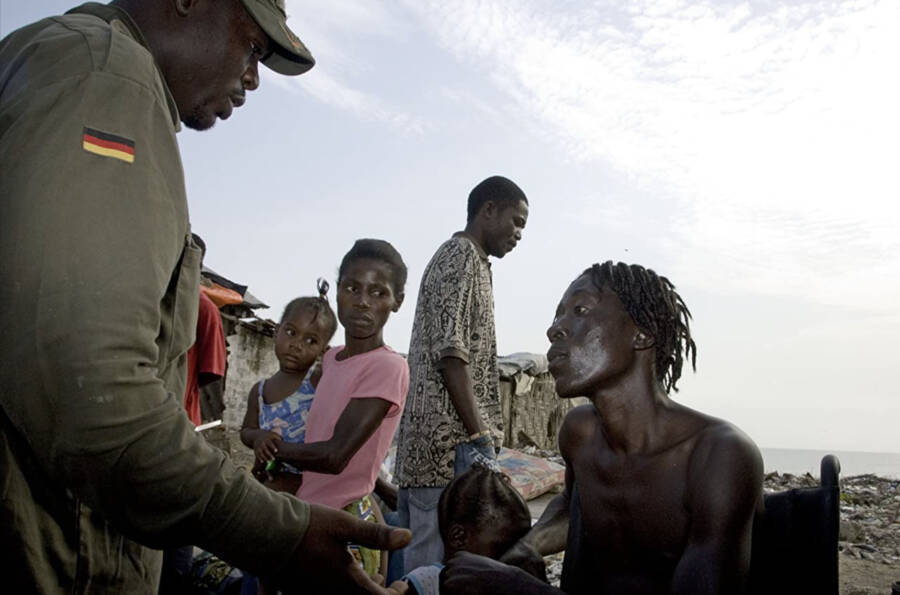 In 1980, Samuel Doe, master sergeant in the Armed Forces of Liberia, staged a coup. Doe was also a member of the Krahn ethnicity and, according to Blahyi, hired him to perform black magic rituals at the presidential palace, including to help him win a second term.

Then, in 1989, Charles Taylor, a former Doe official, toppled the authoritarian government. Ousted for a year before he was captured, Doe was mutilated and executed in November 1990. Liberia had now plunged into civil war.

Ethnic rivalries had suddenly been set in stone, and militias sprang up along ethnic lines. All sides engaged in unspeakable atrocities, like the Monrovia Church Massacre, where 30 Krahn soldiers killed 600 refugees in one fell swoop.

A prominent figure under Doe, Blahyi assumed an esteemed rank and let his superstitions dictate his nom de guerre. To fund his side of the conflict and keep the soldiers drugged, General Butt Naked traded with Mexican cartel members who use the Liberian coast — locally mined diamonds and gold in exchange for guns and cocaine. 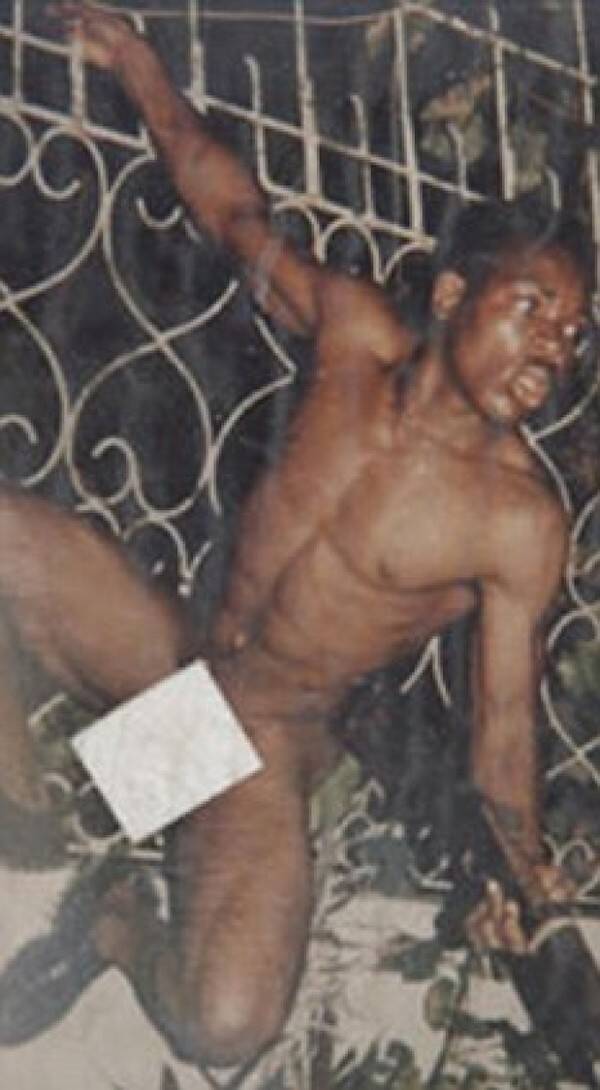 Public DomainGeneral Butt Naked during an an assault.

As part of the pro-Doe United Liberation Movement of Liberia for Democracy (ULIMO), General Butt Naked waged wars of shock and awe without the need of heavy equipment. He wore nothing but sneakers and wielded a machete. He butchered women, children, and babies — eating their hearts and dividing its spoils.

British historian and activist Stephen Ellis said tribal beliefs in cannibalism only proliferated during the war. While most Liberians were either Christian or Muslim, the violence and terror of this brutal conflict led many to reconsider their faith in such practices. After all, General Butt Naked was never hit with a single bullet.

The war-torn nation saw many families pay for protective spells, and offer up relatives as sacrifices when they couldn’t. The streets were riddled with armed and inebriated child soldiers in Halloween masks, littering intersections with human remains. 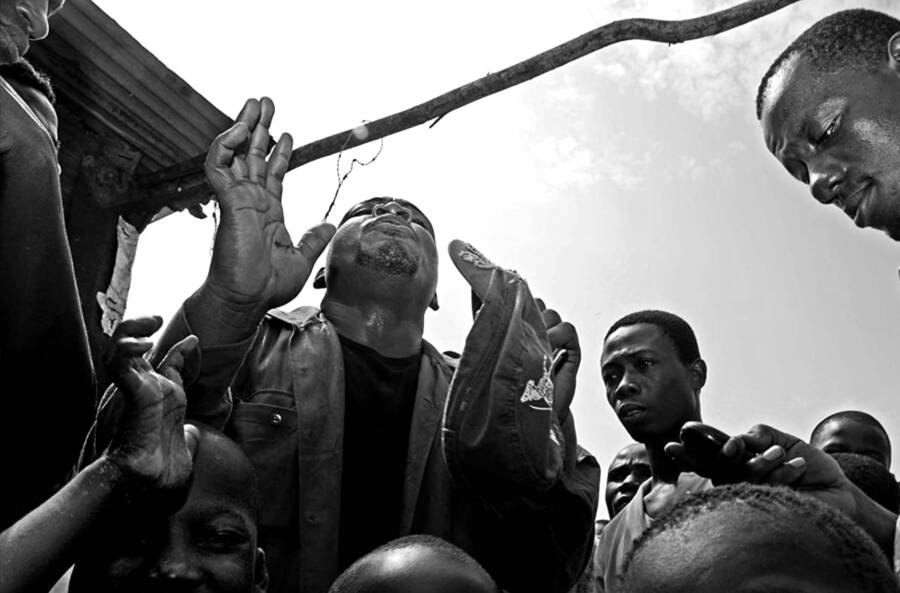 General Butt Naked was a respected priest, and his child soldiers respectfully kneeled and turned away when he began to recite incantations, although they were unaware of how he was manipulating them. Many of these children were as young as nine.

“I planted violence into them. I explained to them that killing people was a game,” he said. “We made them take up arms and consume drugs.”

General Butt Naked lead a brigade of 80 child soldiers, putting drugs in their food to keep them alert and susceptible. Blahyi also said he fed them human remains.

“Any time we captured a town, I had to make a human sacrifice,” he said. “They bring to me a living child that I slaughter and take the heart out to eat it.”

The heart, he would divide up among his soldiers to consume. He estimated that he and his militia had killed at least 20,000 people. But then, in 1996, he had an awakening. 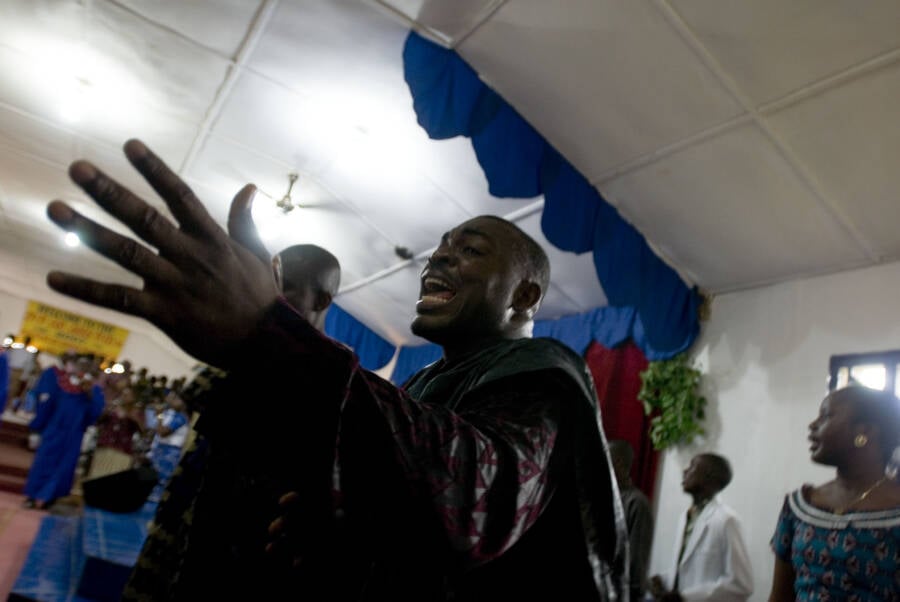 General Butt Naked had just butchered another child and sent his underage troops to bring him clean water from upriver. He was about to eat the boy’s heart and launch into yet another massacre. While the war would continue for one more year, that day in 1996 marked the general’s last moment as a soldier.

“I had a vision where Jesus met me and told me to repent and live or refuse and die, with the bloodstains of the child still in my hands,” he said, claiming his soldiers knelt upon returning. “We don’t have conversations, they only take orders. I retreated from the front. That day, I did not fight, I could not fight that day.”

His conversion took place shortly after April 6, 1996, which marked one of the bloodiest battles of the war, one in which General Butt Naked was seen atop a truck that day with a machine gun in one hand — and a man’s severed genitals in the other.

In July 1997, the country established a constitutional government. But it would not be until 2003, with the conclusion of the Second Liberian Civil War that Liberia formed a Truth and Reconciliation Commission to investigate the bloody atrocities that occurred during the past decade and a half.

The proceedings were broadcast live on T.V., and Blahyi was the first former warlord to offer testimony, in 2008. 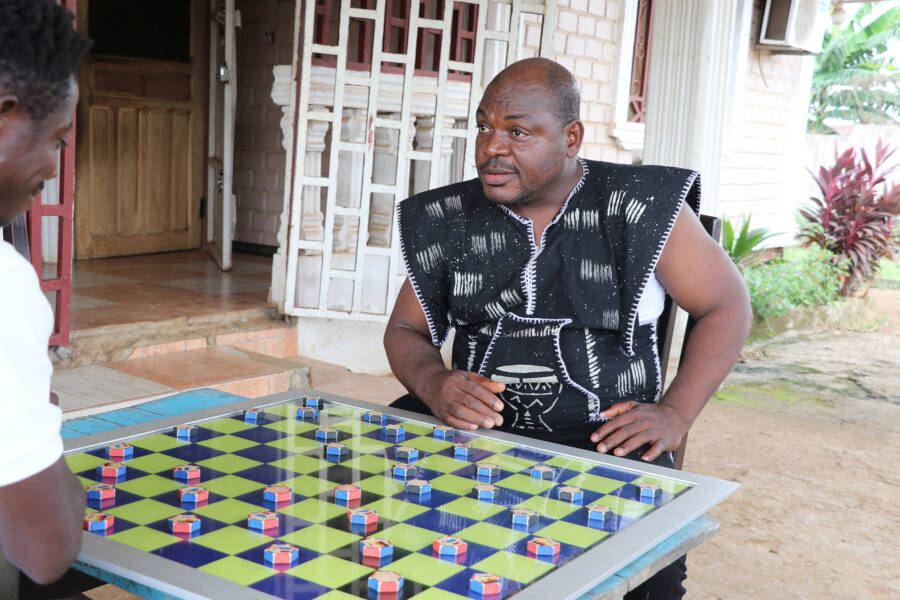 During his testimony, Blahyi spoke candidly, chronicling how he sliced up children’s hearts and shared them with the children he drugged and armed. In the end, he was granted prosecutorial amnesty.

Many were horrified and unconvinced that his “Journeys Against Violence” initiative working to rehabilitate 48 former child soldiers in Monrovia was anything but a ruse. But Joshua Milton Blahyi visits relatives of those he killed and begs for forgiveness to this day.

And although he says that “a few of them have still not accepted,” he appears content.

“He said anyone is willing to forgive, to confess their sins, God will forgive them. So I am very sure the Lord has forgiven me.”

After learning about General Butt Naked, read about Idi Amin — the murderous cannibal who ruled Uganda. Then, learn about African kingdoms before colonization.