As a seldom-sighted creature of myth, Bigfoot is sort of similar to Santa Claus, if Santa Claus was an eight-foot-tall, fur-covered, naked forest monster.

There are those who are convinced that Bigfoot is real, however, and some — such as the Appalachian Investigators of Mysterious Sightings (or AIMS) — have dedicated their lives to finding proof. Whether you believe in him or not, here are ten surprising Bigfoot facts, as told by those who swear that the (hairy) truth is out there: 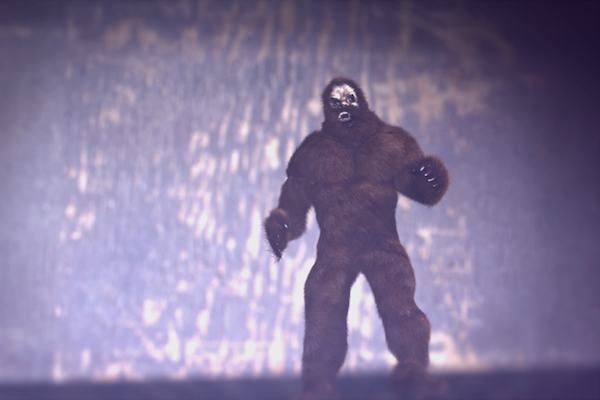 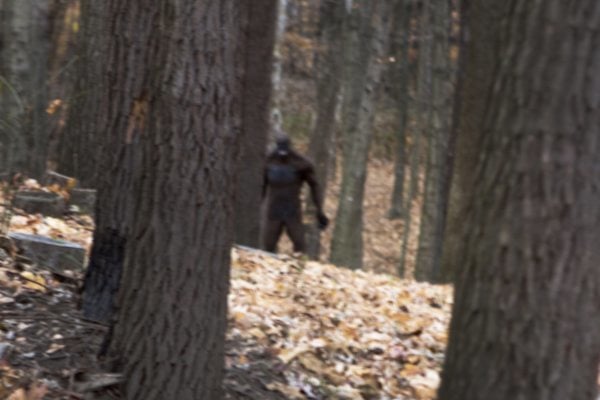 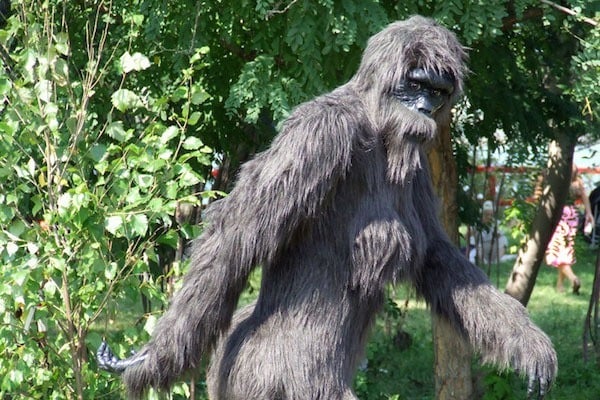 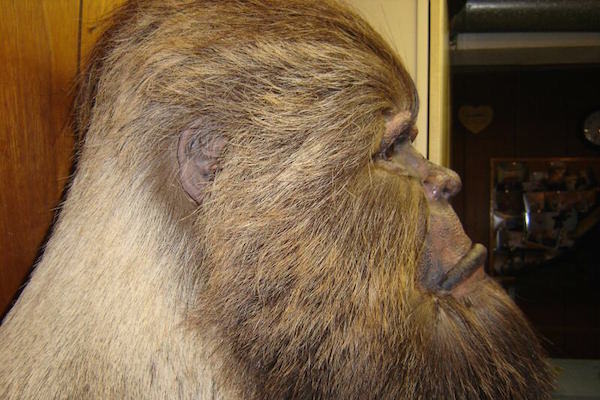 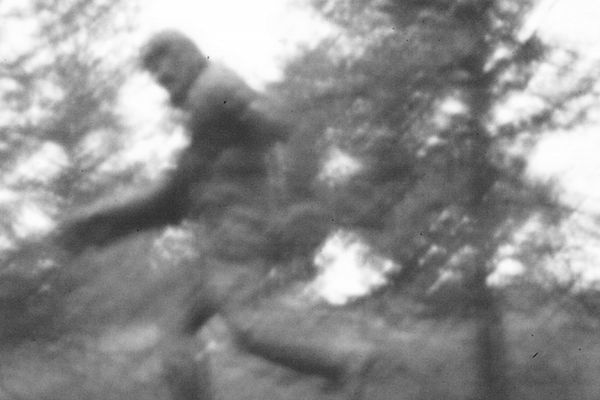 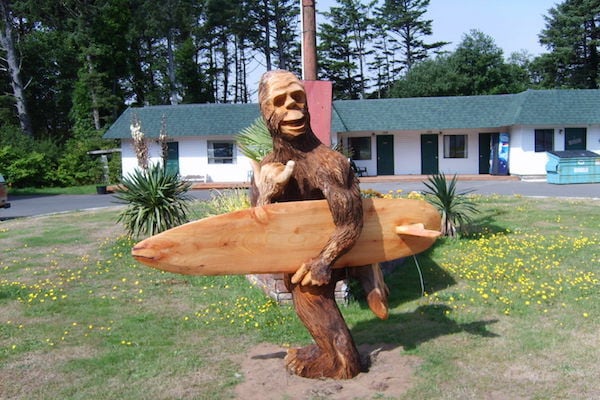 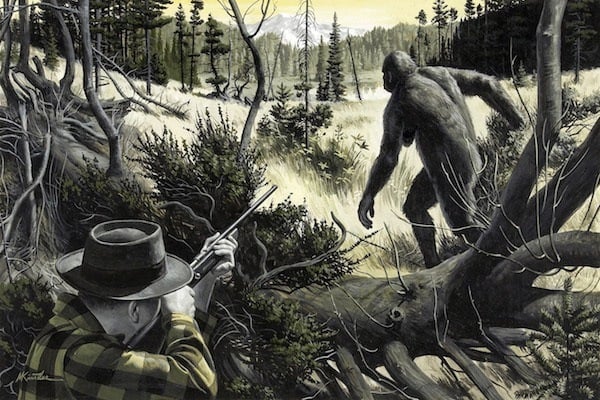 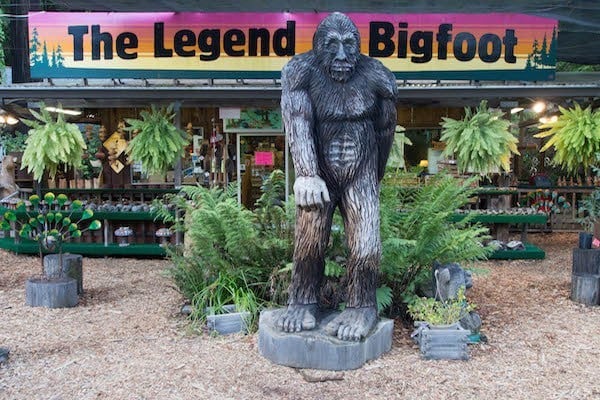 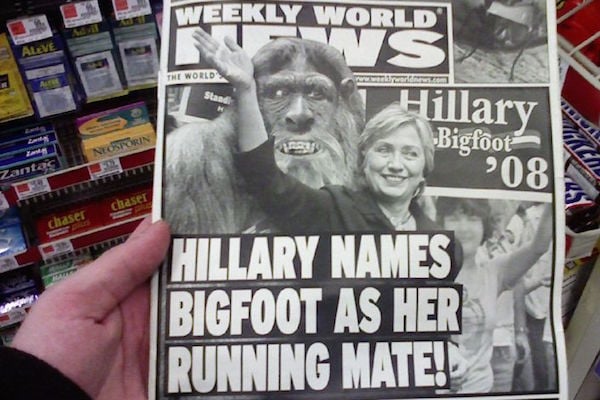 While many cultures have their own version of Bigfoot—including the formidable Yeti of the Himalayas, also known as the Abominable Snowman—America lays claim to several types all of its own. According to AIMS, there are more than 12 different types of Bigfoot inhabiting Appalachia, ranging from the more human-looking Grass Man (rendered above) to the vicious, eight-foot-tall Midnight Whistler.
2 of 11

Native Americans have their own reported sightings of Bigfoot that predate modern accounts by millennia. These come from several tribes, including the Iroquois and Shawnee. One Cherokee legend even tells of a Bigfoot called the Tsul 'Kalu (aka the Cherokee Devil) that married a young girl and was blamed for all of the tribe’s misfortunes thereafter. Flickr
3 of 11

The original Bigfoot makes a sound like a steam engine

First spotted by the Iroquois, the aforementioned Midnight Whistler is thought to be the first clan of Bigfoot to venture beyond the cave systems where they hid from humans. It is believed to have used waterways to spread throughout Appalachia and eventually evolve into the different Bigfoot clans reported today. The nocturnal creature weighs 400 pounds, has jet black fur, and glowing green eyes, and communicates with a booming whistle that allegedly resembles a steam engine.Flickr
4 of 11

Cherokee legend has it that the Tsul 'Kalu had the power to read people’s minds. Present-day witnesses have claimed to lose time after sighting the Bigfoot, similar to the effect reported by those who claim to have been abducted by aliens: Hours pass in the blink of an eye, and the victim is left unable to recall what happened to them. And sometimes, of course, Bigfoot just makes people strip naked and go crazy. Flickr
5 of 11

One suggested reason for the lack of evidence of Bigfoot’s existence is the idea that these creatures bury their dead. There have been several reports of the discovery of Bigfoot burial grounds over the years, and while most come from less than reputable sources, it would perhaps explain why no one has ever stumbled across a Bigfoot carcass in the wild.
6 of 11

Bigfoot and Chupacabra work together to hunt their prey

In Appalachia, Chupacabras are referred to as West Virginia Vampires, thanks to the local belief that they suck on the blood of woodland creatures. AIMS believes that Bigfoot may use Chupacabras the same way hunters use bloodhounds, with the Chupacabras catching the prey and the Bigfoots swooping in to retrieve the body. In return, Bigfoots act as muscle for Chupacabras, protecting them from traps when curious monster hunters get too close. As you might expect, no evidence currently exists to support this theory.Flickr
7 of 11

Some Bigfoot investigators believe the creatures communicate with each other—and even with humans—by knocking on wood with their fists, or possibly a club or stick. This bears similarity to gorillas, who have been shown to clap their hands in warning during instances of alarm.Flickr
8 of 11

One suggestion for Bigfoot’s existence is that it is a member of a race of presumed-extinct apes—the largest who ever lived—who crossed the Bering land bridge from Asia and into the United States. However, no Gigantopithecus fossils have yet been found in America. Flickr
9 of 11

An apple a day does not keep Bigfoot away. According to AIMS’ investigations, one Bigfoot type called a Yahoo has surfaced in the orchards of West Virginia’s rough country, where Golden Delicious apples are abundant. The Yahoo, they claim, is ten feet tall and weighs up to 1,000 pounds, with scat as large as an apple pie. According to at least one news source, Bigfoot also enjoys blueberry bagels.Flickr
10 of 11

Bigfoot has a ruthless streak

The most aggressive Bigfoot in Appalachia is ominously called the Wildman. Alleged to be eight feet tall, 500 pounds, covered in jet black fur, and unafraid of people, the Wildman is a close relative of the Midnight Whistler, but with an even worse temper. In the 1700s, the Shawnee claimed the Wildman was responsible for the deaths of seven members of their tribe.Flickr
11 of 11