Captured in Bluff Creek, California in 1967, the infamous Patterson-Gimlin footage features grainy images of a massive ape-like creature that the filmmakers claim is the legendary Bigfoot. 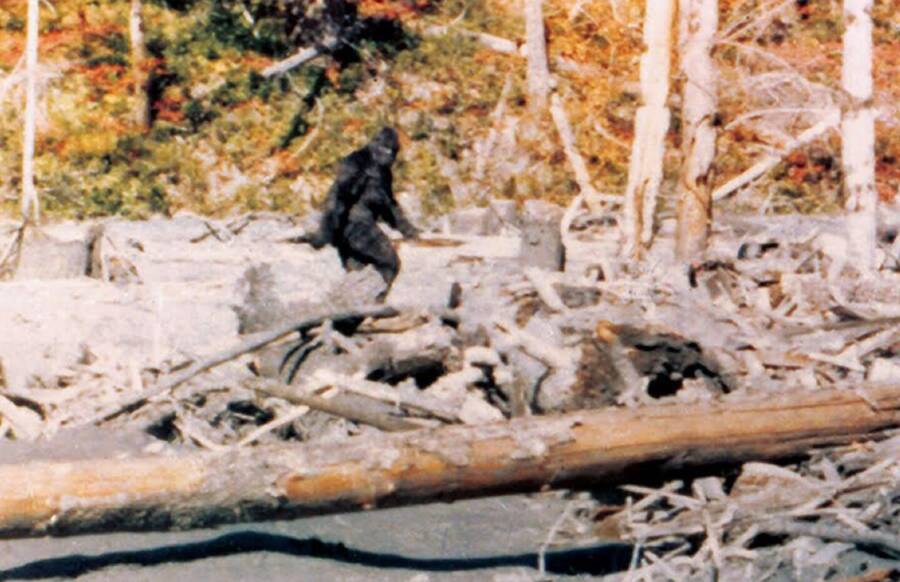 YouTubeThe Patterson-Gimlin film has been scrutinized by special effects artists and primatologists alike for over half a century.

In October 1967, Roger Patterson and Bob Gimlin captured a furry bipedal creature ambling across the banks of Bluff Creek, California. Though shakily shot on a 16 mm camera and barely a minute long, the Patterson-Gimlin film transformed the myth of Bigfoot into an immovable cornerstone of modern American culture.

Though the legend of Bigfoot had existed for centuries before Patterson and Gimlin’s encounter, with several Indigenous tribes across the Northwestern cultures having orally passed along tales of ape-men in the woods, no one had captured it on film.

To this day, the Patterson-Gimlin film remains one of the most scrutinized recordings in modern American history, with experts of all stripes failing to debunk it entirely. 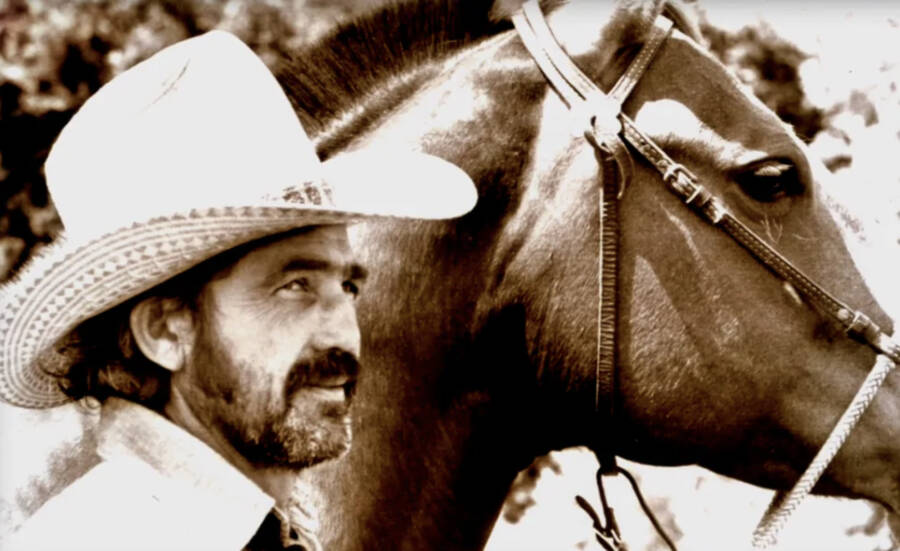 VimeoThough the video “ruined his life,” Bob Gimlin has always insisted the footage is genuine.

It was Oct. 20, 1967, and Bob Gimlin found himself half a day’s ride from any signs of civilized life. The 36-year-old Missourian had bumped into his eccentric old friend, Roger Patterson, at a gas station in Union Gap, Washington mere days earlier.

Patterson was a devout Bigfoot chaser who had just self-published Do Abominable Snowmen of America Really Exist?. In the summer of 1967, Patterson also began filming a pseudo-documentary about cowboys, an old miner, and an Indigenous American tracker on the hunt for Bigfoot.

When he ran into Gimlin, he told him about the film and added that he had heard about a set of unidentifiable footprints that were found in Northern California. He asked Gimlin to saddle up and help him find the beast responsible. Part rodeo man, part daredevil, Gimlin agreed — and soon found himself on a horse in Bluff Creek.

On that fateful day, Patterson rode ahead of him with the reins of his horse in one hand and his 16 mm Ciné-Kodak camera in the other. Then, just after Patterson put the camera back in his saddlebag, the horses began to whinny and the pungent stench of skunk filled the air. The horses kicked in fear — and the two cowboys spotted a massive six to seven-foot beast walking about 25 to 100 feet away from them.

“Bob! Cover me!” Patterson shouted as he dismounted and grabbed his camera. After a short dash ahead, he crouched to stabilize his shot and began recording. Gimlin was right behind him and drew his rifle.

The men watched as the creature looked around to give a now-infamous glance at the camera and walk off. The Bigfoot sighting lasted only 59.5 seconds, but it caused a lifetime of trouble for Gimlin.

The men hurried back to their campsite to take plaster casts of the prints they found. Then, they rode on to a variety store about 30 miles from Bluff Creek where they intended to ship off their film to Patterson’s brother-in-law.

Patterson called the Times-Standard newspaper in Eureka to describe his encounter and began a worldwide journey of showcasing his film as evidence of the existence of Bigfoot.

Considering The Patterson Footage As A Hoax

Wherever Patterson showed the footage, a stir followed him.

Skeptics accused him of forgery and claimed that Patterson staged the entire incident because he was unable to find proper financing for his other Bigfoot projects. The infamous footage did admittedly make him a good chunk of cash. Indeed, Patterson was able to make a deal with the BBC to buy rights to use his Bigfoot footage.

Many dismissed the film as a prank featuring a man in an admittedly impressive costume, it didn’t help that a costume designer named Phillip Morris claimed in 2002 that he sold Patterson the ape-man costume used in the film.

Just a few years prior to Morris’ claim, a man named Bob Heironimus of Yakima, Washington said that Patterson hired him to wear the costume and that he showed the suit to a few friends at a Yakima bar before Patterson and Gimlin came by to retrieve it. 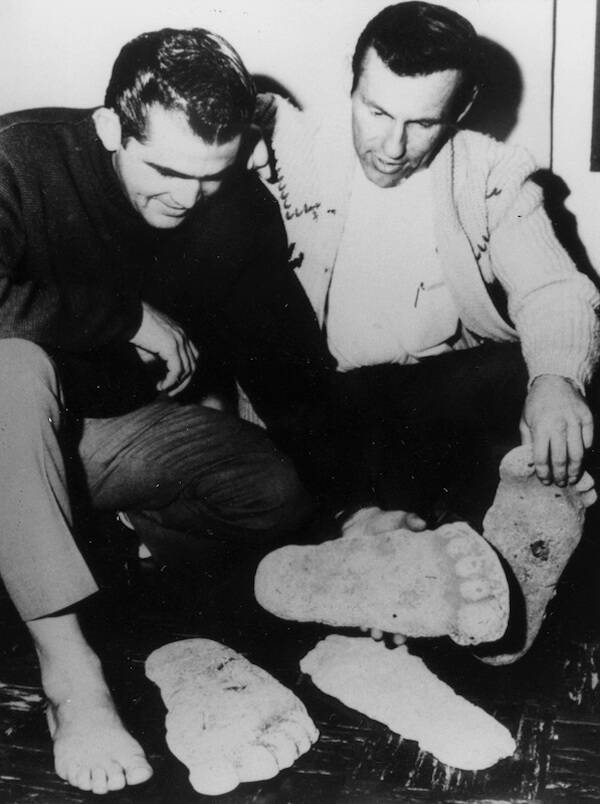 TwitterGimlin and Patterson inspecting the plaster casts they took of the creature’s footprings after their notorious sighting.

Additionally, Patterson and Gimlin’s own accounts are littered with inconsistencies. Patterson said he filmed the creature around 1 p.m., rode back to get casting material for the footprints, returned to the site to cast them, rode back to the car, and drove to Eureka to mail the footage.

This seems impossible to do before 6 p.m. like Patterson said. Gimlin’s story, meanwhile, runs contradictory to that of Heironomus’. Gimlin was either kept in the dark about plans of a hoax or was a key part of it. He remained adamant, however, that what he saw in 1967 was a living, breathing creature.

Of course, this wouldn’t have been the first time that a fake Bigfoot encounter made the news. In 1958, Northern California’s Humboldt Times reported on the discovery of bizarre 16-inch footprints near Bluff Creek. The article even coined the Bigfoot monicker, but then it was revealed in 2002 that local Ray Wallace planted the prints as a prank.

But the Patterson-Gimlin Bigfoot footage has never been truly debunked.

Modern Experts Who Believe The Footage 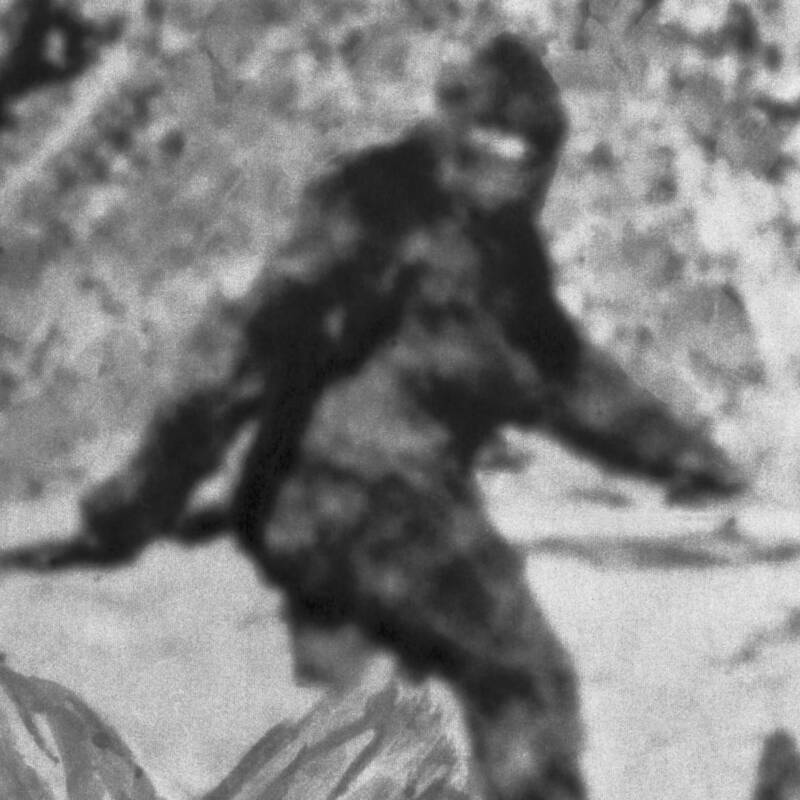 YouTubeThe legend of Bigfoot remains neither fully debunked nor proven, though stories about such a creature have persisted among Indigenous Americans for millennia.

Everyone from special effects artists, forensic experts, and costume designers to pseudo-scientists and acclaimed primatologists have analyzed the Patterson-Gimlin Bigfoot footage.

For primatologist Jeffrey Meldrum, the footage is a clear-cut case of viewers overthinking what they’ve seen.

The Idaho University professor of anatomy and anthropology claims to be “as confident as I can be short of standing on the sandbar with Roger and Bob” that the creature captured on film was real.

Meldrum compared the texture of the fur and muscle definition with that of costly Hollywood productions. He described the characters in The Planet Of The Apes as “big hairy Pillsbury Doughboys” in comparison to the granular detail of the furry beast shown in the Patterson-Gimlin film. Meldrum’s students are purportedly in agreement with him.

“[My anatomy students] start at the head and they can see the trapezius, they can see the deltoid… erector spine down the back, shoulder blades moving under the skin,” he said. “The quads contract when they’re supposed to contract.” 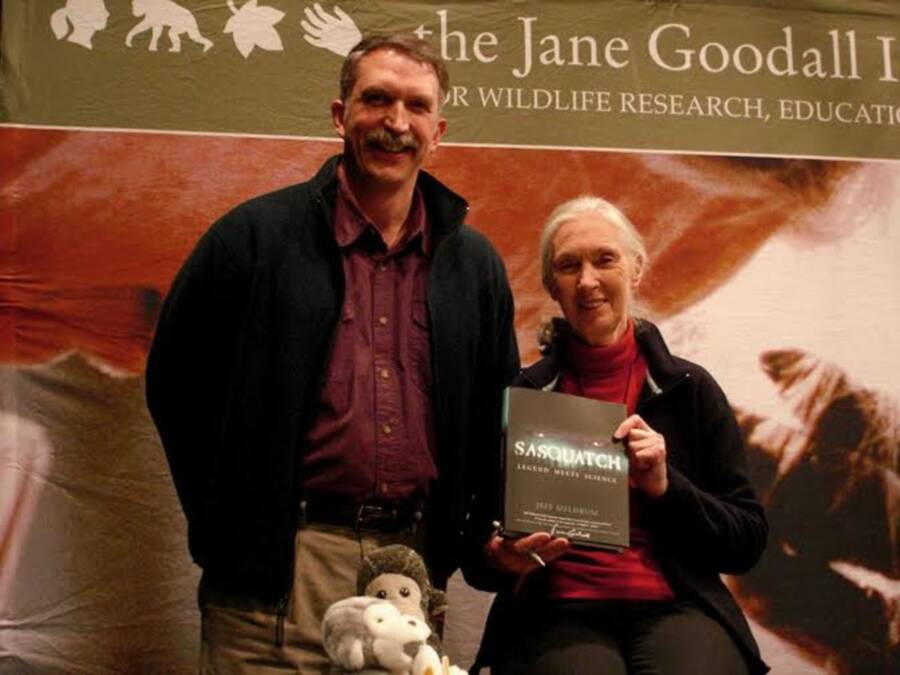 University of Berkeley CaliforniaDr. Jeffrey Meldrum and Dr. Jane Goodall are both open to the idea of Bigfoot’s existence.

Former director of the Smithsonian’s Primate Biology Program John Napier, however, pushed back against these assertions. He pointed at the sagittal crests on the creature’s head as a sign that it likely wasn’t a real creature, and that the hourglass shape of the footprints further suggests as much.

“There is little doubt that the scientific evidence taken collectively points to a hoax of some kind,” he said. “The creature shown in the film does not stand up to well functioned analysis.” He concluded: “It was a brilliantly executed hoax and the unknown perpetrator will take his place with the great hoaxers of the world.”

Nonetheless, Napier himself is a believer in Bigfoot. 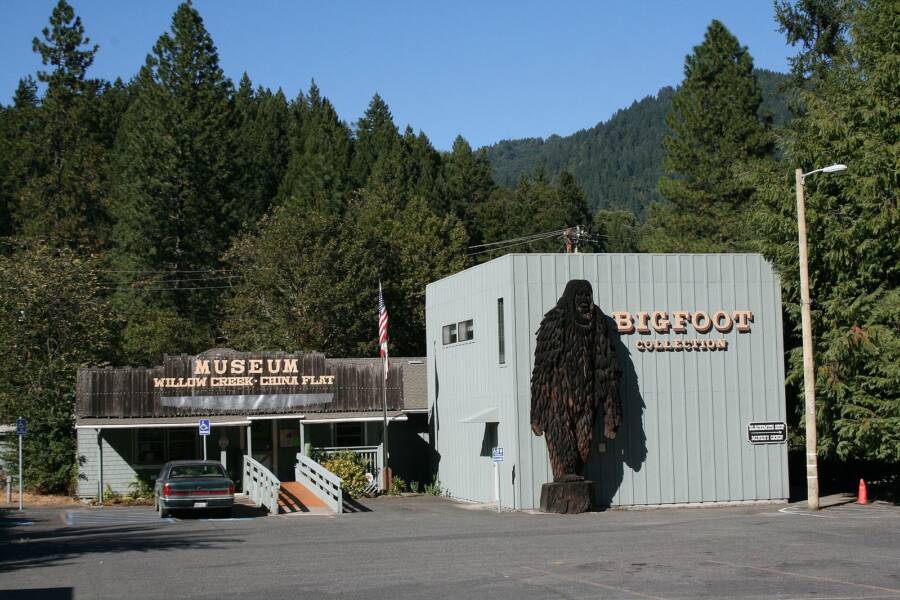 Ultimately, it’s unlikely the mystery will ever be put to bed. Patterson himself passed a lie detector test given by a reputable New York City polygraph expert in 1968. He never wavered from his account — even on his death bed at 38.

Gimlin has never wavered from his story, either. He tells it vividly and even said he rued the day that wrought him and his family so much toxic fame. Patterson had allegedly squeezed him out of any profits when he took the footage on tour. Gimlin ultimately sold his ownership share of the film for less than $10.

The idea of Bigfoot, meanwhile, has taken on a life of its own. While it appears to be folklore to some, even esteemed primatologists like Jane Goodall are open to the idea.

Until the legend of Bigfoot itself has been proven, the authenticity of the Patterson-Gimlin film will remain hotly contested itself.

After learning about the Patterson Gimlin film, read these surprising Bigfoot facts you never knew about. Then, learn about seven cryptids even cooler than Bigfoot. Then, learn all there is to know about the infamous Skunk Ape.