The Tragic, Unsolved Case Of The ‘Lady Of The Dunes’

For the last 47 years, investigators have been struggling to identify the Lady of the Dunes, a handless corpse that was found nearly decapitated on a Massachusetts beach. 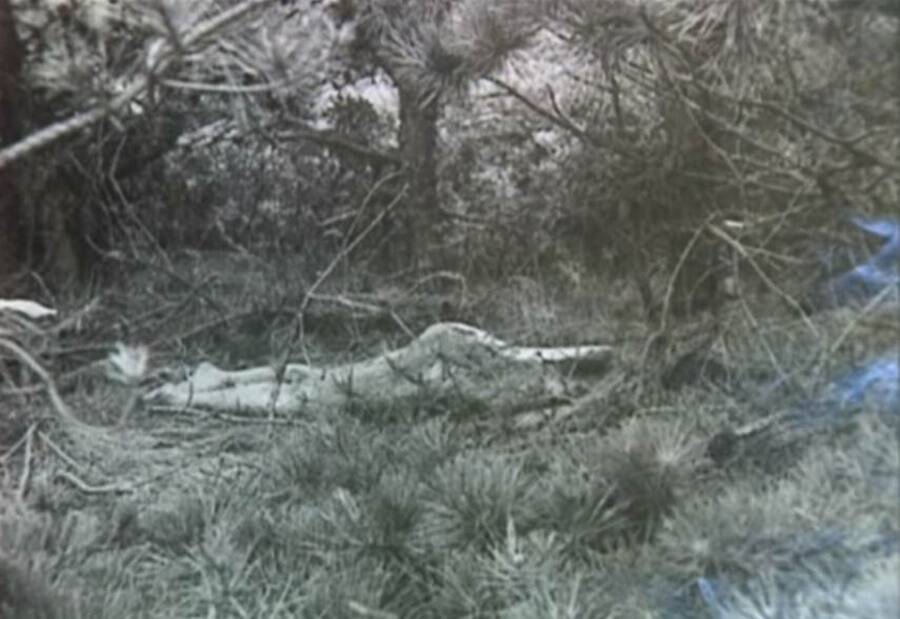 Wikimedia Commons“The Lady of the Dunes” remained unidentified for 48 years after her murder.

On a July morning in 1974, a girl playing with a neighborhood dog along the Race Point Dunes in Provincetown, Massachusetts stumbled upon a horrifying sight: The nude, disfigured body of a dead woman sprawled out amid the sand and brush.

The woman was young and white with pink-painted nails and a glittery hairband holding back her auburn-colored ponytail. Beneath her head, which was nearly decapitated by a sickening gash, was a pair of blue jeans. Her hands were missing and in place of them were piles of pine needles.

Investigators could neither identify the woman nor any suspect. She became known as the “Lady of the Dunes” — and her case has never been solved.

But now, new forensic technology could be the key to unraveling this twisted tale. And though such dogged detective work allowed “The Lady of the Dunes” to finally be identified in 2022 as Ruth Marie Terry of Tennessee, the identity of the killer remains unknown to this day. 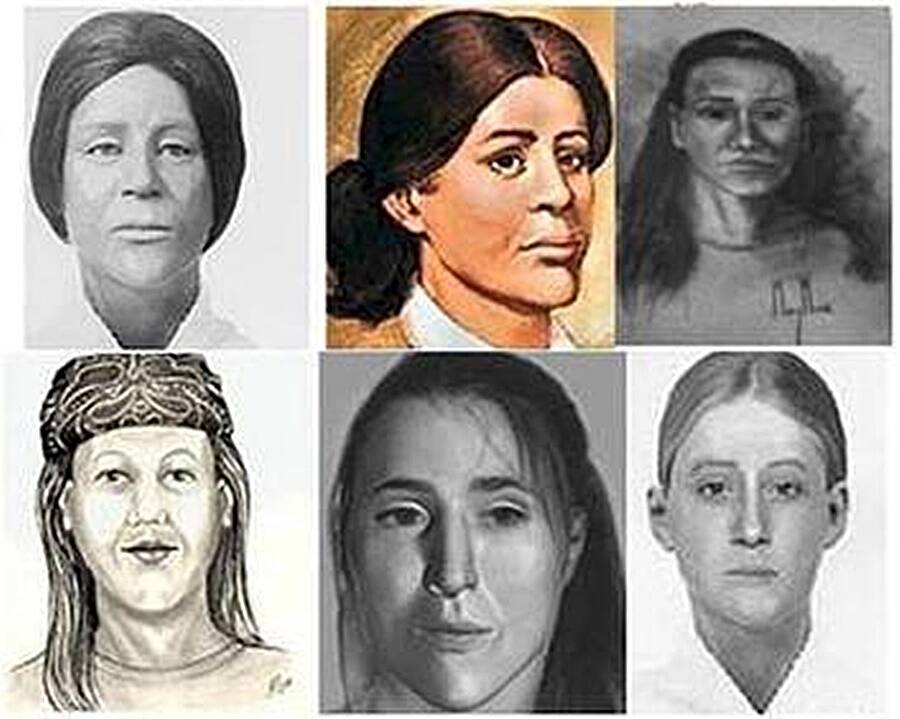 Wikimedia CommonsThe victim’s face has been reconstructed repeatedly over the decades.

As 12-year-old Leslie Metcalfe, her family, and a group of their friends’ dogs walked back to the Province Lands Visitor Center after a day of hiking, one of the dogs suddenly became agitated and excited. It shot off and Metcalfe followed. Then, she came upon the heart-stopping sight of the Lady of the Dunes.

The corpse was found on the sand, face-down on a beach towel, about 15 feet from the nearest access road. Her head, the left side of which had been completely crushed, rested on a pair of folded Wranglers and a blue bandana. It was altogether appallingly clear that she had been murdered.

Investigators estimated that the woman, somewhere between 25 and 35 years old, had been dead for at least 10 days and perhaps as long as three weeks. 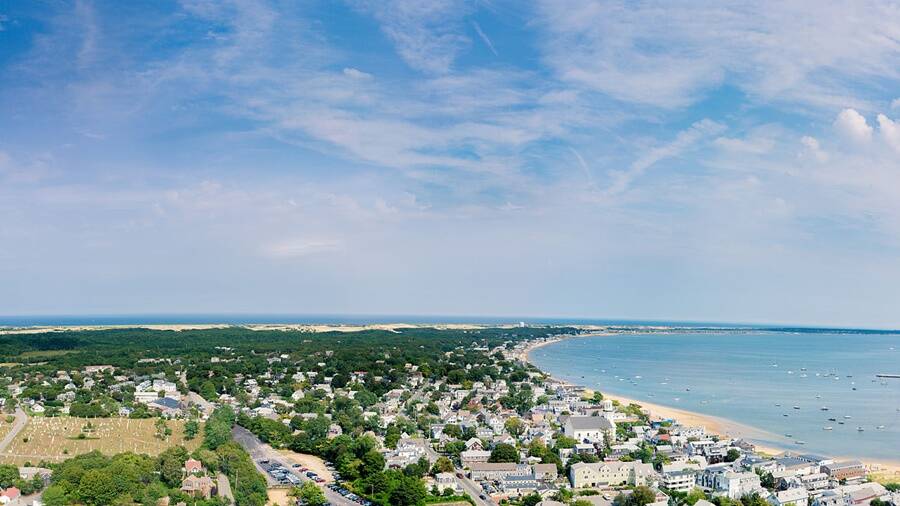 Wikimedia CommonsThe story of the Lady of the Dunes remains one of the most bizarre mysteries in Cape Cod’s history.

Upon closer examination, investigators determined that the head injury, caused by an object like a military entrenchment tool, had likely killed the young woman. Authorities also found that the victim had been sexually assaulted, after death, by some kind of wooden block.

She had an athletic build and even though some of her teeth were missing, investigators determined that she had pricey “New York-style” dental work, which included several golden crowns. Despite these details, the identity of the Lady of the Dunes eluded them, especially because without her hands she had no fingerprints by which to be identified.

Investigators consequently began to refer to the victim as the “Lady of the Dunes.”

“It was a horrific, brutal murder,” said former Provincetown Police Chief Jeff Jaran, who became the town’s fourth police chief to investigate the murder. “It would be awful for any time, any place. But for the Cape, for Provincetown?”

Provincetown, after all, was better known for its popularity with artists and flourishing community of LGBTQ+ people — and not for murder. 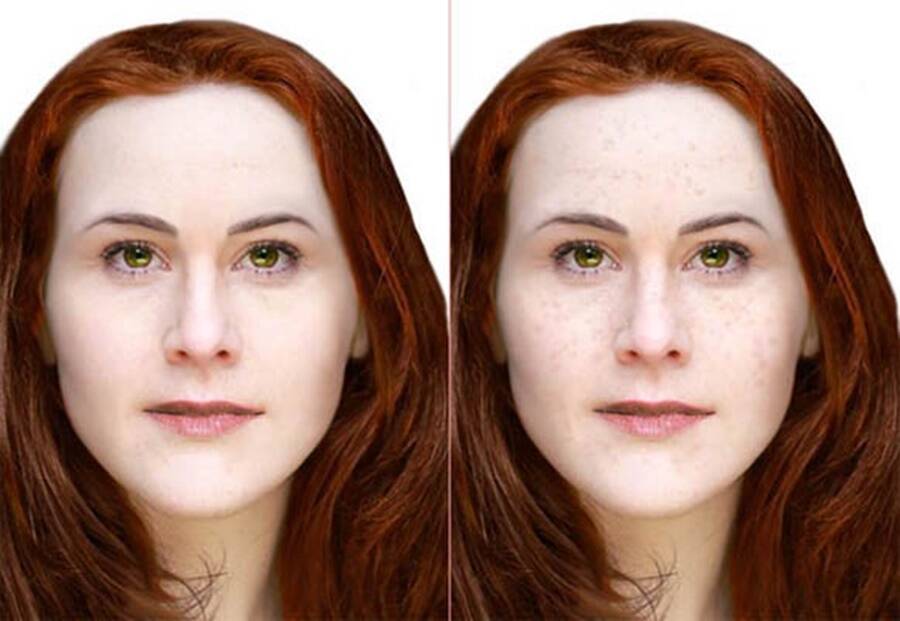 Wikimedia CommonsThe most recent reconstruction of the unidentified Lady of the Dunes from 2010.

As the Lady of the Dunes remained unidentified for nearly 50 years after the murder, a number of theories emerged over the decades.

One woman from Maryland contacted local police because she suspected the victim was her sister, who had recently moved to Boston and vanished. But that lead was inconclusive.

At one point, investigators suspected that the Lady of the Dunes could be Rory Gene Kesinger, a known drug dealer and bank robber.

Physically, Kesinger resembled the victim, and she had escaped from the Plymouth County Correctional Facility in Massachusetts the year before the woman’s body was found. But a DNA test from Kesinger’s mother did not match the unidentified woman.

But one of the oddest theories about the Lady of the Dunes cropped up in 2015. The son of Stephen King, author Joe Hill, speculates that she was actually an extra in the 1975 hit film Jaws.

Hill noticed that a woman captured in the background of one of the film’s scenes matched the victim’s description. She also appeared to be wearing a pair of jeans and a blue bandana, two items that were found at the crime scene. 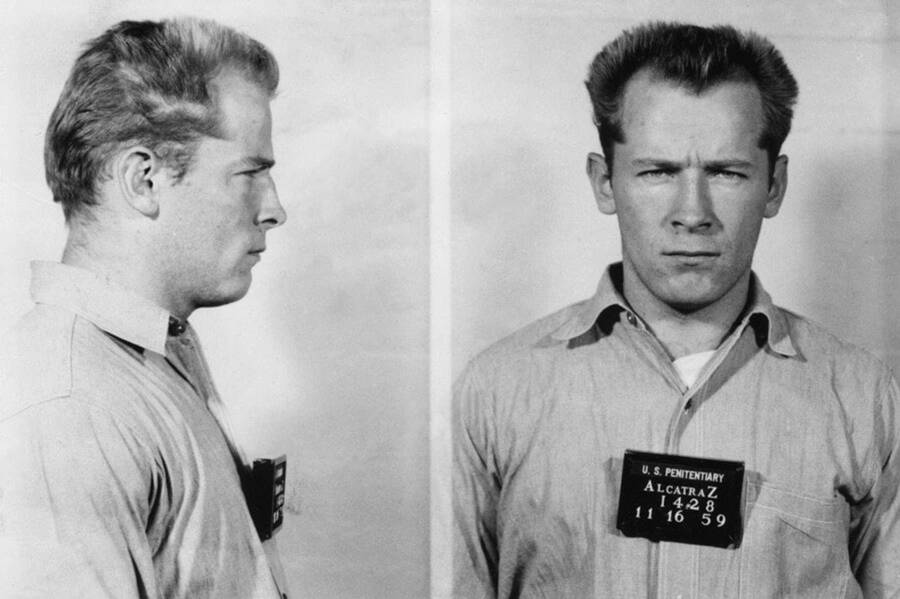 Wikimedia CommonsMobster James “Whitey” Bulger was once suspected as the unidentified victim’s killer.

It was a wild theory, but not a totally implausible one. Jaws was filmed in Martha’s Vineyard, only a few hours away from Provincetown. But Jaws producers had not recorded the names of any extras.

Retired staff sergeant Warren Tobias, who chased the Lady of the Dunes’ identity for 20 years, was skeptical of this theory. “There were probably [hundreds] of thousands of women who dressed that way [in the 1970s],” he said.

Meanwhile, the identity of the Lady of the Dunes’ killer has remained a mystery. In 1987, more than a decade after the Lady of the Dunes was found, a Canadian woman came forward with a bizarre confession: she believed the unidentified woman was someone she had witnessed her father strangle while visiting Provincetown in the 1970s.

Canadian authorities passed on the information to the Massachusetts police, but by the time they tried to reach the woman to corroborate her story she had moved away.

Some suspected Irish mob boss James “Whitey” Bulger, could be the killer. Witnesses claimed they saw him with a woman matching the Lady of the Dunes’ description. Bulger had even removed the teeth of one of his female victims in the past, yet he was never a formal suspect.

In 2000, imprisoned murderer Hadden Clark confessed to killing the woman known as the Lady of the Dunes. But Clark’s confession was suspect as he lived with paranoid schizophrenia, and investigators determined that he couldn’t be trusted. They also found no evidence linking him to the crime.

Twice, her body was exhumed to obtain DNA evidence, but those examinations revealed nothing.

The Lady Of The Dunes’ Case Gets A Fresh Look

Author Sandra Lee claims she was actually the first person to discover the body of the Lady of the Dunes when she was nine years old.

In the 21st century, forensic investigators began using high-tech tools to analyze cold cases, and they hoped to solve old mysteries like the identity of the Lady of the Dunes this way.

The face of the Lady of the Dunes has been reconstructed multiple times. The first reconstruction was a clay model while other sketches of the mysterious woman’s face were made in later years as technology advanced. In 2006, age-regression drawings of the woman were made.

In 2010, then-Police Chief of Provincetown Jaran worked with forensics analysts from the National Center for Missing and Exploited Children and the Smithsonian’s National Museum of History to re-examine the case of the Lady of the Dunes. Placing the victim’s skull in a CT scanner, the team was able to build a possible image of her face.

In 2019, investigators announced that they sought to re-examine the case using new techniques of combining DNA analysis with genealogical family-tree building sites. This method was famously used to identify the Golden State Killer in California decades after his murder sprees.

And, finally, in 2022, this new analysis paid off. On October 31, authorities announced that they had used DNA analysis to identify The Lady of the Dunes as a 37-year-old from Tennessee named Ruth Marie Terry.

But while her name is known, that of the killer is not. In the words of the FBI’s special agent on the case, Joseph Bonavolonta, “While we have identified Ruth as the victim of this horrific murder, it does not ease the pain for her family — nothing can. But hopefully, they answer some questions while we continue to look for her killer.”

Next, read about the tragic tale of Tammy Jo Alexander, one of the 600 women believed to have been killed by the “confession killer.” Then, take a look inside seven chilling cold cases from history.