These Worms Unfrozen After More Than 30,000 Years Are Now The Oldest Living Animals On Earth

This is the first time a multicellular organism has been brought back to life after a such an extensive dormant period.

The Siberian TimesThe two nematode worms after they’d been thawed.

Can you imagine being awoken from a 42,000-year nap? Well, that’s exactly how one recently reanimated worm in Russia is feeling right now.

A new report, published this week in Doklady Biological Sciences, revealed that two prehistoric roundworms — one 42,000 years old and another 32,000 years old — were miraculously brought back to life in Petri dishes.

During the study, a team of Russian scientists from four different institutions worked together with researchers from Princeton University’s Department of Geosciences to analyze 300 prehistoric worms and, of those 300, just two “were shown to contain viable nematodes.”

“We have obtained the first data demonstrating the capability of multicellular organisms for longterm cryobiosis in permafrost deposits of the Arctic,” the report stated.

Both of the worms were found in permafrost in Yakutia, a frigid region of Russia near Siberia. According to IFLScience, to revive the worms after they were removed from the glacial samples, they were placed in a 20 degree Celsius culture with agar and given E. coli bacteria as food.

“After being defrosted, the nematodes showed signs of life,” the report said. “They started moving and eating.” 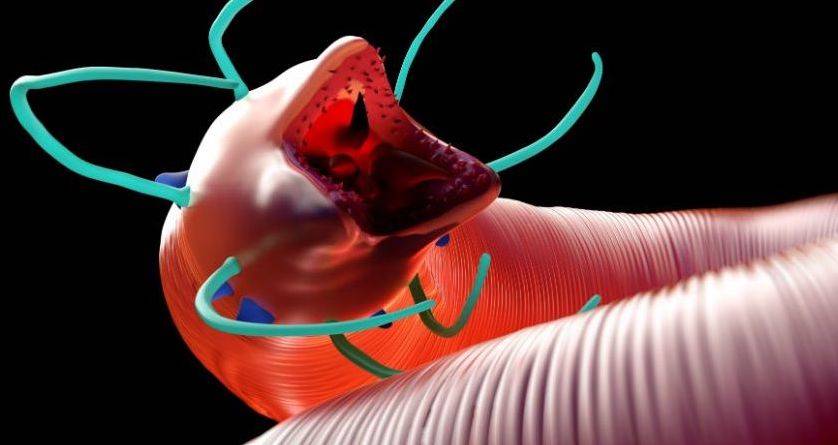 The first worm was discovered more than 15 years ago in a permafrost wall inside an ancient squirrel burrow in the Duvanny Yar outcrop, an area which is part of the lower reaches of the Kolyma River. The worm is believed to be just shy of 42,000 years old. According to The Siberian Times, this area surrounding the Kolyma River is historically significant not only because of the revived ancient worm found there, but also because it is located near the Pleistocene Park, a site that is trying to recreate the Arctic habitat of the woolly mammoth.

The second of the revived worms was found back in 2015 in permafrost near the Alazeya River and is said to be 32,000 years old.

The worms, both believed to be females, were resurrected in Moscow at the Institute of Physico-Chemical and Biological Problems of Soil Science in Moscow. They are living, eating, and moving for the first time since the Pleistocene Epoch.

The ability of these worms to come back to life after such a long period of time truly highlights the power of the nematode. The incredibly diverse phylum is known for its ability to withstand especially extreme conditions that ordinary organisms could never survive, according to IFLScience. Other experiments on nematodes have proved that they can bounce back from a frozen dormancy period of up to 39 years but this groundbreaking experiment is the first time that ancient worms far older have been isolated and completely brought back to life.

The researchers believe that this breakthrough is important in the field of cryobiosis and that their findings provide valuable insights into the adaptive abilities of the roundworms. In the journal, the scientists said:

“Our data demonstrates the ability of multicellular organisms to survive long-term (tens of thousands of years) cryobiosis under the conditions of natural cryoconservation. It is obvious that this ability suggests that the Pleistocene nematodes have some adaptive mechanisms that may be of scientific and practical importance for the related fields of science, such as cryomedicine, cryobiology, and astrobiology.”

The worms are now considered to be the oldest living animals on the planet.

Next, read about the world’s oldest tree. Then, discover a 50,000-year-old extinct lion who was frozen in time with its head resting on its paw.