Olive Oatman, The Mormon Girl Who Was Raised By The Mohave

Raised by Mohave Native Americans after her family was slaughtered, Olive Oatman was destined for a complicated double life.

Born on September 7, 1837, Olive Ann Oatman was one of seven siblings. Her parents — Royce and Mary Ann Oatman — were Mormon and raised all of their children in the Church of Jesus Christ of Latter-day Saints.

In 1850 when Olive was just 13 years old, Royce and Mary Ann joined a wagon train, led by James C. Brewster of the Church of Jesus Christ of Latter-Day Saints. He had broken from the followers of Brigham Young in Utah and was leading a new set of followers to California, where he believed the true gathering place of the Mormon religion was intended to be.

When the group reached New Mexico, it split into two with half of the train going north through Santa Fe, and the other half going south through Tucson.

The Oatmans were in the second half, who ventured south toward Tucson. The group reached Maricopa Wells, a series of watering holes that acted as a rest stop for wagon trains at the time. The locals warned the train that the road ahead was unforgiving and that the Native Americans who lived on it could be hostile, and most of the group resolved to stay.

The Oatmans however, were determined to meet up with Brewster and the rest of the original group, and soldiered on.

Their determination to travel alone would be their downfall.

Four days into their solo trek, the Oatmans encountered a group of Native Americans. Thought to be members of the Western Yavapai tribe, the group tried bargaining with the Oatmans for tobacco and food.

When the Oatmans rejected them, the Native Americans slaughtered Royce, Mary Ann, and four of the children with clubs and axes. 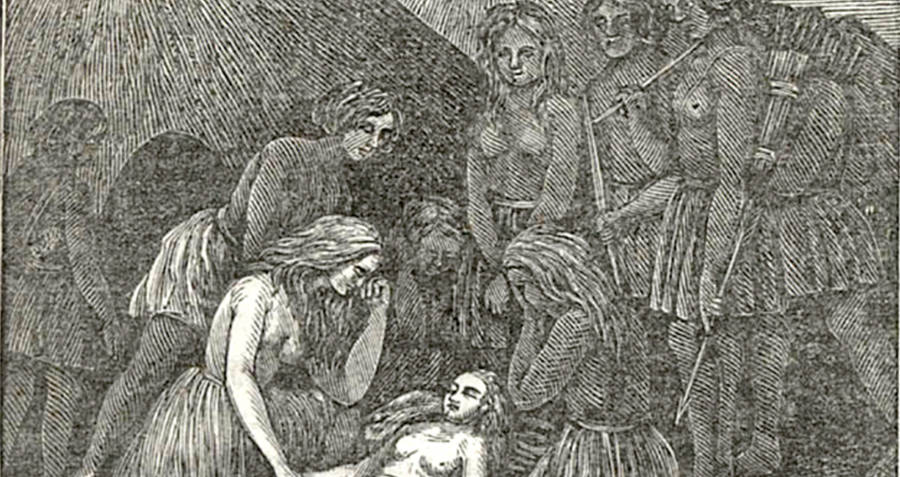 Olive and her sister Mary were taken captive by the Yavapai and led to a village some 60 to 100 miles away. Once there, the girls were treated as slaves used to forage for food and carry firewood. They were often beaten and mistreated if they did not comply.

After a year with the Yavapai, the girls accompanied them to an inter-village trade, where they were sold to the Mohave tribe for two horses.

The Mohave were much more prosperous than the Yavapai and, luckily for the girls, were also more compassionate. Olive and Mary were taken in by the tribe’s leader and treated as their own by him and his wife. They were also given plots of land to farm and traditional Mohave clothes to wear. 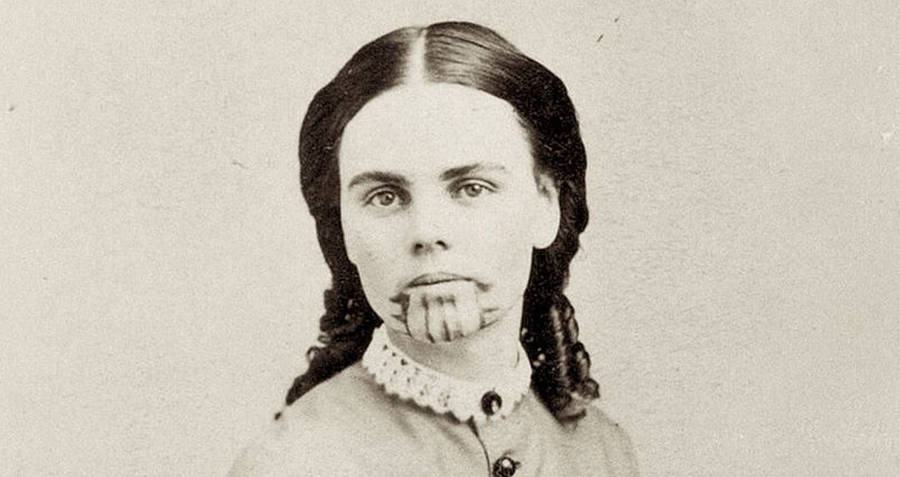 Most strikingly, the girls were also tattooed on their chins and arms, a tribal custom reserved for members of the tribe. The Mohave believed that anyone without the tattoo would not be able to enter the land of the dead or be recognized as Mohaves by their ancestors.

Then, between 1855 and 1856, a drought hit the land, leaving the Mohave with limited food and water. Mary died from starvation, leaving Olive alone with the Mohave.

After her sister’s death, Olive grew accustomed to life with the Mohave. Over time she acclimated to their society and even began following their customs, taking on a clan name of Oach.

Olive became so acclimated, in fact, that when white railroad surveyors entered the Mohave lands to trade and socialize with the tribe, she hid from them.

For the next few years, Olive Oatman lived as a Mohave tribeswoman, until her peaceful seclusion was disturbed. 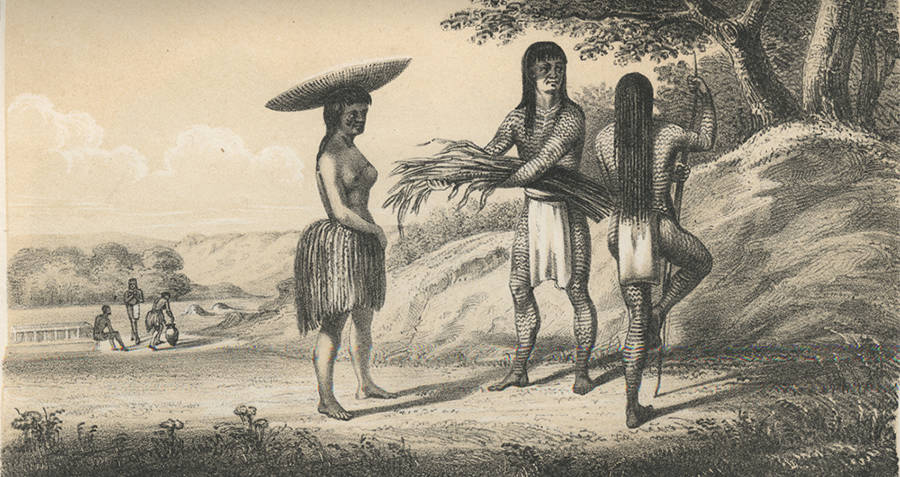 Wikimedia CommonsDrawing of the Mohave tribesmen on the banks of the Colorado River.

When Olive was 19 years old, a Yuma messenger arrived at the Mohave village, with a message from Fort Yuma, a military fort on the border of the Colorado River. The white military men there had heard there was a white girl living with the Mohaves and demanded that she either be returned or the Mohave present a valid explanation for her living with them.

Initially, the Mohaves hid Olive, ignoring the request from the fort, and even went so far as to deny that Olive was white when asked by outsiders.

Eventually, fearing the white men would destroy them, the Mohaves decided that Olive could leave, escorting her to Fort Yuma. The officers there took her in and dressed her in western clothing as her Mohave clothing, consisting of a skirt and nothing above the waist, was deemed inappropriate.

After her arrival at the fort and her reintroduction to white society, Olive learned that her brother Lorenzo had survived the attack that had killed her family, and had been looking for her and her sister.

When she was 28 years old, she met and married a cattle rancher named John B. Fairchild. The pair moved to Sherman, Texas, where they adopted a baby girl named Mamie. The family lived in Sherman until Olive’s death on March 21, 1903, at the age of 65 of a heart attack.

Though Olive Oatman survived her time with the Mohave, her ordeal remains shrouded in mystery.

After re-entering society, Olive wrote a memoir that detailed her experiences. Some of the things she said didn’t line up at first with what she had told the officers at the fort, such as her tattoo. Olive claimed that she was tattooed as a slave, but the tattoos she was given were religious symbols, meant to usher the soul into the afterlife after death, not symbols for slavery.

There were also discrepancies in how she described the treatment by the Mohave people. When she was first released, she claimed she was held captive against her will, however, in her later life she recalled fondly the chief and his wife that took her in.

She also went to meet with a Mohave leader, Irataba, in New York City years after her capture and discussed in Mohave the good times they had in the village.

Today, Olive Oatman is remembered by the city of Oatman, Arizona, near the site of Fort Yuma, which was named in her honor.

Enjoy this article on Olive Oatman? Check out these photos of stunning Native American masks. Then, read about the story of Ishi, the last Native American.