Meet Ötzi The Iceman, The Oldest Preserved Human Being Ever Found

When two German hikers found Ötzi in the Alps in 1991, he was in such pristine condition that they thought he was a mountaineer who had died recently. Turns out, he was a 5,300-year-old murder victim. 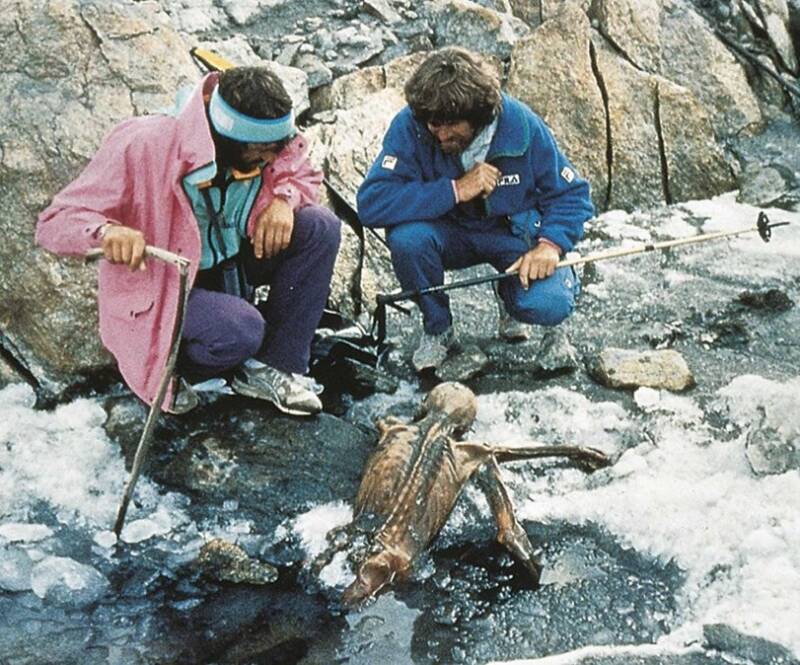 Getty ImagesTwo German hikers observe Ötzi in the glacier where they found him before he could be removed.

On Sept. 19, 1991, two hikers came across a frozen corpse in the Austro-Italian Alps. They had no way of knowing at the time just how historic their find was — as the corpse was later revealed to be the oldest preserved human being ever found, now known as Ötzi the Iceman.

Not only was Ötzi discovered to be over 5,300 years old, but he was also the victim of a murder. It is currently believed that the Neolithic man was killed on the mountain before being naturally mummified by the freezing temperatures. Indeed, the startling freshness of his body even today is nothing short of mind-blowing.

The Accidental Discovery Of Ötzi The Iceman

When German tourists Helmut and Erika Simon came across the frozen corpse of Ötzi the Iceman on the Schnalstal/Val Senales Valley glacier in 1991, the couple initially thought they had just stumbled upon an unfortunate fellow mountaineer who had recently suffered a fatal accident.

Only Ötzi’s head and shoulders were visible over the ice that froze the rest of his body. He was lying mostly on his stomach.

Not realizing how old and delicate their find was, Austrian rescue workers who first responded to the call damaged the corpse as they attempted to dislodge it from the ice. A jackhammer damaged Ötzi’s hip and thigh, his backpack and the bow he was frozen alongside were also both broken.

But over the next three days, a small team of archaeologists extracting the long-frozen body realized their mistake. After bringing the corpse to the office of a medical examiner in Innsbruck, Austria, they determined that it was at least 4,000 years old.

It was later confirmed that “Ötzi the Iceman,” as he was dubbed by an Austrian journalist in reference to the site of his discovery in the Ötztal valley Alps, had died sometime in the Copper Age or Neolithic era between 3350 and 3100 B.C., making him the oldest preserved human being ever found.

But what made this find even more remarkable was that, unlike Egyptian and Incan mummies desiccated by desert climates, Ötzi was a “wet” mummy, found in a perfect preservation combination where the glacier he died in froze his body while the humidity in the ice preserved his organs and skin pretty much fully intact. 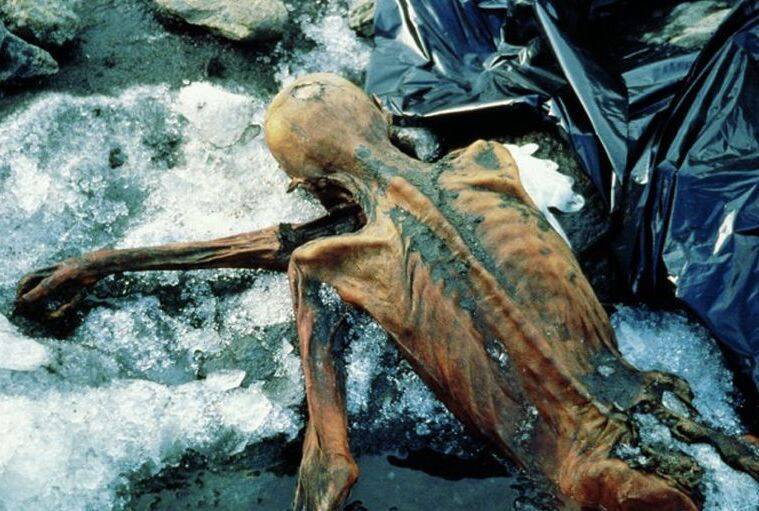 A closeup of the 5,300-year-old murder victim when he was found.

Because Ötzi was so well-preserved, researchers were able to perform what was essentially a modern autopsy on him, leading to some fascinating insight on what life was like for this man who lived 35 centuries ago.

Not only was he determined to be in his 40s when he died, but Ötzi was also likely lean, weighing in at 110 pounds. He was measured at five feet and three inches tall.

It was also determined that he had intestinal parasites, stomach ulcers, arthritis, and Lyme disease. Furthermore, it was found that he shared a genetic affinity with the inhabitants of the islands of Sardinia and Corsica and might have been lactose intolerant.

The contents of his stomach also showed various types of pollen which suggested that he not only died in the spring or summer, but that he had traveled across different elevations in the mountains shortly before his death.

Meanwhile, the highly-preserved state of his skin also showed that he had 61 tattoos, which had been made by rubbing charcoal into tiny cuts.

Before Ötzi, scientists could only guess at what life was like in the Copper Age. But from his clothes, researchers gleaned that people 3,500 years ago wore textile leggings and animal skins. Feathers on the Neolithic man’s arrows also suggested that his people understood general ballistics.

Even though Ötzi the Iceman’s frozen body served up such a treasure trove of information to scientists, the cause of his death wasn’t discovered until a decade after he was initially found. It was then that a scan utilizing new X-ray technology revealed something lodged in the ancient man’s left shoulder that had previously been overlooked: an arrowhead.

A murder is still a murder, no matter what century it occurred in, so the museum where Otzi now rests called in Detective Inspector Alexander Horn of the Munich Police to see what he could find out.

Inspector Horn was surprised to note that the body was “in better condition than recent homicide victims I’ve worked on who have been found out in the open,” despite the fact that this particular corpse predated the Pyramids. 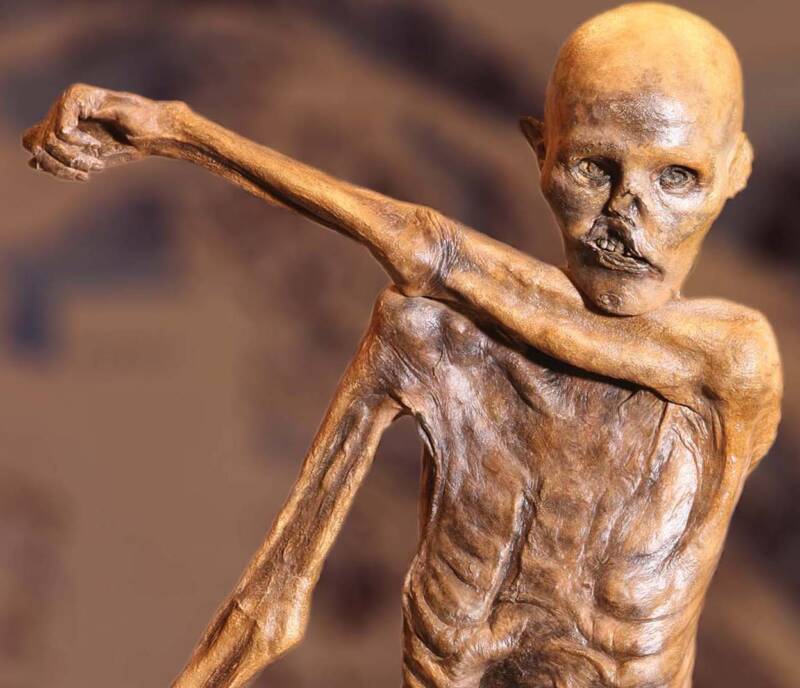 Public DomainÖtzi was in such a pristine state of preservation that researchers were essentially able to perform a modern autopsy on him.

In 2012, a report was published that speculated on the Iceman’s manner of death. The nature of the wound suggested he was shot from behind, but the fact that the victim’s belongings had not been stolen led Inspector Horn to conclude that this was a homicide of a personal nature, although it doesn’t seem likely any arrests will be made.

But the mysteries surrounding Ötzi the Iceman have extend beyond his murder. Because the body was removed from the spot it had been resting in for thousands of years, there have been rumors of a curse upon those who disturbed him.

In fact, Helmut Simon, one of the hikers who found Ötzi back in 1991, met his end during a freak blizzard and was himself found buried under ice and snow not far from where he made the discovery that changed history.

These days, Ötzi is being held in a freezer at the South Tyrol Museum of Archaeology in Bolzano, Italy. It’s estimated that about 10 to 15 scientists request to study his remains each year.

After learning about Ötzi the Iceman, see the stunningly-preserved mummy known as Xin Zhui, a.k.a. Lady Dai. Then, see the horrifying Guanajuato mummies, whose faces remain frozen in terror to this day.