The Grossest Parasites That Can Actually Infect The Human Body 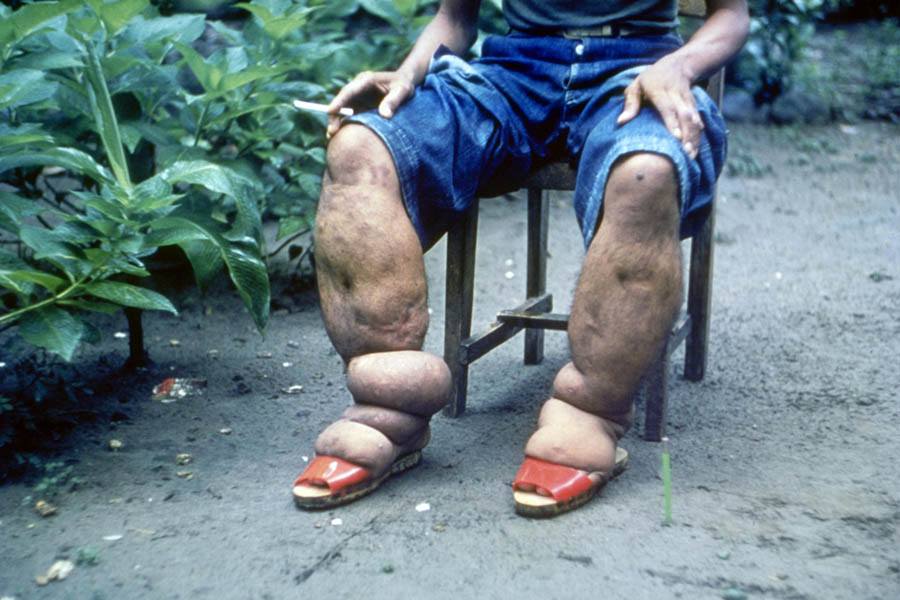 Lymphatic filariasis occurs when mosquitos transmit filarial parasites — roundworms — to the host. The worm can live for up to eight years, and produce millions of larvae that circulate in the host’s blood stream.

These parasites cause severe damage to the lymphatic system, resulting in horrific disfigurement: The host’s limbs swell and their skin thickens, causing permanent disability. Beyond physical damage, the parasites can also cause emotional trauma. Many patients often face social stigma and exile due to their swollen limbs.

One billion people, mostly in Africa, suffer from some form of lymphatic filariasis, and require chemotherapy to prevent the spread of the parasite — of those, 40 million have been disfigured by it.

At first, as the worm migrates from the intestinal wall and into body tissues, the infection presents no symptoms. After about a year, the worm forms a blister under the skin, usually on the foot or lower leg. Then, over the course of a few weeks, the worm emerges from the skin. If the female worm comes into contact with water, she will release her larvae, starting the life cycle all over again.

Thankfully, the guinea worm has been almost entirely eradicated due to improvements in drinking water filtration. In 1986, the World Health Organization reported 3.5 million cases of guinea worm. In 2013, that number had shrunk to 39.