Who Were The Pilgrims? This Is The Story You Didn’t Learn In School

From religious extremism to child abuse to their brutal treatment of the Native Americans, the Pilgrims who built the Plymouth Colony were far more ruthless than you realized. 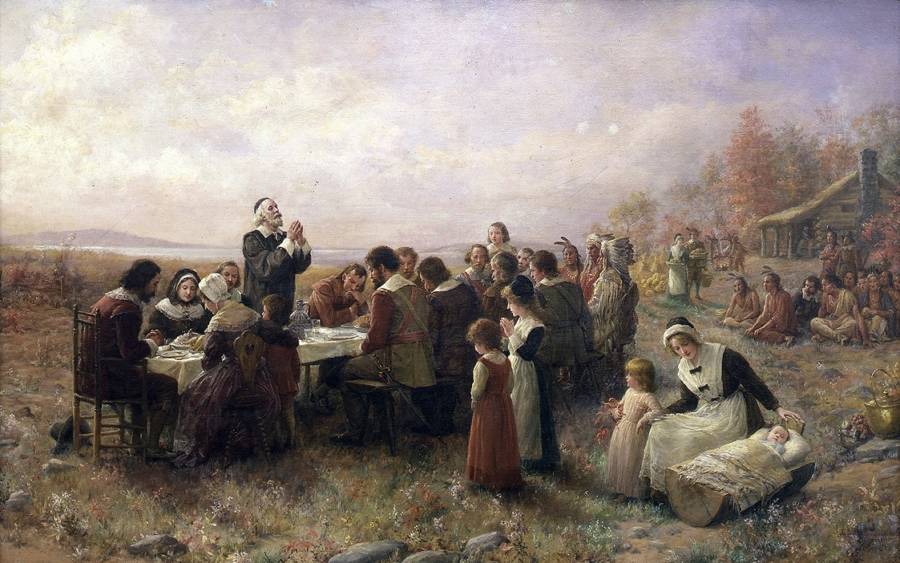 While American schoolchildren are taught that the Pilgrims were pious, hardworking settlers who persevered in an unforgiving new land, the truth is much more complicated. Though the mythology of the Mayflower and the first Thanksgiving remain popular to this day, we must ask who were the Pilgrims and what is their true historical legacy?

Whether it’s misogyny, racism, or brutal violence, the real history of who the Pilgrims were is far darker than the version provided by most history textbooks. Discover the truth behind the myths that have persisted about the Pilgrims for centuries…

1. Plymouth Wasn’t Theirs For The Taking

First of all, when the Pilgrims made their protest voyage, they weren’t supposed to colonize Plymouth. Their sponsor, the London Virginia Company, told them to land near the mouth of the Hudson, i.e. New York City, but they got stuck in Cape Cod Bay, i.e. near Boston. The bad weather spooked them, so instead of sucking it up and sailing down to their designated real estate, they stayed where they were.

Considering that they had no legal authority to establish a colony, some Pilgrims rightfully questioned the decision to do so. Thus they motioned to draft and ratify Plymouth’s first governing document, the Mayflower Compact, to quell those fears.

That would later prove to be problematic — so much so that it helped another colony absorb Plymouth in 1691.

2. The Pilgrims Only Left Holland Because They Didn’t Want To Play Nice

Before heading to the so-called New World, they went to Holland, where they were treated very, very well. They gained the freedom to worship as they chose, but because they had fled from a rural community to an urban one, they had trouble adjusting to the change of pace.

Even though the Pilgrims tried keeping their community close-knit, their children began adopting the Dutch language, much to the chagrin of the elders. The final straw came when a few of the congregation’s younger members decided to give back to Holland and join the Dutch army. 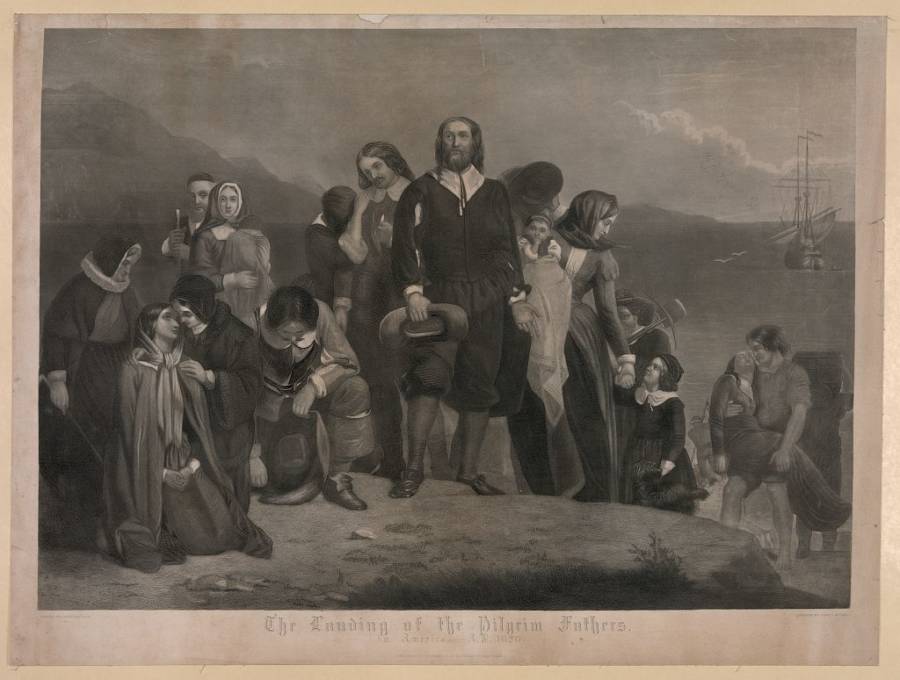 Library of CongressThe landing of the Pilgrims at Plymouth.

To be fair, the English Crown was still persecuting the Pilgrims from afar, but even so, the Pilgrims simply didn’t appreciate being part of a larger community in Holland, so they took their toys and decided to sail halfway around the world to make a new home.

3. Who Were The Pilgrims? Grave Robbers And Thieves

The first thing that the Pilgrims did when they got to America was go ashore, find a Native American burial site, and disturb it. And it gets worse from there.

The Pilgrims’ initial exploratory missions plundered two grave sites, one of which was full of Native Americans and the other full of Europeans. Because yes, that land had been colonized before, but due to the terrible conditions, it had been abandoned. The Pilgrims took that foreshadowing in stride.

After disturbing the grave sites, the Pilgrims also stole a corn cache hidden nearby. Surprisingly, this would work out in their favor. 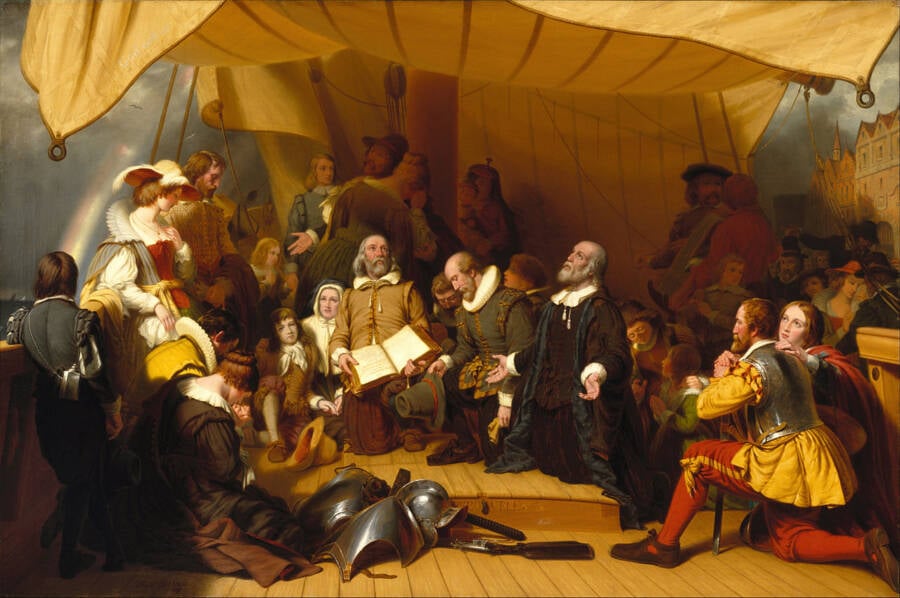 Wikimedia CommonsThe Pilgrims embark for America aboard the Mayflower.