Poaching Is Causing The African Elephants To Become Tuskless 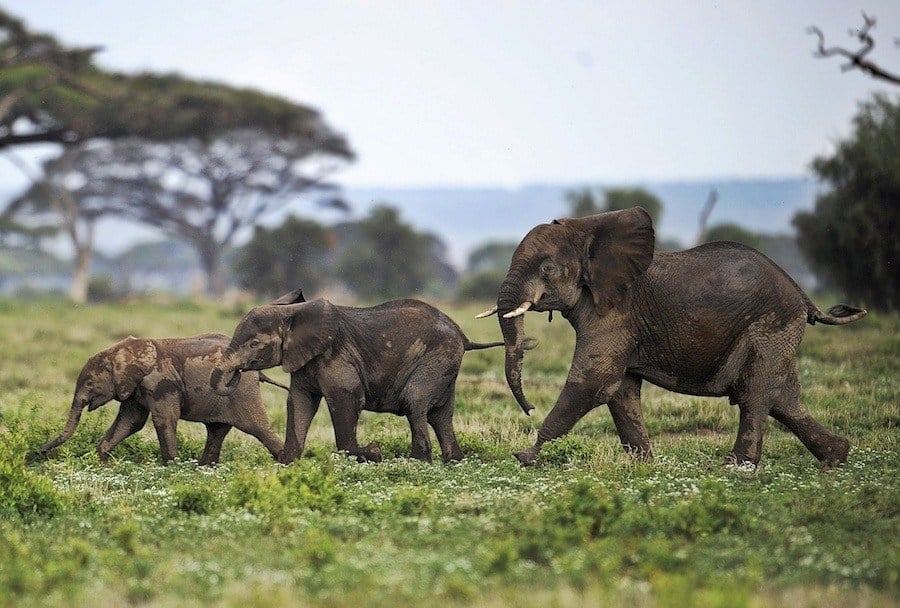 New reports show that poaching has caused an increasing number of African elephants to be born without tusks.

Because poachers have been killing off elephants with tusks, there are now less of those animals in the wild and able to breed. The tuskless elephants that are left to breed are then more likely to pass that trait on to their offspring.

Now, researchers from the nonprofit Elephant Voices report that up to 98 percent of female elephants in some areas of Africa are lacking ivory tusks, an astronomical figure compared to recent past averages of between two and six percent.

Joyce Poole, the head of Elephant Voices, has been tracking changes in African elephants for almost 40 years. According to Poole, there is a direct correlation between poaching and the percentage of tuskless calves being born.

Because more tuskless elephants survive as poachers take out the elephants with tusks, a population “ends up with a higher proportion of tuskless animals who then reproduce and tend to produce tuskless offspring,” Poole said to Nautilus.

“In this day and age, with all the poaching going on, tuskless elephants are at an advantage because they are not being targeted for their tusks.”

And if the situation doesn’t get better soon, the species may end up virtually tuskless, much like their Asian cousins.

This kind of species-wide change has another devastating precedent as well. In Mozambique — where the violence surrounding a civil war contributed to the slaughter of 90 percent of the area’s elephants between 1977 to 1992 — 30 percent of the female elephants born there still do not have tusks. Older female elephants — spared because they had no tusks — then passed the tuskless gene down to their daughters.

This story also brings to mind the sad tale of Addo Elephant National Park in South Africa, where 98 percent of female elephants don’t have tusks. By the time the South African government established the park in 1931, vacationing Western hunters had killed all but 11 elephants, with four of the eight females who were spared being tuskless and thus more likely to produce tuskless offspring.

Beyond this alarming new trend, poaching has driven Africa’s elephants to the brink of extinction in certain areas, with poachers murdering almost 56 elephants each day between 2007 and 2014. Those 144,000 slaughtered elephants — close to a third of all Africa’s elephants — died largely to help meet ivory demand in China, where it is highly sought after and part of a sadly booming trade.

Next, read the inside about the (mostly) legal practice of hunting endangered species in Africa, before checking out the morbid story of Murderous Mary, a circus elephant hanged by a Tennessee town.