What's that bright blue speck of water in the middle of Utah's desert? The potash evaporation ponds may look bizarre, but they have a very specific purpose. 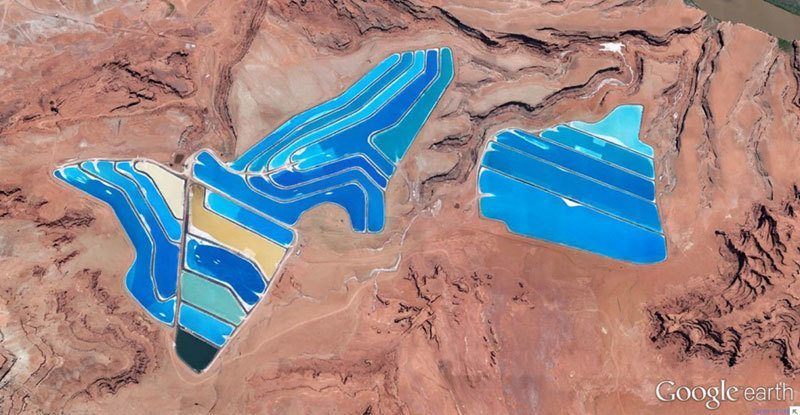 A brilliant blue series of man-made ponds punctuates Utah’s reddish-brown desert landscape, adding a touch of the bizarre to an otherwise barren region. Known as the potash evaporation ponds, these bodies of water aren’t for swimming—they are actually used to isolate a specific type of salt that contains potassium. 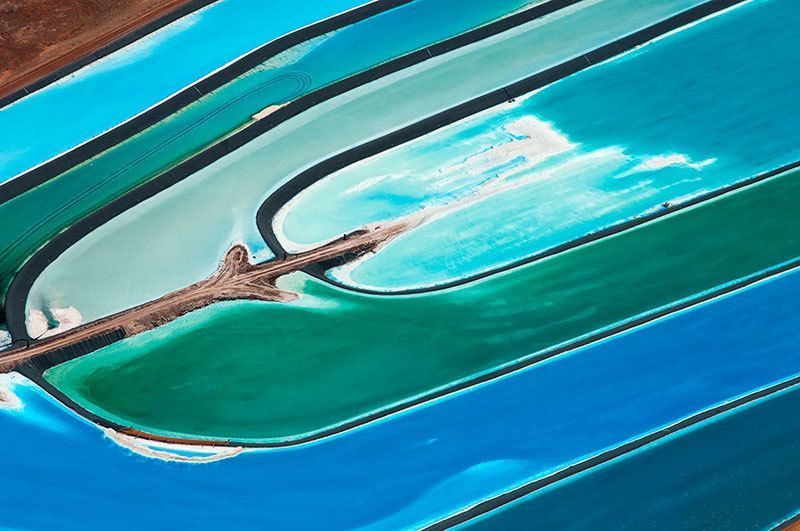 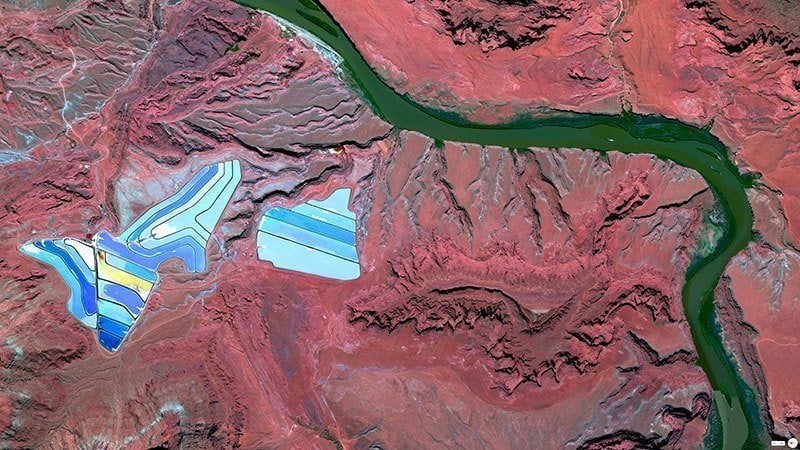 Utah’s potash evaporation ponds were created to harvest potash–a word which describes an array of potassium-containing salts–which is then distributed for use around the county.

Getting its name from the Dutch word potaschen—meaning “pot ashes”—the substance is used in a variety of common goods such as fertilizer and soap. 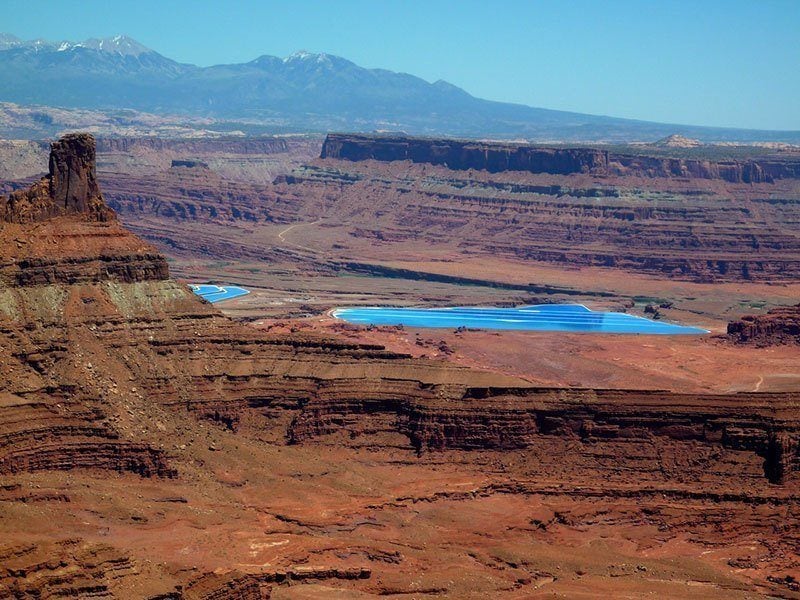 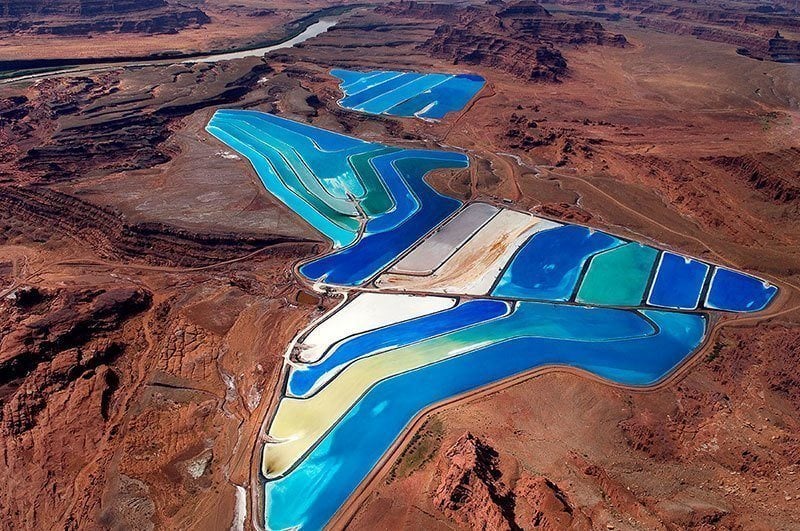 To harvest the potash, miners first pump briny water from the nearby Colorado river into an underground mine. The salty water dissolves the potash—which is buried about 3,000 feet below ground—but leaves other minerals in the area largely undisturbed. The potash-infused water is then sent to the evaporation ponds. 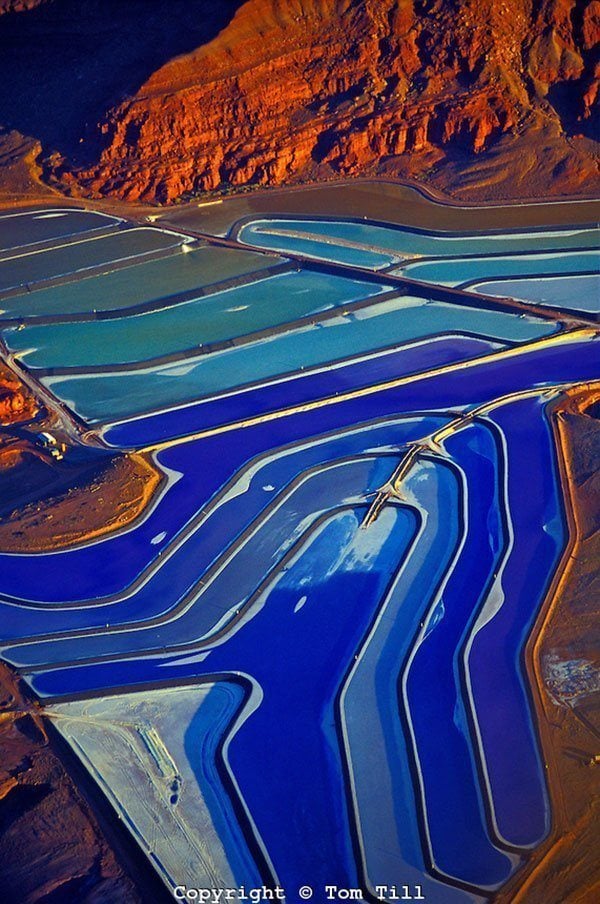 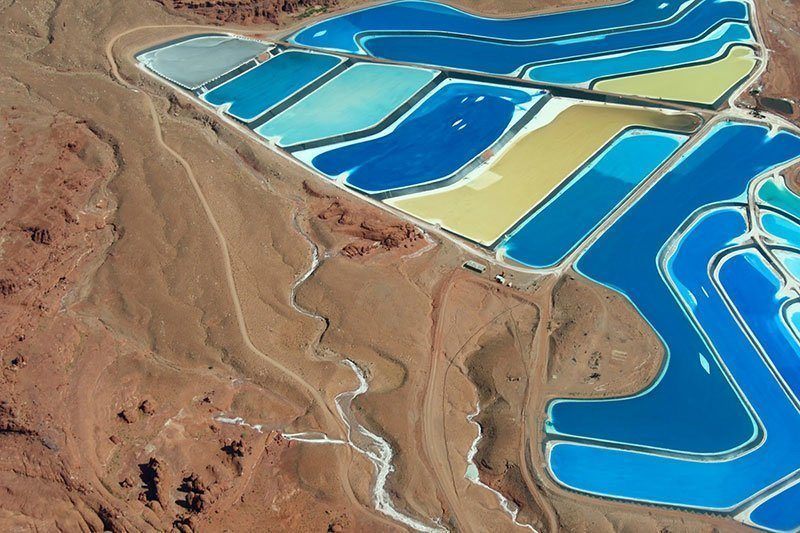 Water in the potash evaporation ponds is dyed a deep blue color that allows the ponds to absorb more heat from the sun. As the evaporation process takes place, the ponds change color. Despite this added feature, it still takes almost a year—well, 300-ish days to be exact—for the brine to become salt and potash crystals.

Solar ponds like the potash evaporation ponds exist all over the world. They can be used for a variety of purposes, including solar power generation, desalination, process heating, and more. Check out the world’s most colorful ponds below: 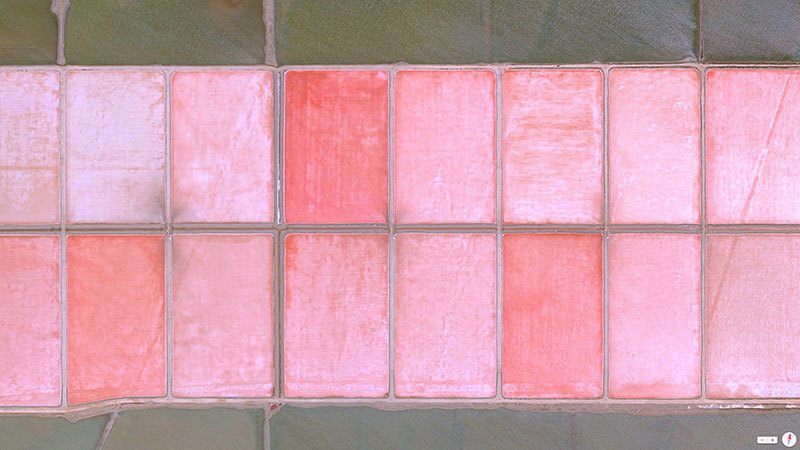 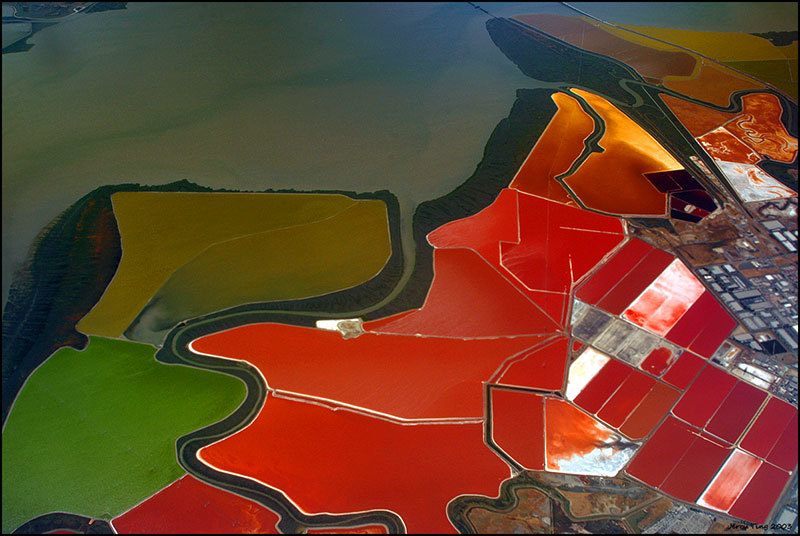 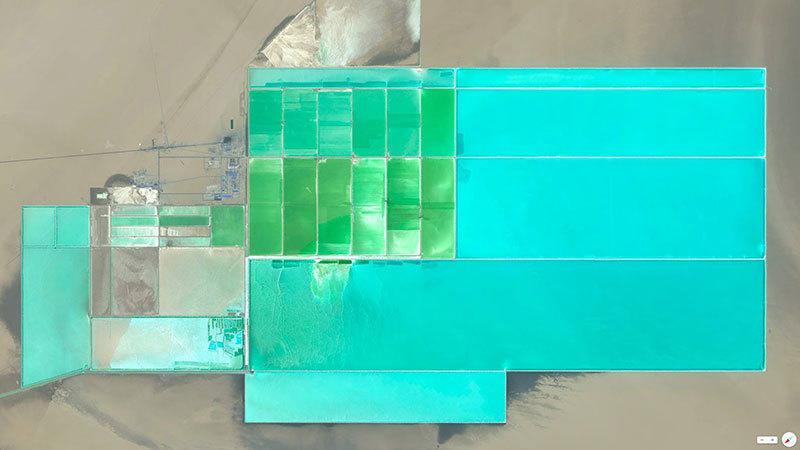 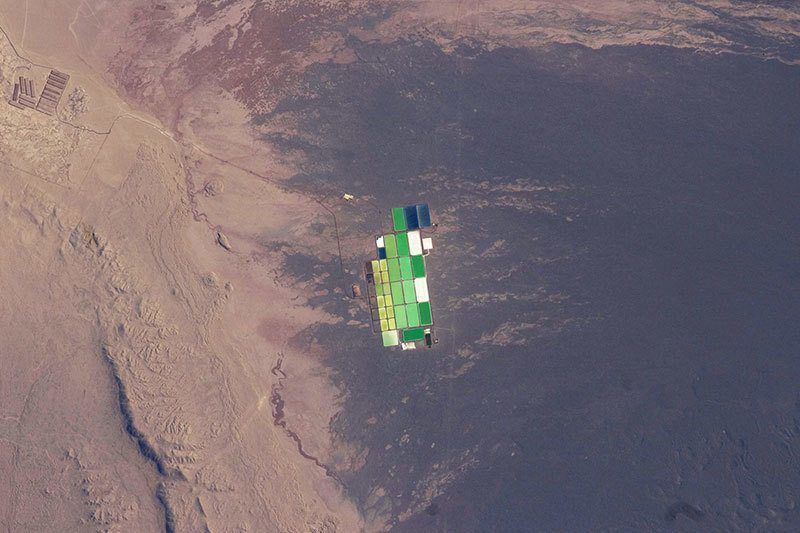