The Most Stunning Roman Ruins Outside Of Italy

If you're looking for Roman ruins but aren't a fan of tomato-based dishes, good news: you don't have to go to Italy to see them. 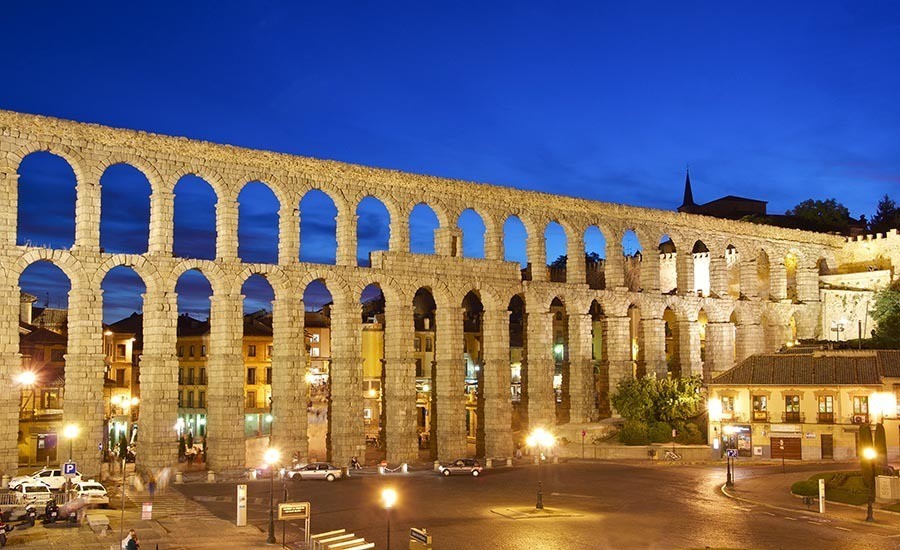 At its apogee in the early second century, the Roman Empire controlled five million square kilometers of land that stretched from Britain to the Persian Gulf. Speckled around this massive range of earth, remains of this former global hegemon still stand today. The sites below are among the most stunning reminders of Rome’s past power. 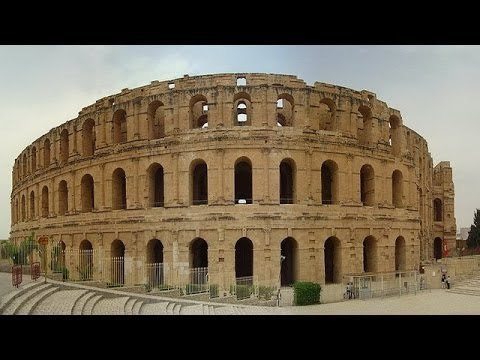 The Aspendos Theater near Serik, Turkey 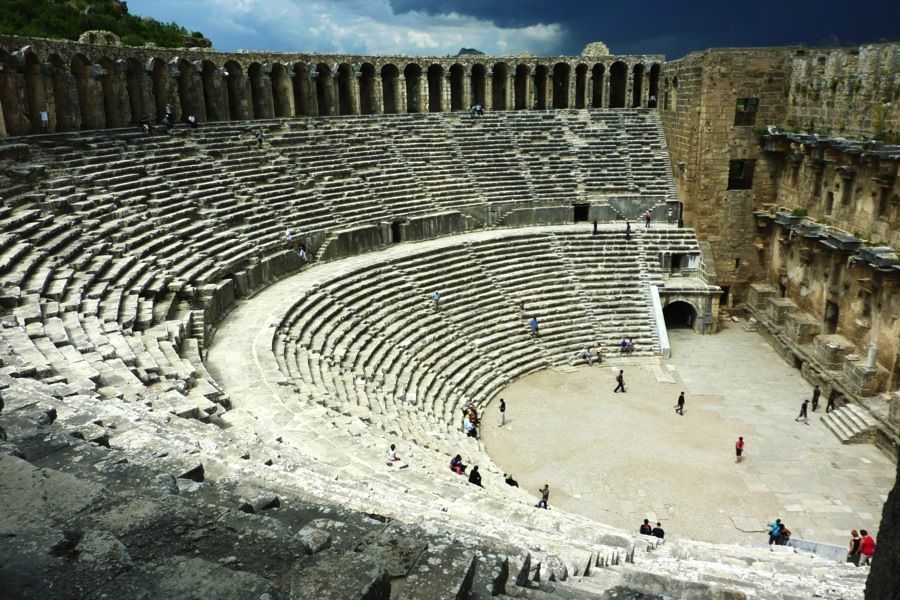 This spectacular theater near the southern coast of modern-day Turkey can seat 7,000 people and still holds musical and dramatic performances more than 1,800 years after it was built. Source: Flickr

The Terrace Houses at Ephesus, Turkey 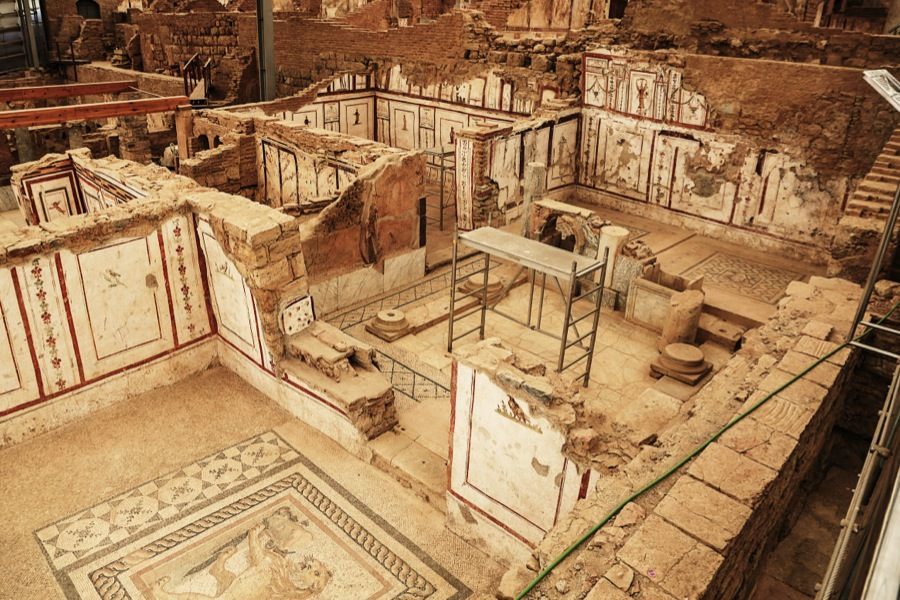 Constructed on the Bulbon Mountain terraces, these were the homes of the first century’s “one percent”. In addition to gorgeous mosaics, these incredible houses had hot and cold water as well internal heating, via steam pipes that ran beneath the floors. Source: Wikimedia

The Hippodrome and Roman Theater at Caesarea, Israel 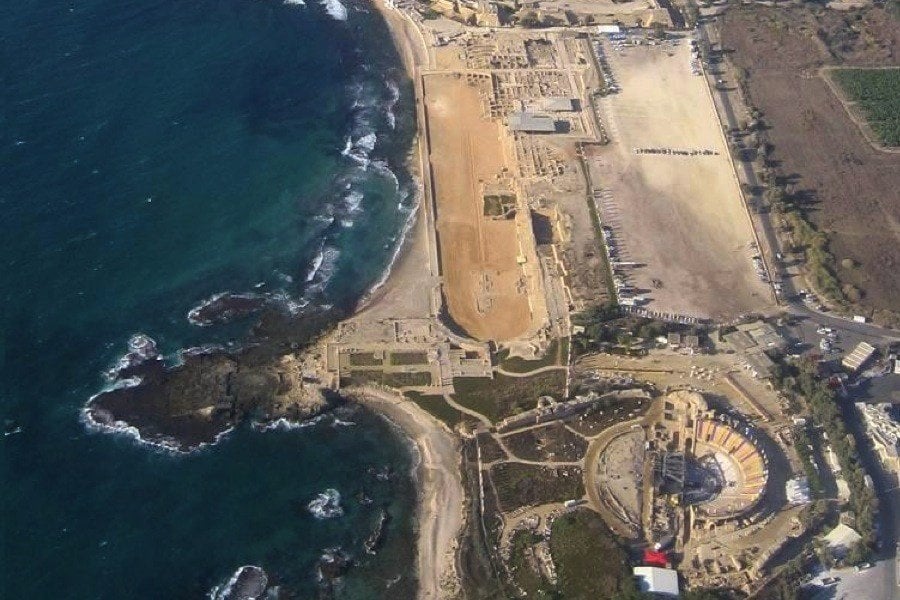 It’s hard to get more Roman than naming a city Caesarea, and this ancient spot on Israel’s Mediterranean coast is home to two monumental structures. The hippodrome, or horse tracks, could seat about 10,000 spectators for chariot races. The 4,000-seat theater facing the sea was built over two millennia ago. Source: Wikimedia

The Coliseum at Pula, Croatia 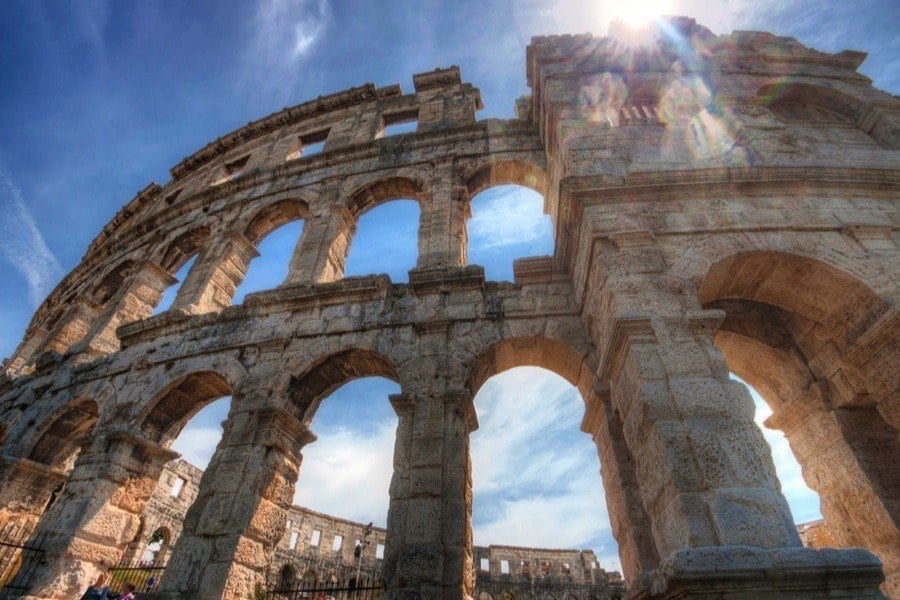 Better preserved than its counterpart in Rome, the coliseum in Pula, Croatia, held gladiatorial combat for roughly six centuries with criminals released to wild beasts for public entertainment until at least the second half of the 7th century. Source: Flickr 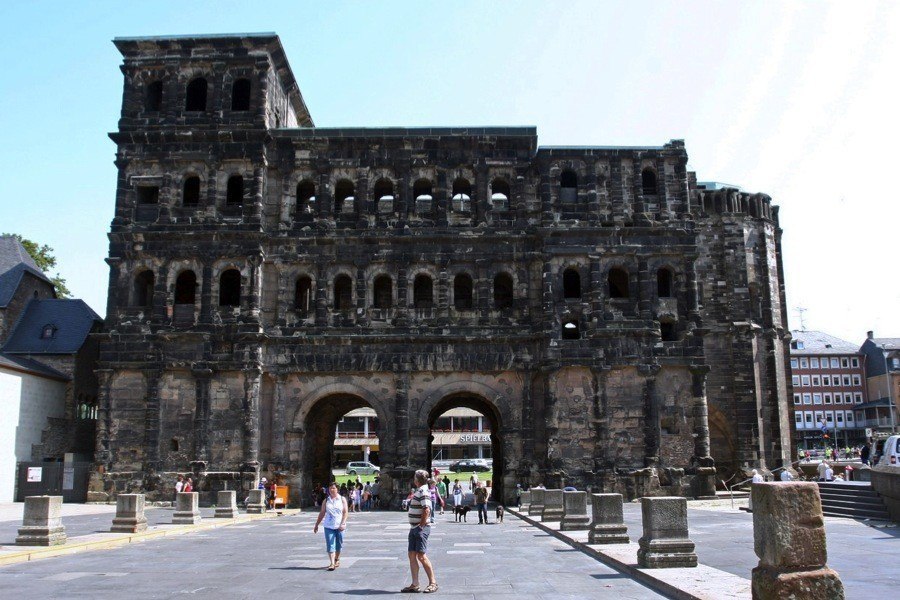 Porta Nigra is the almost-finished, massive city gate of the Trier in modern Germany. UNESCO declared this enigmatic edifice a World Heritage Site in 1986 as “a unique achievement of 2nd century Roman architecture.” Source: Flickr

The Arena of Nîmes, France 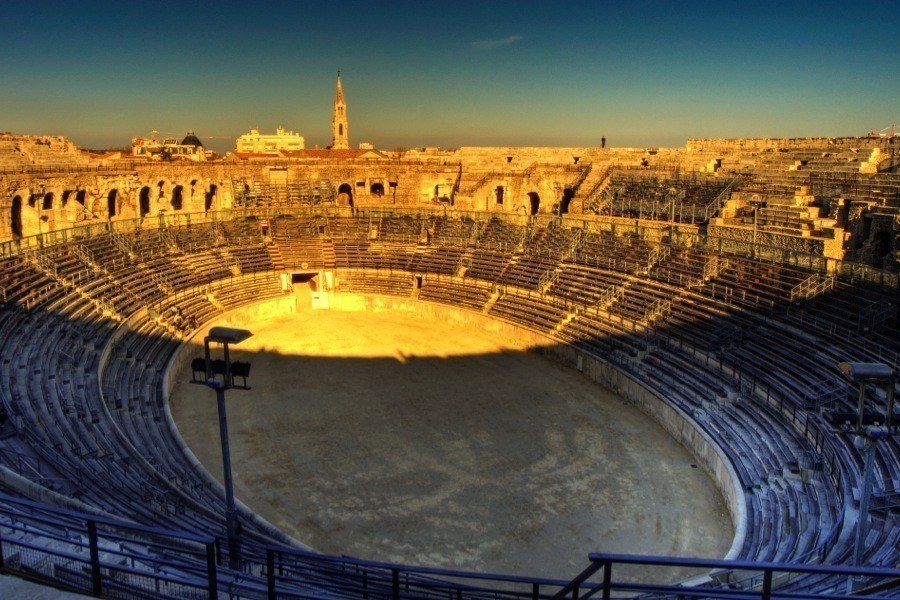 120 well-preserved arches circle around a stadium where crowds 24,000 strong began watching gladiatorial battles in the 1st century. Gore enthusiasts still gather here, as the arena has been used for Spanish-style bullfighting since 1863. Source: Flickr

The Aqueduct of Segovia, Spain 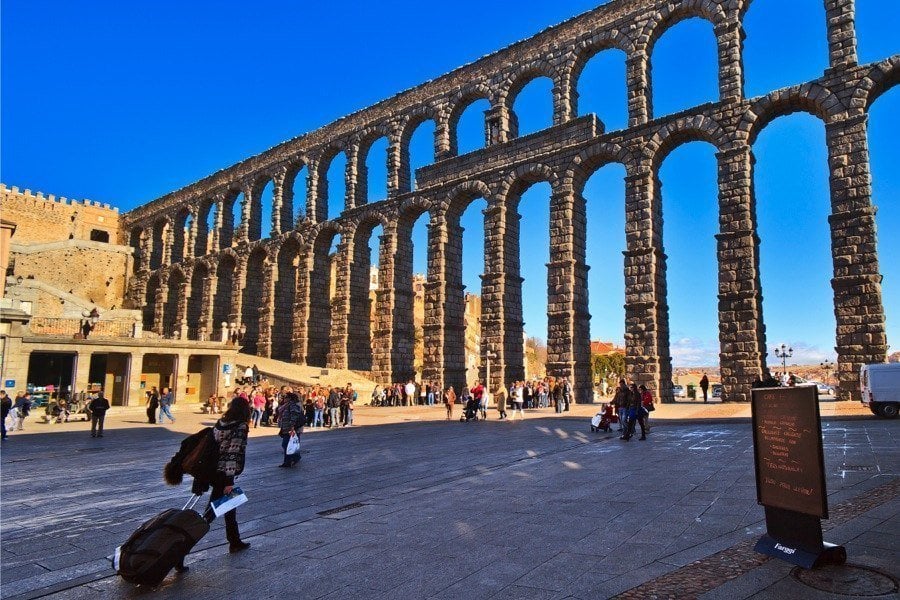 From tip to tail, the 1st century Roman aqueduct in Segovia stretches for nearly 15 kilometers. Much of this run is underground, but for a full kilometer the aqueduct rises upward in a remarkable sequence of 166 arches that crosses right through the center of town. Source: Flickr

The “Archeological Ensemble” at Mérida, Spain 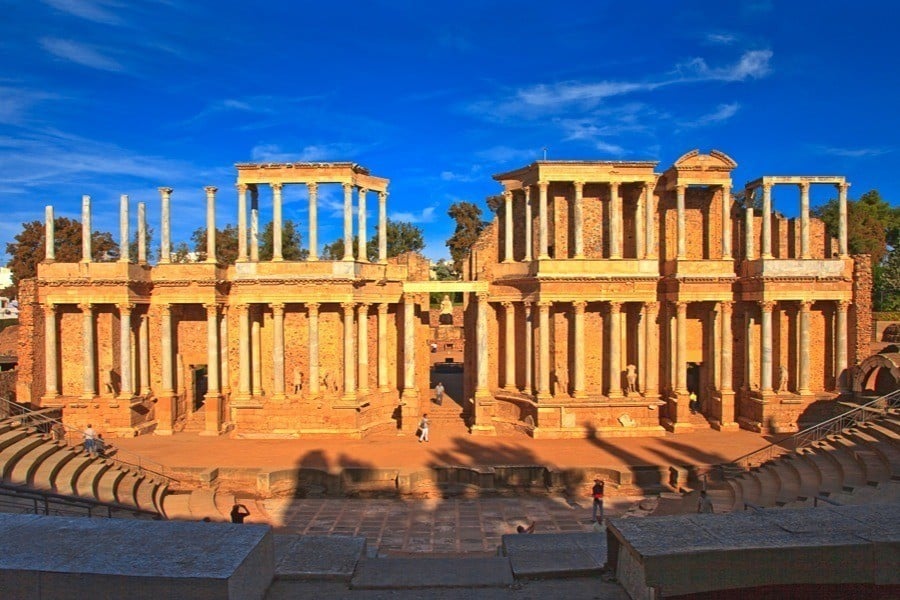 Named a UNESCO World Heritage Site in 1993, the impressive collections at Mérida include a gladiatorial amphitheater, a river-spanning bridge, a crumblier aqueduct than the one in Segovia, and a beautiful theater (pictured). All this wealth is here because, starting in 25 BCE, Mérida was the capital of the Roman province of Lusitania. Source: Flickr 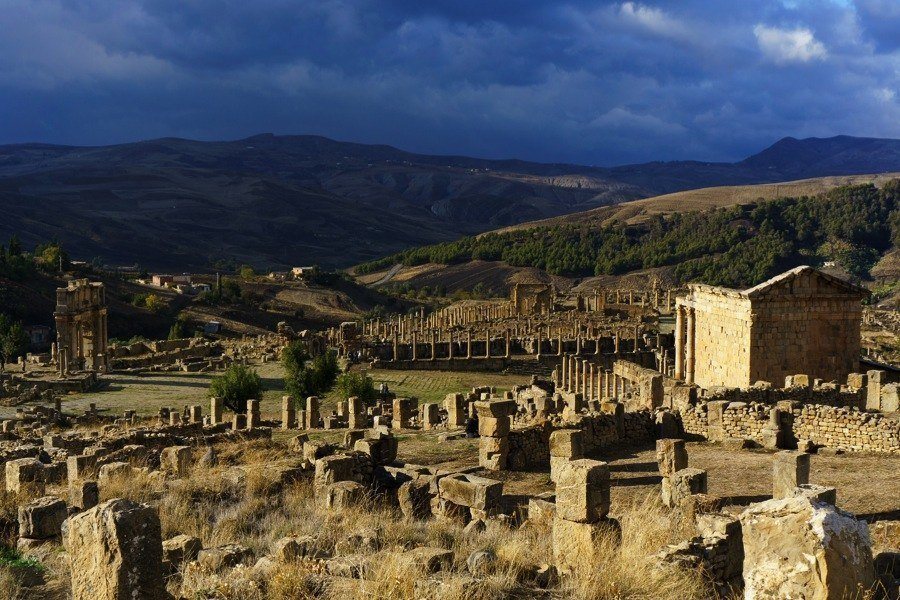 Built as a military outpost in northern Algeria’s low mountains, the city of Cuicul was occupied for roughly six centuries and then abandoned as the empire collapsed. Today, visitors can wander through the skeletons of the city and imagine what the forums, bathhouses, pagan sites of worship, and the Christian basilica would have looked like. Source: Flickr

The Ancient City of Leptis Magna at Khoms, Libya 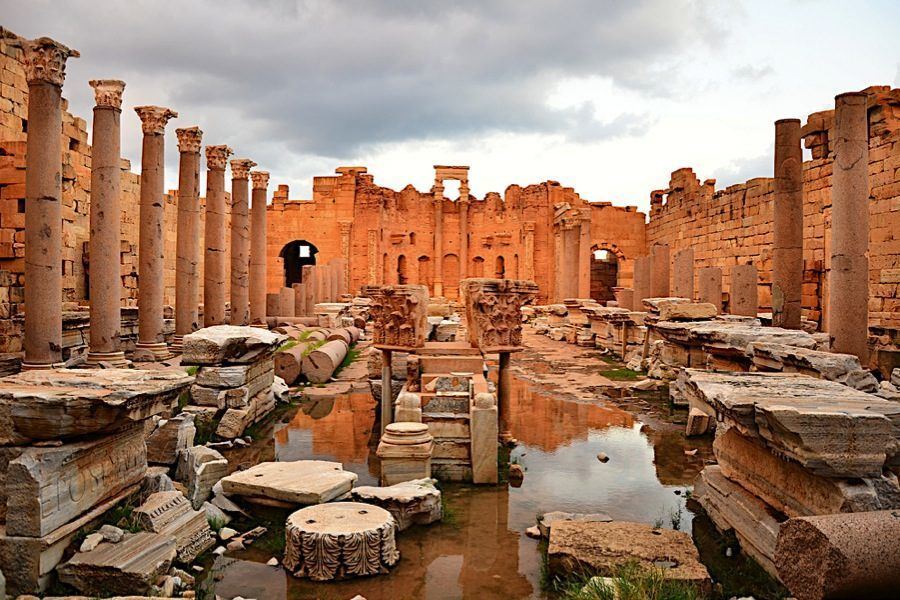 This Phoenician port town received a massive investment of Roman coin when one of its children, Septimius Severus, grew up to become Emperor at the end of the 2nd century. Under his reign, Leptis Magna became known as one of the empire’s most beautiful cities. Source: Flickr

The Amphitheater of El­Jem, Tunisia 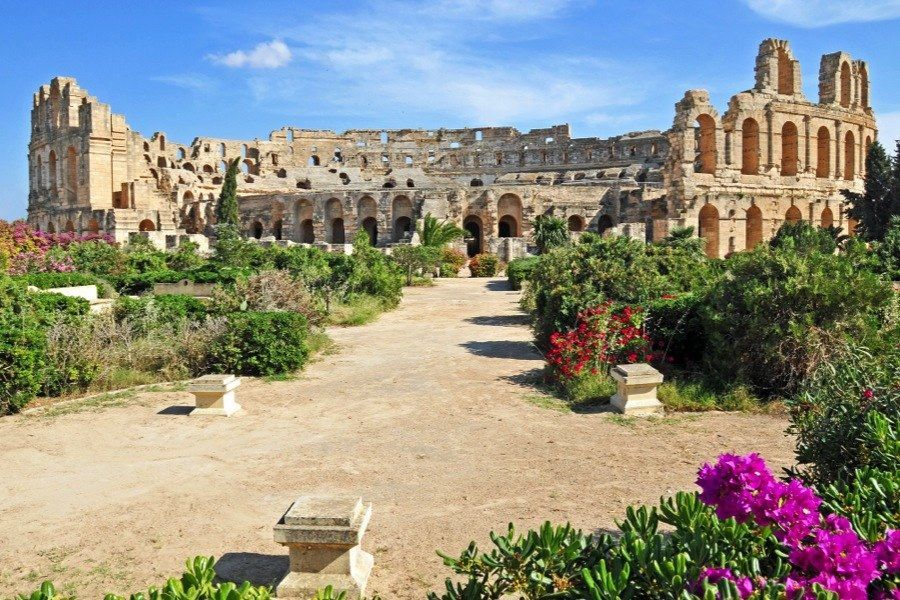 This grand arena could hold 35,000 fans for gladiatorial battles and chariot races. As UNESCO puts it, the 3rd century “monument of El Jem is one of the most accomplished examples of Roman architecture of an amphitheatre, almost equal to that of the Coliseum of Rome.” Source: Flickr

Interested in Rome's effects in North Africa? Check out this video below: