Scientists Discover The Remains Of A 3,700-Year-Old Egyptian Woman And Her Fetus Who Died In Childbirth

The discovery provides information about how Ancient Egyptians may have dealt with pregnancy and maternal mortality. 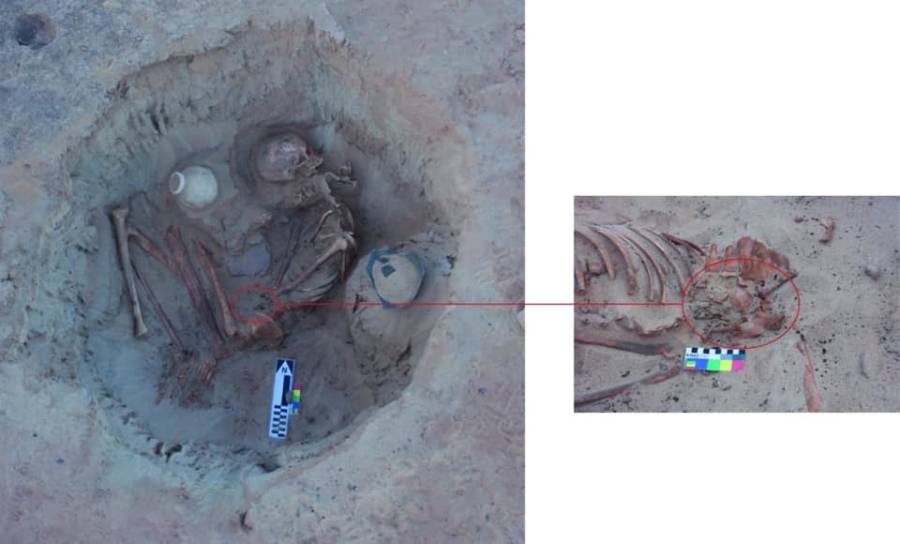 Egypt Ministry of AntiquitiesThe tomb with the Ancient Egyptian woman and her unborn child.

Archeologists have discovered the remains of an Ancient Egyptian woman that likely died just before childbirth.

The discovery was announced by Egypt’s Supreme Council of Antiquities via Facebook on Nov. 14. The statement read that the discovery was made by the joint Italian-American archaeological project which is investigating the town of Kom Ombo in southern Egypt.

Kom Ombo was an agricultural town that’s known for its ancient “double” temple, meaning that the temple in the city possessed two sets of rooms and corridors that were built to honor two different gods.

The remains of the pregnant woman were found in a tomb, and she is thought to have been about 25-years-old at the time of her death.

The tomb itself was discovered in a cemetery that was used by travelers through the southern Egyptian desert, according to the Secretary-General of the Supreme Council of Antiquities Mostafa Waziri. It’s believed that the cemetery dates back to 1750-1550 B.C.

The fetus in the woman’s womb was found to be in a head-down position, meaning that the baby was preparing for childbirth. This indicated that the woman may have died just before or during labor. The mother was also wrapped in a leather shroud. There were two pottery vessels found beside her as well. 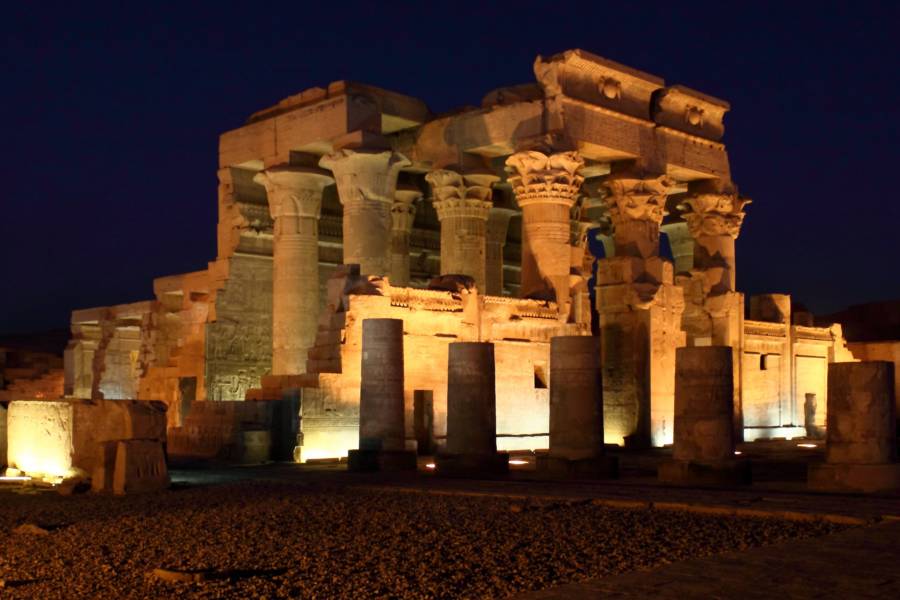 This rare discovery can give historians and experts clues as to what maternal mortality looked like in ancient times.

Professor Sandra Wheeler from the University of Central Florida says that the discovery “reinforces the idea that childbirth was precarious and that maternal mortality was something people faced all the time.”

Wheeler, who is not directly involved with the discovery at Kom Ombo, says that without the presence of soft tissues it will be nearly impossible to determine the woman’s cause of death with 100 percent certainty.

The statement made by the Council of Antiquities states that the woman’s pelvis wasn’t aligned correctly. Wheeler believes that this could mean that the woman experienced trauma or malnutrition during her critical developmental years.

Meanwhile, Wheeler and other archeologists are excavating a cemetery in the town of Dakhla Oasis, which is in the western Egyptian desert. There they have discovered a burial site with about 200 buried premature fetuses, which were all likely the result of miscarriages. 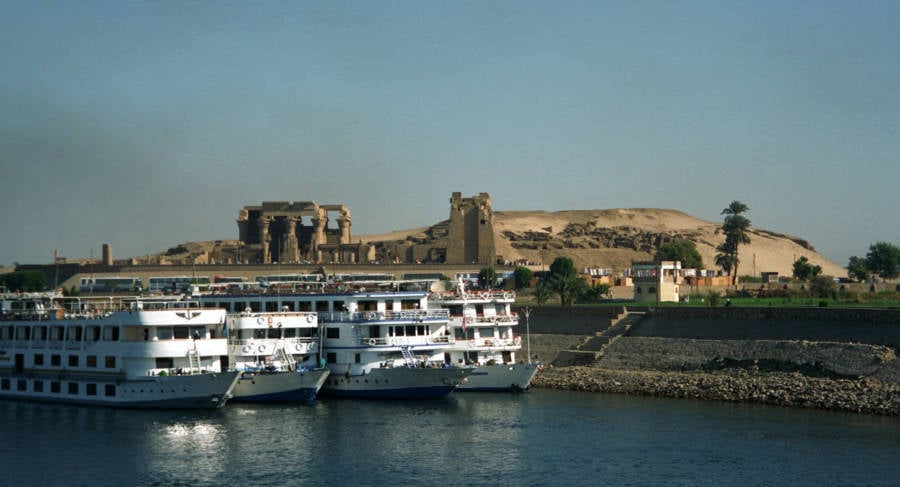 Wikimedia CommonsThe Nile River with the Temple of Kom Ombo in the background.

The burial of the premature fetuses and the discovery of the woman with her unborn child might hint at what the Ancient Egyptians considered a fully-formed person to be.

“It gets into the idea of personhood,” says Wheeler. “Were they considered full people? They’re being buried like they were.”

The announcement of this discovery is the latest in a series of discoveries out of Egypt that’s meant to attract tourism to the country. For instance, earlier in 2018 archeologists announced the discovery of a tomb filled with mummified cats and rare scarab beetles at a 4,500-year-old burial site near Cairo.

The announcement of that discovery was meant to “show the exceptional richness of the Egyptian civilization and to attract the attention of the world towards its magnificent monuments and great civilization so that it becomes the focus of the world as it deserves,” according to the ministry’s release.

The insurgence of discoveries that have been announced out of Egypt is definitely garnering media attention as of late, which the country’s government hopes will, in turn, attract greater tourism.

Next, read this story about an ancient ramp that was discovered which might indicate how the Pyramids at Giza were built. Then, take a look at these pictures of stunning ancient pyramids that aren’t in Egypt.