Amazing Pyramids That Aren’t From Egypt 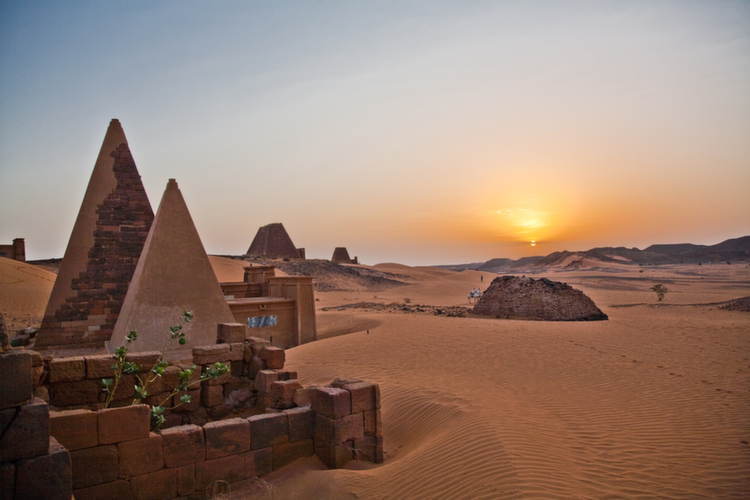 When most people think of pyramids, their minds instantly go to Egypt. After all, all of the most famous pyramids are located there. However, Egypt does not corner the market completely. These ancient structures have been built all over the world and there are some astonishing examples that can be found in Asia, America and even Europe. 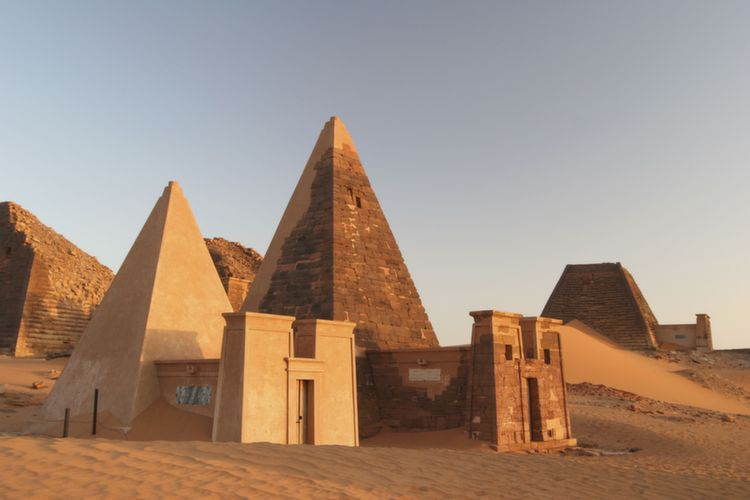 For starters, we aren’t traveling very far from Egypt. In fact, we are just visiting its southern neighbor, Sudan. Back when this region was known as Nubia, it was ruled over by the Kingdom of Kush. While the Kushite Kingdoms ruled, they centered their capital in three different locations: Kerma, Napata and Meroe. They’ve also built pyramids in each area. 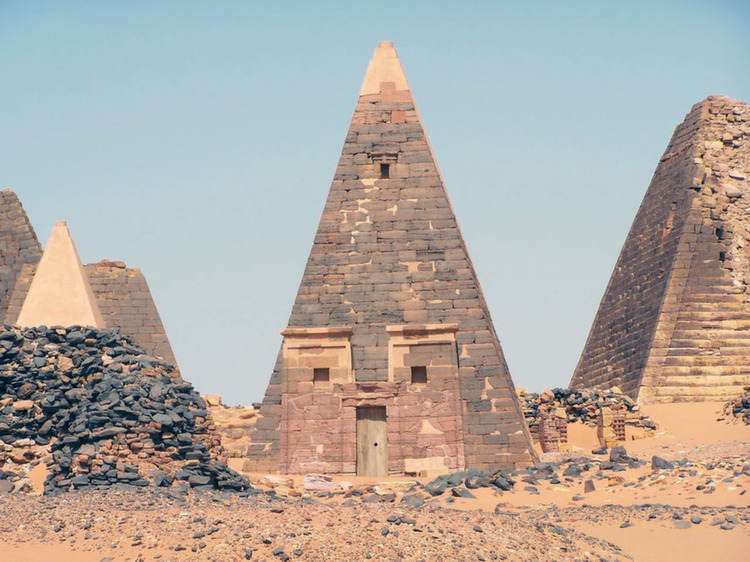 Pyramids at the cemetery of el-Kurru. Source: Narmar

Over a period of approximately 3000 years between 2600 BC and 300 AD, over 250 pyramids were built in these three capital cities. Like the Egyptian pyramids, these were used as burial chambers for the Nubian rulers and their families. The royal cemetery at El-Kurru is arguably the most famous location. It is the resting place of noteworthy rulers such as Kashta, Shabaka and Piye.

It is pretty easy to distinguish between Egyptian and Nubian pyramids. Although the latter were often as tall as Egyptian pyramids, they had a much smaller foundation. This led to the creation of pyramids that were very tall and narrow. 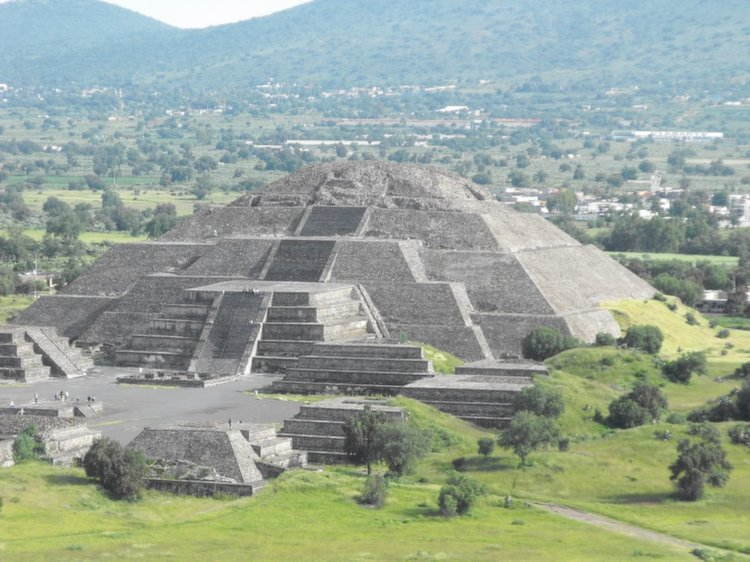 Full view of the Pyramid of the Moon. Source: Panoramio

The pyramids in South America have become pretty well-known in their own right. Many ancient civilizations such as the Aztec and the Maya have built very large and impressive structures throughout what is now Mexico. Tourism in these areas has boomed over the last few years. A lot of the credit goes to the notorious Mayan calendar which some claimed that it predicted the end of the world. 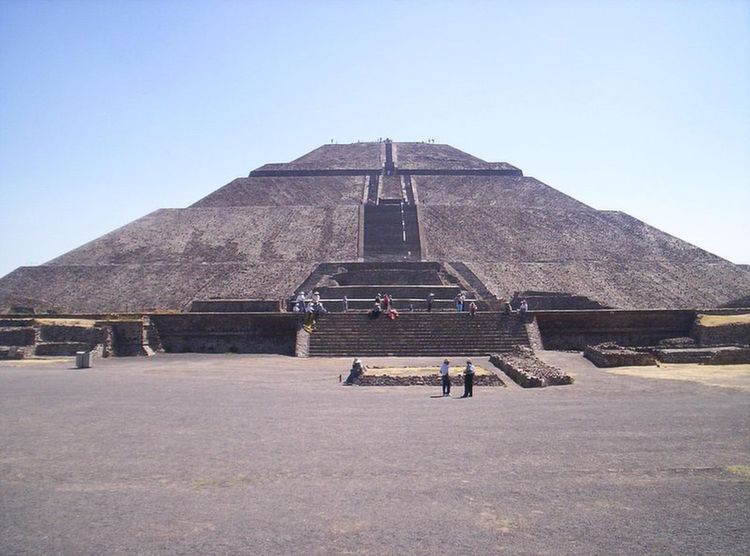 Entrance to the Pyramid of the Sun. Source: Wikimedia Commons

These ancient structures don’t need any kind of extra publicity because they are quite astonishing on their own. The Aztecs built their greatest pyramids in the ancient city of Teotihuacan. Here is where you can find the Pyramid of the Sun, the largest Aztec pyramid in the world (third largest overall).

However, at a height of just 233 ft, it is about half as tall as the Pyramid of Giza. This is because the design of Aztec pyramids is quite different. They have a very large foundation (Pyramid of the Sun has a base perimeter of almost 3,000 feet), but they are not very tall. 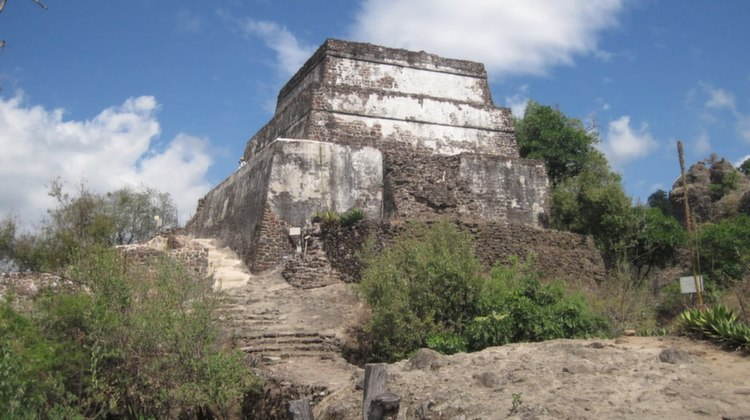 This small pyramid at El Tepozteco was dedicated to the Aztec god Tepoztecatl. Source: Blogspot 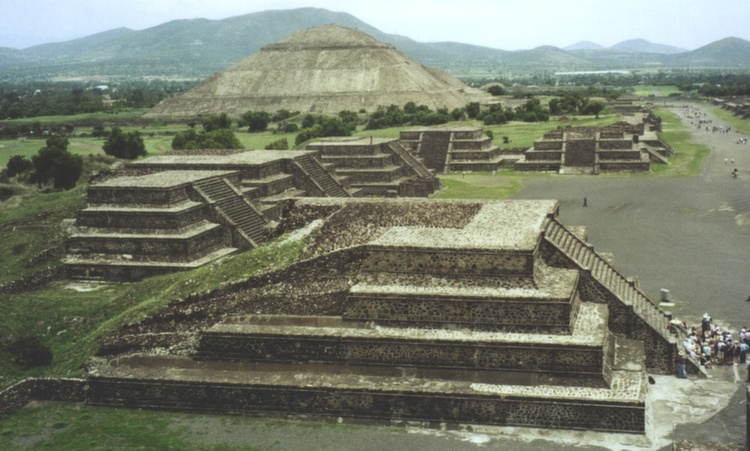 Pyramid of the Sun surrounded by much smaller pyramids. Source: University of Wisconsin 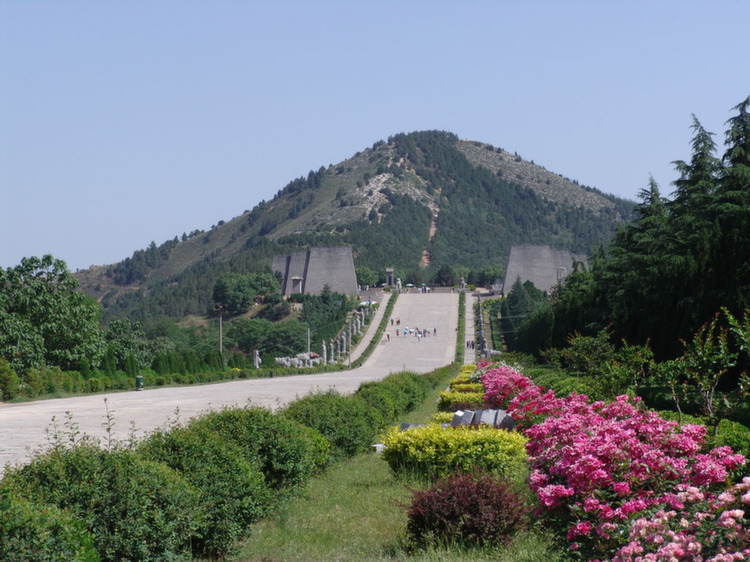 Many ancient Chinese emperors from Qin, Han and Tang dynasties have been buried in pyramids which can be found all over China, particularly around the Luoyang and Xi’an regions. These pyramids are quite distinct from other examples because they are actually earthworks designed to look like burial mounds. The outsides are covered in earth, grass and trees so that they resemble hills instead of man-made structures. 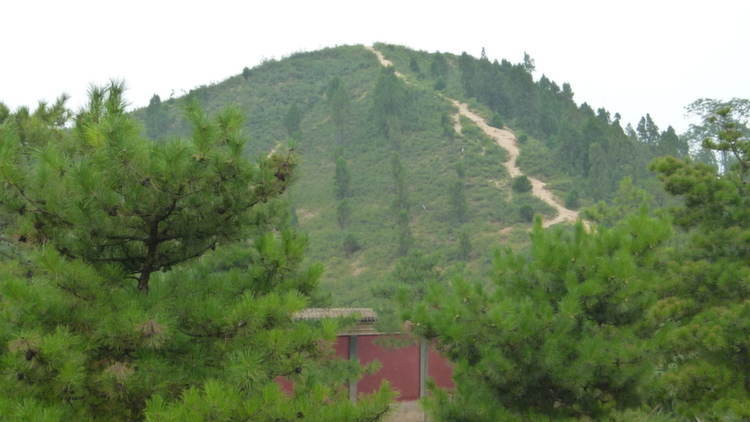 The most famous burial tomb is the one belonging to Qin Shi Huang, also known as the First Qin Emperor. He is the one who united the various Chinese states in 221 BC and also built the Great Wall of China. Another project of his was the Terracotta Army which is actually located in pits near his tomb. 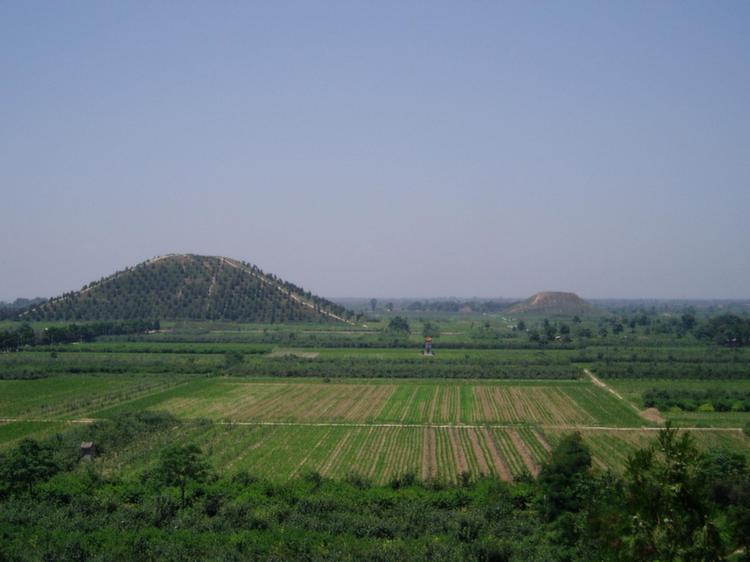 The Chinese pyramids from a distance. Source: Hidden Inca Tours

Another notable pyramid is Maoling, the tomb of Emperor Wu of Han. It is located in Xingping in the Shaanxi Province, and is the largest pyramid in a massive group consisting of over 20 mounds. 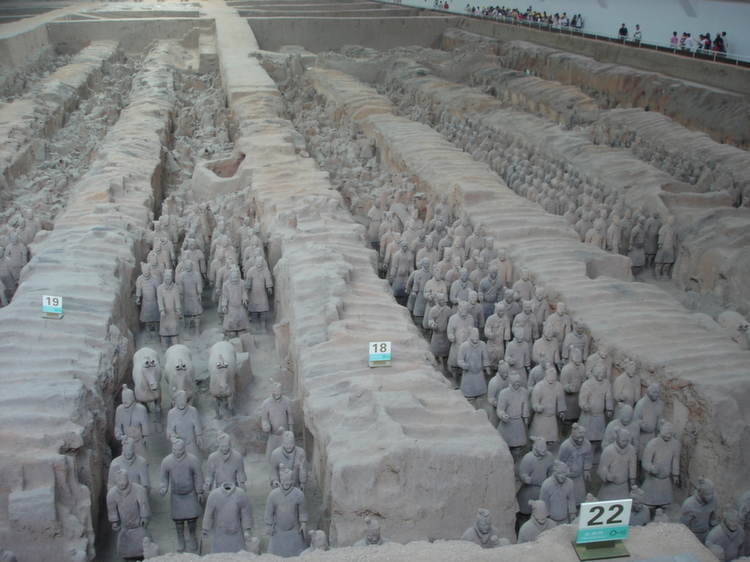 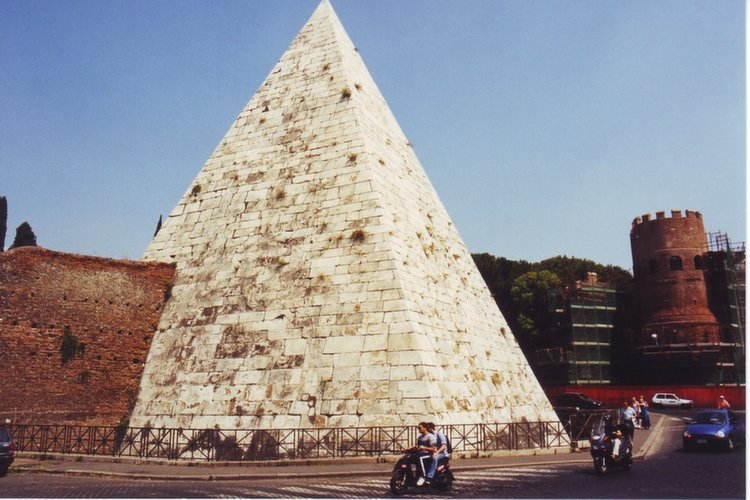 The Pyramid of Cestius, located at a junction in the heart of Rome. Source: Panoramio

Europe is not the first place that comes to mind when talking about pyramids, but there is a quite impressive pyramid right in the middle of Rome. It is called the Pyramid of Cestius, named after the Roman magistrate who was entombed inside around 12 BC. 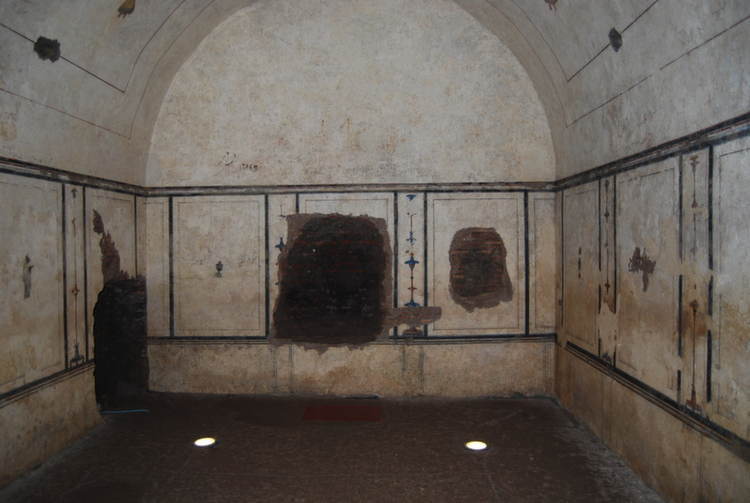 The interior needs some restoration Source: The History Blog

Originally, the pyramid would have been placed outside the city since tombs weren’t permitted within city limits. However, as Rome continued to expand, the Pyramid of Cestius was eventually engulfed by Rome. Being placed within the city’s fortifications kept the pyramid from being damaged. Today it is one of the best preserved historical buildings in a city filled with them. 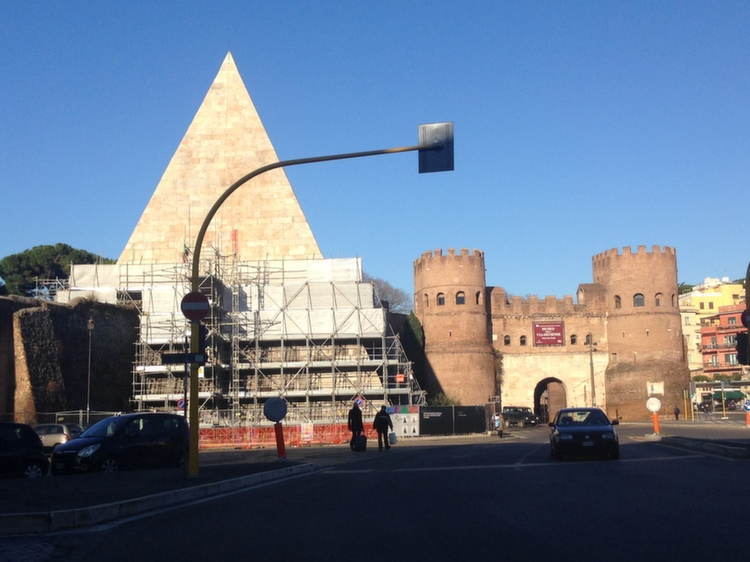 Restoration work began on the pyramid in 2013. Source: WordPress

From a design perspective, the pyramid is tall and narrow, reminiscent of the aforementioned Nubian pyramids. The kingdom of Meroe had been attacked by the Romans in 23 BC so there is a possibility that Gaius Cestius took part in that campaign.