Long before Prince William and Prince Harry both chose to marry non-royals, or “commoners” as they were called at the time, it was Princess Margaret who made history by becoming the first daughter of a king to marry a commoner in 400 years.

Princess Margaret seemed to take advantage of her role as the less-publicized sister in her romantic life. While Elizabeth was expected to marry young and choose a partner fit for her by royal standards, Margaret was a bit more adventurous with her choice of beau.

Her first relationship was with Group Captain Peter Townshend. The two first met when Margaret was a teenager after her father interviewed him for a position as his equerry.

As she grew older, Princess Margaret became more and more infatuated with Townshend and a romance blossomed. Initially, the royal family turned a blind eye to their affair. Townshend was deemed an unfit partner for the princess. He was 16 years her senior, divorced, and the father of two children. 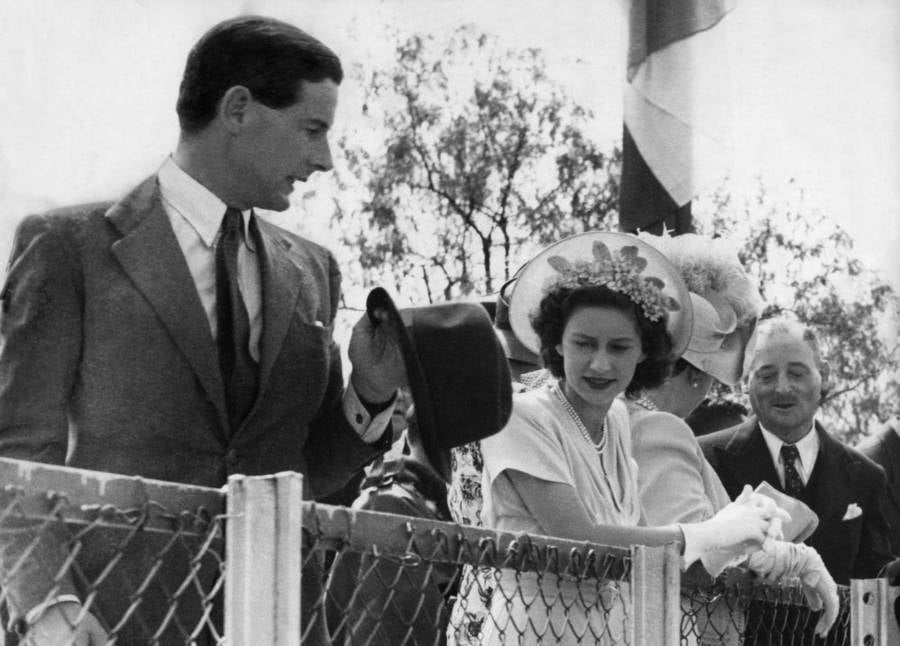 But Margaret was madly in love and didn’t care what her family or the Church of England had to say about the matter. Peter Townshend seemed to agree, he once wrote that their love “took no heed of wealth and rank and all the otherworldly, conventional barriers which separated us.”

Margaret was determined to marry Peter Townshend. But the Royal Marriages Act of 1772 required that the queen must approve of Princess Margaret’s marriage in order for it to proceed — and only until she reached age 25.

Margaret made it clear to her sister that she and Townshend intended to marry, but the queen requested that they hold off due to her upcoming coronation and subsequent six-month tour of the Commonwealth. She reportedly asked Princess Margaret to wait a year before she would make a decision on the matter.

Unfortunately for Buckingham Palace, a small gesture from Princess Margaret signaled to the rest of the world, which was in the dark about their affair, that she and Townshend were involved. The British media was sent into a frenzy.

At her sister’s coronation in 1953, Margaret flicked a piece of dust off of Townshend’s shoulder, which seemed to imply an intimacy between the two. The tabloids publicized their relationship and the story took the British public by storm.

Princess Margaret Vs. The Queen

Surprisingly enough, the British public largely approved of Princess Margaret’s relationship with Townshend, which created a rift between the public and the royal family as well as the British government. Margaret’s sister, the queen, was stuck in the middle of the sticky situation.

As head of the Church of England, Queen Elizabeth would be required to disallow the marriage on the grounds that marriage is absolutely indissoluble. But the queen wanted to help her sister and make her happy, so she tried to work around religious and royal tradition to make their union possible.

The tension between Princess Margaret and Queen Elizabeth is a central plot point in the first season of Netflix’s popular original series The Crown. The queen, portrayed by Claire Foy, is in a mental tug-of-war between her duty to the crown and her loyalty to her sister.

On the show, after news broke of their romance, an adviser to the queen suggested that she send Townshend overseas to subdue the scandal of the romance. The fictional queen instead elected to schedule Townshend to accompany her and Prince Philip on their Commonwealth tour. 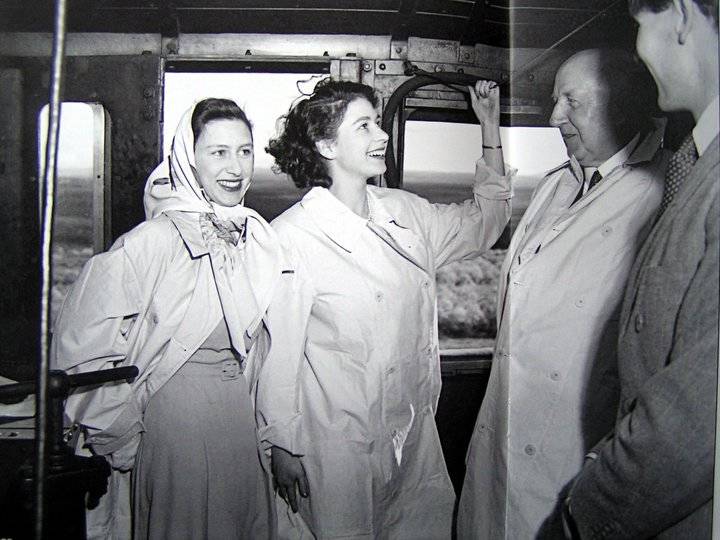 Wikimedia CommonsPrincess Margaret and Queen Elizabeth II during a visit to South Africa.

In reality, Townshend never accompanied the queen on her tour. British Prime Minister Winston Churchill arranged for Townshend to be transferred overseas to Brussels where he would wait two years until Margaret turned 25 — an age when she’d be able to marry without the queen’s direct approval.

When Princess Margaret turned 25 in 1955, she and Townshend reunited and were free to marry. But there was a catch — in order to appease Parliament and those that value tradition, Princess Margaret would have to give up her royal title and allowance and leave the country for a minimum of five years in exchange for the marriage.

On The Crown, Queen Elizabeth explicitly states to Margaret that she will not allow her to marry Townshend and that she would effectively be removed from the royal family if she did so. But ultimately the final decision belonged only to Margaret.

In 2004, the National Archives released documents that showed how the queen and the prime minister at the time, Anthony Eden, worked together to try to give Margaret what she wanted. They drafted a plan in which Princess Margaret would be able to keep her title and civil list allowance, be allowed to stay in the country and even allowed to continue to fulfill her royal duties if the public approved of it — which was highly likely considering her mass public support.

The only thing that she’d have to give up would be her place and her future children’s place in the royal line of succession.

The decision that Princess Margaret ultimately came to was the same, both in reality and in the fictional series about her life. Margaret chose not to marry Peter Townshend because of her royal duty and her respect for the Church of England. In a statement, the princess announced her decision to the public:

“I would like it to be known that I have decided not to marry Group Capt. Peter Townsend. Mindful of the Church’s teaching that Christian marriage is indissoluble and conscious of my duty to the Commonwealth, I have resolved to put these considerations before any others. I have reached this decision entirely alone, and in doing so I have been strengthened by the unfailing support and devotion of Group Captain Townsend. I am deeply grateful for the concern of all those who have constantly prayed for my happiness.”

Although Margaret may not have been as pressured by Queen Elizabeth to call off her engagement as The Crown seemed to suggest, Margaret definitely did feel pressure from her government. Although the Prime Minister was seemingly on her side, there were still some members of Parliament who were extremely against the marriage. 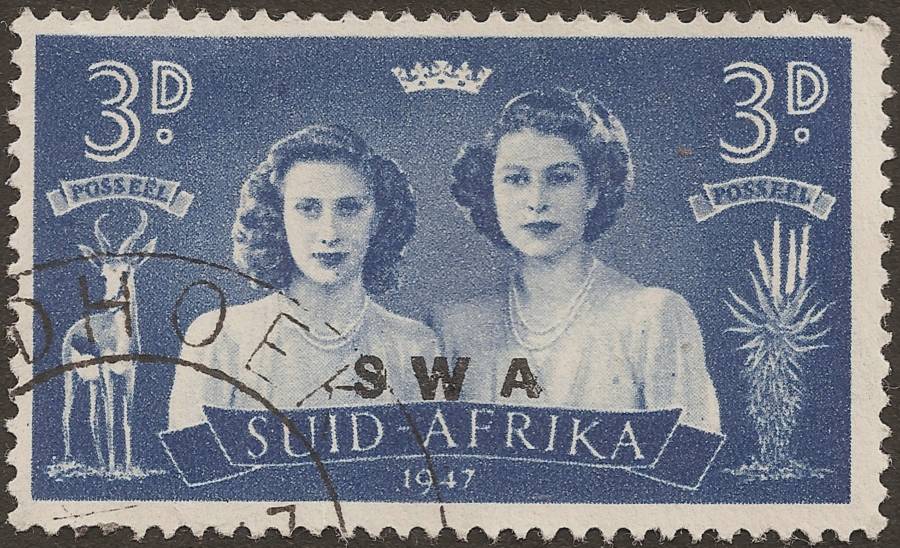 Wikimedia CommonsPrincess Margaret and Princess Elizabeth are featured on a South African stamp from 1947.

Townshend mused in his 1978 autobiography, Time and Chance, that he was not enough to Margaret in the face of her prestige as a royal. “She could have married me only if she had been prepared to give up everything—her position, her prestige, her privy purse,” Townshend wrote. “I simply hadn’t the weight, I knew it, to counterbalance all she would have lost.”

Whatever the case may truly be, Princess Margaret forever became a victim of the outdated laws of the British monarchy in the eyes of her public.