Creative energy is really harnessed when shared. Such is the case with legendary journalist Hunter S. Thompson and the art of Ralph Steadman. 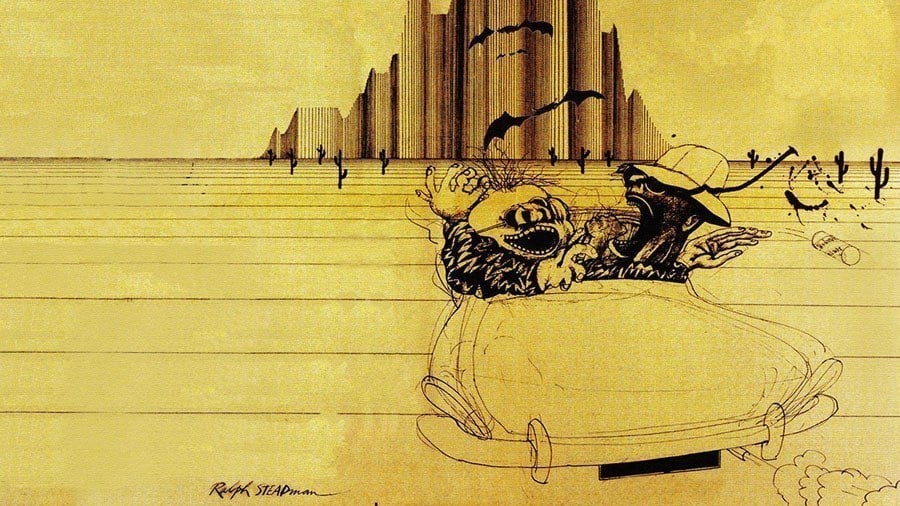 Creative energy is often really harnessed when shared, and the relationship between Hunter S. Thompson and Ralph Steadman is no exception. Virtually anything that Thompson produced during his career featured Steadman’s wonderfully bizarre illustrations, which greatly complemented the out-there, Gonzo brand of journalism that Thompson pioneered in the latter quarter of the 20th century.

Steadman’s images are instantly recognizable to anyone familiar with the enigma that was Hunter S. Thompson. And thanks to Johnny Depp’s brilliant portrayal of Thompson in 1998’s Fear and Loathing in Las Vegas, another generation was introduced to the often misunderstood writer as well as Steadman’s sensory twisting and thought provoking drawings.

Not only is Steadman’s work used for the Criterion Edition cover art of the film, but Fear and Loathing director Terry Gilliam thoughtfully (and effectively) assaulted the audience with Steadman’s often drug-fueled images throughout the film. 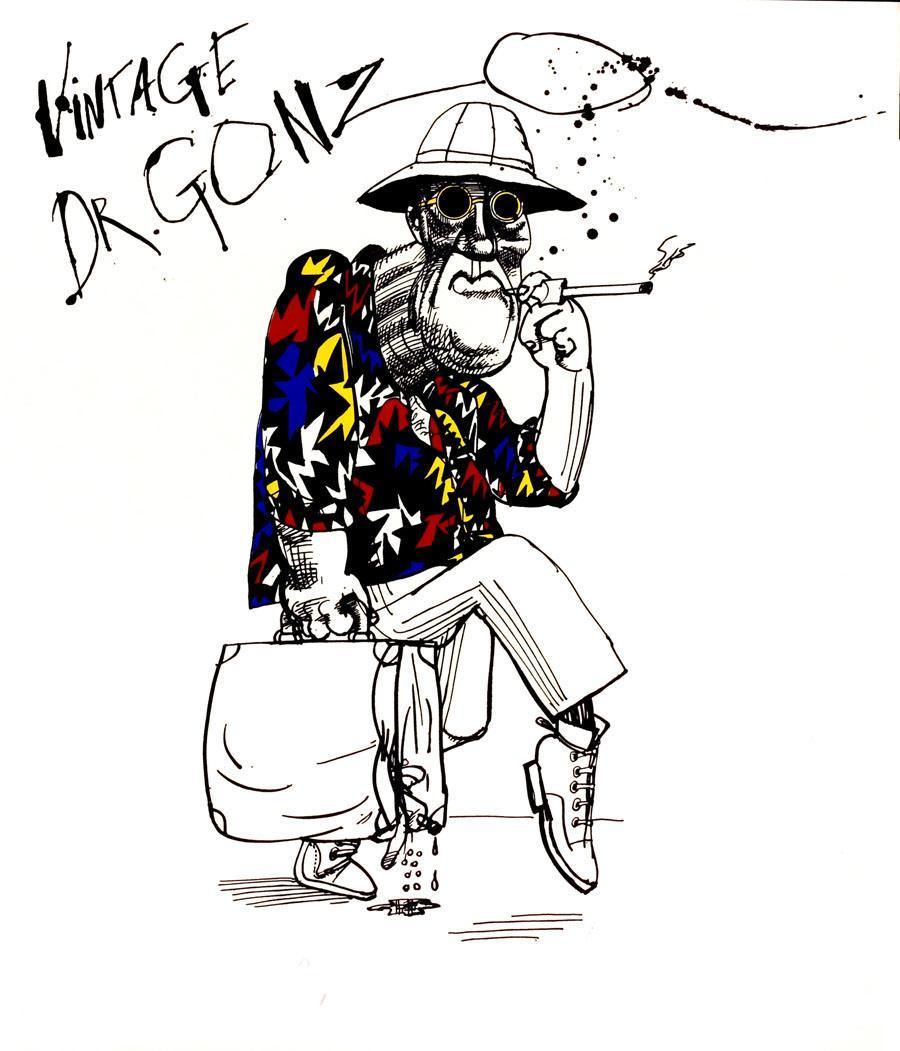 The Gonzo movement was a combination of journalism such as Thompson’s–written without claiming objectivity, and intentionally rebellious–and experimental artwork that often had a political edge, unapologetically furthering the agenda or viewpoints of the artists. The iconic pairing of Steadman and Thompson came about in 1970, when Scanlan’s Monthly hired UK-based Steadman instead of a photographer to accompany Thompson to cover the Kentucky Derby.

When the duo was unable to see the actual race from their seats, the article transformed into a scathing account of the event itself and the people who comprised it, and introduced a new era of journalism to the masses. 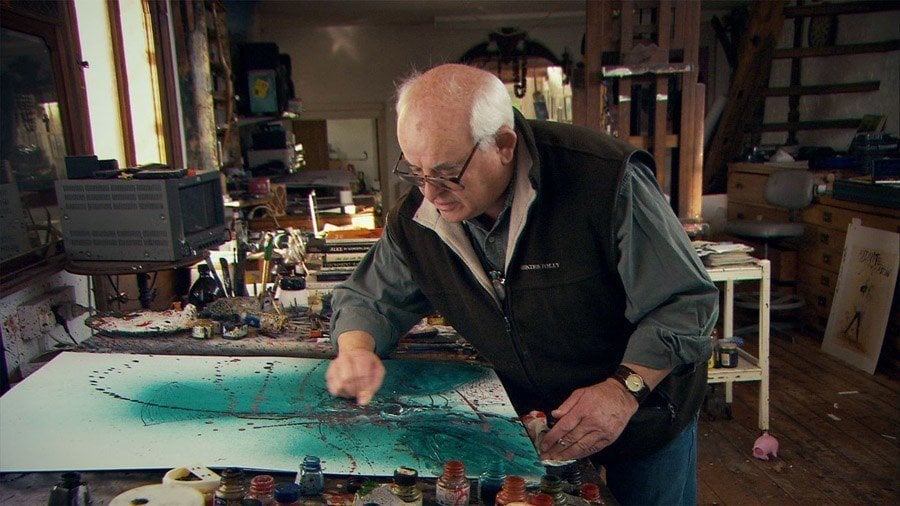 The Kentucky Derby Is Decadent and Depraved became the world’s first taste of Gonzo journalism, as it would be described by Boston Globe editor Bill Cardoso. The phrase was coined and the collaborations between the two would continue for another 35 years. Likewise, Ralph Steadman’s career has spanned many decades, publications and media outlets. Whatever project he is currently working on, you can always see the artist in his work. 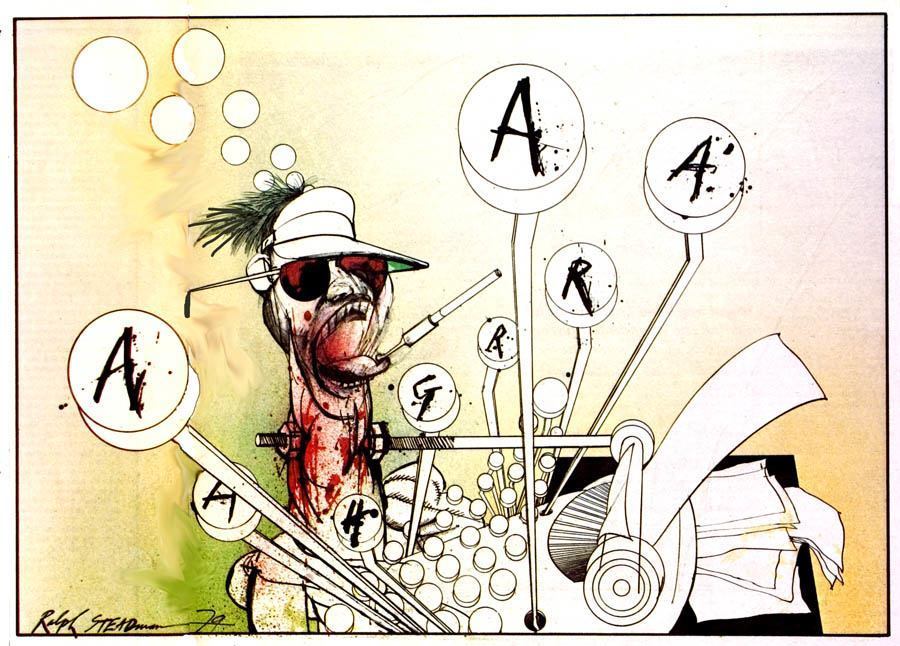 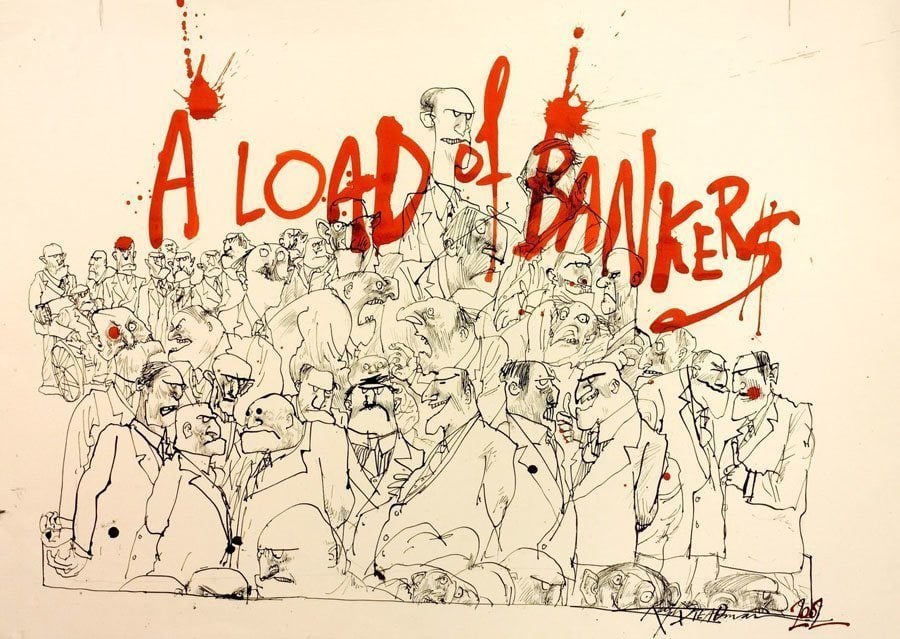 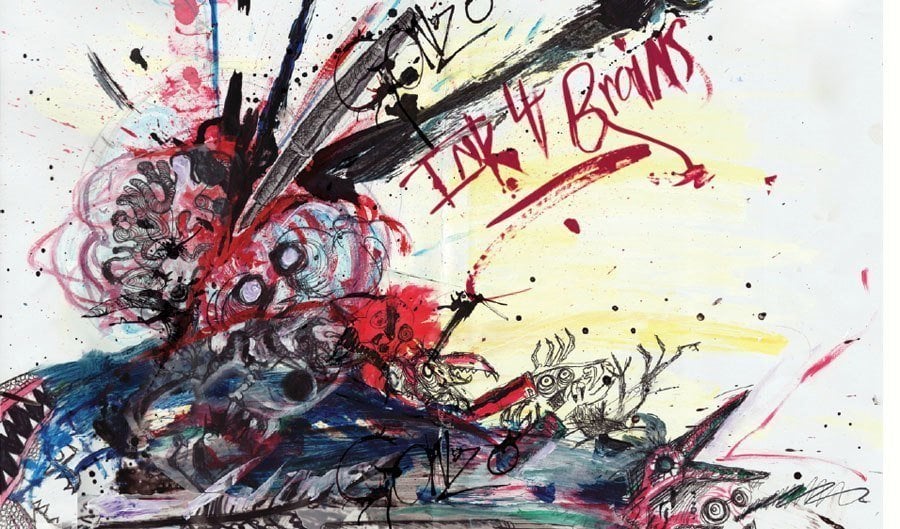 When asked in an interview with GQ Magazine as to whether he was more reliable than Thompson, Steadman said, “I went out there always with a sense of responsibility. I’d get as crazy as I could but I’d do the job. I did what I was being paid to do, or not paid to do. Half the time I never got paid, but it was something to do.” 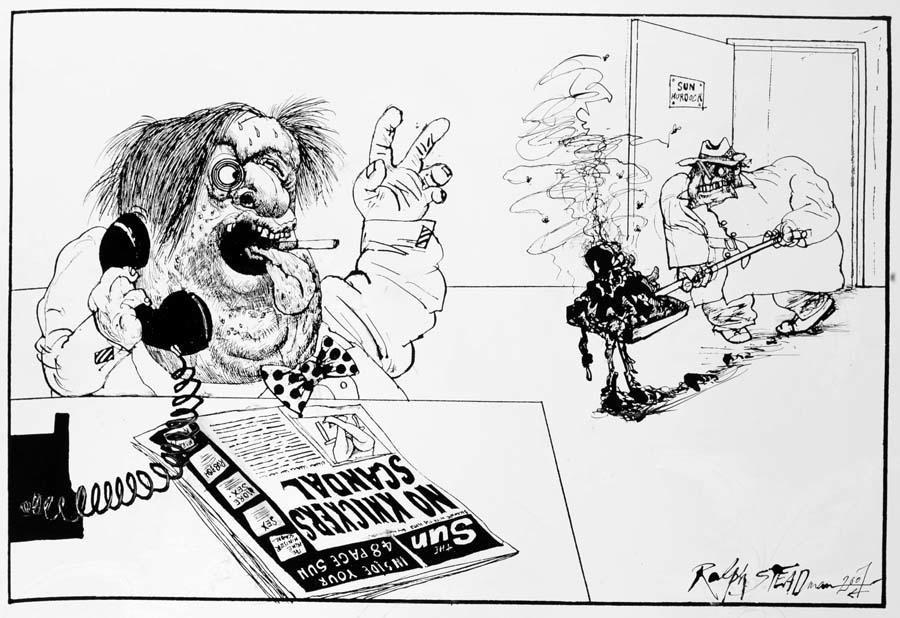 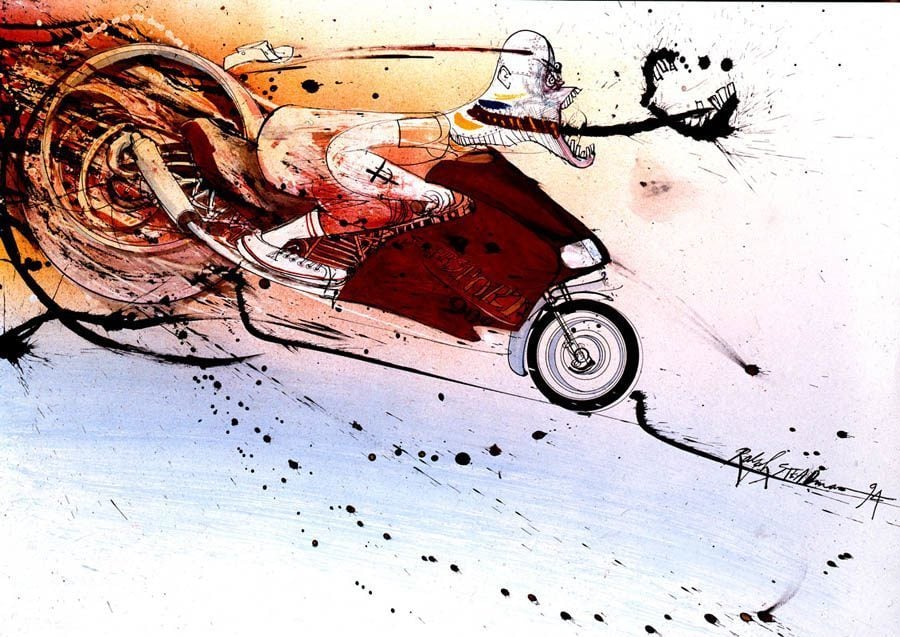 So what did Thompson, who died in 2005, think of Steadman upon meeting him? “All I knew about him was that this was his first visit to the United States. And the more I pondered the fact, the more it gave me fear. How would he bear up under the heinous culture shock of being lifted out of London and plunged into the drunken mob scene at the Kentucky Derby? There was no way of knowing.” 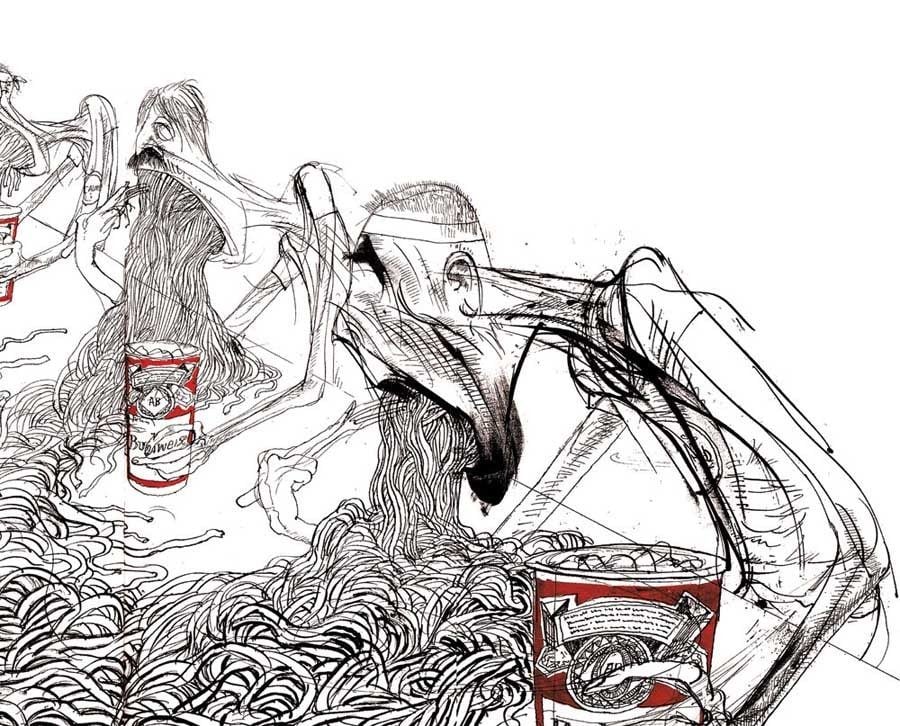 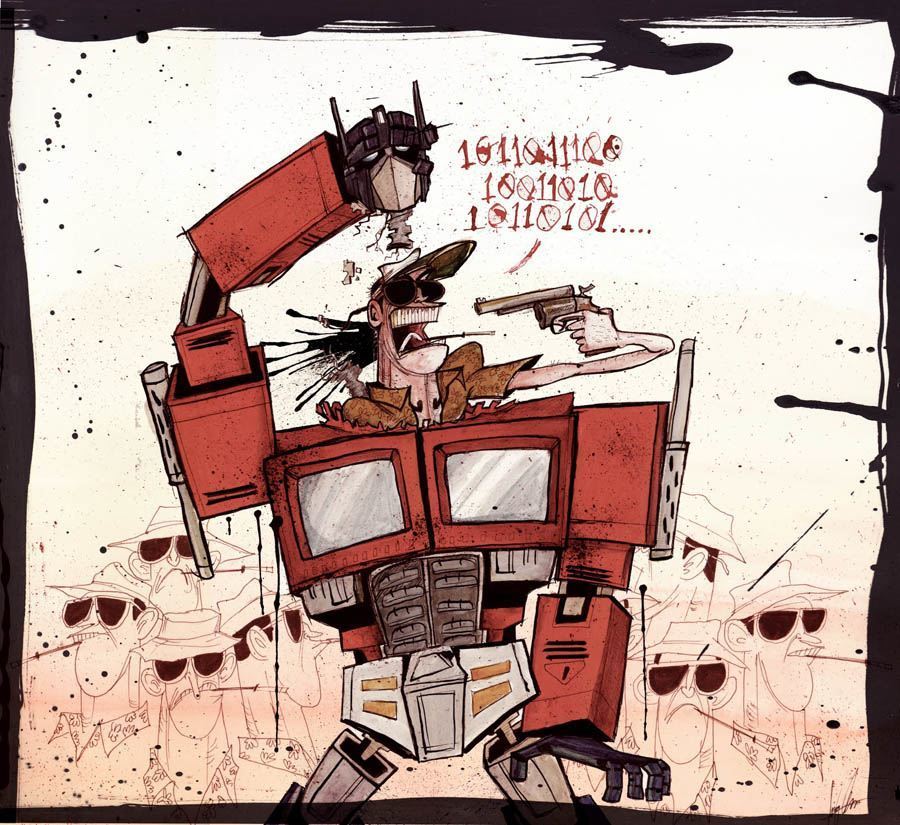 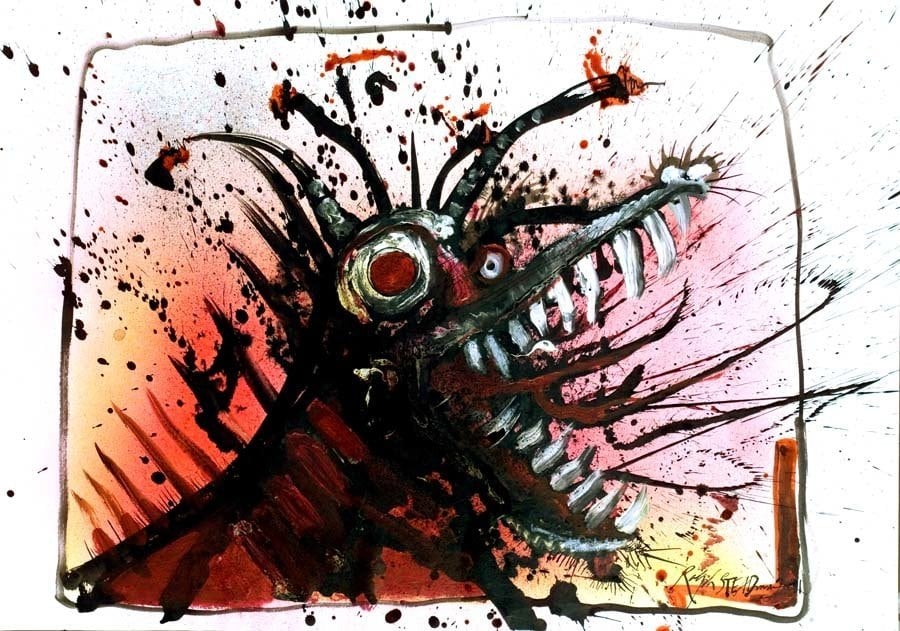 Ralph Steadman’s art has been featured on beer bottles for the Flying Dog brewing company, including this image for their Kujo Imperial Coffee Stout. 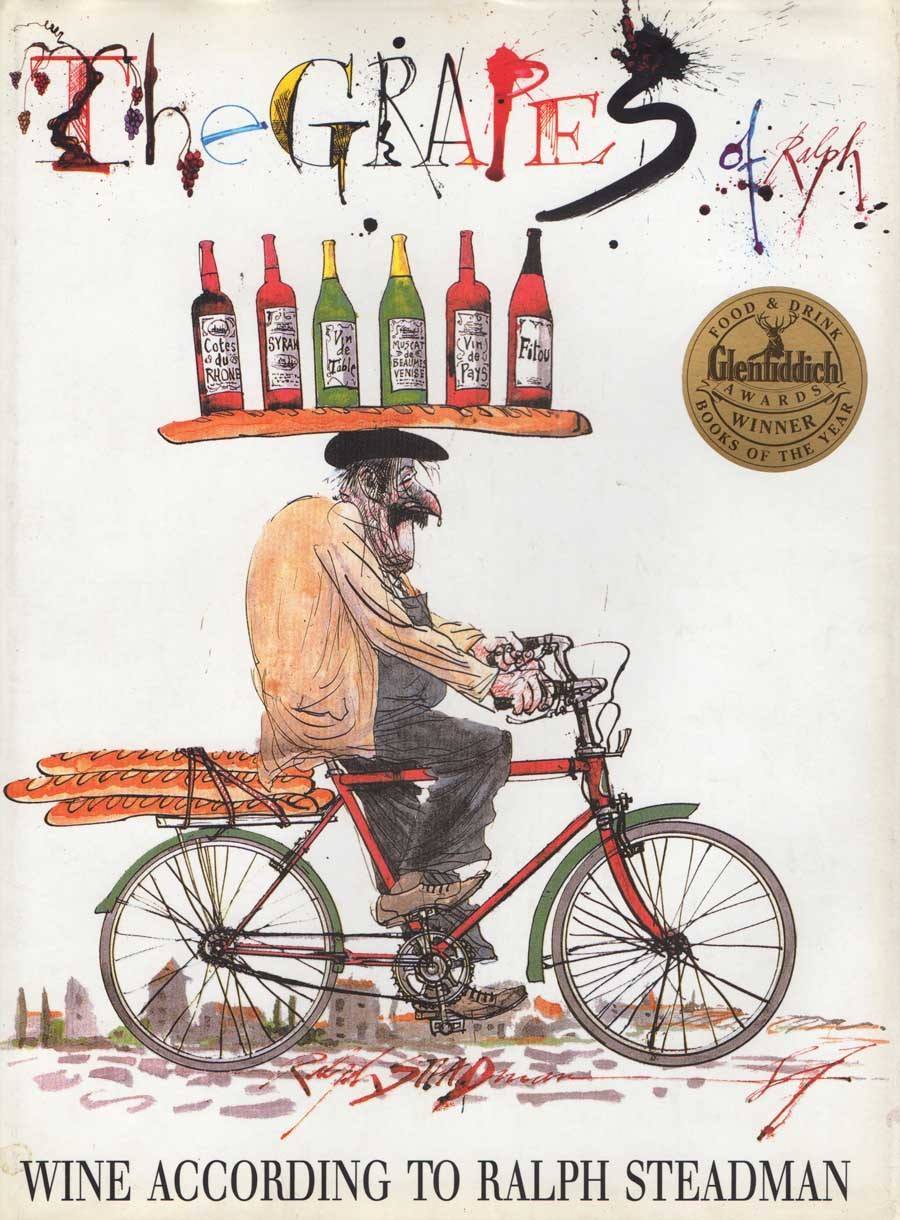 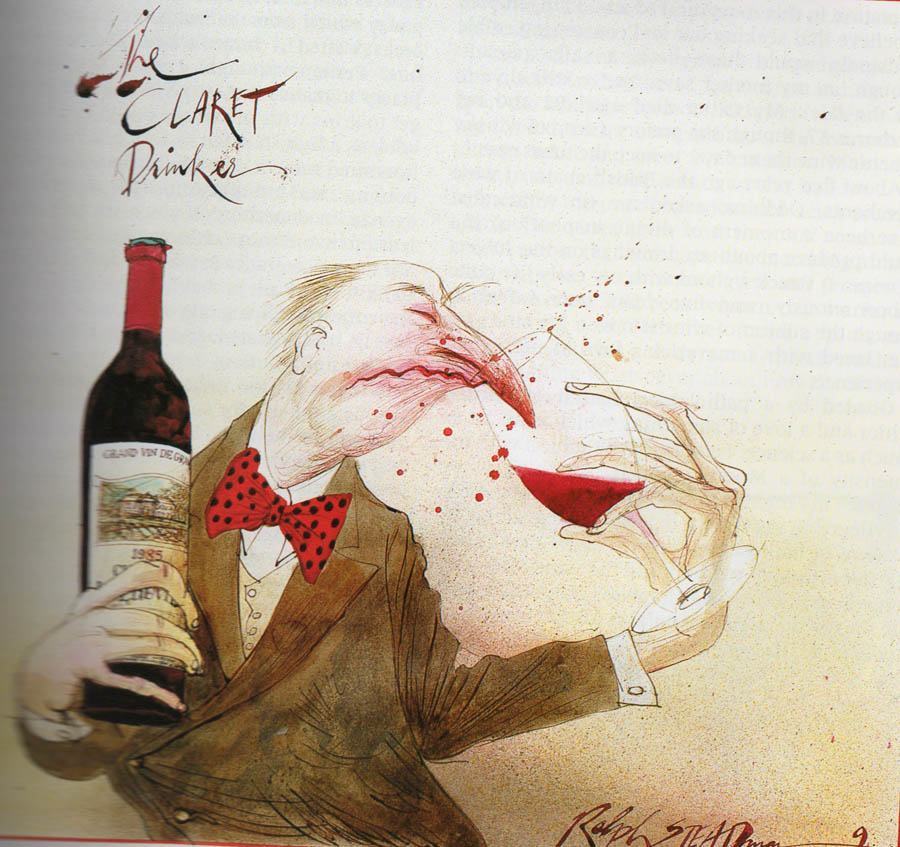 This book compiled his views on wines from all over the world, as well as a collection of original drawings – always holding true to the Steadman style. 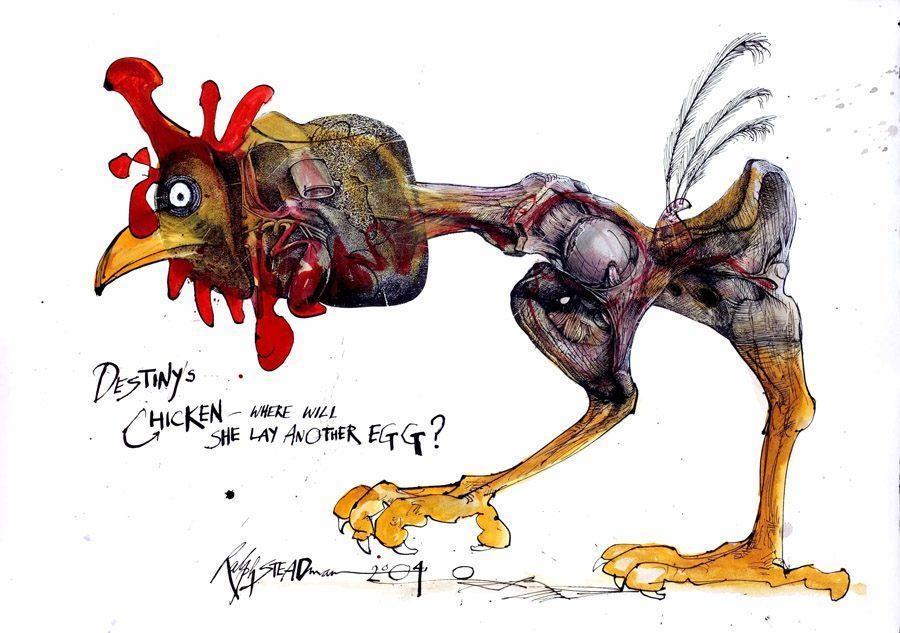 A major documentary about Steadman’s career titled For No Good Reason was released in 2014. The long and illustrious career of the man who will forever be connected with Hunter S. Thompson shows no signs of slowing down.

For more surreal art, check out these iconic surrealist paintings.