The FBI’s COINTELPRO: The Most Extreme Trolling In History 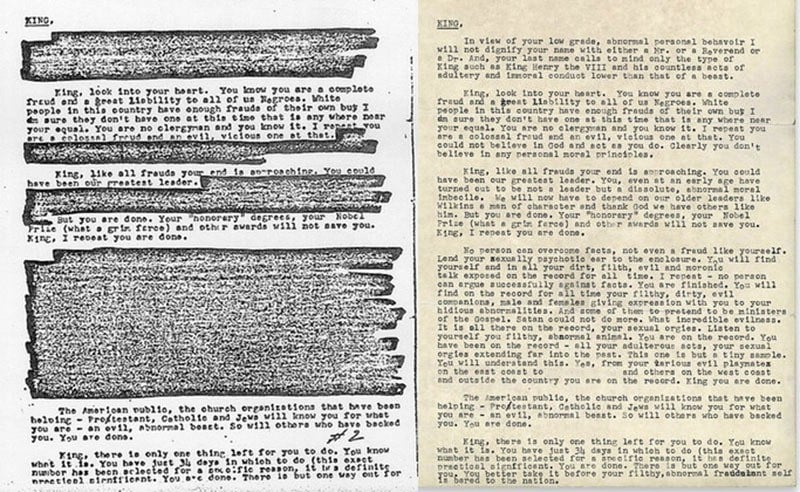 Long before the immediate anonymity of the internet, however, sending someone something hateful without identifying yourself as the sender was virtually impossible. Who better to craft the ultimate hate mail campaigns of yesteryear than the most secretive group of people in the states, the FBI?

Last fall, a letter sent to Martin Luther King Jr. made the rounds on the internet. Typed on a single sheet of yellowed paper with clunky prose and typos galore, one could almost draw parallels to the modern-day internet trolls who blast their hatred into your inbox. The letter itself, replete with blatant defamation, reads like the comments section of a website:

In view of your low-grade personal behavior could just as well become “you’re basic” and the final paragraph isn’t even a thinly veiled sentiment of “you should kill yourself” — in fact, they really couldn’t have been any more blunt. How is it that a federal agency like the FBI could be pardoned for sending such a sickening letter to one of the most–at least presently–beloved leaders in modern history?

It’s actually pretty simple: the boss, J. Edgar Hoover, didn’t like MLK. At all. In fact, he was pretty vocal about the fact that he thought MLK should die. He is quoted as having called MLK “the most dangerous negro of the future of this nation.” The Counterintelligence Program (COINTELPRO) at the FBI was basically Hoover’s personal troll squad from the years of 1957 to 1971, and really only came to a close after a group of vigilantes broke into a Pennsylvania field office, stole some dossiers and revealed their contents to the public.

COINTELPRO’s initial public purpose was simple: expose, disrupt, misdirect, or otherwise neutralize groups that the FBI believed to be subversive. Field agents working for COINTELPRO were essentially tasked with stirring up trouble among these groups in order to encourage them to disband, or, in the case of individuals, soil their image. It was, in many ways, an exercise in psychological torture: the aim was to make groups, or individuals, so miserable that they would either stop protesting, disband their groups, be assassinated or murdered or, take their own lives. 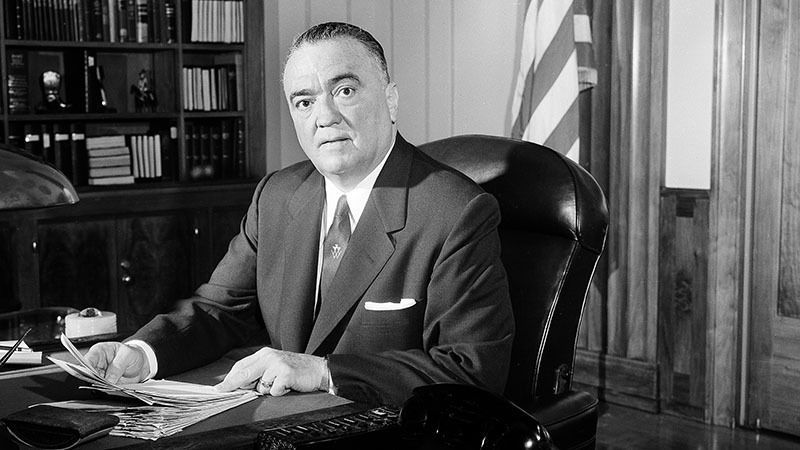 The group worked closely alongside several presidents, carrying out their dirty work when it came to gathering intelligence. Basically, from the late ‘50s to the early ‘70s, if the president wanted someone wiretapped or surveilled, he went to the guys in COINTELPRO.

During the Vietnam War, COINTELPRO’s efforts were mainly focused on disbanding groups in protest of the war. While many groups were committed to peaceful protest, COINTELPRO’s covert involvement often encouraged violence in the hopes that key members and leaders of the opposing groups would be injured or killed. Or, at the very least, that they’d stop protesting. Some think this strategy–creating violent rifts among activist circles–is what led to Malcolm X’s 1965 assassination by members of the Nation of Islam.

COINTELPRO agents tended to carry out their work undercover. Often they would infiltrate the very groups they sought to discredit in order to gain information and find weak spots which could be used to basically start a smear campaign.

Other agents worked outside the groups planting fake news stories, sending letters, making creepy phone calls and generally abusing their government employee privileges to bend the law in their favor. And if bending the law didn’t work, they weren’t opposed to breaking it. COINTELPRO agents frequently used force to illegally break into homes and weren’t above using physical and psychological torture to get the information they wanted.

While COINTELPRO was technically closed in April of 1971 after the American public learned about all the hardcore trolling they were doing, the FBI has stated several times in subsequent decades that COINTELPRO investigations do continue to occur on a “case-by-case” basis. NSA, anyone?

In Beverly Gage’s piece in the New York Times, she mentions that current sitting director of the FBI, James Comey, keeps a copy of the King wiretap on his desk to remind him of the bureau’s ability to abuse its own power. It’s a nice gesture, but one does wonder if he started using it as a paper weight before or after he denounced Edward Snowden.