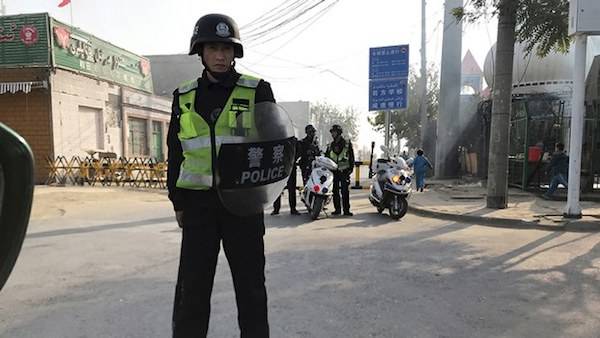 Accounts of Muslim minorities being detained at “re-education camps” in Xinjiang, China have been slowly trickling into the media for nearly a year.

On May 15, 2018, Adrian Zenz published a report with corroborating accounts including the government’s own sources, showing that officials have created large-scale re-education camps, in which several hundred thousand to over a million Muslims have been detained and subjected to torture, brainwashing, and humiliation.

Zenz of the European School of Culture and Theology in Korntal, Germany, is a leading authority on the crackdown in Xinjiang.

People being detained at the camps are primarily Uyghurs (the predominant ethnic group in the region), Kazakhs, and Kyrgz.

After being arrested and interrogated, people who are dispatched to the camps are forced to study communist propaganda for hours and give thanks to the president by chanting “Long live Xi Jinping.” They also reportedly had to learn the national anthem and sing communist songs. 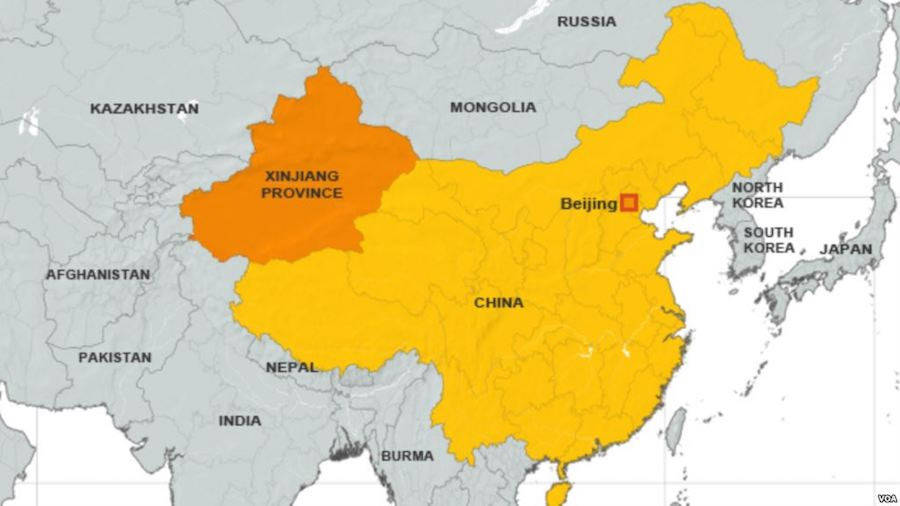 VoanewsA map of China and the region.

Some inmates have been forced to eat pork which is forbidden in Islam, and “religious extremists” are forced to drink alcohol.

If inmates don’t follow the rules, they are placed in handcuffs for hours. They are also subjected to waterboarding or strapped to a metal contraption called “tiger chair” for long periods of time.

It’s been reported that some inmates have even committed suicide.

In 2014 the Chinese Communist Party announced a “people’s war on terror.” But in Xinjiang, that proclamation has increasingly turned to a war on religion and ethnic, cultural identity.

The Chinese Government has officially declined these camps exist. The only statement to date issued by a public official was in reference to a CNN report on the camps, in which Zhang Wei, China’s Consul General in Kazakhstan, said “We do not have such an idea in China.”

But Zenz obtained information from 73 official government procurement and construction bids valued at around $108 million that point to the establishment of camps across the region.

In many of the procurement bid documents, officials ordered security features that would turn sites into prisonlike compounds. Such features include: barbed wire, reinforced security doors, surveillance systems, watchtowers, guard rooms for police, and fences.

Nearly all the bids are dated to March 2017. This correlates with a government “de-extremification” through education campaign launched the same month, as well as when the the onset of widespread detentions began. One of the first reports came from Omir Bekali, an ethnic Kazakh.

Bekali, who was working for a tourism company in Xinjiang’s capital, was arrested by police in March 2017 while visiting his parents in the village of Shanshan. He was interrogated for four days, during which he wasn’t allowed to sleep. Then he was held in a police cell for seven months before being sent to a camp for 20 days.

Kayrat Samarkand is a Muslim who, after visiting Kazakhstan, went through a similar process as Bekali.

Samarkand said there were 5,700 people detained at the camp he was sent to. About 200 were expected of being “religious extremists,” but others had traveled there for work or school, or simply seen worshipping at a mosque. Radio Free Asia reported business executives, 80-year olds, and breastfeeding mothers were among the detainees.

Bekali expressed the same thoughts, saying he met teachers, doctors, and lawyers in the camps.

According to accounts from previous inmates, some named and some anonymous, the length of time inmates have spent at the camps range from 20 days to four months, to seven years.

RFA quoted a Chinese official as saying in defense of the camps, “You can’t uproot all the weeds hidden among the crops in the field one by one — you need to spray chemicals to kill them all… Reeducating these people is like spraying chemicals on the crops. That is why it is a general re-education, not limited to a few people.”

The population of the Xinjiang region of China is around 21 million people, with 11 million identifying as Muslim.

Next read about life inside Japanese internment camps . Then read about the Boer War Genocide.