The group cited the War on Drugs, police brutality, and mass incarceration as examples of how the U.S. continues to inflict "racial terror" on African-Americans. 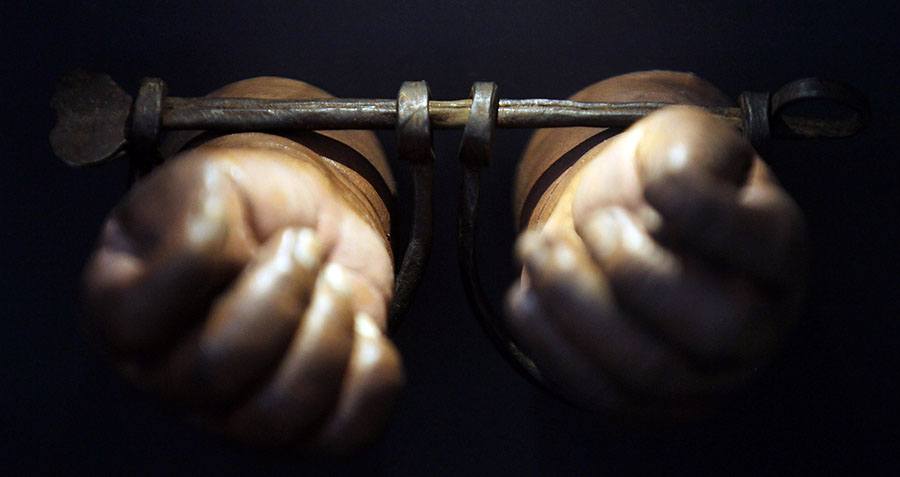 A United Nations-affiliated group has stated that the United States owes African-Americans reparations for centuries of “racial terrorism.”

On Monday, the United Nations’ Working Group of Experts on People of African Descent presented a report to the U.N. Human Rights Council wherein it made the case for reparations, specifically by highlighting the link between present injustices and the historical treatments of African-Americans in the United States:

“In particular, the legacy of colonial history, enslavement, racial subordination and segregation, racial terrorism and racial inequality in the United States remains a serious challenge, as there has been no real commitment to reparations and to truth and reconciliation for people of African descent. Contemporary police killings and the trauma that they create are reminiscent of the past racial terror of lynching.”

The report, which is based on a fact-finding mission carried out in January and is non-binding, added that police killings of unarmed African-American men is a form of “state violence,” and that since those killings have gone largely unpunished, has created a “human rights crisis” that “must be addressed as a matter of urgency.”

It also cited the “War on Drugs” as a program meant to control African-American populations, this time not through slavery but through mass incarceration.

“The coasts of mass incarceration practices must be measured in human lives,” the report said. “Particularly the generations of young black men and women who serve long prison sentences and are lost to their families and to society at large.”

To make good on this history of racial violence and its forms today, the group recommended that the U.S. offer reparations to African-Americans, which could include anything from “a formal apology, health initiatives, educational opportunities … psychological rehabilitation, technology transfer and financial support, and debt cancellation.”

The U.N. group is not the first to make the case for reparations. In 2014, journalist Ta-Nehisi Coates famously advocated for reparations, saying that even after the end of slavery blacks lived under a “kleptocracy,” where U.S. laws — particularly those of Jim Crow — robbed African-Americans of the ability to vote and accumulate wealth.

If the United States were to heed Coates’ and the U.N. group’s call — which it shows no signs of doing — this wouldn’t be the first time the U.S. offered reparations to groups injured by the state.

In response to the internment of Japanese-Americans during World War II, President Ronald Reagan signed the Civil Liberties Act into law in 1988, which offered a formal apology to those interned and authorized the payment of $20,000 to each camp survivor. The total payout came to over $1.6 billion for the 82,219 Japanese-Americans interned and their heirs.

Still, reparations for African-Americans remains a contentious issue, for a number of reasons.

On a purely legal level, those against reparations cite the fact that the statute of limitations has passed; that slavery was not illegal before 1865 and thus slave descendants cannot seek compensation for the “crime” of slavery, and that the U.S. inherited the institution of slavery, it did not enact it and thus ascertaining how to issue reparations for African-Americans enslaved under U.S. laws is an exercise in impossibility.

Beyond legal issues, others say that reparations are a political impossibility. As New York Daily News columnist Shaun King reported, “not a single presidential candidate, or any nationally known politician currently advocates reparations for African-Americans.”

Indeed, in 2008, Barack Obama came out against reparations in a financial form, saying that “the best reparations we can provide are good schools in the inner city and jobs for people who are unemployed.”

So I think what we should be talking about is making massive investments in rebuilding our cities, in creating millions of decent paying jobs, in making public colleges and universities tuition-free, basically targeting our federal resources to the areas where it is needed the most and where it is needed the most is in impoverished communities, often African American and Latino.”

In spite of reparations’ seeming political and legal intractability, the U.N. group says the facts speak for themselves — and that action is necessary.

“Despite substantial changes since the end of the enforcement of Jim Crow and the fight for civil rights,” the report writes, “a systemic ideology of racism and ensuring the domination of one group over another continues to impact negatively on the civil, political, economic, social and cultural rights of African-Americans today.”

To see more of what Jim Crow-era life looked like, check out these photos of segregated America.