14 Famous People You Had No Idea Were Avowed Drug Advocates

From historical figures to modern-day celebrities, these famous people have openly admitted to drug use and/or advocated for legalization. 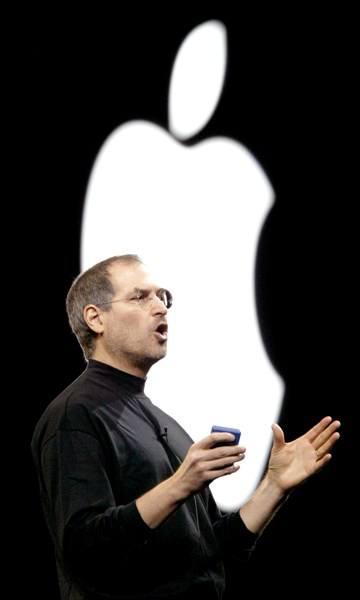 Visionary Apple founder Steve Jobs credited his use of LSD with expanding his view of the world.

"I can say it was a positive, life-changing experience for me and I am glad I went through that experience," he said.

Jobs also revealed that he indulged in pot brownies and smoked with his friends in the 1970s, stating that marijuana helped him relax and access his creativity. Justin Sullivan/Getty Images 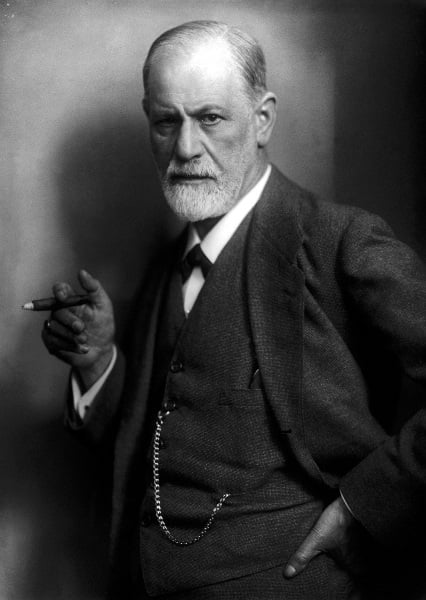 Sigmund Freud was a major proponent of cocaine.

In Freud's time, more than 100 years ago, cocaine was not the reviled drug that it is now — it wasn't even illegal. Back then, pharmaceutical companies applauded cocaine as a cure for depression, fatigue, even tuberculosis. And Freud was one of its biggest advocates in the medical community.

Freud was addicted to the drug himself, using it to soothe his anxiety. He even used to experiment with the drug on many of his patients.Wikimedia Commons 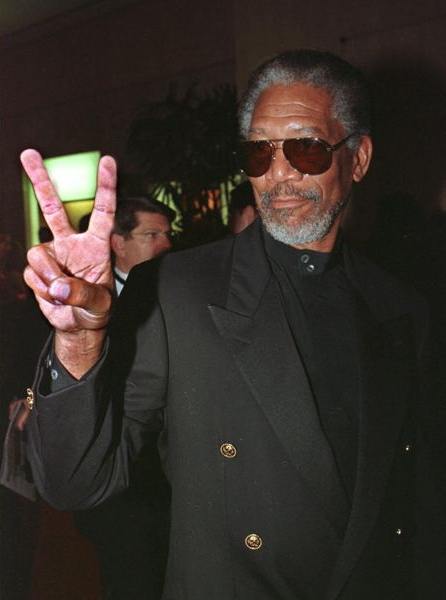 Actor Morgan Freeman has been using marijuana since a 1997 car accident that crushed his left arm.

“I have fibromyalgia pain in this arm, and the only thing that offers any relief is marijuana. They’re talking about kids who have grand mal seizures, and they’ve discovered that marijuana eases that down to where these children can have a life. That right there, to me, says, ‘Legalize it across the board!’" he told the Daily Beast last year. Vince Bucci/AFP/Getty Images 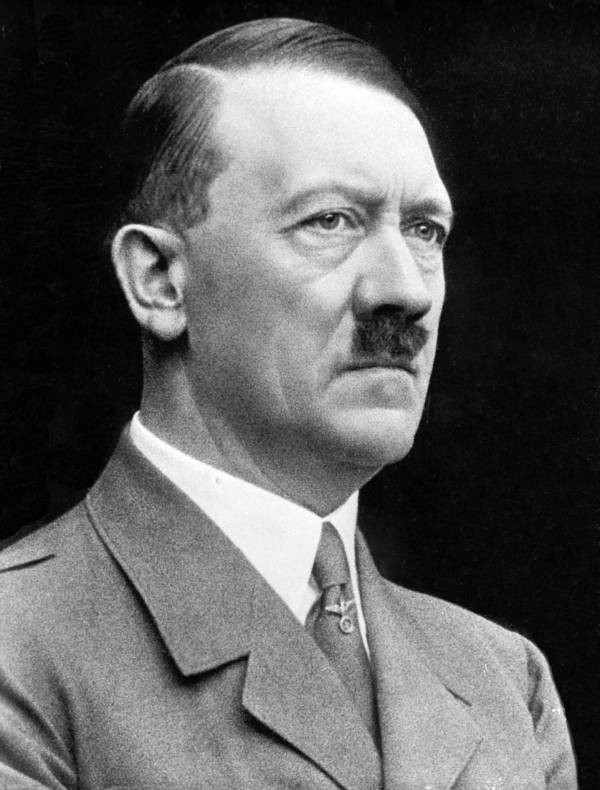 Adolf Hitler not only used a host of dangerous and bizarre drugs to keep up with his busy schedule, he presided over a German military that encouraged its soldiers to do the same.

An explosive British documentary released in 2014 used a secret American military dossier to uncover information about Hitler's use of 74 different drugs, including crystal meth, morphine, and bull semen (to boost virility).

Likewise, the German military command under Hitler provided its soldiers with methamphetamine in order to keep them awake and active on the battlefield.Wikimedia Commons 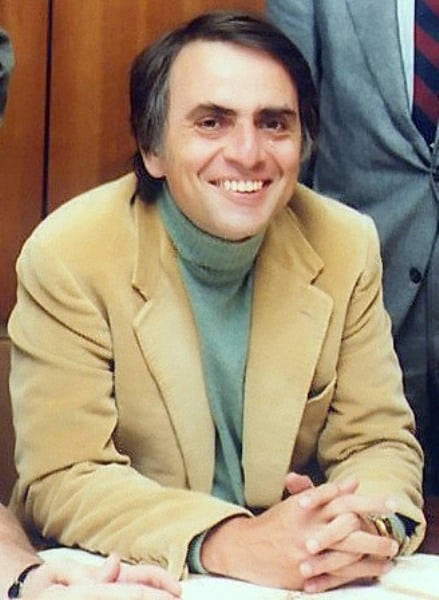 Legendary physicist and television personality Carl Sagan advocated for the benefits of smoking weed in the 1960s.

In fact, he wrote an entire essay on the subject, under the pseudonym Mr. X. Sagan and claimed that experimenting with weed helped him appreciate art, and improved experiences like eating and having sex. Wikimedia Commons 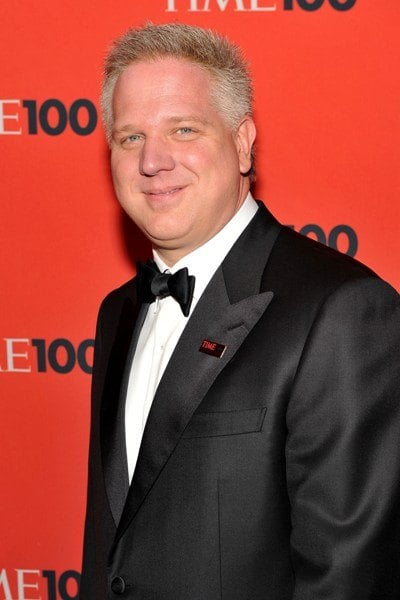 Controversial political pundit Glenn Beck shocked his audience when he advocated for legalizing marijuana in 2009.

While he didn't go so far as to say that people should be openly smoking, he speculated that the criminalization of marijuana has helped Mexican drug cartels flourish. Theo Wargo/Getty Images for Time Inc 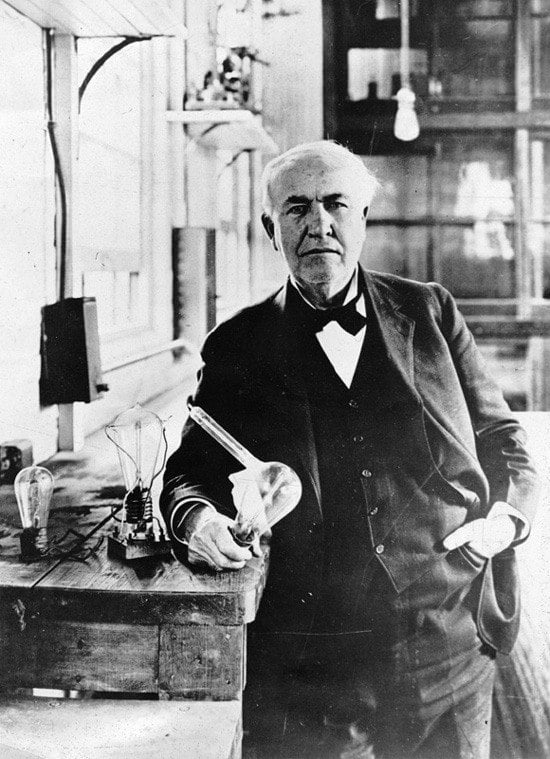 The inventor frequently drank Vin Mariani, a French concoction of red wine and cocaine that acted as a stimulant, and indeed helped Edison stay awake longer, a benefit he often extolled.

And Edison was by no means alone, with many kings, queens, emperors, and popes of the late 19th century also partaking. 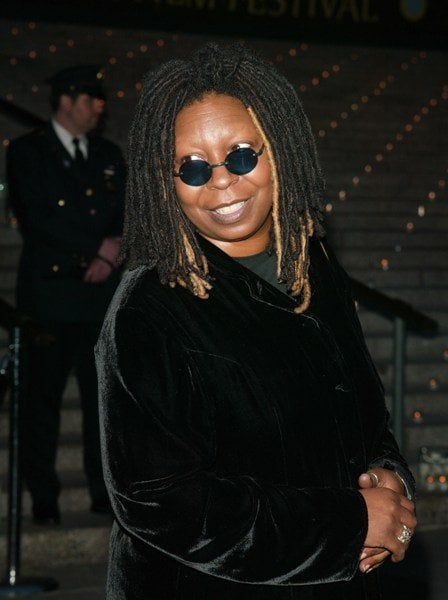 Actress Whoopi Goldberg appreciates marijuana so much that she started her own line of medical cannabis products specifically aimed at relieving menstrual pain.

In the past, Goldberg has been open about how pot helped her cope with pain associated with glaucoma, and now she's taking things to the next level with her own products. Evan Agostini/Getty Images 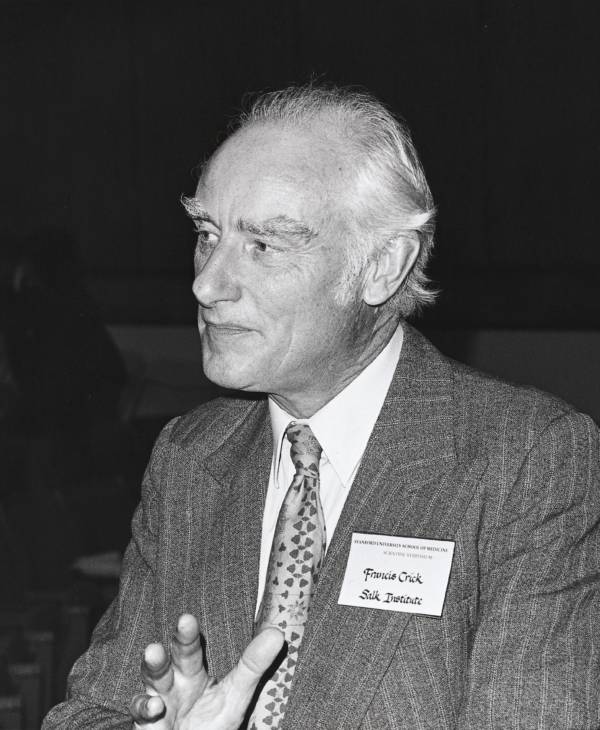 Legendary scientist and co-discoverer of DNA Francis Crick apparently used LSD as an aid in his groundbreaking research.

According to friends and colleagues, Crick used LSD as a "thinking tool" and “perceived the double-helix shape while on LSD.”

Moreover, Crick was open about his use and helped encourage fellow Cambridge academics to join him.Wikimedia Commons 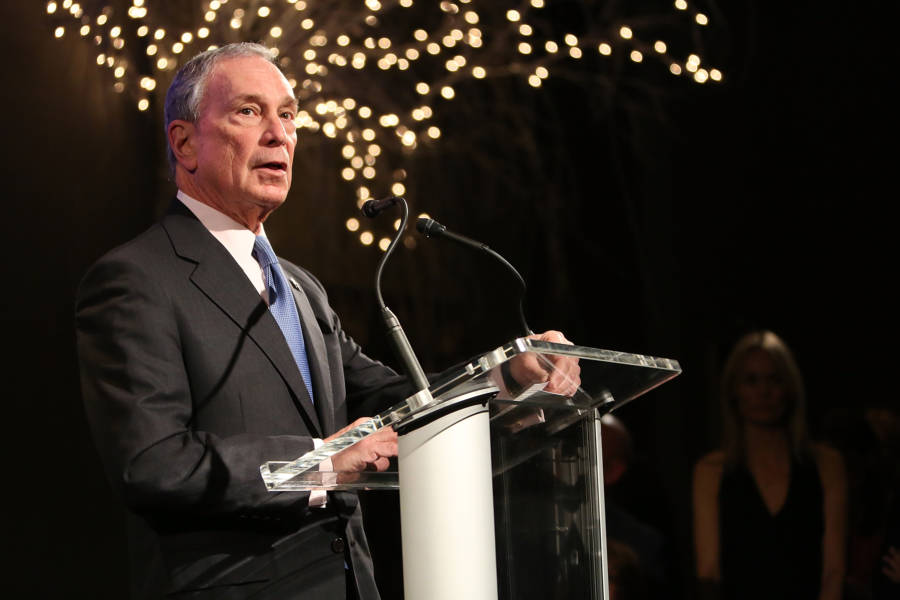 The former New York City mayor and billionaire CEO was very open about his marijuana use and advocacy -- before being elected to the Big Apple's big chair.

In a now-famous 2001 interview with New York Magazine, Bloomberg was asked whether he'd smoked marijuana, answering, "You bet I did. And I enjoyed it.”

What's more, he then lent his face and voice to a $500,000 ad campaign for the National Organization for the Reform of Marijuana Laws Foundation, plastered across New York City.

However, once he entered the mayoral race, Bloomberg quickly distanced himself from his words and the ads.Monica Schipper/Getty Images 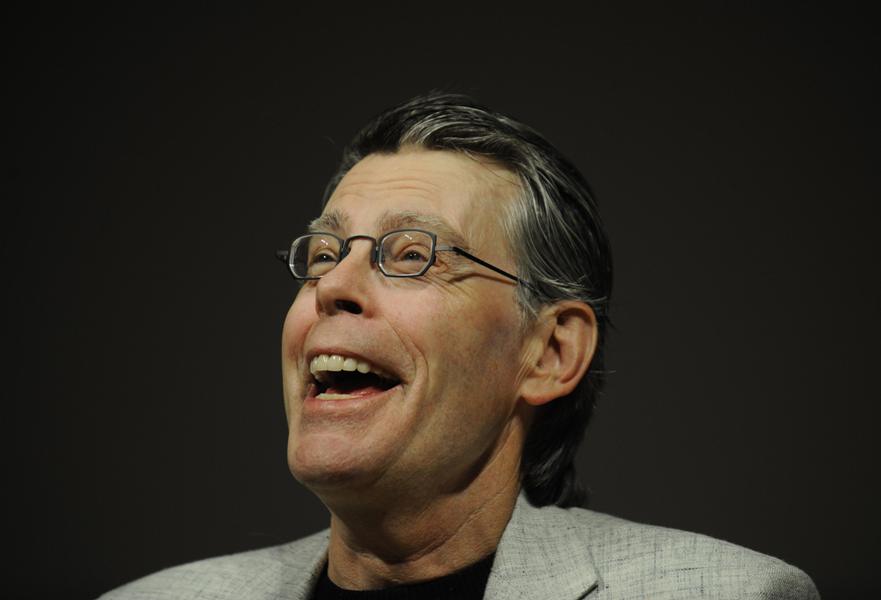 One of the most prolific and commercially successful authors on the planet, Stephen King openly admits he enjoys smoking weed, and thinks that other people should be able to do the same.

"I think that marijuana should not only be legal, I think it should be a cottage industry," he told the marijuana-centric magazine High Times in the 1980s. Emmanuel Dunand/AFP/Getty Images 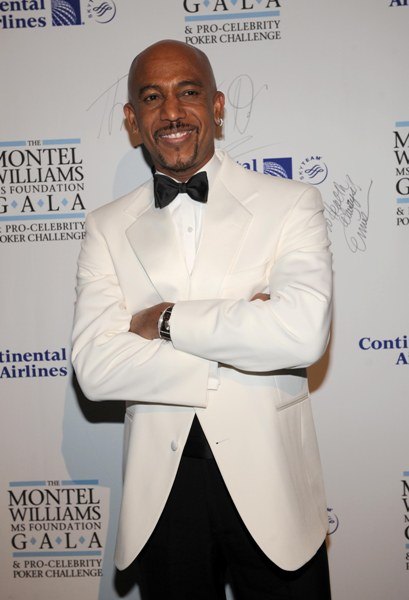 Television host Montel Williams has been using medical marijuana since he was diagnosed with multiple sclerosis in 1999.

"Medical marijuana has allowed me to live a productive, fruitful life despite having multiple sclerosis," he wrote in a 2007 letter to Connecticut's governor, urging him to sign a bill that would legalize marijuana in the state. "Many thousands of others all over this country —less well-known than me but whose stories are just as real— have experienced the same thing."

In 2016, Williams even launched his own medical cannabis company, LenitivLabs.Brad Barket/Getty Images 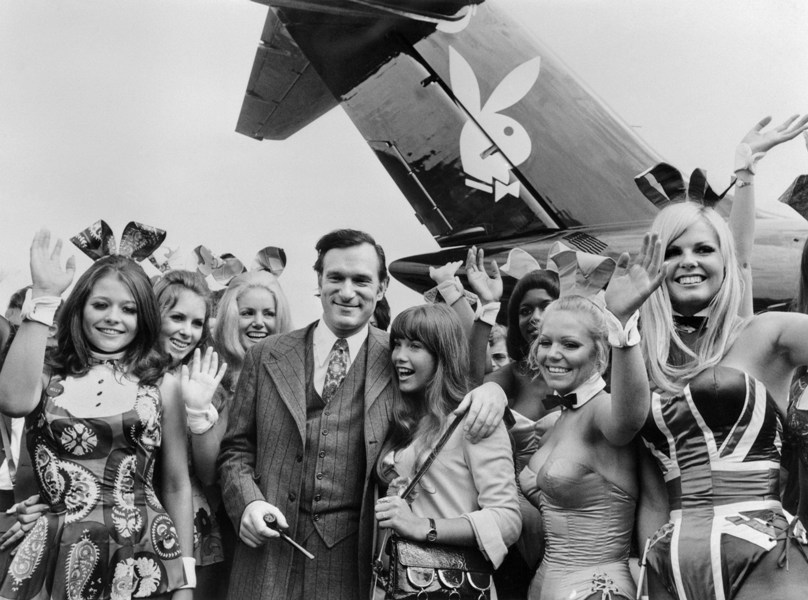 “I don’t think there’s any question that marijuana should be legalized because to not legalize it, we’re paying the same price we paid for prohibition,” he told Fox News.

In fact, he's enjoyed smoking pot for a while now. In a 1980 interview he said, "Smoking helped put me in touch with the realm of the senses."Stringer/AFP/Getty Images 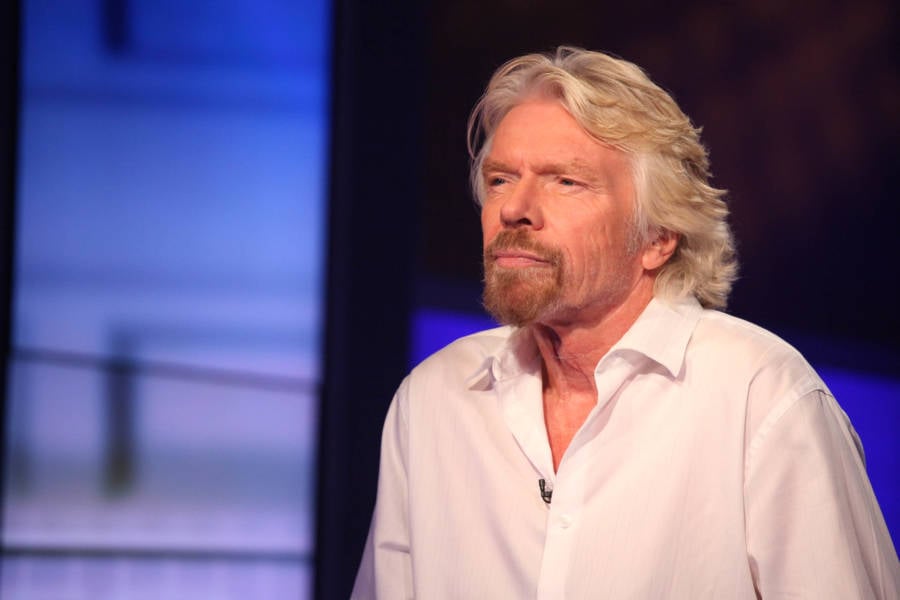 While it may not be surprising, let alone newsworthy, that Richard Branson has admitted to smoking marijuana (as well as doing cocaine and ecstasy), it certainly is significant when the billionaire Virgin CEO openly calls for marijuana legalization and even suggests that he might invest in the industry himself.Rob Kim/Getty Images

The very notion of a "stoner" usually conjures up the image of a lazy, unemployed teenager sitting on the couch in their parents' basement -- or much, much worse. However, there are scores of successful artists, thinkers, captains of industry, heads of state, entertainers, and innovators who put an altogether different face on the image of a drugs advocate.

Setting the obvious examples aside -- no Willie Nelsons or Snoop Lions here -- you may not have realized that the 14 well-known public and historical figures above are on-the-record proponents of drug use and/or legalization, with some even stepping into the drugs business themselves.

Next, read about why the war on drugs was a failure. Then, find out how much money the marijuana business actually makes. Finally, discover all the horrifying facts and stories associated with the drug known as flakka.