Aspiring screenwriter Rey Rivera was just 32 years old when he disappeared on May 16, 2006. About a week later, he was found dead under strange circumstances at Baltimore's historic Belvedere Hotel — and the mystery remains unsolved to this day.

When Rey Rivera’s death first made headlines in 2006, it originally seemed like a suicide. About a week after the 32-year-old aspiring screenwriter vanished, his body was found inside an abandoned conference room at Baltimore’s historic Belvedere Hotel. Having plunged through the roof of the room, his corpse had been lying there for days.

Authorities concluded that Rivera had jumped off the top of the 14-story building and crashed straight through a lower roof of the empty meeting room, landing on the floor. 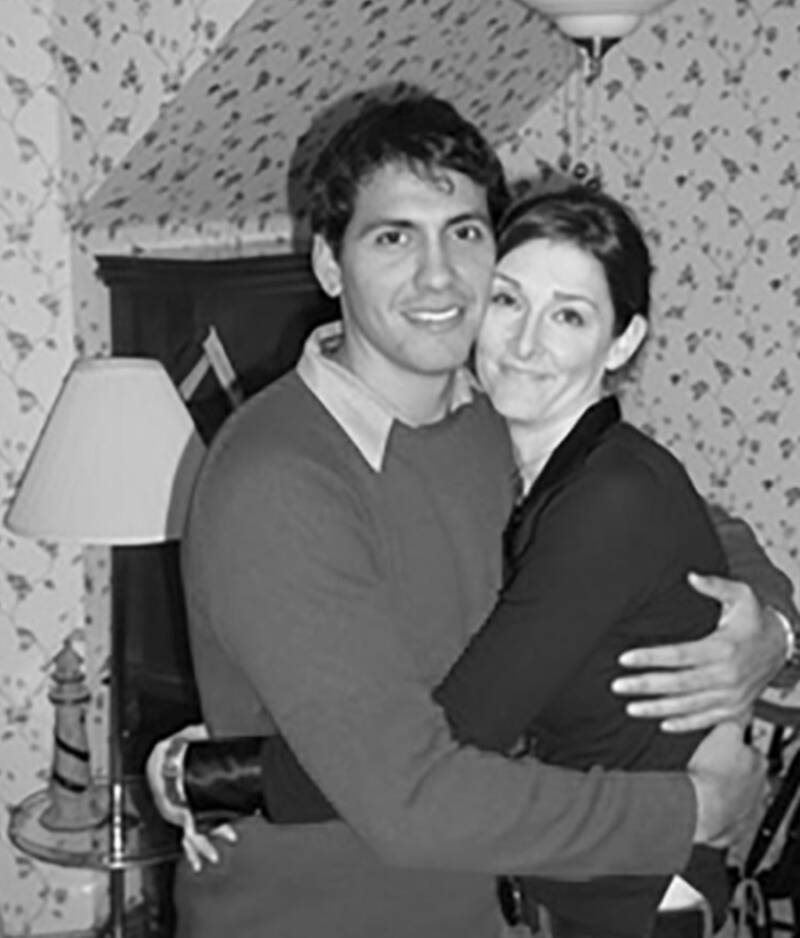 Mikita Brottman/An Unexplained DeathRey Rivera and his wife Allison before he went missing in 2006. His body was found at the Belvedere Hotel.

But did Rey Rivera really take his own life? His family members and loved ones think otherwise. And they’re not the only ones.

“What could make a stable, gregarious, newly married man who had just made plans for the weekend suddenly jump off a building?” author Mikita Brottman questioned in her 2018 book An Unexplained Death: The True Story of a Body at the Belvedere.

More than a decade after the incident, nobody has found the answer yet. But this year, Rey Rivera’s death will once again be brought into the spotlight thanks to the 2020 reboot of the Unsolved Mysteries series on Netflix.

Who Was Rey Rivera? 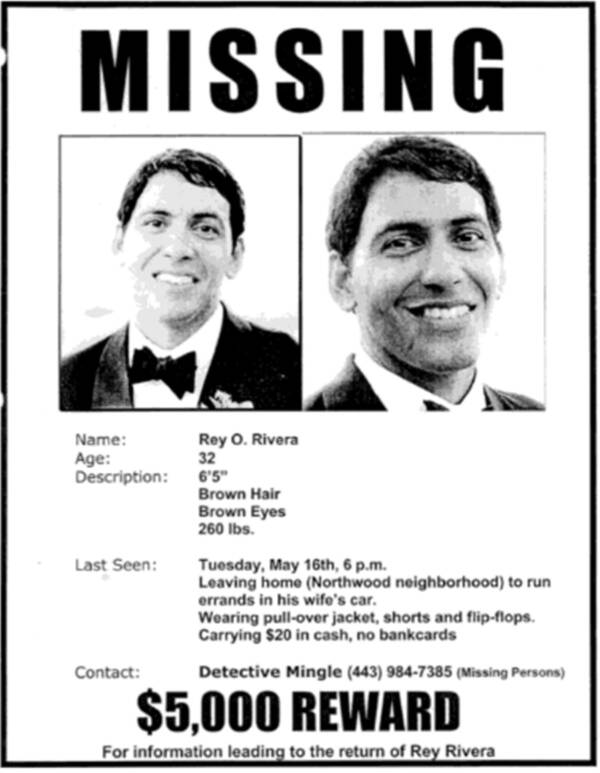 Rey Rivera was a 32-year-old writer and videographer based in Baltimore, Maryland. He lived a comfortable life with his longtime partner and newly-wedded wife, Allison. The couple had moved to the city from Los Angeles and had lived in Baltimore for a little over two years.

Rivera had a job as the financial newsletter editor of The Rebound Report. The newsletter was started by his longtime friend Porter Stansberry and was produced under the publishing wing of Agora, an umbrella corporation for companies based in the Mount Vernon neighborhood.

In addition to his writing job, Rivera was also an assistant coach for the men’s water polo team at Johns Hopkins University.

According to Rivera’s wife Allison, the two were planning to move back to Los Angeles, where Rivera could pursue his dreams of screenwriting.

Many sources later confirmed that Rivera was unhappy with the job he held shortly before he died, especially since the stocks he wrote about often didn’t rebound as he’d hoped.

Rivera was also described as the kind of person who wouldn’t take off without telling his wife and loved ones — but he did. 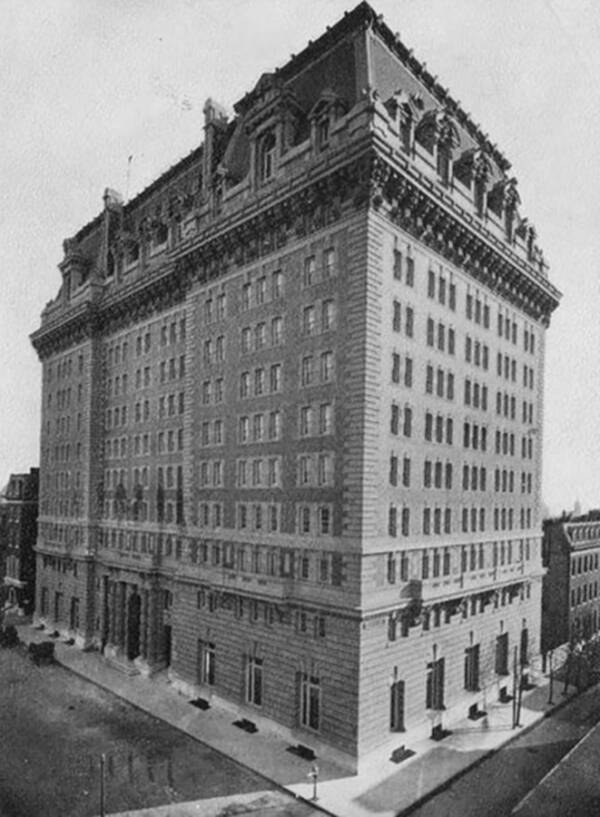 Mikita Brottman/An Unexplained DeathBuilt in the early 20th century, the Belvedere has a long history of questionable deaths and suicides.

Rey Rivera was last seen leaving his home in the middle-class neighborhood of Northwood on May 16, 2006. The last person known to see him alive was Claudia, his wife’s work colleague who was staying over as a houseguest. Allison, meanwhile, was out of town on a business trip in Richmond, Virginia.

According to Claudia’s account, as Brottman laid out in her book, Rivera seemed preoccupied with an assignment. At about 4 p.m., Claudia heard Rivera answer a call on his cellphone and reply, “oh sh—,” and run out the back door as if he was late for an appointment.

He left driving his wife’s car only to come back briefly and run out again, leaving the lights and the computer on in his office.

“That is what is so crazy about this: We’re planning on moving and starting a new life. He had a future; why would he decide just then to kill himself?”

Allison tried to reach her husband on his cellphone that day but couldn’t get ahold of him. She finally called Claudia at 10 p.m. to ask about her husband, but Claudia said she hadn’t seen him since he had left earlier that evening. At that point, Bottman wrote, Allison assumed her husband was just out drinking. It wasn’t until the next day that she began to worry.

After spending the whole day calling friends and family looking for Rivera, his wife filed a missing persons report at about 3 p.m. on May 17.

Then, on May 23, Allison’s car was discovered at a parking lot in Mount Vernon. The next day, Rivera’s body was found.

Rey Rivera’s Death At The Belvedere 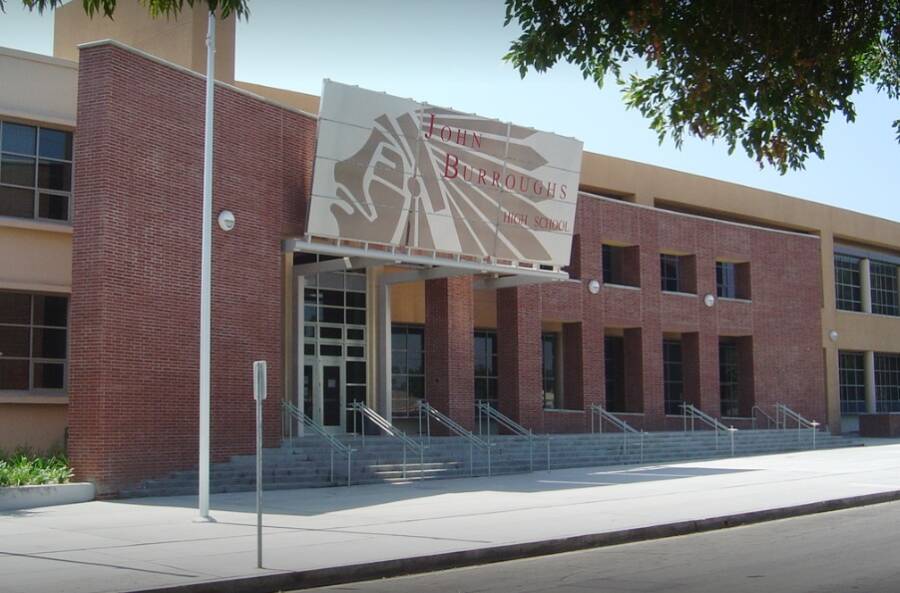 The body of Rey Rivera, who had been missing for just a little over a week, was found in an abandoned meeting room in the Belvedere Hotel. His body was badly decomposed, indicating that he had been deceased for quite some time. A hole in the room’s roof suggested he had leapt off the top of the Belvedere — 14 floors up.

The Belvedere Hotel was built in the early 1900s and had a macabre history of unfortunate incidents on its grounds, including a number of suicides. In more recent years, it’s been largely converted into a condo building.

News of Rey Rivera’s death reached Burbank, California, where he had worked as an aquatics coach at a local high school. 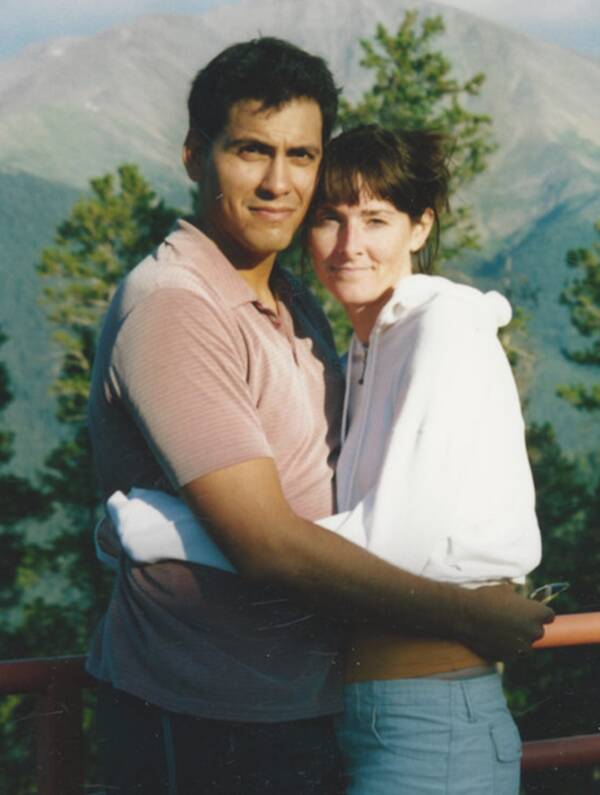 NetflixHis wife Allison (right) said the newlyweds had planned to start anew back in Los Angeles.

“I remember the players would sprint to the side of the pool during timeouts just to listen to what Rey had to say,” recalled George Akopyan, who was the assistant coach under Rivera for two seasons. “The kids really responded to him because they knew he knew what he was talking about.”

Authorities firmly believed Rey Rivera had jumped from the 14th floor of the hotel. However, the coroner’s autopsy stated his cause of death was “undetermined.” Meanwhile, his wife and family suspected foul play.

“Not my brother,” said Angel, one of his relatives skeptical of the suicide theory. “It’s ironic, because he was terrified of heights.”

Rivera had no history of mental illness or sudden shock. On top of that, he had actually booked an office space for a weekend during his disappearance to finish up a project, signaling no intent of suicide.

Like many unsolved cases, the uncertainty surrounding Rey Rivera’s death spawned several theories online. But even those involved in the case have admitted there were “really bizarre” elements to his death.

First, authorities were unable to retrieve video footage from the highly-secure building to see what happened when Rivera made his way to the higher floors due to a technical problem.

Then, there was an obscure note uncovered from Rivera’s computer. The note was typed in small print, folded up in plastic, and taped to his home computer screen along with a blank check.

The note was addressed to “brothers and sisters” and referred to “a well-played game.” It also named famous people who had died, including Christopher Reeve and Stanley Kubrick, as well as ordinary people who Rivera knew in real life. The note included a request to make them and himself five years younger.

The finding was so puzzling that investigators sent the letter to the FBI. The Feds determined it wasn’t a suicide note.

The cryptic letter pointed to another weird detail about Rey Rivera’s circumstances: his growing interest in the Free Masons. The note he left behind began and ended with phrases used in the Masonic order.

A representative at a local Maryland lodge confirmed that Rivera inquired about membership on the same day he went missing, but didn’t recall anything unusual about their conversation. Shortly before his death, Rivera was also reading books related to masonry, such as The Builders.

To muddy things further, his wife described a growing paranoia in Rivera in the weeks leading up to his disappearance. She told police that Rivera was unusually anxious when their home alarm had gone off and that an encounter with an unknown man at the park left her husband visibly distraught.

Were these signs of psychological stress, or did Rivera believe that someone was truly after him?

Perhaps the creepiest detail of all is that Rivera’s sandals and phone were later found intact on the lower roof. How did they manage to survive such a big drop when their owner clearly did not?

Some conspiracy theorists have pointed to Stansberry’s strange behavior during the investigations, particularly his avoidance of the police. His reluctance could simply be a matter of protecting his business from bad publicity. However, if Stansberry was indeed covering something up, no one knows exactly what it was.

Rivera’s bizarre case will be re-examined in an episode of the rebooted Unsolved Mysteries series on Netflix in July 2020.

Despite the strange details of his case, the police — and some amateur sleuths — remain unmoved from the investigation’s conclusion that Rey Rivera committed suicide. But those who were closest to him still seek answers to his death.

After reading about the mysterious death of Rey Rivera, read the unsolved mystery behind the disturbing death of Elisa Lam and the tragic story of Joyce Vincent, the dead woman who went unnoticed for two years.