On August 6, 2004, punk-funk legend Rick James was found dead in his Los Angeles home. He had nine different drugs in his system — including cocaine and meth.

Rick James’ death struck the music world like a tidal wave. In the 1980s, the “Super Freak” singer had taken funk music out of the nightclub and delivered mainstream hits on a silver platter. He had sold over 10 million records, was a Grammy Award winner, inspired countless artists, and become an icon in his own time.

Then, suddenly, he was gone. 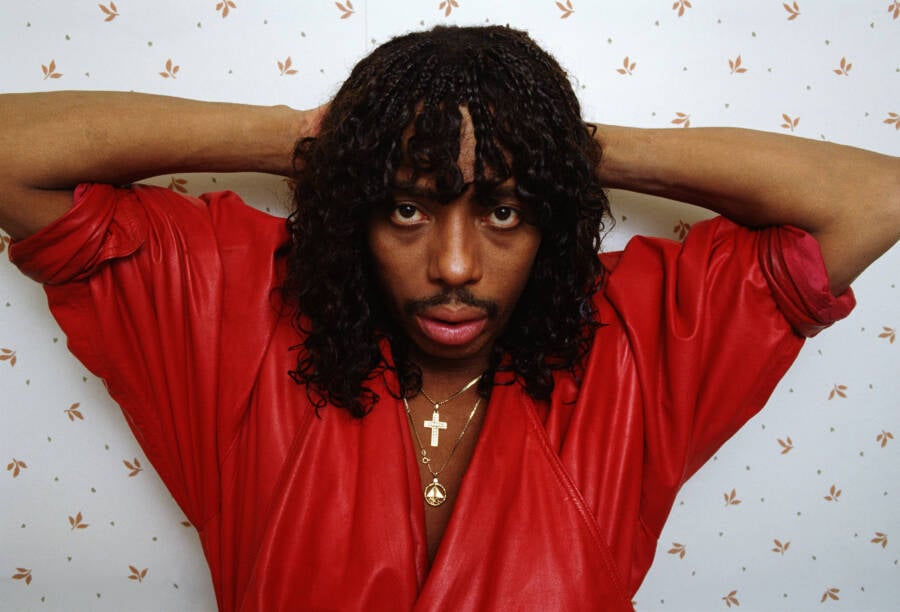 George Rose/Getty ImagesRick James’ cause of death was a heart attack, but the drugs in his body may have contributed to his demise.

On August 6, 2004, Rick James was found dead by his full-time caretaker in his Hollywood home. He was 56 years old. By that point, it was well known that James had indulged in numerous vices throughout his career, including hard drugs. He had once even described himself as an “icon of drug use and eroticism.” So, many fans feared that James had died of an overdose.

However, Rick James’ cause of death turned out to be a heart attack. That said, a toxicology report also revealed that he had nine different drugs in his system at the time of his death — including cocaine and meth.

The Los Angeles County coroner said that “none of the drugs or drug combinations were found to be at levels that were life-threatening in and of themselves.” Still, it’s believed that the substances in his body — as well as his long history of drug abuse — contributed to his early demise.

While the coroner’s findings did provide a sense of closure to James’ loved ones, it also left many of them saddened. Apparently, James had ravaged his body to such an extent for so many decades that by that point, it could take no more. This is the tumultuous story of Rick James’ death. 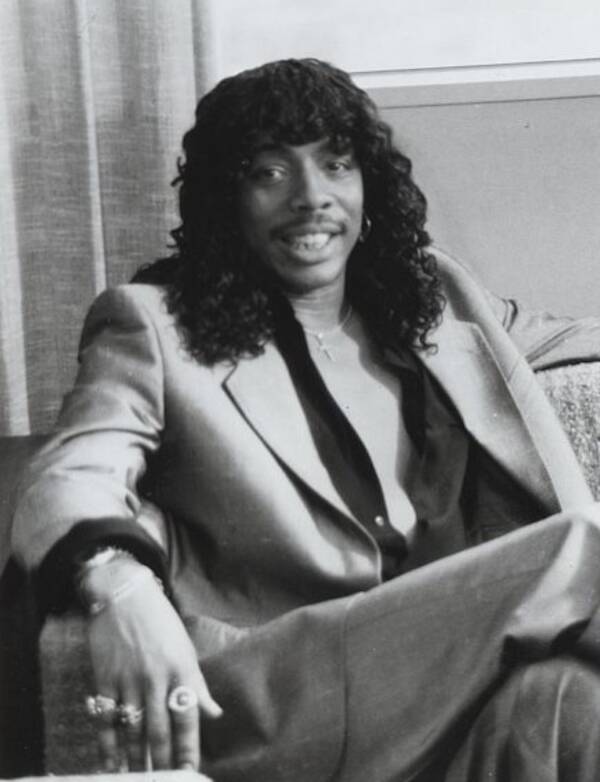 Wikimedia CommonsBefore Rick James became a superstar, he dabbled in a life of crime as a pimp and burglar.

Born James Ambrose Johnson Jr., on February 1, 1948, in Buffalo, New York, Rick James was the third of eight children. Since his uncle was bass vocalist Melvin Franklin of The Temptations, the young James had music in his genes — but a potpourri of trouble would nearly lead him to a life of obscurity.

Accompanying his numbers-running mother on her routes to bars, James got to see artists like Miles Davis and John Coltrane at work. James later said that he lost his virginity at age 9 or 10, and claimed that his “kinky nature was there early.” As a teen, he began dabbling in drugs and burglary.

To avoid the draft, James lied about his age to join the Navy Reserve. But he skipped too many Reserve sessions and ended up getting drafted to serve in the Vietnam War anyway — which he dodged by escaping to Toronto in 1964. While in Canada, the teen went by “Ricky James Matthews.” 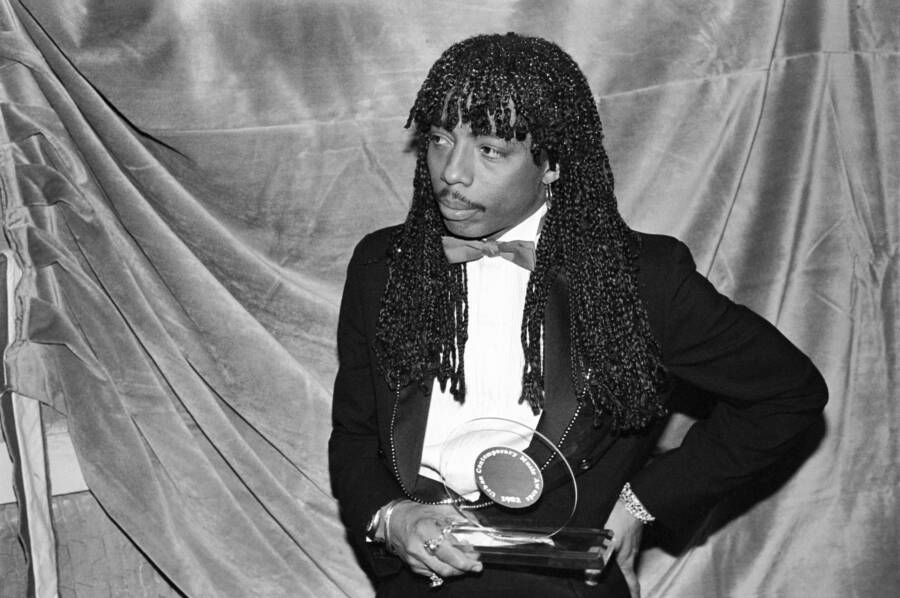 James soon formed a band called the Mynah Birds and found some success. He also befriended Neil Young and met Stevie Wonder, who urged him to shorten his name. But after a rival ratted James out for going AWOL, he surrendered to authorities and spent a year in jail for draft evasion.

After he was released, he moved to Los Angeles to meet up with some friends from Toronto, who had since set their sights on Hollywood. While there, James met a socialite who wanted to invest in him. His name was Jay Sebring, “a cat who’d made millions selling hair products.” Sebring invited James and his then-girlfriend to a party in Beverly Hills in August 1969.

“Jay was in a great mood and wanted to take me and Seville to Roman Polanski’s crib, where the actress Sharon Tate was living,” James recalled. “There was gonna be a big party, and Jay didn’t want us to miss it.”

This party would later turn out to be a site of the Manson Family Murders. 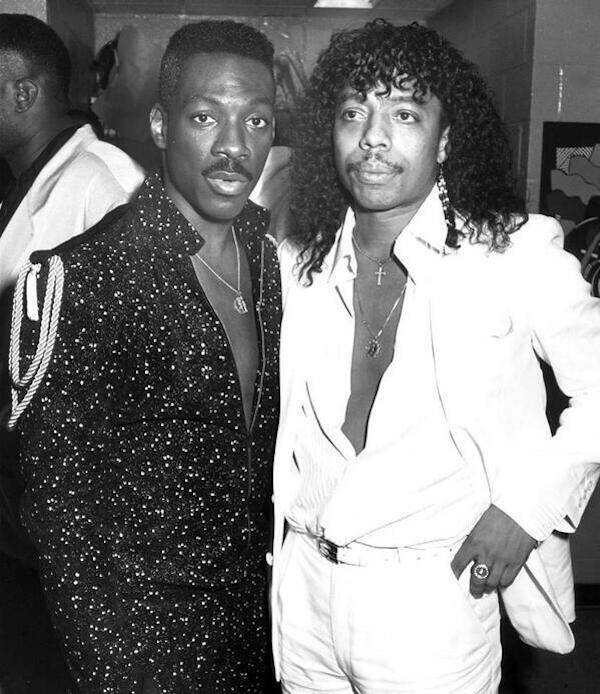 Luckily for Rick James, he avoided being killed by Charles Manson’s followers — all because he was too hungover to attend the party. However, his budding fame as a performer eventually led to a different kind of darkness: addiction. In 1978, James released his debut album and soon became a star.

Touring the world while selling millions of records, James became so wealthy that he purchased the former mansion of media mogul William Randolph Hearst. But he also used his money on drugs. And his casual cocaine use of the 1960s and ’70s became a regular habit by the 1980s.

“When I hit it that first time, sirens went off,” he recalled of his first time trying freebasing cocaine. “Rockets were launched. I was sent reeling through space. At the time, the physical exhilaration of smoking coke in pure form overpowered any semblance of sense I ever possessed.” 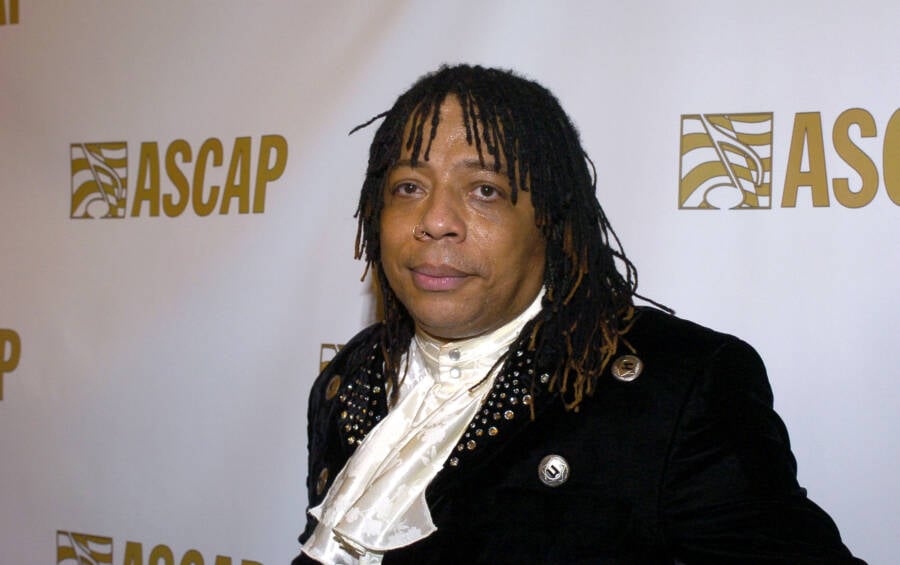 Around the same time, James was found guilty of assaulting two women. Disturbingly, one of the women claimed that James and his then-girlfriend had imprisoned and tortured her over a period of three days in his Hollywood home. He spent over two years in prison as a result.

After he was released in 1995, he tried to make a comeback in the music industry. But while James had once produced Eddie Murphy’s hit song “Party All The Time,” his own party was clearly coming to an end. In 1998, after his final album peaked at No. 170 on the Billboard charts, he suffered a debilitating stroke that abruptly halted his entire career.

Inside The Death Of Rick James 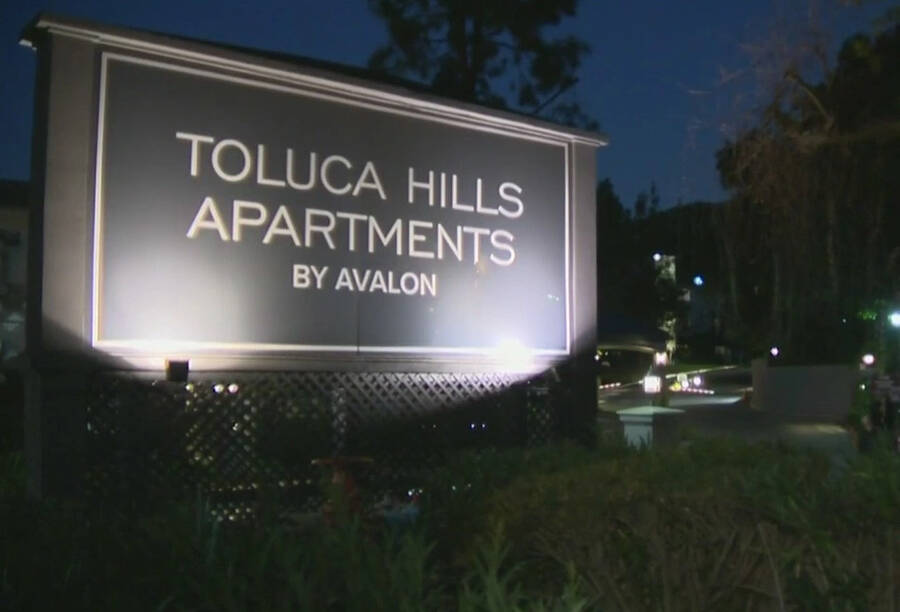 YouTube/KCAL9Toluca Hills Apartments, where Rick James died of a heart attack in 2004.

Though Rick James spent several years out of the limelight, he made an unexpected return in 2004 — thanks to an appearance on Chappelle’s Show. Chronicling his infamous escapades to a comical effect, James introduced himself to a whole new audience who was not only happy to hear him speak but also to see him perform on stage once again at awards shows.

But later that year, he would breathe his last. On August 6, 2004, Rick James was found unresponsive in his Los Angeles home. His personal physician said Rick James’ cause of death was an “existing medical condition.” Meanwhile, his family attributed the death to natural causes. Fans awaited clarity on the legendary singer’s final hours as many grieved their loss.

“Today the world mourns a musician and performer of the funkiest kind,” announced Recording Academy president Neil Portnow, shortly after Rick James’ death. “Grammy winner Rick James was a singer, songwriter, and producer whose performances were always as dynamic as his personality. The ‘Super Freak’ of funk will be missed.”

On September 16th, the Los Angeles County coroner revealed Rick James’ cause of death. He died of a heart attack, but had nine drugs in his system at the time, including meth and cocaine. (The other seven drugs included Xanax, Valium, Wellbutrin, Celexa, Vicodin, Digoxin, and Chlorpheniramine.) 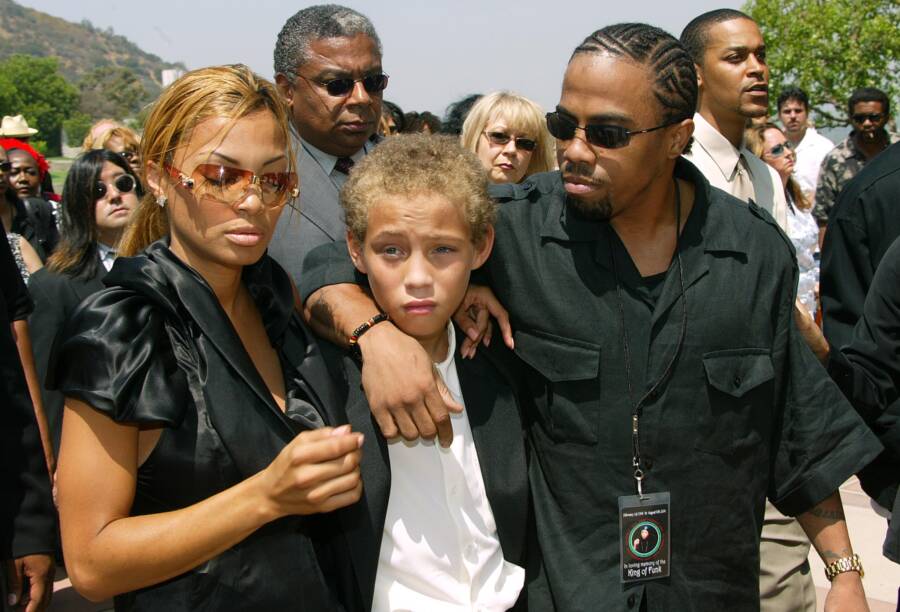 Just a couple of months before he died, Rick James had accepted a Lifetime Achievement Award at the Rhythm & Soul Awards that was made of smooth glass. He then famously quipped, “Years ago, I would have used this for something totally different. Cocaine is a hell of a drug.”

Though he insisted in his later years that he had kicked his old habits, his toxicology report clearly showed that wasn’t the case. While Rick James’ cause of death was not a drug overdose, it’s possible that the substances in his body — as well as his past drug abuse — contributed to his demise.

By the time the tragic report was revealed, it had already been weeks since James was laid to rest. Around 1,200 people had attended the public memorial. “This is his moment of glory,” his daughter Ty said at the time. “He would’ve loved to have known he had this much support.”

In the end, the coroner ruled Rick James’ death an accident. It was ultimately a heart attack that led his body to shut down for good. And while the singer had ingested a cocktail of substances and medications before his final moments, none of the drugs had directly caused him to die.

“A giant joint was placed atop one of the speakers facing the mourners,” Ritz wrote of the otherwise somber scene. “Someone lit it. The smell of weed began drifting over the hall. A few turned their heads to avoid the smoke; others opened their mouths and inhaled.”

After learning about the death of Rick James, read about the last days of James Brown. Then, take a look at 33 photos of the crack epidemic that ravaged America in the 1980s and early ’90s.