After he won the race to the South Pole, he became the first man to reach the North Pole. Then, he vanished without a trace. 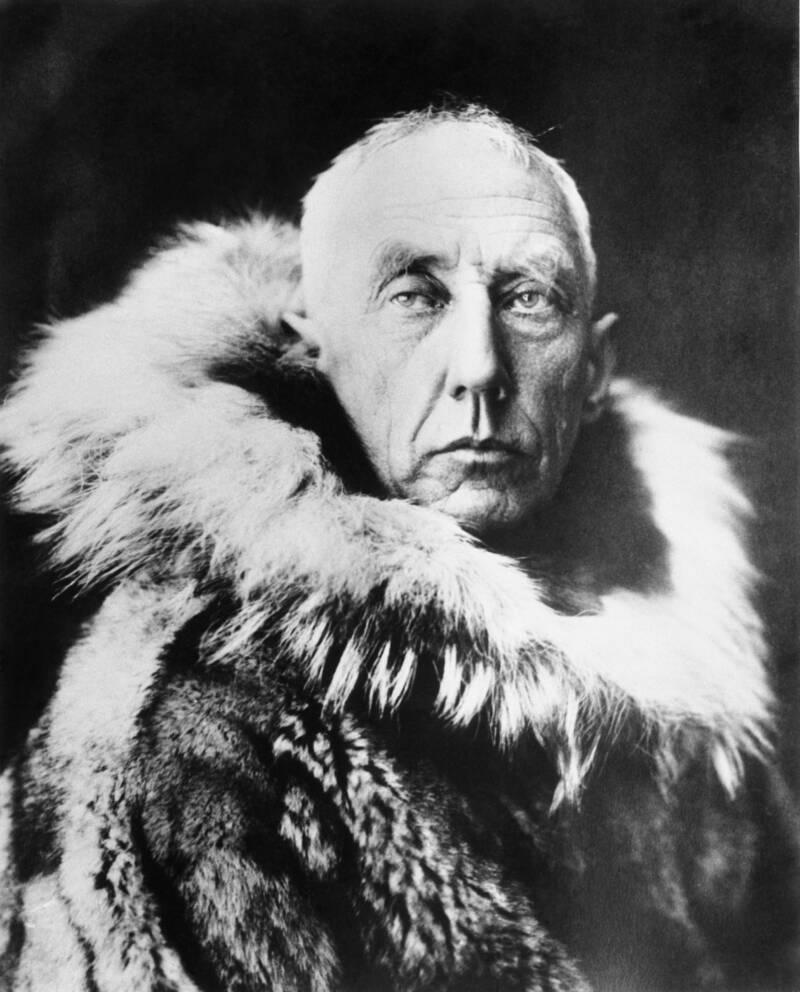 In 1911, Roald Amundsen and his Norwegian expedition gathered among the snow and ice at the southernmost tip of the world. Everyone put their hands on the Norwegian flag and triumphantly stuck it into the frozen ground, thus securing Amudsen’s legacy as the first man to reach the South Pole. But it’s hardly the only thing this intrepid explorer accomplished.

Fascinated by polar exploration from a young age, Amundsen spent most of his life going to some of the world’s coldest places. The explorer sailed through the icy waters of the Northwest Passage and the Northeast Passage and charted the world’s first transarctic flight over the North Pole.

But in the end, Amundsen died an explorer’s death. While searching for a lost airship, he vanished somewhere over the Arctic Ocean — disappearing into the icy waters that he’d dedicated his life to understanding.

The Boy Who Dreamed Of Being An Explorer

Born on July 16, 1872, in Borge, Norway, Roald Engebreth Gravning Amundsen knew he wanted to explore the world from a young age. Royal Museums Greenwich reports that he habitually slept with his windows open, even during frigid Norwegian winters, in order to prepare himself for polar exploration. And while studying medicine to appease his mother, Amundsen dropped out of university to spend time with Arctic whaling skippers.

Powerfully built, and standing over six feet tall, Amundsen came from a long line of seafaring folk. He was proud to be called the “last of the Vikings,” according to PBS, and soon set out to prove that their adventurous blood flowed through his veins. After sailing with the Belgian ship Belgica in 1899 — the first expedition to winter in the Antarctic — he set out on his own. 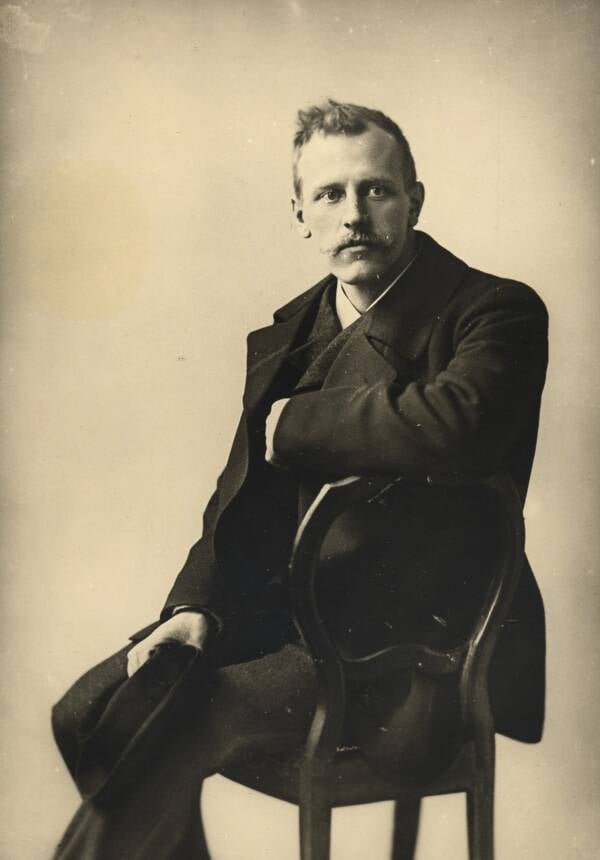 In 1903, the 31-year-old Roald Amundsen embarked on an expedition to the ice-choked waters north of Canada. He and his crew successfully steered a 70-foot fishing boat through the perilous route, and Amundsen emerged three years later as the first explorer to navigate the Northwest Passage.

Before long, his adventurous eye fell on a new conquest — the South Pole.

In August of 1910, Roald Amundsen set out on what he said was an expedition to the North Pole with his ship Fram. He kept his true destination — the South Pole — secret even from the Norwegian government and his crew. According to PBS, Amundsen knew that an Englishman named Robert Scott had also set out for the South Pole, and he worried that the Norwegian government would hesitate to directly challenge the English. 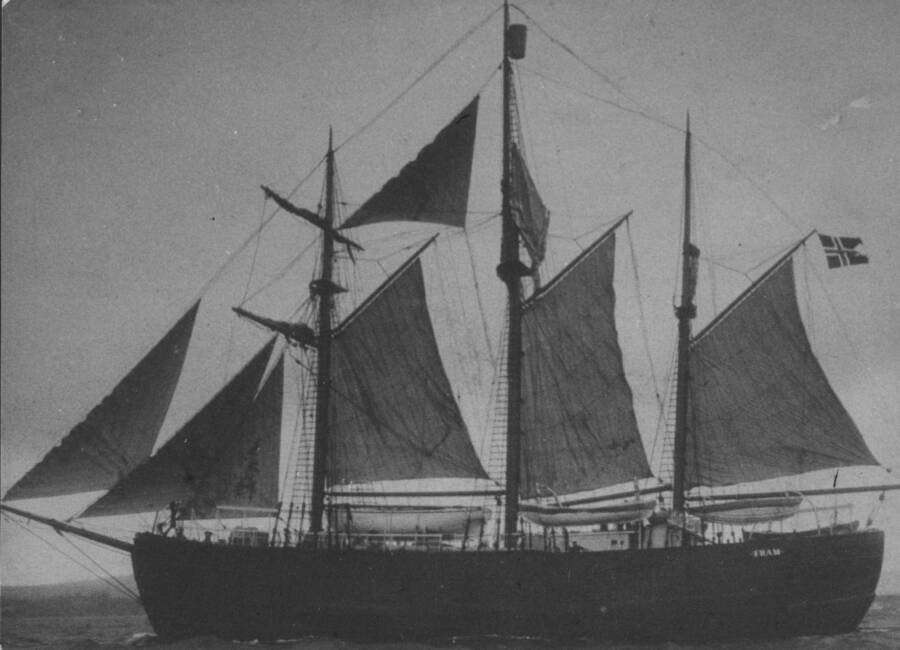 Amundsen didn’t even tell his crew their true destination until the Fram had passed through the Madeira Islands off the coast of Africa.

“Here I informed my crew that I — as the North Pole had been discovered [by Robert Peary and Frederick Cook] — had decided to go for the South Pole,” Amundsen recalled in his 1927 book, Roald Amundsen: My Life As An Explorer. “All agreed enthusiastically.”

Amundsen explained to his men that he’d meticulously prepared for the southern journey, and had even brought along cold-weather dogs to help them. The British, Amundsen noted, didn’t have dogs and didn’t even know how to ski. “That means that we will get there first,” champion skier Olav Bjaaland shouted, according to the American Museum of Natural History.

The race for the South Pole was on between Roald Amundsen and Robert Scott. But only one of the two men would survive to tell the tale. 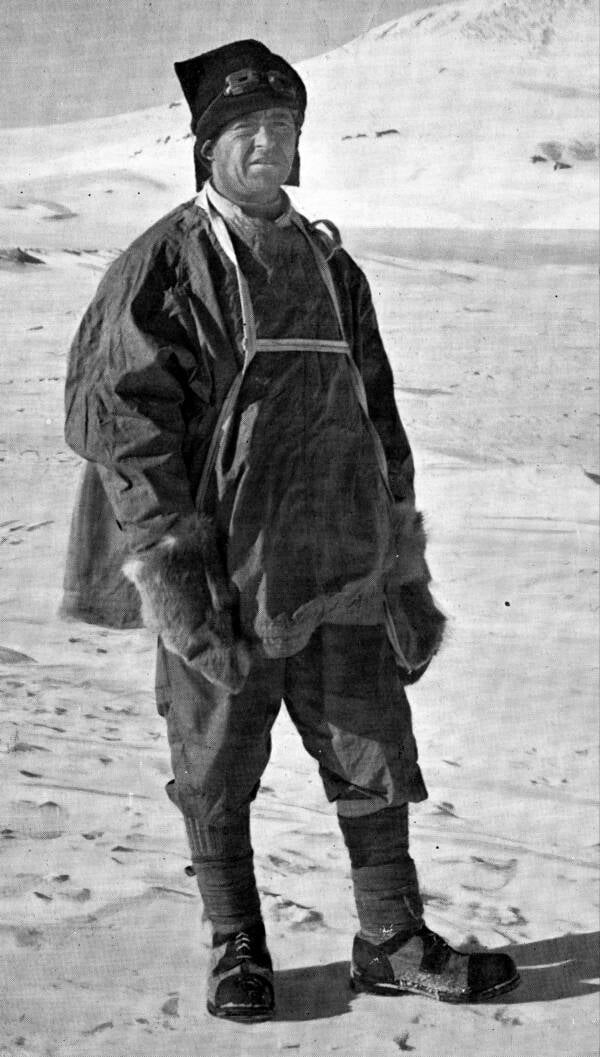 After sailing for 16,000 miles, the Fram reached the Bay of Whales in Antarctica in January 1911. Amundsen’s men spent months making preparations — with the English camp close enough that the two crews sometimes shared meals — and finally set out for the South Pole on Oct. 18.

Aided by their dogs, and with a healthy head start, Roald Amundsen and his expedition made good time as they crossed the ice. As they neared their destination, however, some crewmembers worried that they’d arrive at the South Pole only to find the English flag fluttering in the wind. 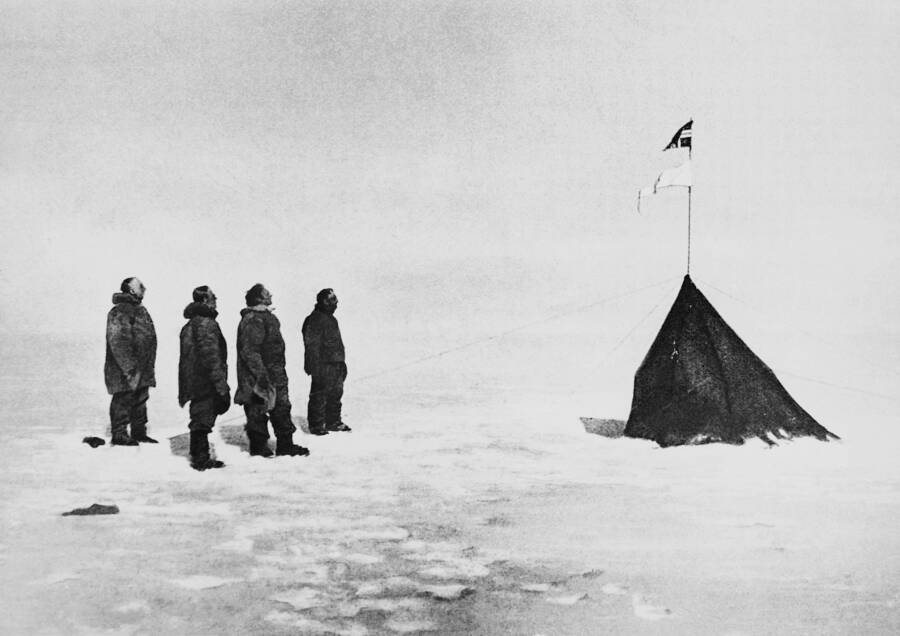 Olav Bjaaland/DeAgostini/Getty ImagesRoald Amundsen, alongside, Helmer Hanssen, Sverre Hassel, and Oscar Wisting peer up at the Norwegian flag atop their tent. December 16, 1911.

“Shall we see the English flag — God have mercy on us, I don’t believe it,” one nervously wrote as they grew close to the South Pole.

In fact, Scott and his team were weeks behind Amundsen. On Dec. 14, 1911, the Norwegians arrived at the southernmost point of the Earth and found only ice — and no sign of the Union Jack. They triumphantly placed the Norwegian flag in the ground and, according to Royal Museums Greenwich, popped open a bottle of champagne that expedition cook Adolf Lindstrom had been sleeping with so that it didn’t get too cold in the Arctic.

But their victory was tinged with tragedy. By the time Scott arrived 33 days later, on Jan. 17, 1912, Amundsen and the Norwegian team had come and gone. And the Englishmen were not only disappointed but also doomed — they perished on their return journey on March 29, 1912.

“Nobody could hold a higher admiration than myself for the gallant courage of our brave English competitors,” Amundsen later wrote, “for nobody else so well as we can understand the fearful dangers of the trip.”

Roald Amundsen had accomplished an incredible feat by reaching the South Pole. But the Norwegian explorer wasn’t done exploring.

Roald Amundsen didn’t rest on his laurels after reaching the South Pole. Following his famous expedition, he also traversed the icy Northeast Passage and attempted to make history at the North Pole. 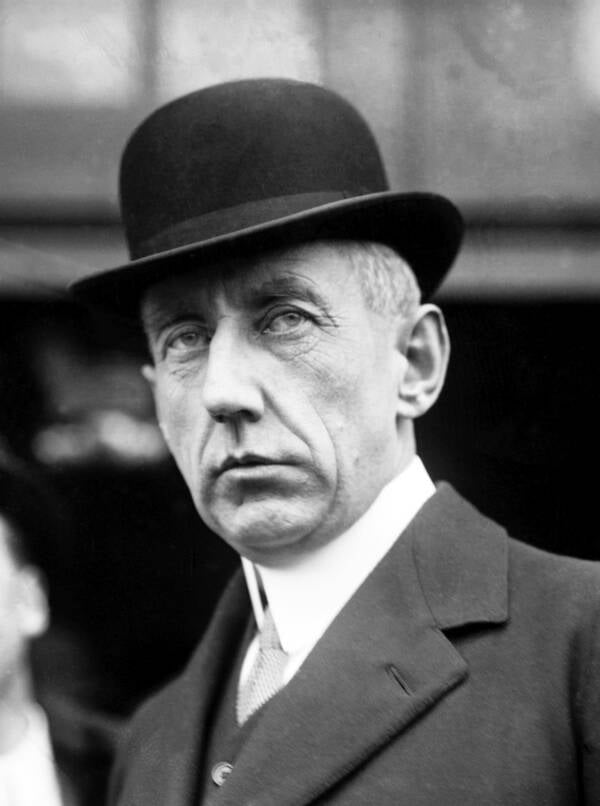 Pictures From History/Universal Images Group via Getty Images)Roald Amundsen had a number of “firsts” to his name by the time he died in 1928.

As HISTORY writes, Amundsen hoped to become the first person to fly over the North Pole. In 1925, he made his first attempt but missed his destination by 150 miles. The next year, he succeeded, but was seemingly beaten by American explorer Richard E. Byrd. It wasn’t until 1966 that it came out that Byrd had actually turned back before reaching the North Pole.

Throughout it all, the little boy who’d dreamt of being a polar explorer had never lost his love for the Arctic. “If only you knew how splendid it is up there,” he remarked in 1928, according to PBS, “that’s where I want to die.”

His words proved prophetic. In June 1928, as he searched for survivors of the Italia, which sank en route to the North Pole, Amundsen’s plane vanished. He and his companions presumably perished in a plane crash somewhere over the Norwegian Sea, but their remains have never been found.

Perhaps it will be future explorers — inspired by men like Roald Amundsen — who will one day explore the ocean depths and discover his lost body.

After learning about explorer and adventurer Roald Amundsen, read about Peter Freuchen, another Arctic explorer and the real most interesting man in the world. Then, check out these photos that show what a deserted frozen wasteland Antarctica really is.