Roberto Canessa and Nando Parrado were members of the ill-fated Uruguayan Air Force Flight 571, whose survivors had to resort to cannibalism. 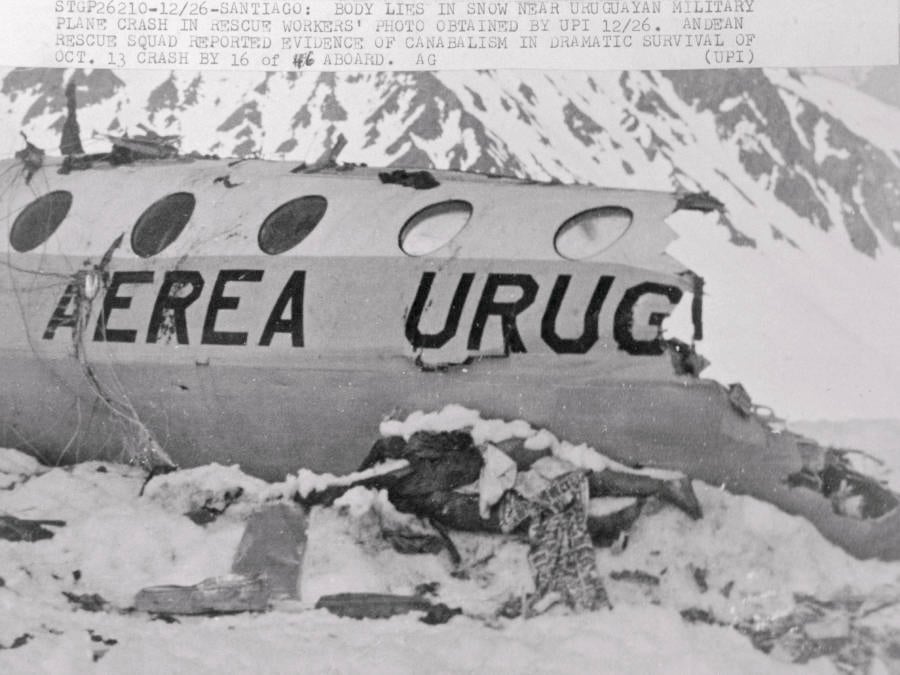 A decomposing body lies in snow outside the wreckage of the charted Uruguayan plane that crashed in the Andes on Oct. 13, 1972.

Roberto Canessa and Nando Parrado were two of the 45 passengers who boarded Uruguayan Air Force Flight 571 on Friday, Oct. 13, 1972.

They and 17 of the other passengers were members of a Uruguayan rugby team. Together with their teammates and family members, they were traveling over the Andes in a chartered plane to play a match in Chile. Canessa and Parrado had no inkling as they settled into the plane’s cabin that not only would they spend a harrowing 70 days in subzero temperatures at the top of a mountain, but that they would soon be dining on the flesh of those around them.

Roberto Canessa first realized the danger they were in as they flew through the Planchon pass, “where we traveled in cloud cover so heavy that visibility was nearly zero and the pilots were forced to fly on instruments.”

The pilots had, however, misread the instruments and only saw the ridge of a mountain rising in front of them when it was already too late. The plane smashed into the peak in a collision that ripped off the wings, instantly killed several of the passengers, and left the survivors stranded in the frigid temperatures atop the Andes.

The cold was the survivors’ most pressing problem. The team had not been dressed for the frigid high-altitude temperatures and the warmest clothing many had were their sports jackets, meaning they would often shiver until their muscles spasmed. However, the semi-destroyed plane provided just enough cover to protect them from the worst of the winds.

After the cold, thirst was their greatest concern. At high altitudes, humans become dehydrated twice as quickly as they do at sea-level, often without even realizing it. However, one ingenious team member managed to create a water basin using aluminum from the wreck to melt the ice on the mountain. But it was hunger that would become their worst problem.

As the days went on with no sign of the rescue, the survivors felt the appetites that had been suppressed by shock and fear slowly return. As their small rations ran out, Nando Parrado found himself gazing at the wounded leg of a boy in the plane. As he stared at the dried blood around the injury, he suddenly felt his appetite rise. No matter how morally repulsive Parrado found the idea, as he explained it, “Something had happened that I couldn’t deny: I had looked at human flesh and instinctively recognized it as food.”

Nando Parrado Says What Everyone Is Thinking

At first the other survivors were too ashamed to admit their thoughts to each other. But as their mountain isolation dragged on, they all realized they would soon have to make a choice to survive.

Parrado finally broached the taboo subject with another survivor during a discussion about how they were too weak to attempt climbing down themselves without nourishment. After Parrado tentatively declared, “There is plenty of food here, but you must think of it only as meat,” his friend quietly admitted, “God help us, I have been thinking the very same thing.”

No longer able to postpone the inevitable, the remaining survivors joined hands and gave each other permission to consume their bodies if they too perished on the mountain. Moments later, they took their first bite of human flesh. As Parrado recalled, “I felt no guilt or shame. I was doing what I had to do to survive.”

The survivors had long since accepted that no rescue was coming for them. In fact, both Uruguayan and Chilean authorities had called off the search for the missing plane only 11 days after the crash, as they thought it would have been impossible for anyone who might have survived to last that long in the Andes without food or shelter.

Although some of the team’s family members had attempted to keep the search going, Parrado admitted, “Deep down, I always knew we would have to save ourselves.” 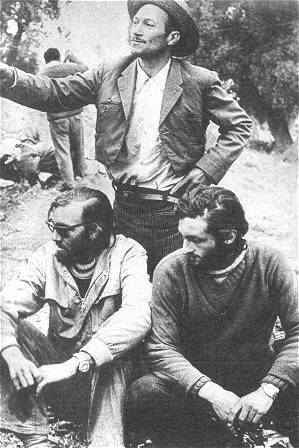 Wikimedia CommonsNando Parrado and Roberto Canessa with the man who first spotted them and went for help.

Roberto Canessa Gets Tired Of Waiting 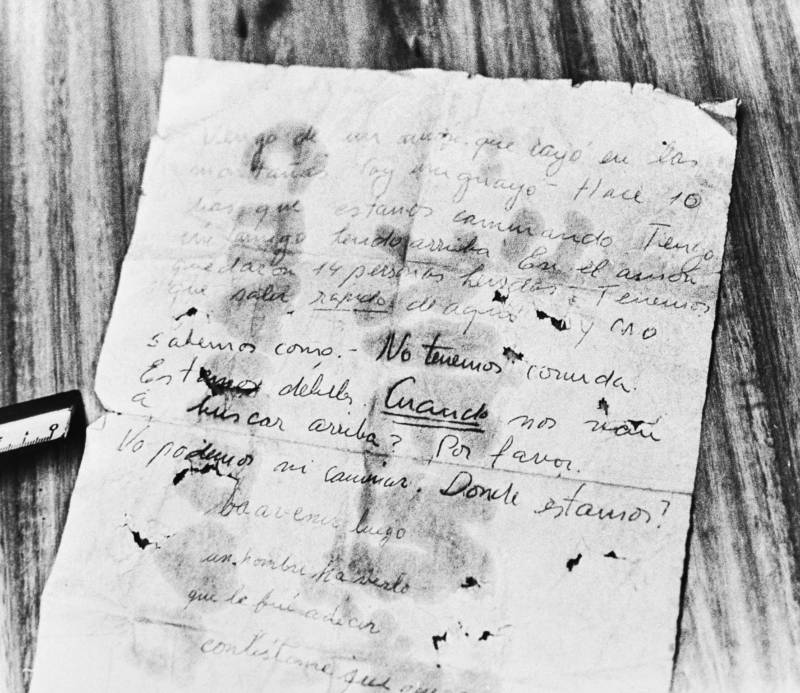 Two survivors miraculously emerged from the Andes Mountains Dec. 22, 1972, and attracted help by managing to attach a note to a stone and hurling it to a farmer across a stream. The note reads: “I come from an airplane that crashed in the mountains. I am Uruguayan. We have been walking for about ten days. Fourteen others remain in the airplane. They are also injured. They don’t have anything to eat and cannot leave. We cannot walk any further. Please come and get us.”

Around 60 days after the crash, Roberto Canessa approached Nando Parrado and simply said, “It’s time to go.” Together with another survivor (Vizintín, who later returned to the wreck after the group began running out of food), they began the arduous trek down the mountain in a desperate attempt to bring back help.

During the miserable 10-day journey, Parrado declared to Canessa “We may be walking to our deaths, but I would rather walk to meet my death than wait for it to come to me.” Canessa replied, “We have been through so much. Now let’s go die together.” At the end of their journey, they found not death, but hope.

On Dec. 20, as the pair traveled alongside a river, Canessa suddenly shouted out “I see a man!” Although he initially thought his friend was seeing things, Nando Parrado soon heard “the unmistakable sound of a human voice.” They signaled for help and after returning the next day with food for the survivors, the man rode 10 hours to get help. On Dec. 22, the first helicopters reached the crash site. Of the 45 people aboard the plane, only 16 had survived.

The incredible rescue made headlines all over the world, although the story of the miraculous survival was soon overshadowed by the reports of cannibalism.

Although the public initially reacted with horror (even though a Catholic priest had declared the survivors had not sinned since they had only resorted to cannibalism in extremis), the team gave a remarkably honest press conference explaining their desperation and pact to each other, after which the outrage died down. The survivors shared a truly unique bond after their experience, yet one that was not marked by shame.

As Roberto Canessa explained, “You can’t feel guilty for doing something you didn’t choose to do.”

Next, read about Joseph Stalin’s “Cannibal Island.” Then check out these harrowing photos of the unsolved Dyatlov Pass incident.