The U.S. Will Battle Japan In A Manned Robot Battle With Chainsaws And Cannons

The robots' massive battle will be streamed on Twitch on Tuesday, October 17. 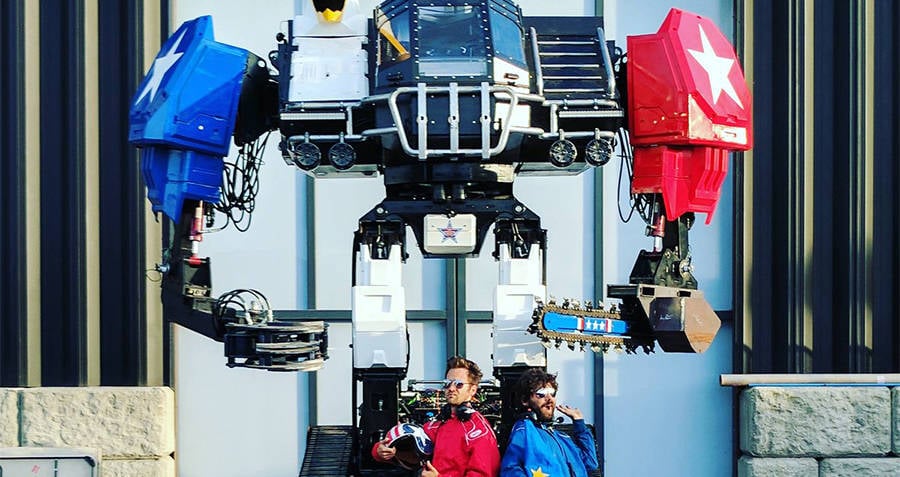 Two years ago, an American robotics company challenged a Japanese robotics company to a robot duel. However, this would be no ordinary robotics face off — the key players in this fight were two giant robots, each over 10 feet tall.

After an initial agreement and build, the two massive bots finally met in September for their fight which was taped and will be shown Tuesday night via the online streaming site Twitch.

The historic duel, between U.S. based MegaBots Inc. and Japan’s Suidobashi Heavy Industry, was the first giant robot fight ever and is sure to be an exciting experience for robotics fans everywhere.

Each of the robots has a central cockpit that can hold two men, and look more like something out of Transformers than a plastic robot boxing toy. The U.S. bot, Eagle Prime, measures 16 feet tall and weighs 12 tons. Its Japanese challenger, Kuratas, is 13 feet tall and weighs about 6.5 tons.

“This is a personal dream of mine come to life,” says engineer Gui Cavalcanti, MegaBots’ co-founder. He is also Eagle Prime’s co-pilot. 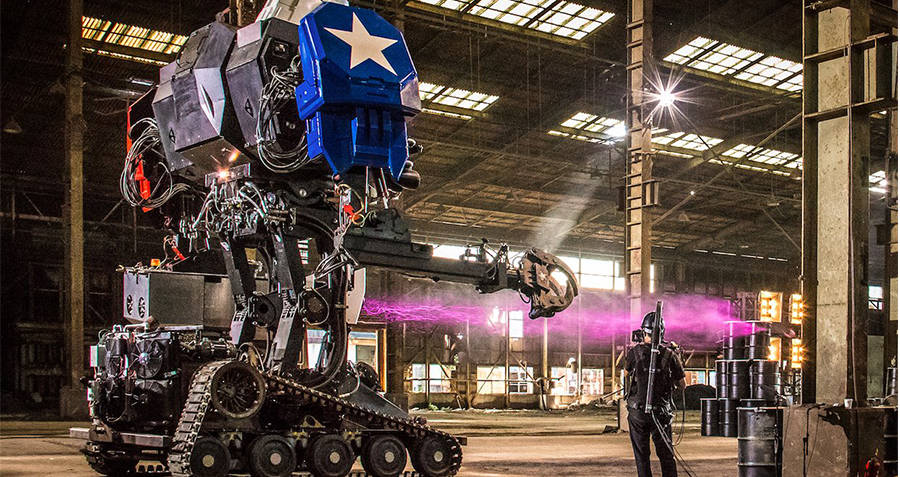 One of the most fascinating parts of the duel was the fact that both robots were powered by men seated inside the robot, not from afar by remote control.

Cavalcanti and co-pilot Matt Oehrlein were inside the robot during the entire fight, something Cavalcanti describes as “both awesome and terrifying.”

“We’re sitting on top of 430 horsepower Corvette engine,” Cavalcanti said. “You can actually feel the robot just kind of shaking and quaking around you as you get punched, as you lean into a turn, as you fire the weapons or throw a punch.”

The weapons he described arent simply the robots’ heavy metal arms. Eagle Prime was built to be outfitted with chainsaws, pellet cannons, and various other extreme weaponry. However, Cavalcanti says, the fight is about more than just destroying the opponent. The battle symbolizes a fight between the two nations over who has the most technologically advanced robotics program. 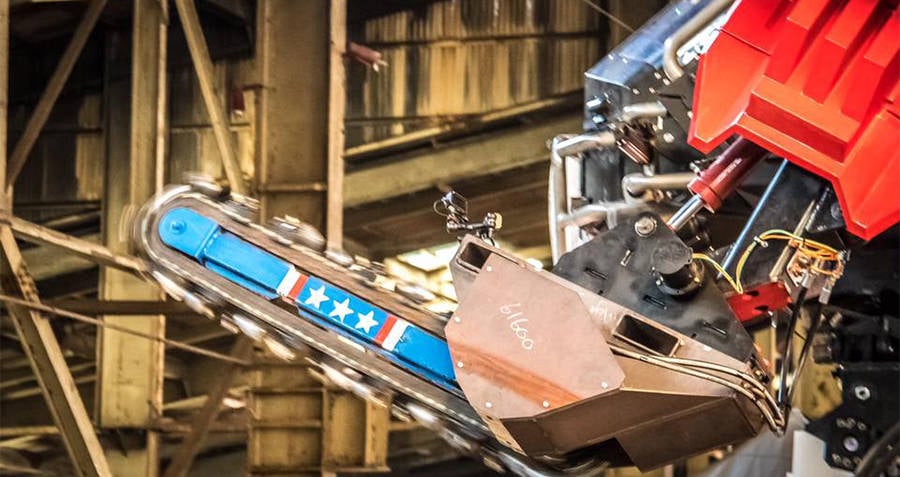 But the end goal, he added, is ultimately to form a giant robot sports league and inspire kids to get into the field.

“So instead of going to watch boxing at an arena, you go to watch giant robots fight and you feel like you’re living in the 21st century. Technology has caught up with the dream,” he said.

Enjoyed this? Check out this theory that humans can be attracted to robots. Then, read about the most astonishing robots in history.