"To those who oppose the death penalty - in my particular case, anything short of death would be cruel and unusual punishment." 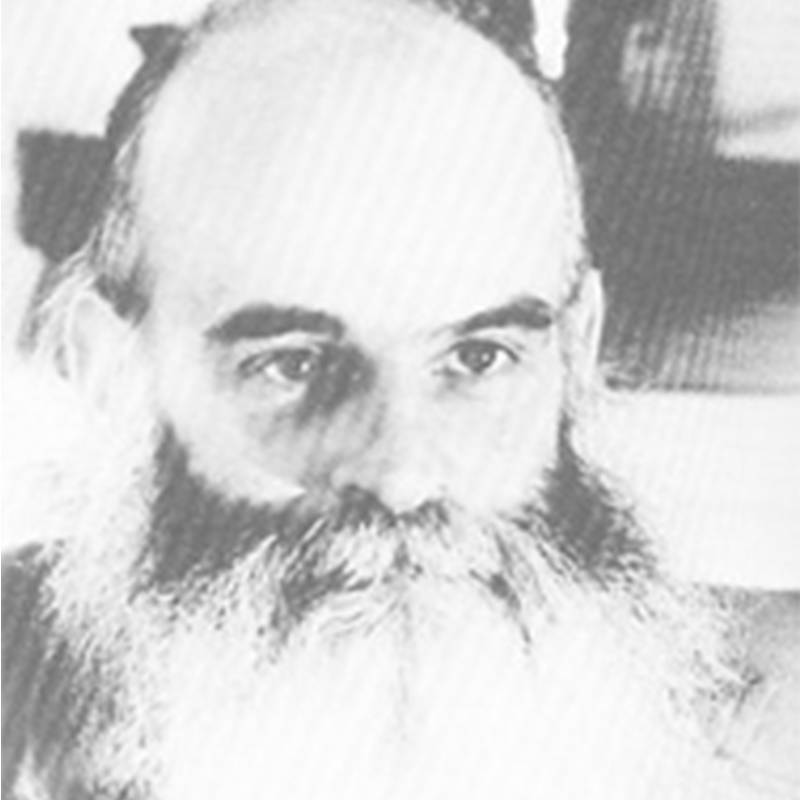 In Arkansas on December 28, 1987, retired military serviceman Ronald Gene Simmons walked into a law firm and fatally shot a secretary. He then went on to an oil company, a convenience store, and lastly, his former workplace at the Woodline Motor Freight where shots were also fired.

The whole rampage took 45 minutes. When it was over, Simmons had killed two people and wounded four others.

After fatally shooting office manager Joyce Butts at the Woodline Motor Freight, Simmons then surrendered to a secretary there. “I’ve gotten everybody who wanted to hurt me,” he said to her. He waited there for the police and when they arrived, he handed over his gun without any resistance.

But the most ghastly of the crimes Simmons committed had yet to be discovered — and was already days old.

When the police couldn’t reach Simmons’ family, two officers drove to the isolated home in the foothills of the Ozarks.

It was there, next to wrapped gifts below an ornamented Christmas tree, that the corpses of 12 of Simmons’ family members lay. Each was covered with a coat. Later, deputies found Simmons’ two toddler grandsons wrapped in plastic sheeting and hidden in abandoned cars parked nearby.

Investigators realized that Simmons had begun his killing spree with his own family nearly a week before.

Ronald Gene Simmons was born in 1940 in Chicago. After his dad William Simmons died of a stroke in 1943, his mom, Loretta Simmons, remarried within a year to a man named William Griffen who worked for the U.S. Army Corps of Engineers.

In 1957, Simmons dropped out of school and joined the U.S. Navy. While stationed in Washington, he met Bersabe Rebecca “Becky” Ulibarri. The two married in 1960 in New Mexico. Simmons then left the Navy a few years later to join the U.S Air Force.

Over the next 18 years, Simmons and Ulibarri had seven kids together.

By the time Simmons retired in 1979, he had accumulated several awards for his military service: he had received the Bronze Star Medal, the Republic of Vietnam Gallantry Cross, and the Airforce Ribbon for Excellent Marksmanship.

But the Simmons weren’t one big happy family.

In 1981, allegations surfaced that Simmons had been sexually abusing his 17-year-old daughter and that he had fathered a child with her. The Department of Human Services in New Mexico launched an investigation and, fearing prosecution, Simmons fled with his family.

They wound up on a large tract of land known as Mockingbird Hill in Dover, Arkansas. The property was desolate, isolated with no phone and no plumbing, and was surrounded by a tall makeshift fence.

The remote location forbode the kind of parent Simmons was — harsh and exacting. Their final task before their death was to dig a four-foot deep ditch in the yard, which Simmons told them this was for an outhouse.

But it would really be a grave for half of them.

Right before Christmas of 1987, Ronald Gene Simmons decided to kill his whole family.

His reasoning has never been made clear, but in the years following the tragedy, there have been several speculations.

One theory was that Simmons had learned that his wife was secretly planning to divorce, which drove him into a murderous rage. “I don’t want to live the rest of my life with Dad. I am a prisoner here, and the kids, too,” Simmons wife had written to their son shortly before the murders, “Every time I think of freedom, I want out as soon as possible.” 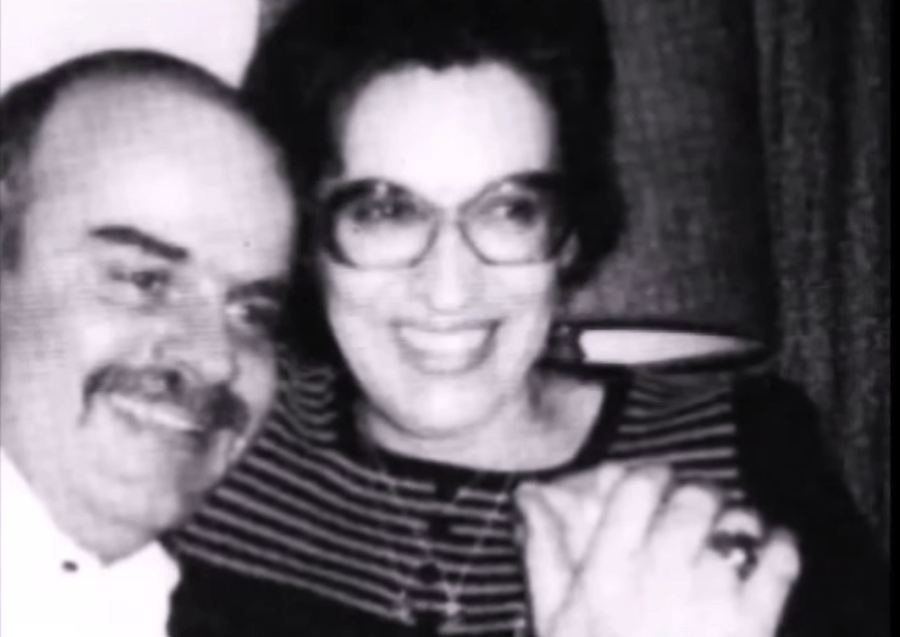 YouTubeSimmons’ wife Rebecca was the first family member he killed.

Other theories included spurned advances of love from his own daughter, Sheila, who eventually left home to marry. It’s speculated that the secretary Simmons murdered at the law firm had also spurned his romantic gestures which led to her demise.

On the morning of December 22, Simmons shot his wife and his oldest son using a .22-caliber pistol. After that, he savagely strangled his 3-year-old granddaughter.

Ronald Gene Simmons then waited for the other four kids who were living at home at the time to return. When they did arrive, he told them he had presents for them. He killed them all in the same way, one at a time by strangling them and holding them underwater in a rain barrel. 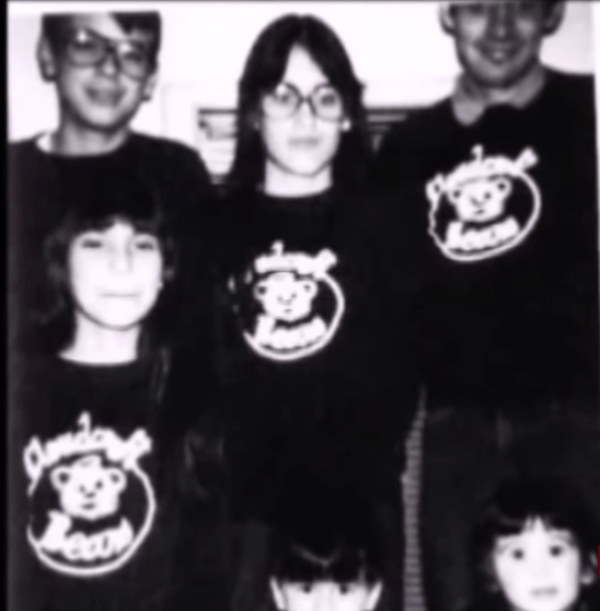 YouTubeSimmons’ youngest children and grandchild who still lived at home.

On December 26, the remaining members of the family showed up for the annual Christmas visit. When Simmons’ son Billy and his wife Renata got there, he shot them both dead before strangling their 20-month-old son.

He did the same to his oldest daughter, Sheila, and her husband and child. 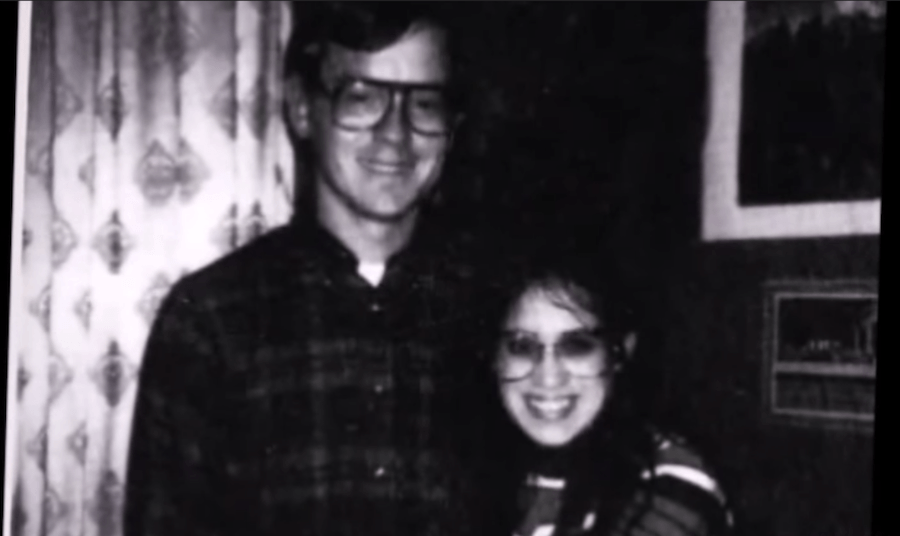 YouTubeRonald Gene Simmons was accused of sexually abusing and fathering a child with his daughter Sheila.

Simmons dumped seven of his family members in the backyard and left the rest in the house, covering their corpses with coats. Then, Ronald Gene Simmons went for a drink at a local bar. When he returned home, he watched TV and drank beer surrounded by the dead bodies of his family.

The spree continued on the morning of December 28. Driving to the nearby town of Russellville, he killed the 24-year-old secretary, Kathy Kendrick, at the office of Peel & Eddy law firm, shooting her four times in the head.

Next was the Taylor Oil Company, where he shot the owner Rusty Taylor (who survived) and an employee Jim Chaffin (who died on the spot).

Frightened workers at the oil company had already called the police while Simmons was on his way to his third destination, the Sinclair Mini Mart, where he used to work. There he shot two employees who survived.

His last stop was another former workplace, the Woodline Motor Freight, where he shot Joyce Butts.

“I just wanted to kill Joyce. Just Joyce,” he had said to the secretary that he had surrendered to.

The Aftermath Of A Tragedy

Ronald Gene Simmons was in a cell at a local detention center when the police showed up to his Dover home to find the bodies of his family. 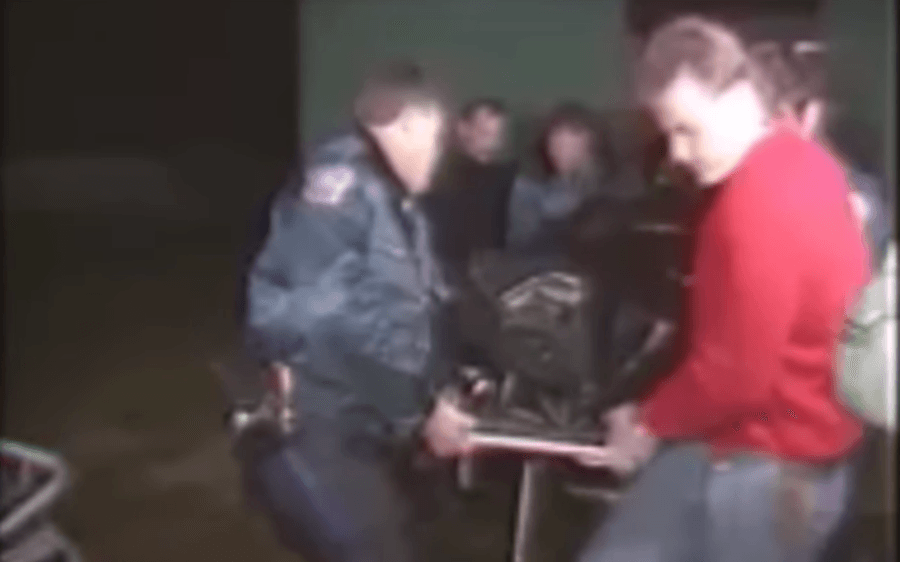 YouTubeAuthorities remove the bodies from the Simmons’ home.

Simmons was sent to the Arkansas State Hospital in Little Rock for a competency evaluation, where staff psychiatrist Dr. Irving Kuo found him sane and capable of standing trial.

Simmons had two trials. After the first one, he was convicted on May 12, 1988 for the deaths of Kendrick and Chaffin. Two days later, Simmons was sentenced to death by lethal injection plus 147 years. He did not appeal.

In the second trial that concluded on February 10, 1989, Simmons was also found guilty of fourteen counts of capital murder for the deaths of his family members.

Simmons was consequently to be lethally injected on March 16, 1989. In his final trial hearing he said, “In my particular case, anything short of death would be cruel and unusual punishment.”

Simmons had chosen lethal injection himself as his method of execution. “He was ready to die, he was at peace with it, he wanted it,” said John Harris, one of Simmons’ defense attorneys.

“I think he felt like, they are going to take him out, he’s going to take them out first,” said Harris of Simmons’ abused family. “I think that was his mindset.”

But Harris also said that there was more than one person to blame. If authorities had successfully arrested him back in 1981 on the basis of abusing his daughter, the murders likely wouldn’t have happened.

Prosecutors at the time said they’d dropped the charges at the family’s request. Nobody claimed his body, and so Ronald Gene Simmons was buried in a common grave.