Over the years, researchers have discovered hundreds of human skeletons along the edges of the otherwise pristine Roopkund Lake. 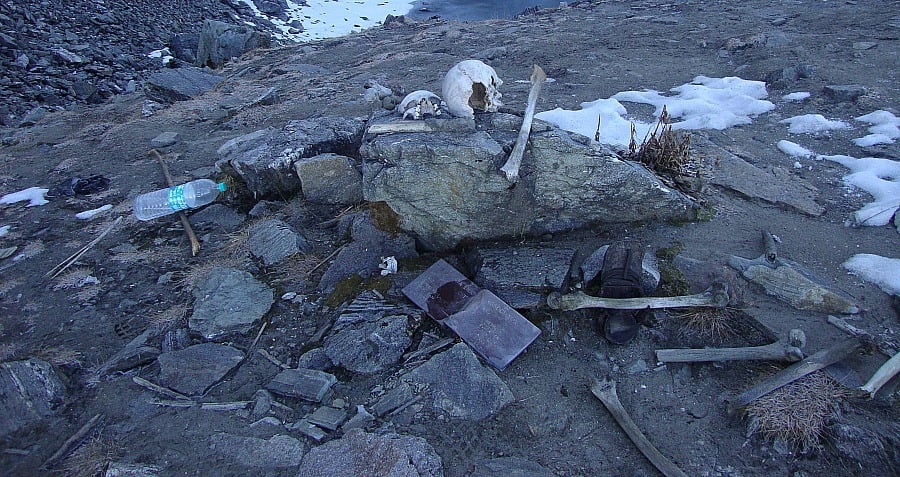 Human remains on the shore of Roopkund Lake.

In the mountains of Uttarakhand, India lies a high-altitude glacial body of water known as Roopkund Lake. Although surrounded by the natural beauty of the snow-covered Himalayas, the lake — a popular hiking destination for trekkers from around the world — is best known for the hundreds of human skeletons found situated around the edge of its waters.

Discovered by a forest ranger named H K Madhawl in 1942, the skeletons of Roopkund Lake have baffled members of the scientific community ever since.

Settled more than 16,000 feet above sea level, the lake, frozen at the time of the discovery, was said to be filled with bones. As the summer season brought in warmer temperatures which melted the icy waters, even more began to appear, eventually amounting to more than 200 human skeletons.

Initially, both locals and authorities alike assumed that the remains belonged to fallen Japanese soldiers who had died of exposure during World War II. Upon closer examination by the British government, which had sent investigators to determine if a land invasion was under way, it became apparent that the bones found at Roopkund Lake couldn’t have belonged to these soldiers.

Despite traces of hair and even skin apparent on the skeletons — which remained well-preserved thanks to the cold, dry Himalayan air — the Japanese soldier theory was dismissed upon realizing that the bones in question were simply not that young.

Additional theories and rumors abounded over the years, with people speculating upon the possibility of everything from a catastrophic landslide to ritual suicide, but the mystery of Roopkund Lake wouldn’t be solved for another 62 years. 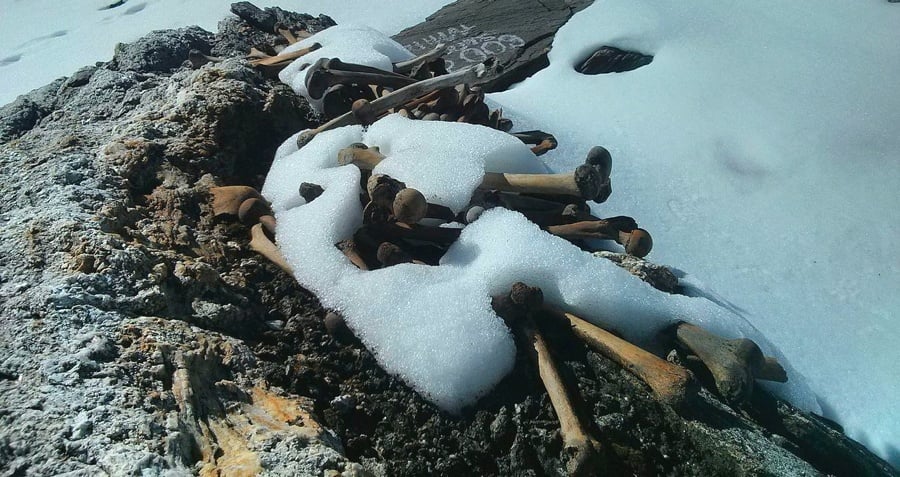 Finally in 2004, Niraj Rai and Manvendra Singh, geneticists at the Center for Cellular and Molecular Biology at Hyderabad, used DNA evidence to solve the mystery once and for all.

The skeletons, which were dated back to sometime around 850 AD, were found to be composed of two different groups of people. One group consisted of a family or perhaps tribe of related individuals, while the other were found to be unrelated, and measured physically smaller and shorter than the rest.

Further studies revealed that 70 percent of the group originated from Iran, suggesting that the rest were locals hired to guide this large group of pilgrims through the valley. Leather shoes, rings, and spears found in the lake, some of which can still be seen today, further reinforce the theory that the smaller group was there to lead the rest.

Perhaps the most curious discovery made at Roopkund Lake? The cause of death: various blows to the head.

All of the skulls found in the watery grave revealed short, deep cracks, which — unlike those formed as the result of forced trauma caused by a weapon — were likely the result of something smaller and rounded. The upper bodies of the skeletons examined showed such wounds on the shoulders as well, suggesting that the blows were delivered from above the body.

This discovery led researchers to conclude that the entire 200-person expedition was lost to a freak hail storm, which yielded cricket-ball sized hailstones. 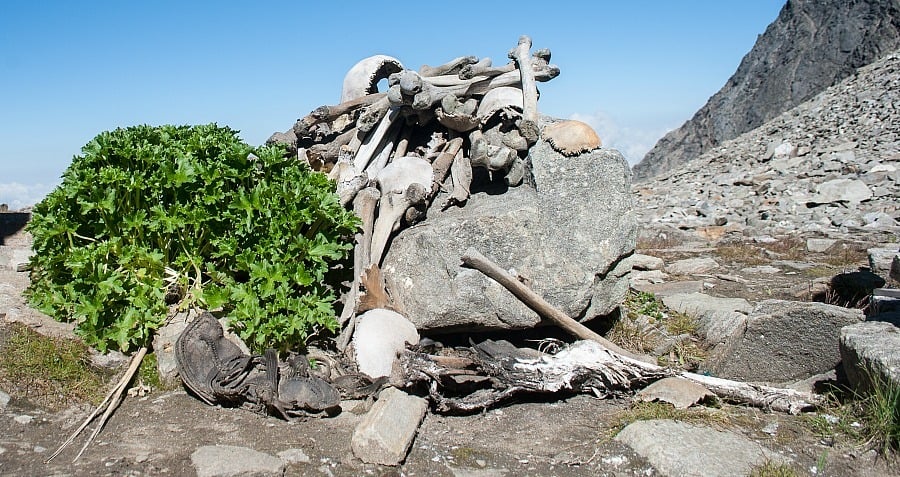 This resolution, although certainly bizarre, actually makes perfect sense. Trekking through a valley with nowhere to seek shelter, a massive hail storm could certainly result in head trauma so severe it could lead to death.

The lyrics of a Himalayan folk song even describe a goddess who pummeled any outsiders who defiled her mountain with hailstones as “hard as iron,” leading some to believe the ancient deity was merely delivering a just punishment to those who dared to defy her.

The skeletal remains of these fallen explorers can still be seen at Roopkund Lake, although skeletons have disappeared over time, and are expected to continue to do so.

Government agencies have made strides in developing the area into an eco-tourism destination in an effort to protect and conserve any remaining skeletons, however, no roads currently lead to Roopkund Lake and the ancient remains are only visible during the one-month period that the lake is thawed out.

Intrigued by this look at Roopkund Lake? For more mysteries hidden beneath the ice, check out the tale of John Torrington and the Franklin expedition. Then, take a look at the five greatest mysteries of human history.