From John The Babymaker to Charles The Bald, the nicknames given to these leaders spoke volumes about their traits, as well as how much they were loved or hated. 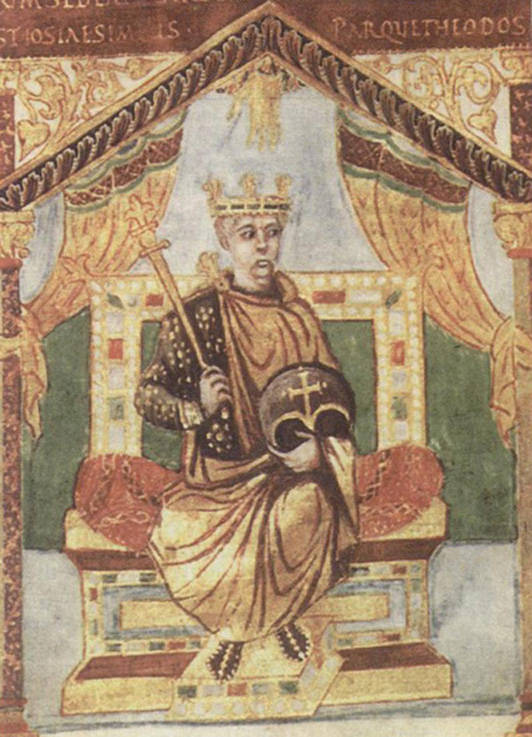 Charles was the King of West Francia, the King of Italy, and Holy Roman Emperor from 875–77 (as Charles II). A grandson of Charlemagne, he actually wasn’t bald - it’s an ironic epithet because he was actually quite hairy.Wikimedia Commons 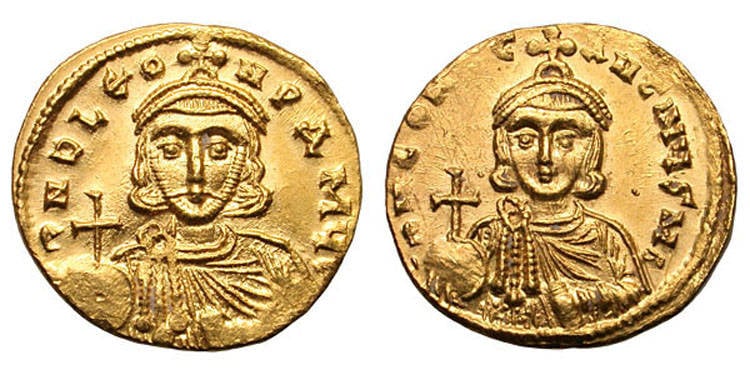 Constantine V was Byzantine emperor from 741 to 775. His enemies spread the rumor that he defecated in his baptismal font and swaddling cloth when he was a baby. Pretty weak diss, but these enemies had just recently been betrayed by Constantine, so maybe calling him a poo-poo butt was the best they could do on such short notice. Wikimedia Commons 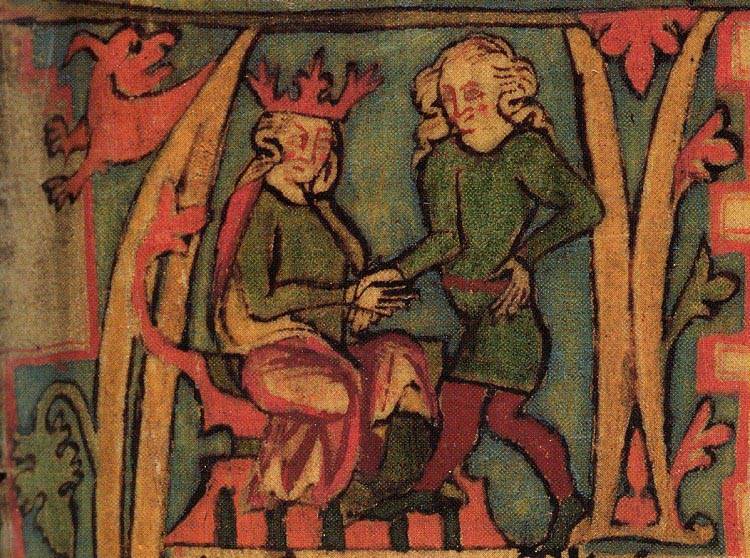 Harald Fairhair is remembered by medieval historians as the first king of Norway; reigning from 872 to 930. Legend says that Harald refused to cut his hair until he was named king. This took about 10 years, so in a time of already questionable hygiene, it’s presumed he carried a louse or two … thousand.Wikimedia Commons 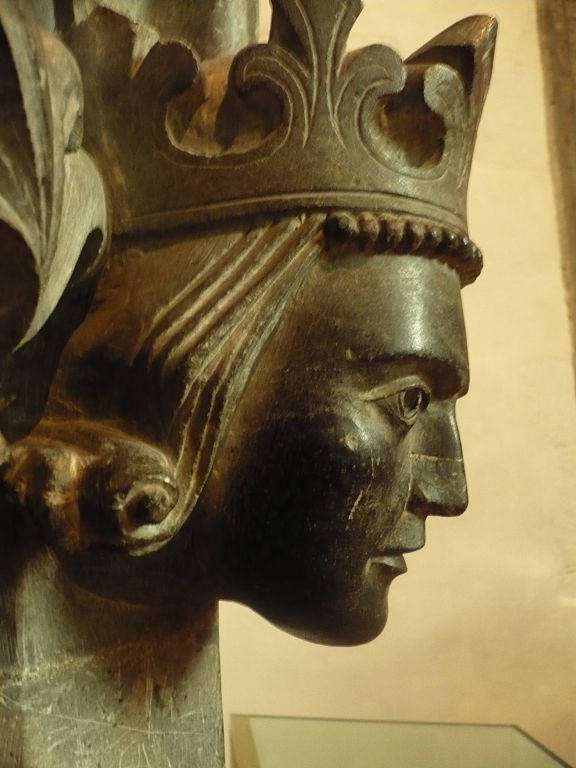 Eirik Magnusson, or ‘Eirik the priest hater’ was the King of Norway from 1280 until 1299. As can be implied, Eirik had stressed relations with the church.Wikimedia Commons 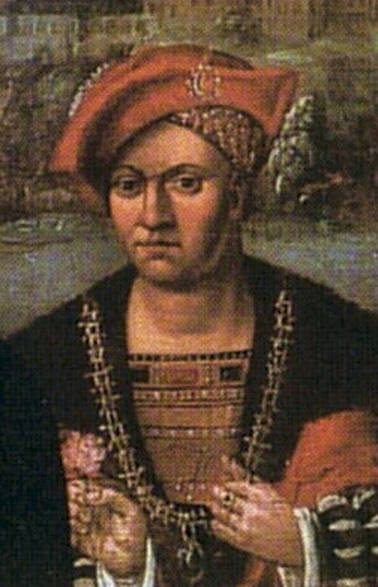 John II ruled Cleves from 1481 until his death in 1521. He fathered sixty-three illegitimate children before his marriage, and three ‘legitimate’ kids during his marriage to Anna of Katzenelnbogen.Wikimedia Commons

William The Greatest Debauchee Of The Age 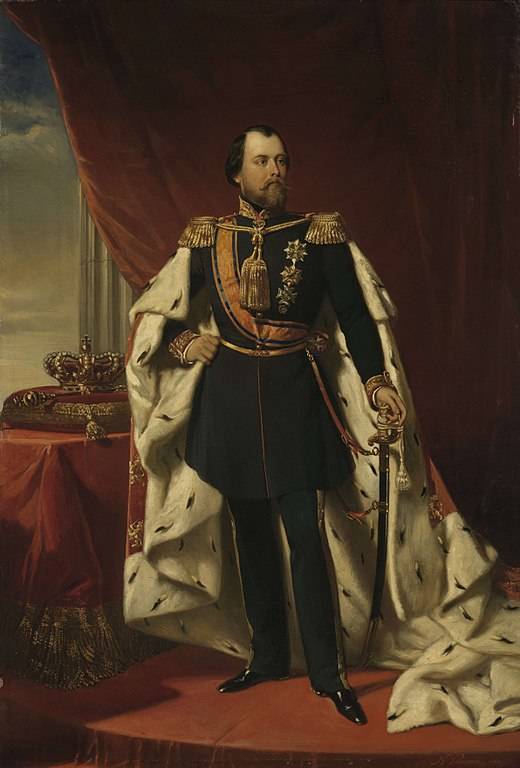 William III was King of the Netherlands and Grand Duke of Luxembourg from 1849 until his death in 1890. He also had what you could call ‘an enthusiasm for extra-marital relations.’ It was apparently The New York Times who first called him 'the Greatest Debauchee.' I wonder if they’d forgotten about John the Babymaker. Wikimedia Commons 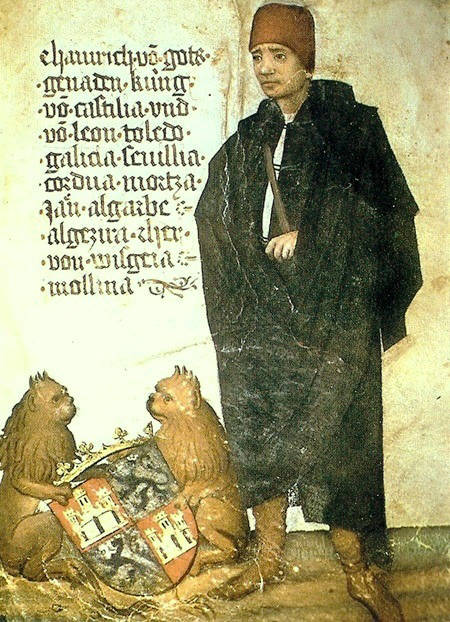 Henry IV ruled Castile from 1454 to 1474. Henry claimed impotence as he never consummated his 13-year marriage to his cousin/wife Blanche. Local prostitutes, however, said he was just fine. Nevertheless, Henry blamed a curse and married another cousin who did birth a daughter, but rumor has it he wasn't the father. Then again, the chronicles of Henry’s reign were rewritten by his half-sister, so... history is complicated. Wikimedia Commons 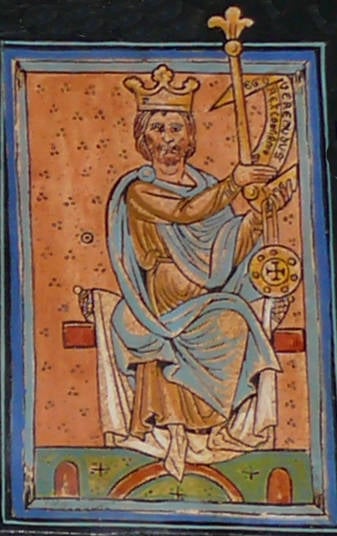 Bermudo II the Gouty was first a king in Galicia, a political entity in southwestern Europe, from, and then king of the entire Kingdom of León until 999. Obviously, he suffered from gout - a complex form of arthritis. It got so bad in later years, he couldn’t even ride his horse. Wikimedia Commons 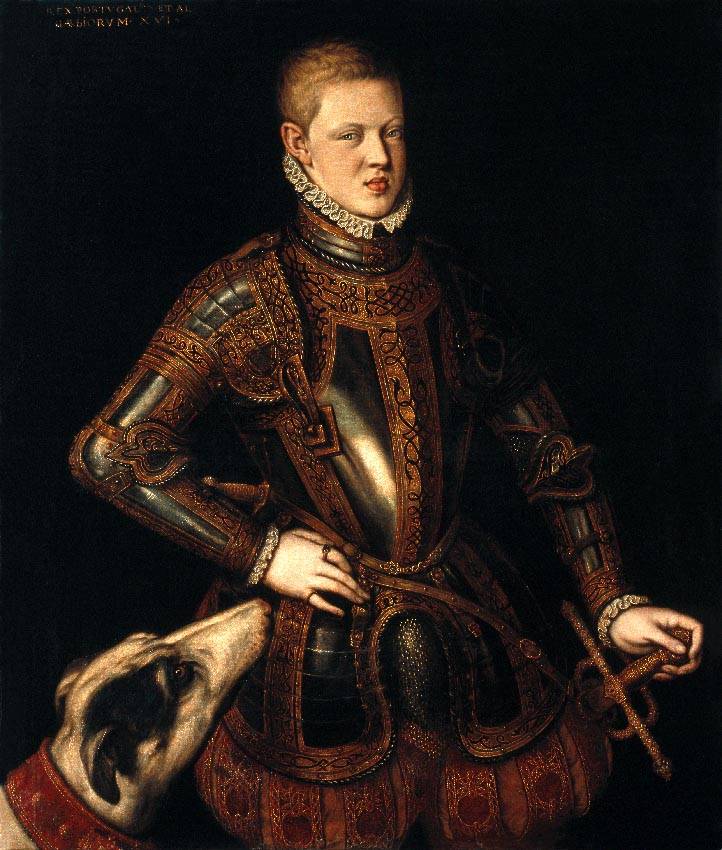 Sebastian I was the ruler of Portugal and the Algarves from 1557 to 1578. In Sebastian’s defense, he was literally a baby at his coronation. Later in his twenties, he was tall, slim, and blonde; but also was a devout Jesuit, and the only seemingly available women were his relatives. He never married and died young in battle. It was just never in the cards for Sebastian.Wikimedia Commons 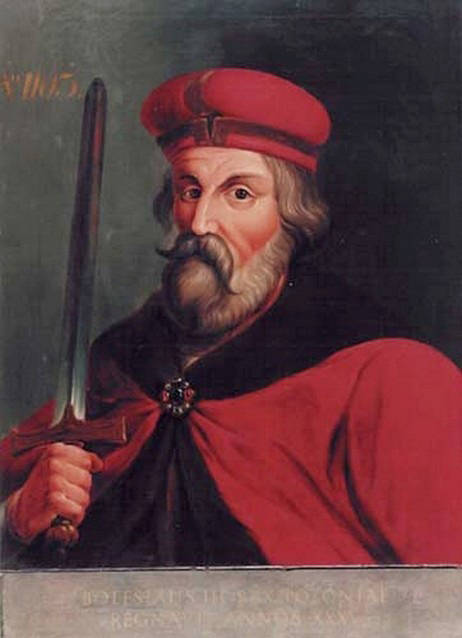 Between 1107 and 1138, Bolesław III served as a Duke of Lesser Poland, Silesia, and Sandomierz and ruled all of Poland. It was written, “He had a mouth on one side slightly bent, and for this he was called Wrymouth; however, this is not marred his face, and even added to him some charm.”Wikimedia Commons 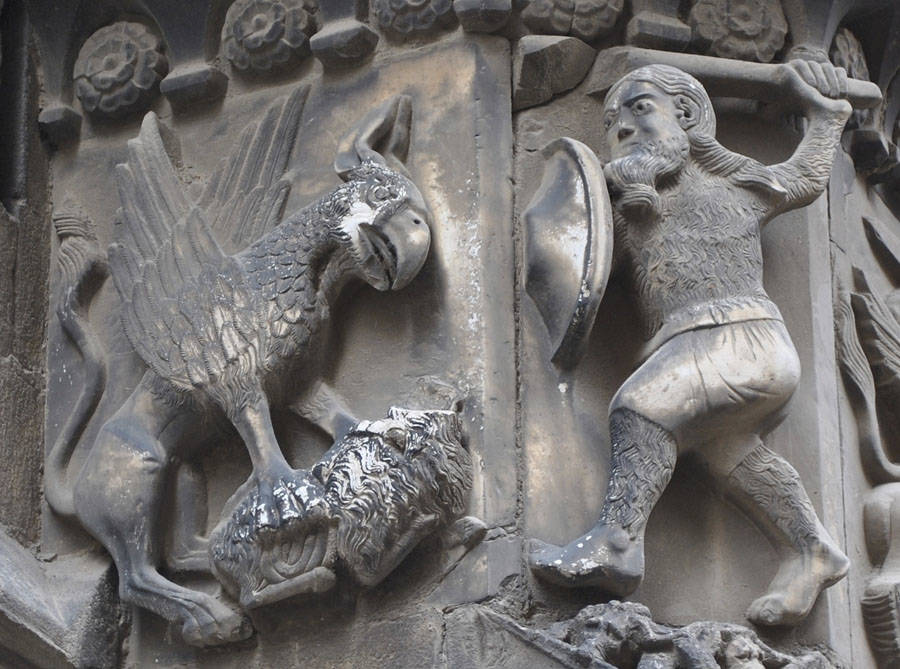 Wilfred ruled as Count of Urgell and Cerdanya from 870, Barcelona, Girona, and Besalú from 878, and Ausona from 886. To see this sculpture of Wilfred on the Cathedral of Barcelona should explain the nickname; the guy looks like he’s literally wearing a bodysuit made of hair.jasonmkelly/Flickr 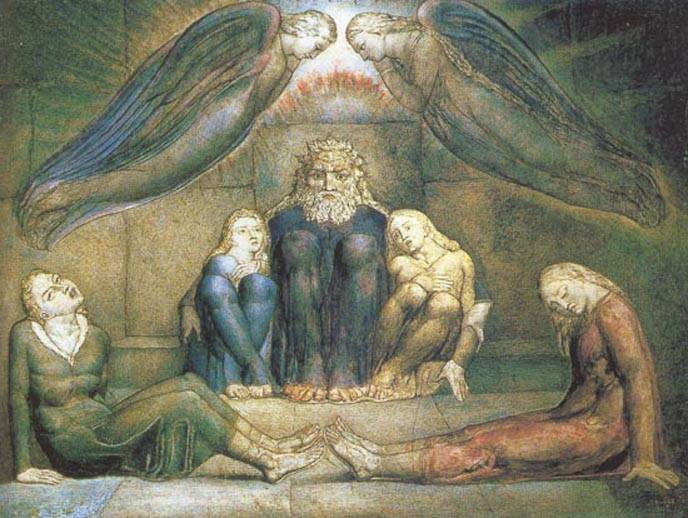 Ugolino della Gherardesca was the 13th Century count of Donoratico, and an Italian nobleman and politician. Frequently accused of treason, his tale is told in Dante’s Divine Comedy. Long story short, it’s said that he cannibalized his own children while they were imprisoned together - but later forensics discredited it. Though the committing of some ‘light’ cannibalism did make for the better story. Wikimedia Commons 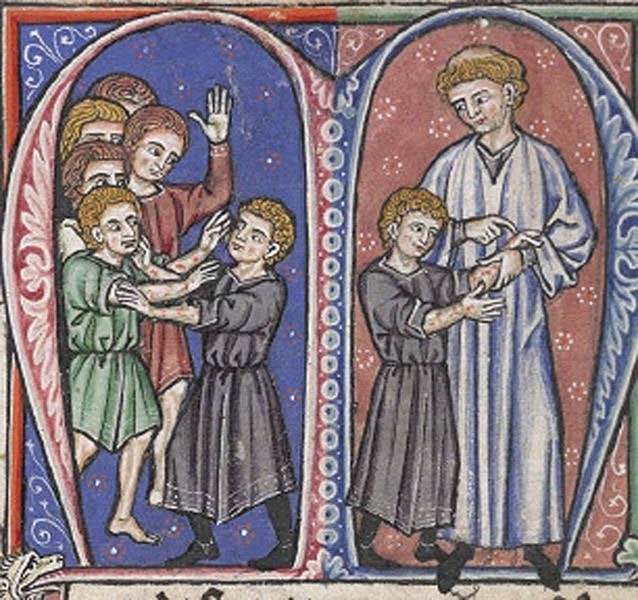 Baldwin IV - the Leper King reigned as King of Jerusalem from 1174 until his death. He was diagnosed with leprosy as a child when he realized he could not feel pain while playing with friends.Wikimedia Commons 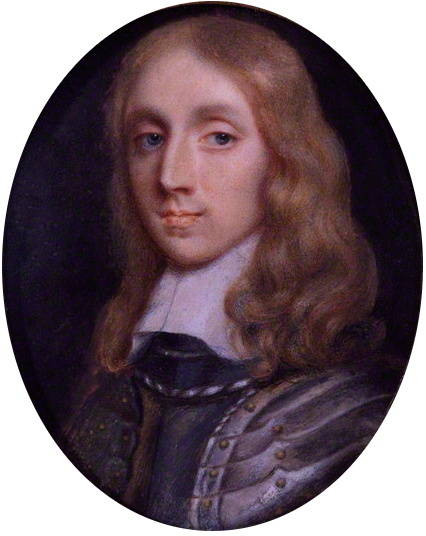 Richard Cromwell was Lord Protector of England, Scotland, and Ireland from 1658 – 1659. When his father and predecessor Oliver Cromwell died, Richard found out that same day that he was taking over the position. He lacked military credentials and was generally unliked and was deposed a year later, earning him satirical names such as ‘Queen Dick’ and ‘Tumbledown Dick.’Wikimedia Commons 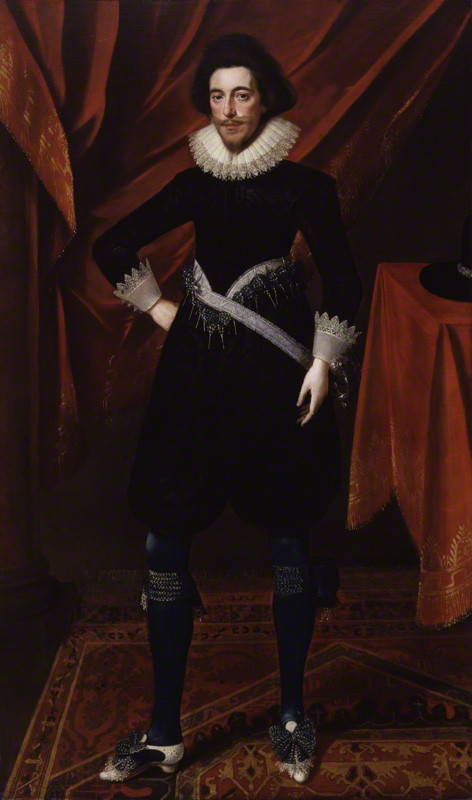 Robert Devereux, 3rd Earl of Essex, was an English Parliamentarian and soldier during the first half of the 17th century. He was married at age 13 (to a wife who was 14), then immediately shipped out on a European tour for two years. Upon his return, he found his wife was having an affair, and Robert blamed it on his impotence, which made him a laughing stock at the divorce hearings. He got revenge, though - when his ex and her new husband were brought up on murder charges, Robert was in the jury and sentenced them to execution.Wikimedia Commons 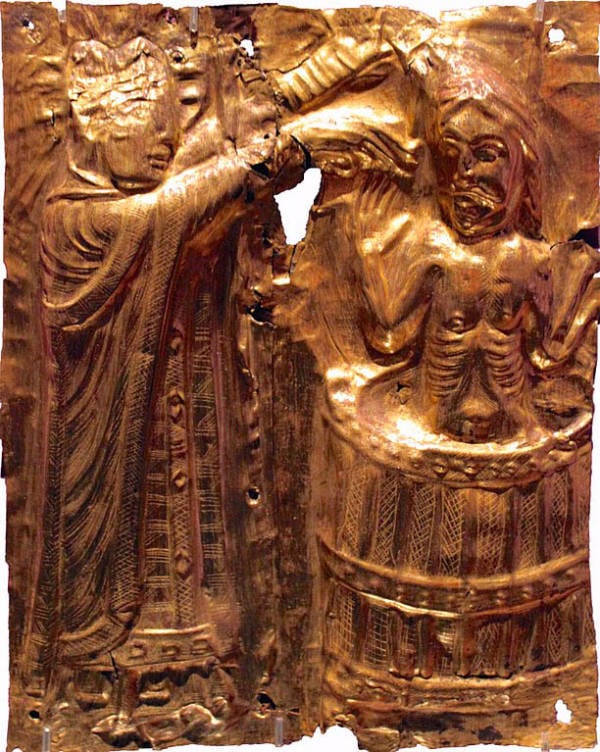 Harald "Bluetooth" Gormsson was a king of Denmark and Norway that reigned from 958 to 986. The most probable and accepted explanation for the name is that the king just had a dead or dark-colored tooth that appeared blue. What’s interesting is that the modern-day 'Bluetooth' logo consists of his initials - represented by the symbols from a Scandinavian runic alphabet H (ᚼ) and B (ᛒ).Wikimedia Commons 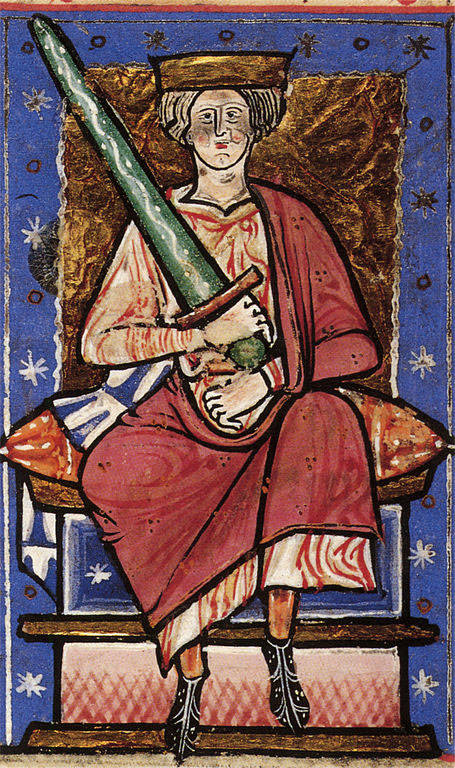 Ethelred the Unready was king of the English off and on until 1016. His nickname doesn’t derive from the modern word ‘unready,’ but instead, the Old English unræd meaning "poorly advised." It is a pun on his name, which means ‘well-advised.’Wikimedia Commons 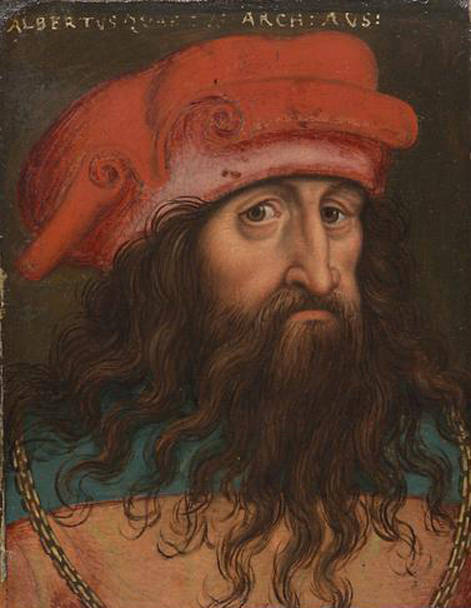 Albert IV of Austria was a Duke from 1395 until 1404. It’s not immediately obvious why he was given the nickname of ‘peculiar,’ but history has it that he fought with his family a lot, so maybe it was a nod to his black-sheep status. Also, not to judge, but he just looks like he might have fit the bill.Wikimedia Commons 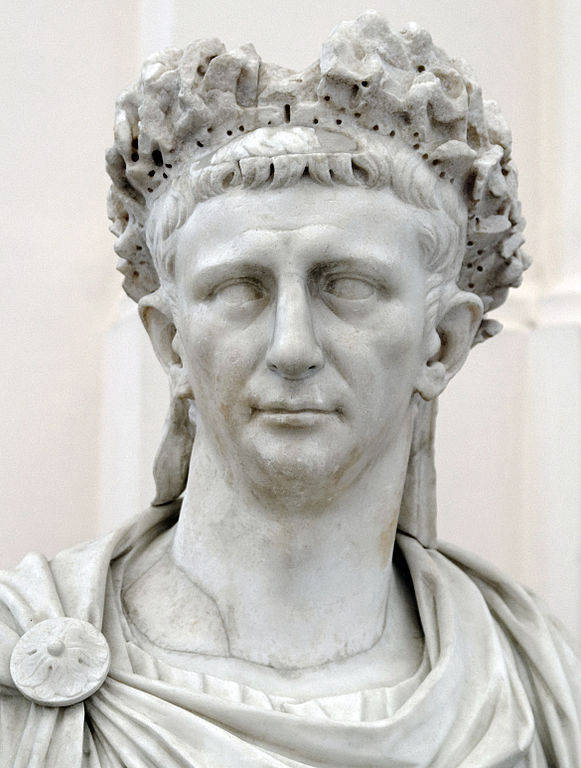 Tiberius Claudius Caesar Augustus Germanicus was Roman emperor from 41 to 54. He was also uncle to the famed Caligula. Stammering wasn’t Claudius’s only issue; he also had a limp, slight deafness, and he slobbered quite a bit when angry.Wikimedia Commons 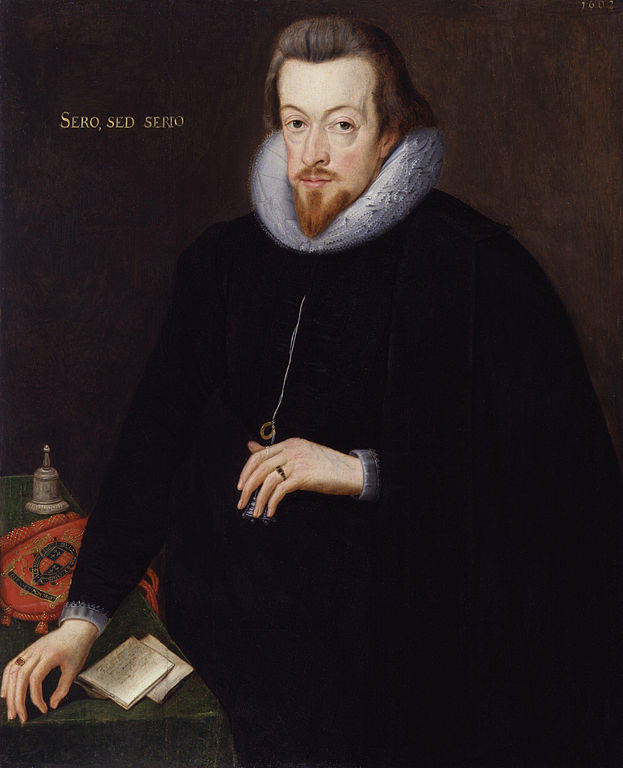 Robert Cecil was an English statesman noted for his skillful direction during the Union of the Crowns; serving from 1596–1612. He was also the main discoverer of the Gunpowder Plot, which led to Guy Fawkes’ arrest on Nov. 5, 1605. Unfortunately, Robert was also short (5’4”) and had a hunchback, which prompted King James I of England to nickname him "my little beagle."Wikimedia Commons 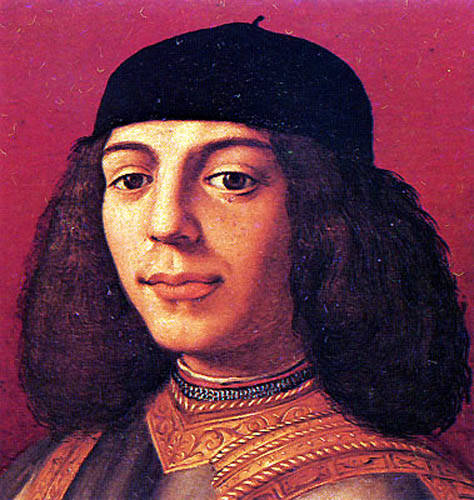 Piero di Lorenzo de' Medici was the Gran maestro of Florence from 1492 until 1494. He was feeble, arrogant, and undisciplined - but because his dad was named Lorenzo the Magnificent, he was given a chance at leadership. Spoiler alert - he blew it, and the city of Florence looted the family castle and exiled them all. Wikimedia Commons

Roderic The Last King of The Goths 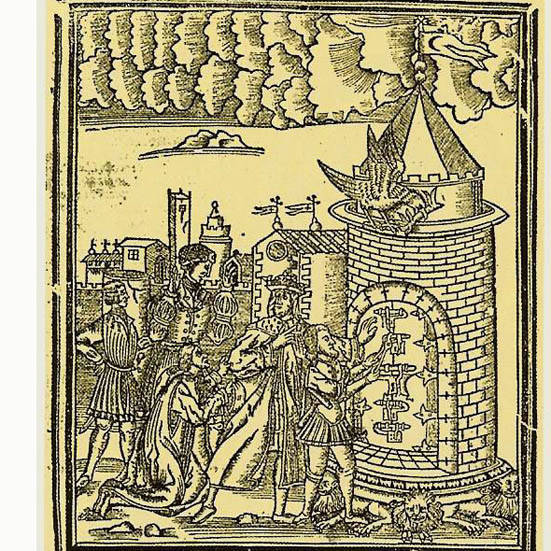 Roderic was the Visigothic King of Hispania for a brief period between 710 and 712. He is actually of little historic significance (take away the legend that he raped Florinda, the daughter of Count Julian). However, we can probably all agree that his nickname, ‘the last king of the Goths,' would make an excellent band name. Wikimedia Commons 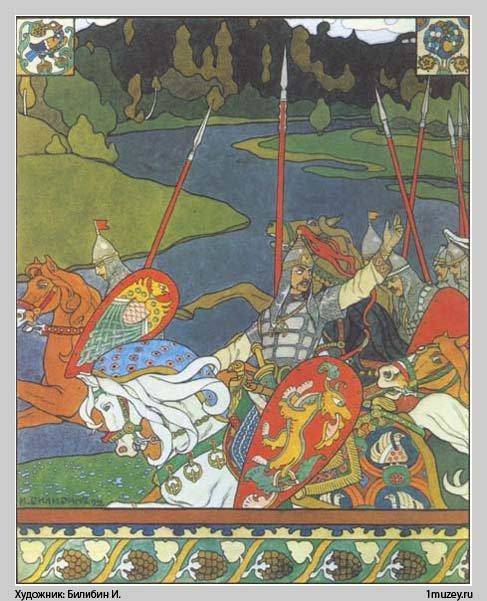 Vseslav of Polotsk was ruler of Polotsk and briefly Grand Prince of Kiev from 1068 to 1069. According to a history book, Vseslav was conceived by sorcery and was born with what’s essentially a wad of placenta stuck to his head. In their wisdom, sorcerers instructed his mother that it should stay there, because it’s good luck. Oh, and in another book, he’s a werewolf. Eh, the placenta story is more interesting. Wikimedia Commons 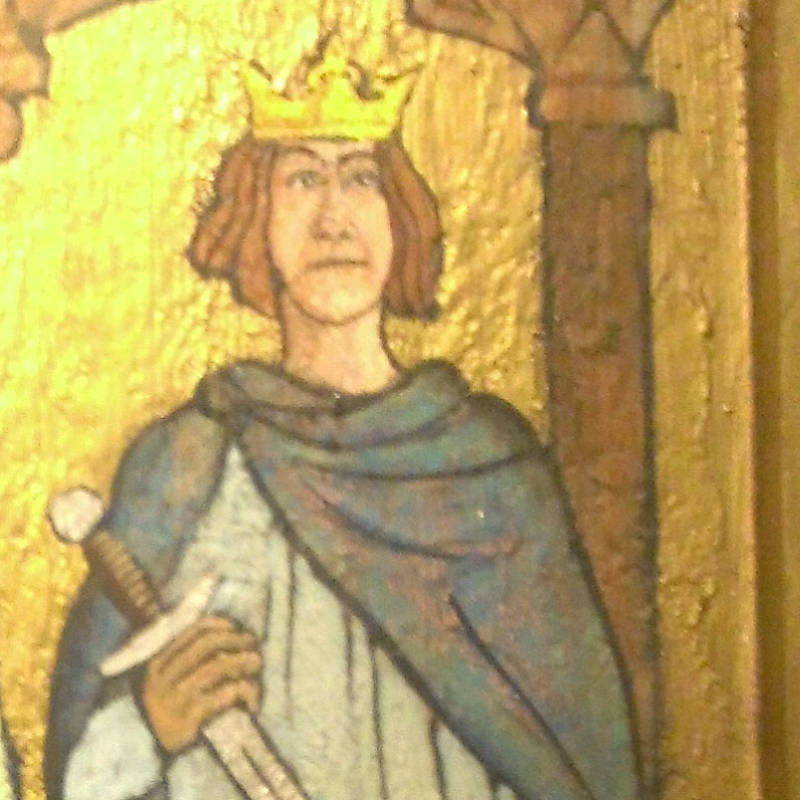 Lulach mac Gille Coemgáin was nicknamed "the Simple-minded" or "the Foolish," yet he still managed to be King of Scots 1057. The stepson of Macbeth, Lulach was the first king in Scotland that there are coronation details for - but his reign was weak, and he was assassinated less than a year into the job.Wikimedia Commons 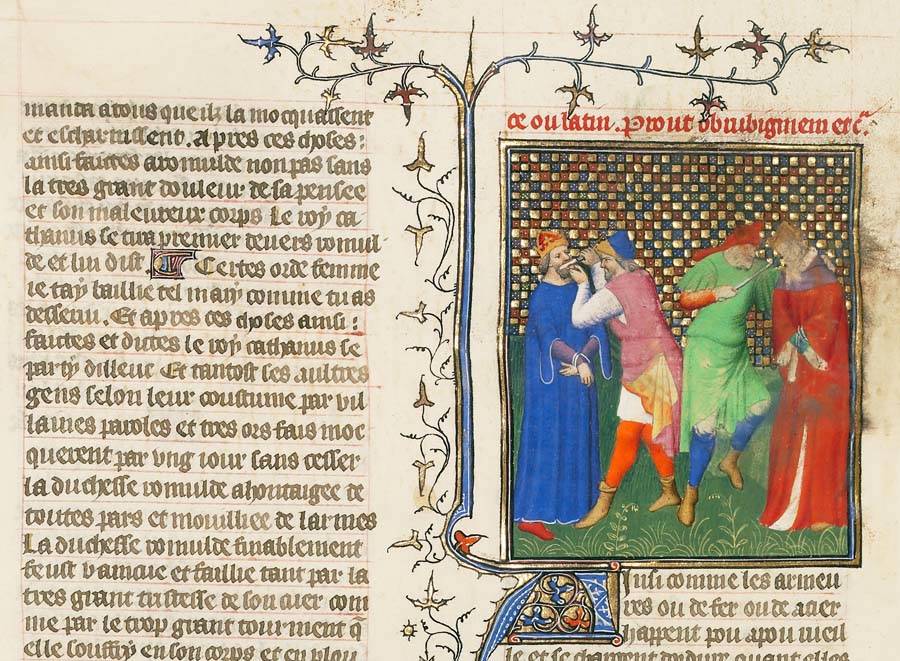 Justinian II "the slit-nosed" was the last Eastern Roman Emperor of the Heraclian Dynasty. He reigned from 685 to 695; acquiring the throne at age 16. Justinian reacted poorly to opposition, (did I mention he was 16?) and lacked the charm of his father who ruled before him. He started enacting policies that everyone hated so much, they deposed him and had his nose cut off.Wikimedia Commons

Do you have a nickname you wish would just go away? It's probably not as bad as you think, at least compared to these royal doozies. Whether or not they deserved the epithets given, that's up to history to confirm or deny. One thing's for sure: medieval guys perfected the art of the nickname and they sure had a weird sense of humor and irony.

The royal titles and nicknames assigned to these leaders spoke volumes about their defining traits, not to mention how much their subjects respected - or despised them. Most of them are also pretty hilarious.

While you're here, check out the origins of the nickname Smart Aleck and find out what the heck the medieval dancing plague was.