Sada Abe loved Kichizo Ishida so much that even after murdering him, she kept his most prized "tool" as a keepsake. 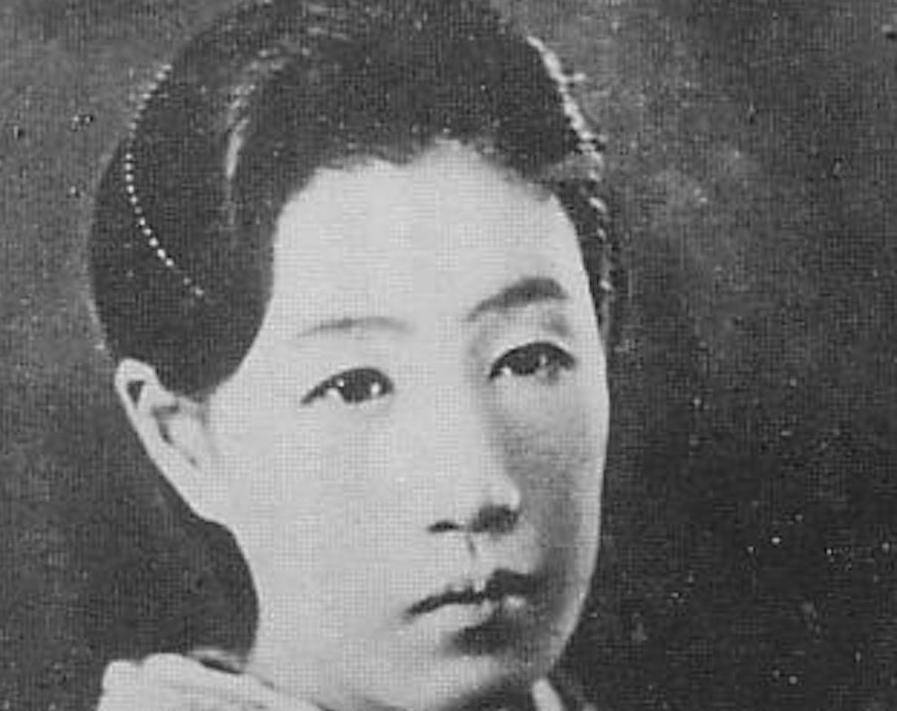 On April 23, 1936, Sada Abe and Kichizo Ishida checked into a hotel in Tokyo. The plan was for a short liaison. Ishida, after all, had a wife to get back to. But the afternoon turned into night, then into the next morning. And for the next four days, Abe and Ishida stayed in bed engaged in frantic lovemaking.

There’s no doubt the two were passionate for each other. They refused to stop having sex even when the hotel’s maids entered the room to bring tea.

Unfortunately for Ishida, that passion was about to become deadly.

Before The Murder Of Kichizo Ishida

Ishida had met Abe just two months before when he hired her to work as a waitress at his restaurant. Abe was fleeing a life in sex work. Her parents had forced her into working as a Geisha as a form of punishment for having had several lovers when she was a teenager.

But Abe found the organized life of a Geisha stifling and began working as a government-licensed prostitute. After getting into trouble for stealing from clients, Abe escaped the licensing system and found work in an illegal brothel in Tokyo. However, after the brothel was raided by the police, Abe struck up a relationship as a paid mistress to one of the brothel owner’s friends. 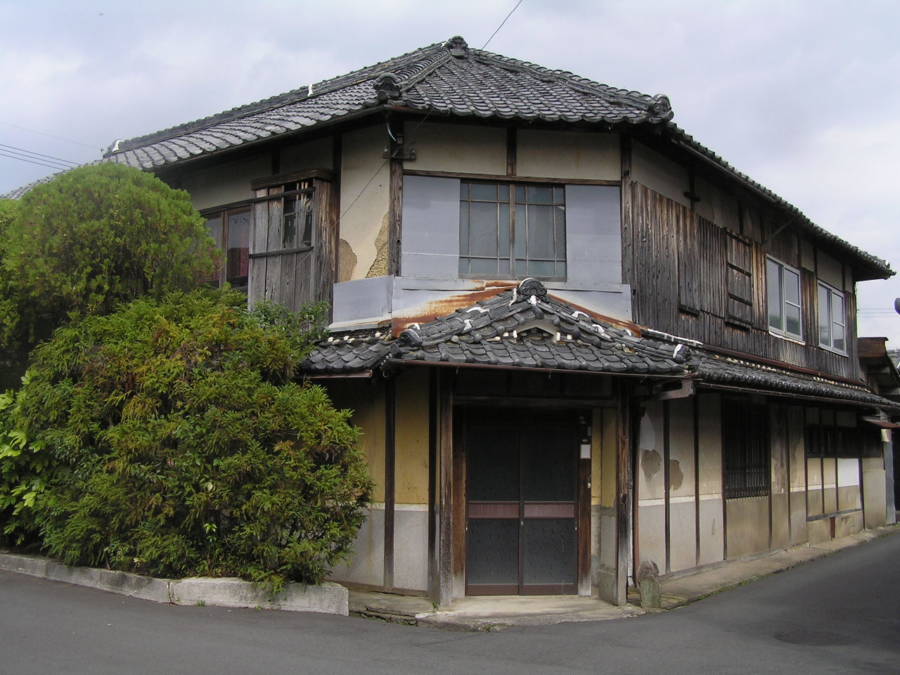 Upset with the way the man treated her, Abe decided to leave prostitution for good and took up work at a restaurant specializing in eel. The owner of the restaurant, Ishida, soon took a liking to Abe. The feeling seems to have been mutual, and Abe fell passionately in love with Ishida.

But after their extended hotel stay, Ishida returned to his wife. Abe became intensely jealous and began drinking heavily. In May, Abe purchased a kitchen knife and threatened to kill Ishida. Surprisingly, Ishida seemed more intrigued than terrified. 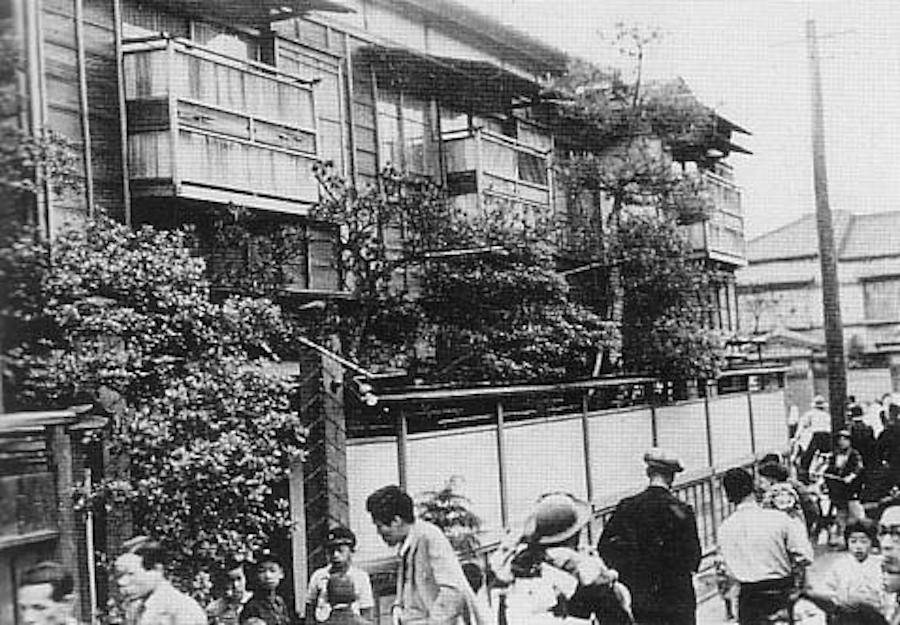 Ishida and Abe rekindled their affair, this time incorporating the knife. During one sexual encounter, Abe placed the tip of the knife at the base of Ishida’s genitals, threatening to cut them off if he went back to his wife again.

Abe seems to have understood it was a joke, but the idea had been planted deep in her subconscious. Two days later, Abe strangled him again as he slept. This time, she didn’t stop until he was dead.

“After I had killed Ishida I felt totally at ease, as though a heavy burden had been lifted from my shoulders, and I felt a sense of clarity,” she later told police.

With the kitchen knife, she then severed his genitals and carefully wrapped them in paper. Using Ishida’s blood she wrote, “We, Sada and Ishida, are alone,” on his thigh. Finally, she carved her name into his arm with the knife and checked out of the hotel, taking Ishida’s penis with her.

The Pursuit Of Sada Abe 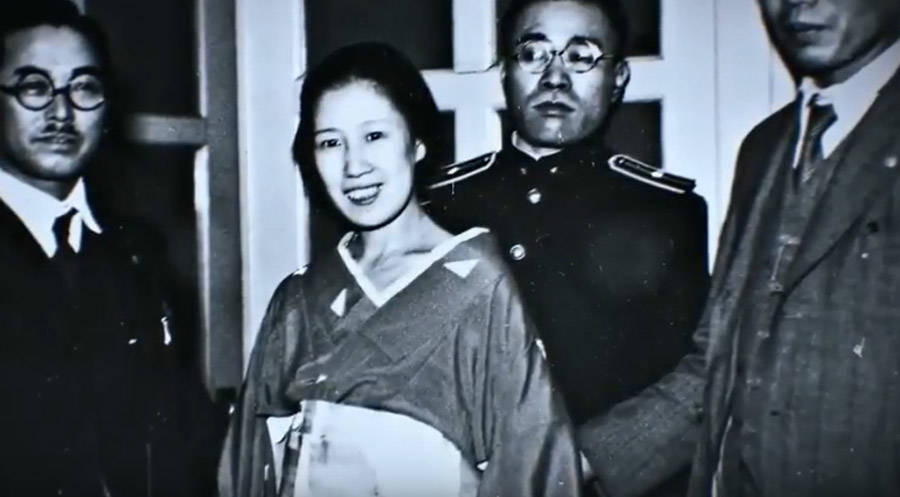 The hotel staff soon discovered Ishida’s body and the cryptic message. The story immediately hit the press and national panic erupted as the hunt for Abe began.

Reports from around the country came in that Abe had been sighted and a crowd in one neighborhood caught wind that she might be nearby and stampeded, blocking traffic.

Meanwhile, Abe was casually shopping in Tokyo and had also caught a movie. On May 20, she checked into a hotel under a fake name, where she spent the day writing farewell letters to her friends. She was planning to kill herself by leaping off of a mountain by the end of the week.

In the meantime, she wanted to have sex with Ishida one more time. She unwrapped the severed penis and put it in her mouth. Next, tried to stick it inside herself several times before eventually giving up.

“I wanted to take the part of him that brought back to me the most vivid memories,” Abe later recalled.

Meanwhile, the police were closing in on her. Detectives tracked her down to the hotel she was staying in and knocked on her door. Abe invited them in and admitted her identity, offering the severed genitals as proof.

When she was arrested, the police asked Abe why she killed her former lover to which she replied:

“I loved him so much, I wanted him all to myself. But since we were not husband and wife, as long as he lived he could be embraced by other women. I knew that if I killed him no other woman could ever touch him again, so I killed him …”

She was soon put on trial as curious crowds gathered outside the courthouse. Abe asked to be executed, but the court sentenced her to just six years. The sentence was eventually commuted and Abe walked free after serving five years in prison.

She tried to keep a low profile at first, but the attention her case attracted persisted after her release. Taking advantage of the notoriety, she gave interviews and a book titled autobiography while a movie titled A Woman Called Sada Abe was made of her story. But eventually, she returned to work as a waitress. For the next 20 years, Abe remained a model employee. Then one day in 1970, she disappeared.

There’s no record of Abe after this point. Some believe that she retreated to a nunnery where she lived out the rest of her days. But her ultimate fate is a mystery, adding another perplexing question in the bizarre case of Sada Abe.

As for Ishida’s genitals, after the trial, his penis and testicles were moved to Tokyo University Medical School’s pathology museum for public display. Then, sometime after World War 2, they mysteriously vanished much like Sada Abe herself.

Enjoy this look at Sada Abe? Next, read about how Aileen Wuornos became history’s most terrifying female serial killer. Then learn about how Barbara Daly Baekeland tried to cure her son’s homosexuality with incest.