Everybody knows that one jerk who's always bright and chipper and who never has a bad word to say about anybody else. Saint Philip was one of those. 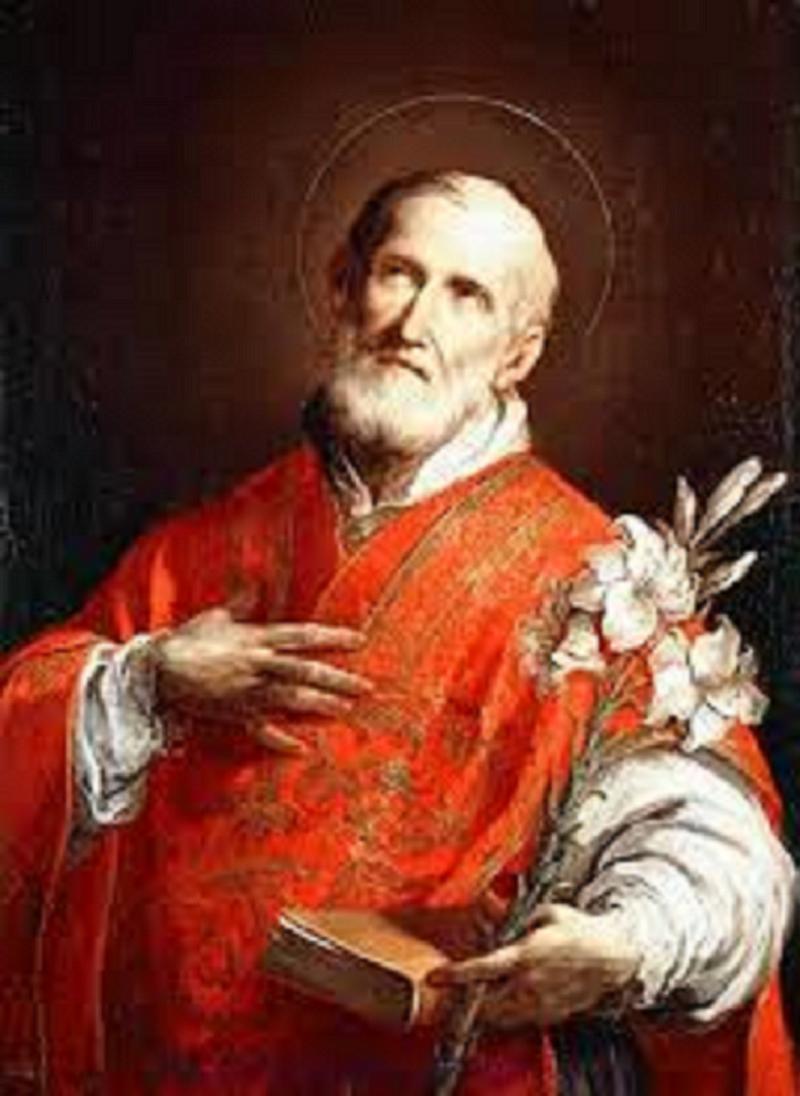 Everybody knows that one jerk who’s always bright and chipper and who never has a bad word to say about anybody else. Everything these people do seems calculated to make the ordinary sinners around them look bad, especially since they’re not actually trying to make others look bad. 16th-century Rome was the last place on Earth you’d expect to find one of these people.

Renaissance Rome was such a moral cesspit that Martin Luther was moved to start the Reformation after a week-long trip to see it, but that’s just where Saint Philip Neri plopped himself down and started being all holy and crap. Worse, he had a sense of humor and seems never to have failed at anything he tried. All his life, power and positions of trust were practically thrown at him, only for him to hand much of it back with a humble “no thanks,” like the royal pain he was. 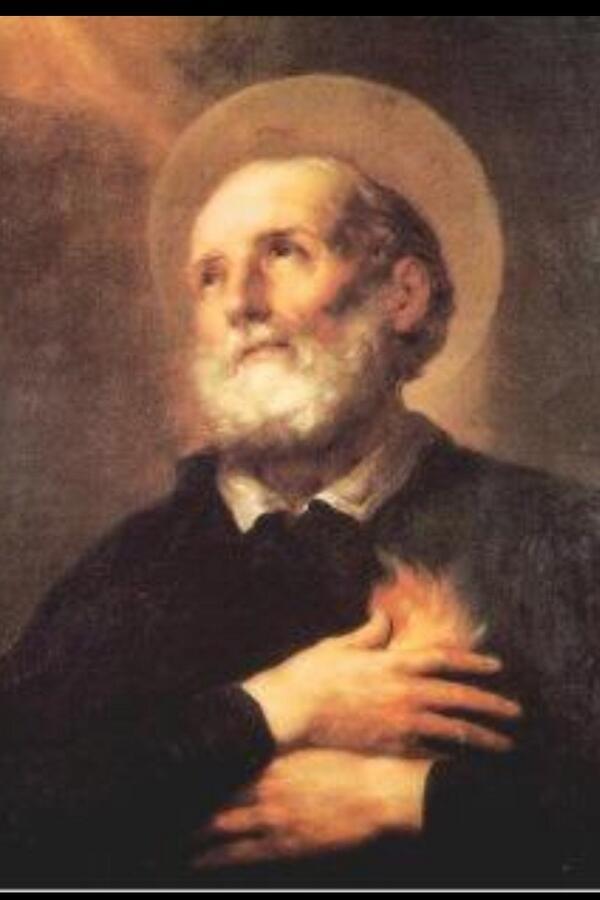 Philip Romolo Neri was born the son of a noble family in Florence in 1515. In those days, Florence was at the pinnacle of Renaissance glory, and it had a reputation of being the biggest den of sodomy and vice in Europe, thanks to all the artists and sculptors who had spent the 15th century there. The city had style, it had money, and it had plenty of power. Just the right time and place to be born as an aristocratic playboy.

Indeed, Philip’s father sent him to learn his uncle Romolo’s business and maybe refresh the family fortune by taking over his very successful trading house. In Renaissance Italy, buttering up rich relatives was a growth industry, and it’s conceivable that Philip (note his middle name) was raised to do just that.

Of course, just going to Monte Cassino and enjoying the life of a wealthy Italian merchant was unworthy of our hero, so naturally he spent most of his time hunkered down inside San Germano’s catacombs meditating, praying on behalf of others and hoping to make contact with the Divine. Some people wait their whole lives for the latter. For Philip, that took about a month. God entered the catacomb as an orb of light, flew down Philip’s throat, and made him declare for a church ministry then and there. Still only 18 years old, Philip split for Rome, where he was pretty sure he was needed. 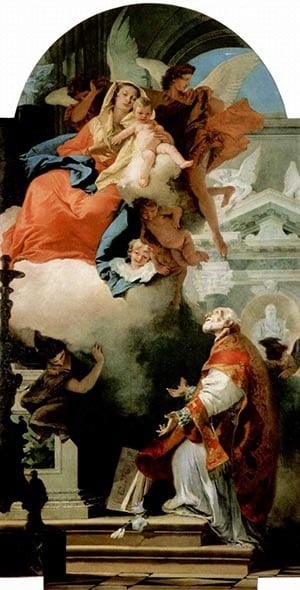 This is him, explaining to the Virgin Mary that he’s got to go wash lepers’ feet or something. Source: Blogspot

No sooner had Philip arrived in Rome than he made the very fortunate acquaintance of a fellow Florentine aristocrat named Galeotto Caccia. Under Caccia’s patronage, Philip studied at the finest Augustinian schools before he just sort of stumbled into a friendship with Ignatius Loyola, future saint in his own right and founder of the Jesuit order. This put Philip in touch with the biggest movers in Roman politics, connections he used to . . . begin ministering to the poor and the sick. Also, he spent a lot of time with prostitutes, just like Jesus. Bear in mind, Philip did this for 17 years without being ordained a priest, so he was basically being a saint in his free time.

Not satisfied with mere personal saintliness, in 1548 Philip incorporated as the chairman of the board of Saints Inc., also known as the Confraternity of the Most Holy Trinity of Pilgrims and Convalescents, a name which is somehow even longer in the original Italian. He did some pretty fine missionary work during this time; at one point physically hurling a condemned man against a wall and demanding that he confess his sins before the execution.

It was around this time that church authorities realized that the “Apostle of Rome,” as Philip was being called, was not only making them look bad, but he wasn’t even a priest. So, like that time Elvis Presley took up karate and became a black belt in six weeks, Neri took all of the minor orders in 1551 and accepted the priesthood that spring. Then he immediately went back to administering the Gospel his own way like the (literally) sanctimonious workaholic he was. 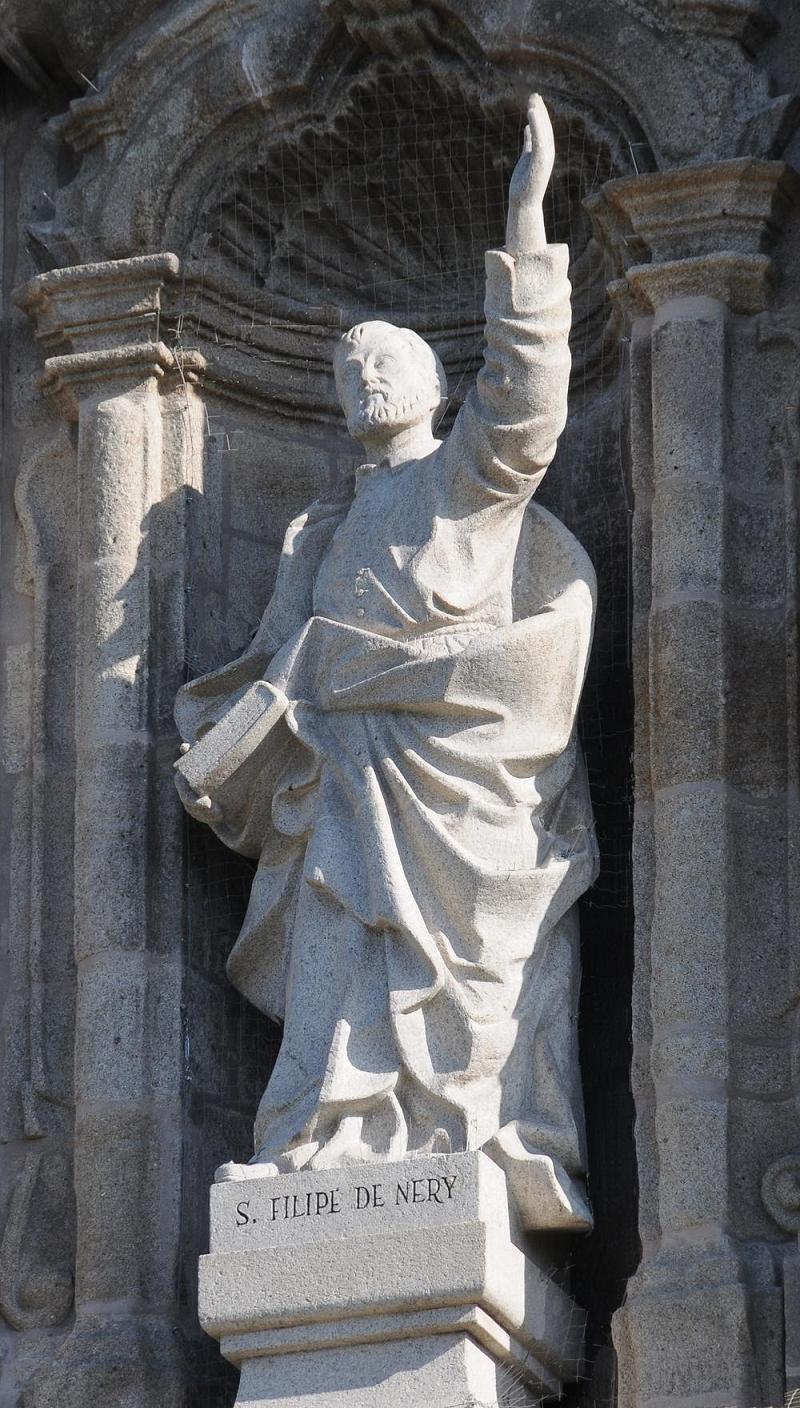 During his ministry, Philip demonstrated a quirky, unpredictable nature. He often invited young men he met at confession back to his apartment for evening prayers; private conclaves which eventually grew into regular study groups, which in turn became the Oratory, a kind of militant soul-winning shock force that would eventually produce at least three cardinals from among the sinful boys Philip counseled.

Philip became the head of his own lay order, which met with immediate success, because of course it did, and was nominated to act as the order’s head for life. Rather than exercising total authority over the order, Philip declined control of the field missions, preferring to leave them under local control but branded with his own order’s rules and icons. American readers will recognize this as substantially the same business model followed by McDonald’s.

Even still, Philip wasn’t the best boss. When a brother of his order asked for permission to wear a hair shirt, Philip agreed. Then he instructed the member to wear the shirt over his jacket. According to contemporary chroniclers, the penitent was humiliated, but kept wearing the punishment shirt like a dork for a long time after out of sheer stubbornness. Another time, Philip approached one of the subordinate priests (and future cardinals) of his order who had just given a stirring sermon and ordered that he give the same service on each of the subsequent five Sundays so people would think it was his only sermon.