8 People Who Were Brutally Executed During The Salem Witch Trials

In colonial Massachusetts, more than 200 people were accused of being witches and wizards — and 20 of them were killed when they couldn't prove otherwise.

From 1692 to 1693, it didn’t take much to spark suspicion of witchcraft in Salem. Sometimes, it just took town gossip to send victims of the Salem witch trials to the gallows. Other times, it only took a bad dream.

Over the course of that strange year, people living in and around Salem, Massachusetts clamored to charge each other with making deals with the Devil. By May 1693, over 200 people had been accused of practicing witchcraft or wizardry. And 20 unlucky souls had been executed as a result.

Those 20 victims of the Salem witch trials came from all walks of life. All stood accused — for various reasons — of being witches or wizards.

But who were they? And why were they chosen for execution? Here are eight noteworthy “Salem witches” who tragically lost their lives during the trials.

Sarah Good: One Of The First Victims Of The Salem Witch Trials

Sarah Good was one of the first women to be accused of witchcraft in Salem. Considered a social nuisance, Good and her family were essentially homeless. And Good often cursed at people who didn’t give her charity.

So when young girls in town started having violent, unexplainable “fits,” suspicion fell on Good. A doctor claimed that the girls were under an “evil hand.” And the girls said that Good and two other women, Sarah Osborne and Tituba (who was enslaved), had bewitched them.

While Good and Osborne denied the accusations, Tituba confessed. 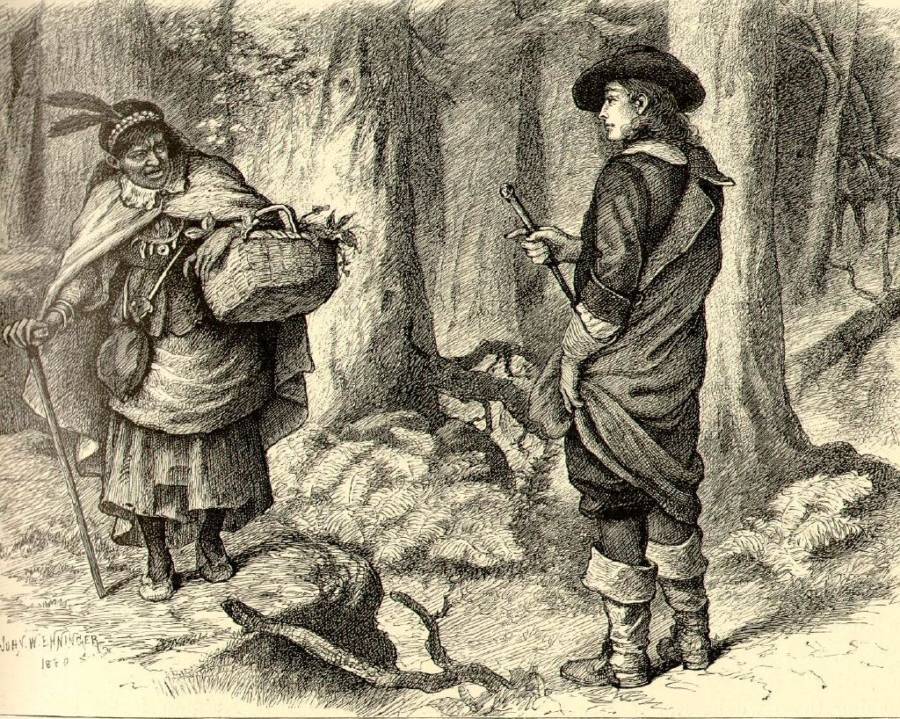 Wikimedia CommonsTituba was one of the first people accused of witchcraft, and allegedly helped spur the hysteria.

“The devil came to me and bid me serve him,” she said. Tituba added that not only were Osborne and Good witches — but they were just two of several witches who lived in or near the area.

Before long, hysteria seized the town. When Good went to trial, even her own husband implied that she was a witch — or at least on her way to becoming one. He said, “I with tears that she is enemy to all good.”

To many in Salem, Good seemed like a believable candidate to make a deal with the Devil. Not only was she a social outcast, but she also didn’t go to church and she wasn’t able to recite any psalms. When a minister asked her to confess to being a witch, Good screamed at him, saying:

“You’re a liar! I’m no more a witch than you are a wizard! If you take my life away, God will give you blood to drink!”

Though Osborne died in jail, and Tituba was later released and sold to another slaveholder, Good was found guilty. On July 19, 1692, she and four other Salem witches were hanged. But they weren’t the first to die.