8 People Who Were Brutally Executed During The Salem Witch Trials 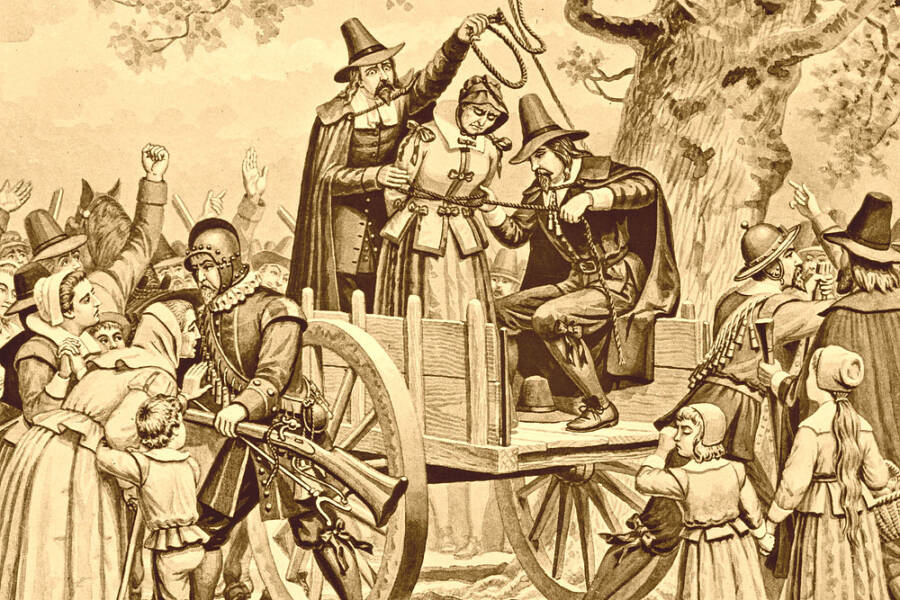 Public Domain“Execution of Bridget Bishop at Salem, 1692.” Illustration by Joseph Boggs Beale. Circa 1885.

Even before the Salem witch trials, many suspected that Bridget Bishop was a witch. Her second husband Thomas Oliver had even claimed as much, saying, “She was a bad wife… she sat up all night with the devil.”

It didn’t help Bishop’s case that Oliver — and her first husband — had died. Oliver’s children had even accused her of bewitching Oliver to death in 1679.

Although Bishop had avoided serious charges of witchcraft in earlier years, she wasn’t so lucky in 1692. That April, the “afflicted girls” in town accused her of bewitching them. And as soon as Bishop walked into court to defend herself, the girls almost immediately went into fits.

“How is it that your specter hurts those in this room?” demanded Magistrate John Hawthorne, referring to the evil spirit that witches could “control.”

“I am innocent to a witch,” Bishop responded. “I know not what a witch is.”

But witness after witness claimed the contrary. Ten of Bishop’s neighbors testified against her, accusing her of everything from sending her specter to attack them, to using poppets (voodoo dolls), to making items disappear.

One account from Bishop’s trial even declared that she caused a board to fall from the Salem meeting house — just by looking at it. And a physical examination of Bishop claimed to have found a “witch’s mark” on her body.

The people of Salem swiftly decided that Bishop was guilty. On June 10, she was brought to Gallows Hill and hanged. Her death warrant reads:

“On June 10, 1692, High Sheriff George Corwin took [Bridget Bishop] to the top of Gallows Hill and hanged her alone from the branches of a great oak tree. Now the honest men of Salem could sleep in peace, sure that the Shape of Bridget would trouble them no more.”

But the people of Salem would find plenty more “witches” to execute. And sometimes, they planned much worse deaths than hanging.