The archaeologists found arrows, hunting blinds, reindeer bones, and "scaring sticks" that were used to guide the animals to their doom. 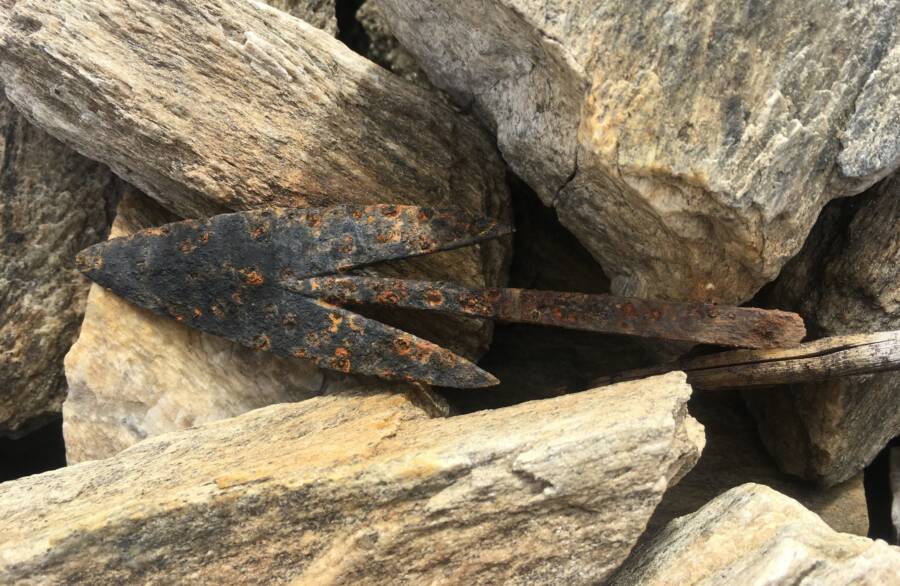 Espen Finstad/Secrets Of The IceA rare arrow discovered by glacial archaeologists on the Sandgrovskardet peak.

As glaciers shrink in Norway, they’ve pulled back the curtain on humanity’s ancient past. Upon the mountainous peak of Sandgrovskardet, glacial archaeologists have found a number of reindeer hunting tools from 1,700 years ago that were once hidden by the ice.

“This was a big hunting location,” noted Espen Finstad, an archaeologist with Secrets of the Ice.

The Secrets of the Ice team first learned about the location in 2013, during an expedition to explore conditions at the site. Then, they noticed a number of items newly uncovered from the melted ice. But they didn’t return to fully document the Sandgrovskardet site until five years later.

“There is a lot of melting going on due to climate change, and we had to prioritize other sites in the short time window for glacial archaeological fieldwork,” explained Lars Pilø, an archaeologist at the Department of Cultural Heritage, Innlandet County Council, Norway; co-director of the Glacier Archaeology Program; and editor of the Secrets of the Ice website.

When the team returned in 2018, they found five arrows, the crumbling remains of 40 hunting blinds where marksmen hid, reindeer bones, and “scaring sticks” which were used to corral the animals.

Of the many finds at Sandgrovskardet, the arrows are among the most fascinating.

“We found five arrows at the Sandgrovskardet site, so a good haul,” Secrets of the Ice said on Facebook.

According to the post, three of the arrows were found with their iron arrowheads preserved. They all date to 300-600 C.E. The other two arrows do not have arrowheads but are much older, with one likely dating to around 800 B.C.E. based on its shape.

One of the arrowheads, Pilø added, is “a rare type not found at the ice before and hardly in graves in the lowlands, either.” 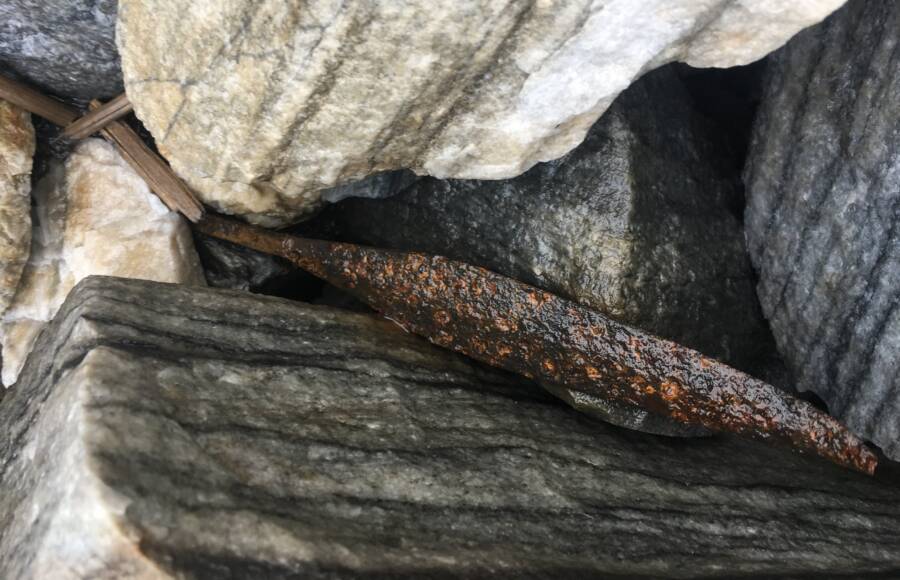 Espen Finstad/Secrets Of The IceOne of the more “common” iron arrowheads which dates to 300-600 C.E.

The archaeologists also investigated dozens of hunting blinds, half-circles made of rocks where the hunters could hide out of sight of the reindeer.

“The reindeer are very wary of movement, so the hunters had to make themselves invisible to get within shooting distance,” Secrets of the Ice wrote on Facebook.

“The bow-and-arrow shooting distance was probably no more than 10-20 [meters] (about 32 to 65 feet), so the hunters needed a good place to hide.”

Sometimes, the Facebook post noted, hunters could find natural rock formations to hide behind. But “if there wasn’t one, they built one themselves.”

The hunters would have also used “scaring sticks” to strategically guide the reindeer close enough to the blinds, the archaeologists explained. About 32 of these sticks, which usually had an object like a piece of cloth tied to the top, were found at the Sandgrovskardet site.

“You would bring a bunch of these sticks to the mountains, and depending on weather and wind and where the reindeer are found, you would calculate how best to make them move toward the hunting blinds, and place lines of these sticks along the ice,” Finstad explained. 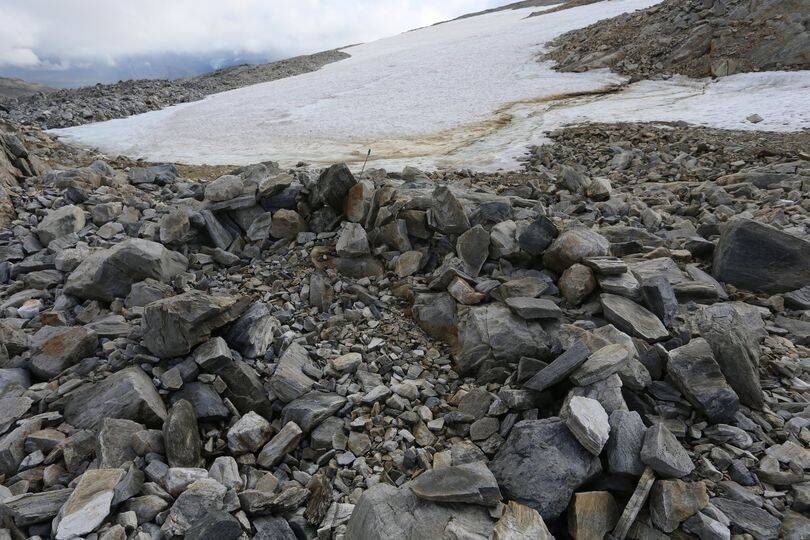 Espen Finstad/Secrets Of The IceThe remains of a hunting blind, with the entrance in the foreground.

In addition, archaeologists found an ancient trail used by the hunters. After all, the hunters didn’t live on the peak, which towered some 6,234 feet high. They likely lived in the valley below.

But there’s more for the archaeologists to understand about the trail. They believe it was used up until the 19th century, but it’s unclear how far its history stretches back. It might take more melting ice for scientists to better determine the trail’s age.

“There are no [artifact] finds from the traffic through the pass yet, but we know from historical sources that the pass was used up to the 19th century,” Secrets of the Ice noted on Facebook. “So finds are likely to appear when the ice has melted more.”

Secrets of the Ice plans to continue to investigate ancient sites as glaciers melt. To date, they have found artifacts from the Stone Age up until the Great Plague.

“[T]he conditions for preservation as well as the cultural history setting in this area means that there has been a lot of activity here,” Finstad explained, “and that things have been left behind and preserved.”

In other words, the icy peaks of Norway will continue to reveal their secrets as the glaciers keep shrinking.

After reading about the ancient reindeer hunting tools discovered in Norway, learn about the 1,200-year-old Viking sword discovered on a Norwegian mountain. Or, look through this list of the most stunning archaeological discoveries made in 2021.