From the original Stonehenge to the real-life city of Sodom, discover some of the best archaeological finds from this year.

Archaeologists are digging up history every day. In this year alone, they made a number of discoveries that have helped illuminate our past. Incredibly, some of the people who unearthed these finds were amateurs.

In 2021, archaeologists swam through sunken cities, uncovered gladiatorial arenas, dug up mammoth bones, and offered answers about the original Stonehenge. Below, explore 13 archaeological news stories from 2021. 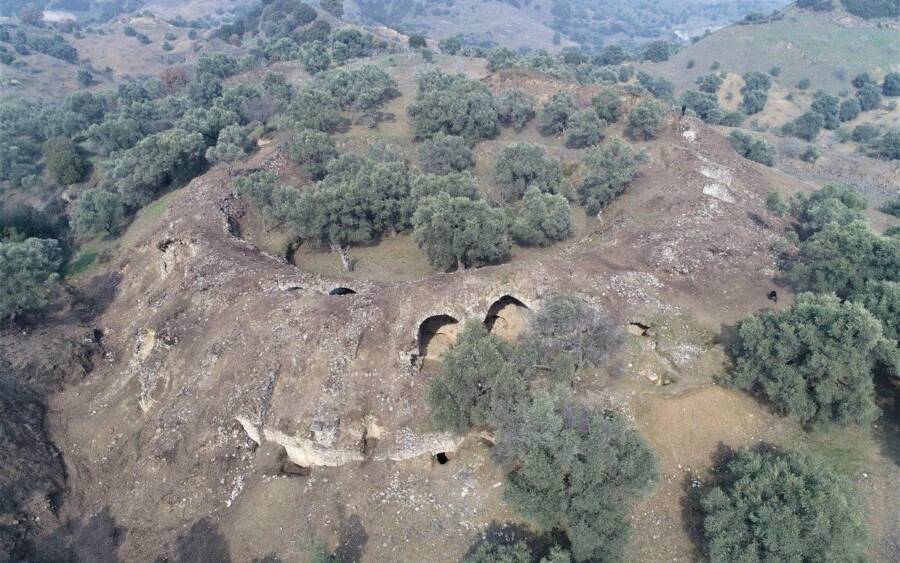 Turkey Culture and TourismThe Mastaura amphitheater was slowly consumed by the elements before archaeologists finally uncovered it.

In 200 A.D., thousands of spectators descended on the Roman amphitheater in the ancient town of Mastaura in modern-day Turkey to watch gladiator fights. But this impressive arena was forgotten by history — until this year.

Abandoned centuries ago, the arena gave itself up to nature. It slowly sank into the surrounding landscape until it became obscured. But archaeologists — who were following the accounts of 18th-century European travelers who visited the same region — have finally succeeded in tracking it down.

“It is solid, as if it was just built,” said excavation leader Sedat Akkurnaz, an archaeologist at Adnan Menderes University, and Mehmet Umut Tuncer, the head of the Directorate of Culture and Tourism in Aydın.

In their excavation, they identified “some of the rows of seats, the arena where gladiators fought and the supporting walls outside the building.”

The arena itself has a diameter of about 300 feet. It is circled by rows of seats, holding cells for gladiators, and even private rooms for high-rolling fans in the audience. At one time, the archaeologists explained, some 20,000 people came to watch the bloody gladiator battles at Mastaura.

“People from neighboring cities were coming to Mastaura town to watch the big events in this building, specially designed for bloody shows,” they said.

Next, Akkurnaz and Tuncer plan to excavate the structure, use lasers to create a 3D image of the arena, and work to preserve it.

The 3D Reconstruction Of A Sunken City Called Pavlopetri 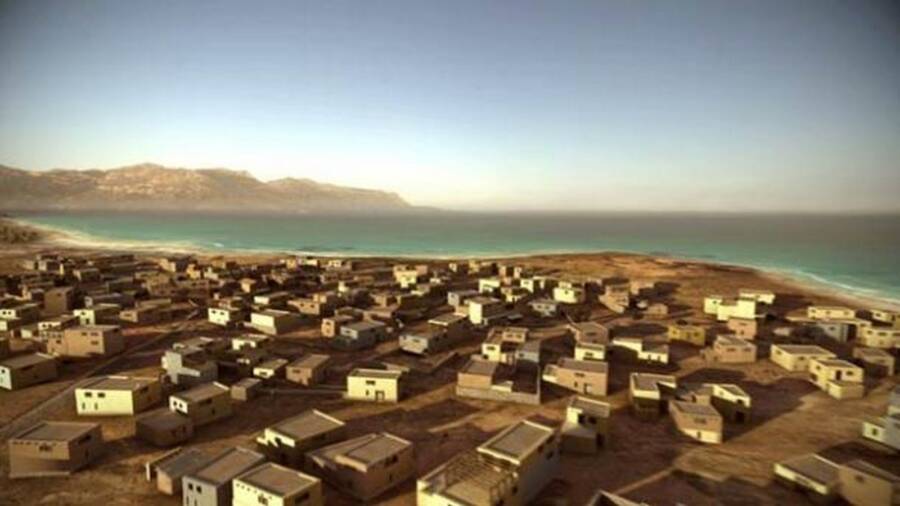 Pavlopetri Underwater Archaeology Project A 3D reconstruction of the sunken city of Pavlopetri in Greece.

More than 3,000 years ago, catastrophe struck a thriving city on the Greek coastline. Earthquakes, rising sea levels, or perhaps even a tsunami swept it out to sea. Today, the so-called town of Pavlopetri reigns as one of the oldest and most remarkable sunken cities in the entire world.

“There are older sunken sites in the world but none can be considered to be planned towns such as this, which is why it is unique,” explained Dr. Jon Henderson of the University of Nottingham.

Henderson manages the Pavlopetri Underwater Archaeology Project, which has worked to survey the sunken town with sonar mapping technology. By using archaeology, robotics, and graphic design, he and his team have now created a stunning 3D digital reconstruction of Pavlopetri.

The site, originally discovered in 1904, was once a bustling coastal town. Henderson and his team identified temples, roads, houses, a plaza, and even a water distribution system. Here, everyday Greeks went about their business from 3000 B.C. until their city “sank” around 1100 B.C.

“It’s a rare find, and it is significant because, as a submerged site, it was never reoccupied and therefore represents a frozen moment of the past,” noted Elias Spondylis of the Greek Ministry of Culture. 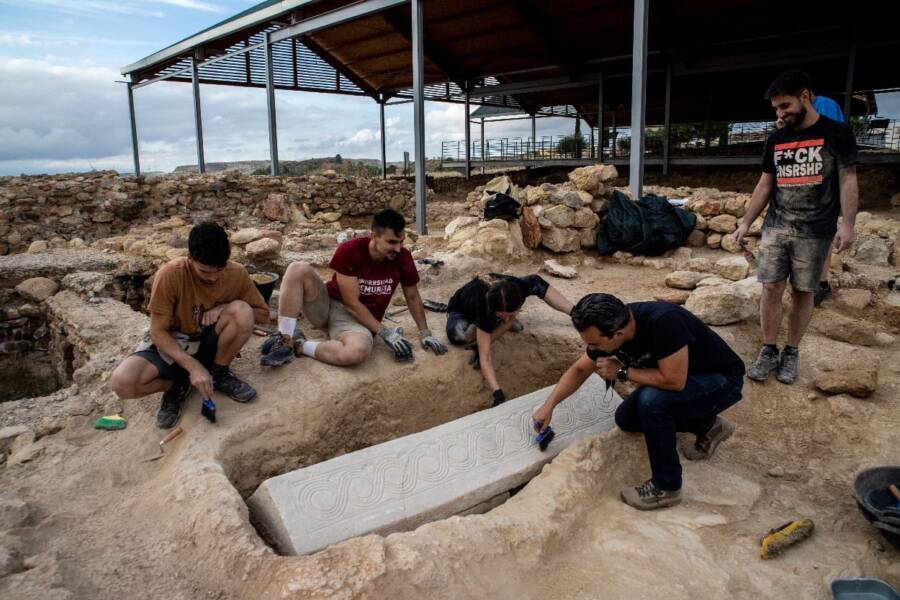 Archaeologists at Los Villaricos in Spain were delighted when their annual examination of the Roman site turned up something unexpected this year. As they dug throughout the summer months, they eventually came across a 1,500-year-old, well-preserved Visigoth sarcophagus.

The sarcophagus, which archaeologists called “spectacular” and “unexpected,” dates all the way back to the 6th or 7th century A.D. It features a number of elaborate carvings across its top, including ivy leaves. And, inside the coffin, the archaeologists found human remains.

Though the sarcophagus is undoubtedly stunning on its own, it also represents a key piece of Los Villaricos history.

For centuries, the site thrived as a Roman settlement that boasted luxurious amenities. Its citizens lay elaborate mosaic floors, built an olive press to produce olive oil, and relaxed in specially made thermal baths.

But as the Roman Empire limped toward collapse, Germanic Visigoths marched south and exploited the Romans’ weakness. Between the 3rd and 5th centuries A.D., the Visigoths frequently invaded Roman settlements.

By the 6th century A.D., they’d seized Los Villaricos. As such, the discovery of the Visigoth sarcophagus confirms what historians had long suspected.

In the words of excavation leader Rafael González Fernández, of the University of Murcia, the newfound discovery “corroborates previous studies on the chronology of the necropolis.”