After a pack of wild dogs in the Indian state of Maharashtra allegedly killed a baby monkey in November, the primates have taken revenge by purging an entire town of its dogs. 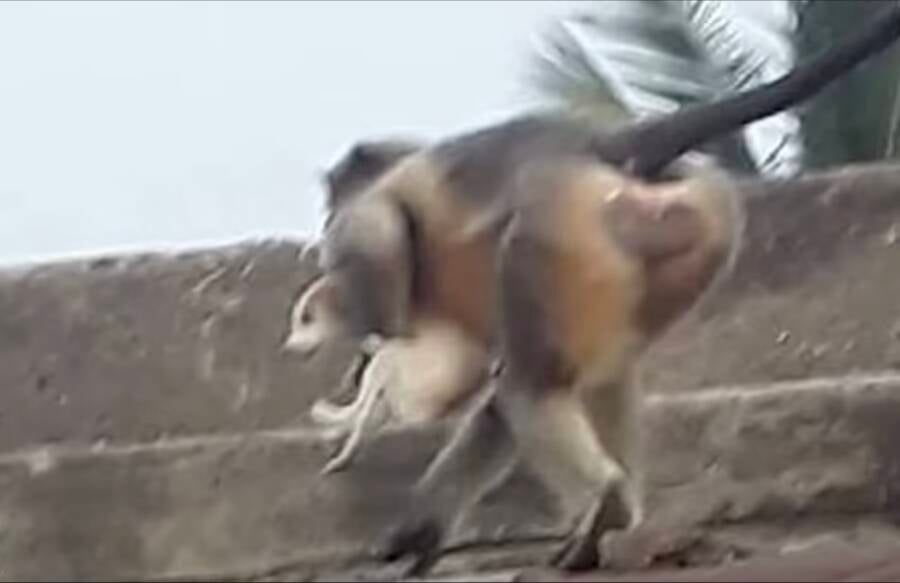 Suresh Jadhav/News18Severa videos captured monkeys dragging dogs to the tops of tall buildings before throwing them off.

If the figures are accurate, the phrase “monkey see, monkey do” has never been more disturbing. After seeing wild dogs kill a baby monkey in November, a group of primates in the Indian state of Maharashtra has launched a series of revenge killings — and has reportedly killed 250 dogs by throwing them off buildings and treetops.

According to Daily Mail, these encounters have mainly befallen the town of Lavool and nearby villages in the Beed district. Residents claimed that these rampaging monkeys showed no hesitation in snatching up dogs as soon as they saw them.

With only 5,000 people and 300 miles from Mumbai, Lavool was left to fend for itself until forest department officials arrived to help on Saturday. According to New York Post, villagers captured footage of these canine abductions and tried to keep their dogs safe while monkeys have begun targeting children walking to school.

“The issue is true but we do not have any evidence to say how many puppies of dogs have been killed,” senior police inspector PV Munde told The Indian Express. “But yesterday, forest officials from Aurangabad came and captured two monkeys.” 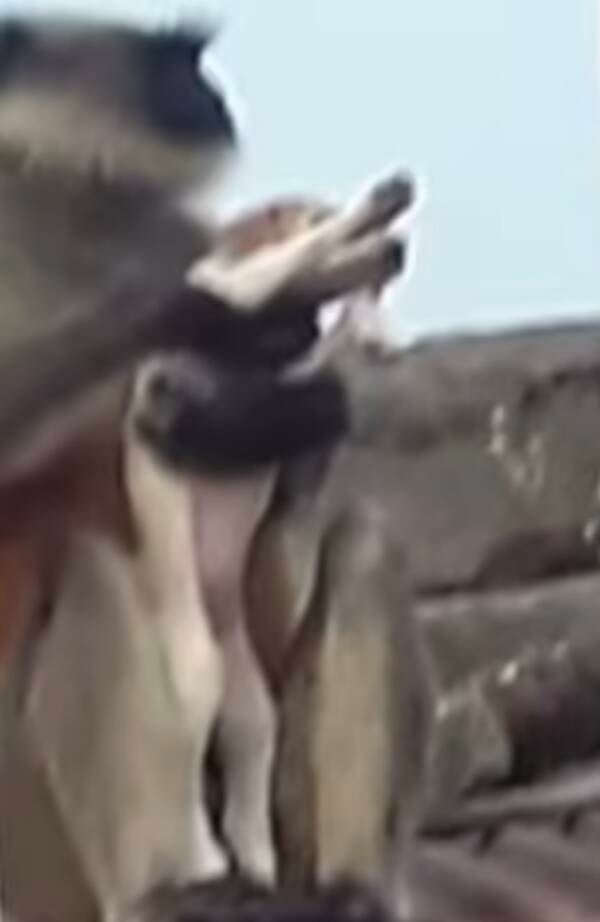 Suresh Jadhav/News18The monkeys began throwing canines off roofs after an infant primate was killed by a pack of wild dogs.

The disturbing scenes showed dogs confronting aggressive monkeys while young and female villagers escaped to safety. Another video showed a monkey carrying a puppy to the edge of a tall building and dogs protecting a small child. According to Insider, nearly all dogs in Lavool have been killed or run out of town.

Desperate residents contacted the forest department for assistance, only for officials to arrive and fail to catch a single primate until this week. When villagers took matters into their own hands, several men were injured by hostile monkeys defending themselves from their potential captors.

According to India’s News18 outlet, some men trying to fight these primates off have even fallen from the very heights being used to kill the dogs being attacked. At long last, forest officials from Aurangabad arrived and successfully captured two monkeys on Saturday after the primates killed numerous puppies.

“This (infant monkey killing in November) is said to have enraged the monkeys who in retaliation are killing the puppies of dogs as per local residents,” said an official from Majalgaon. “But we do not have any proof to back up this theory. It’s animal behavior and we cannot ascertain why they are behaving like this.” 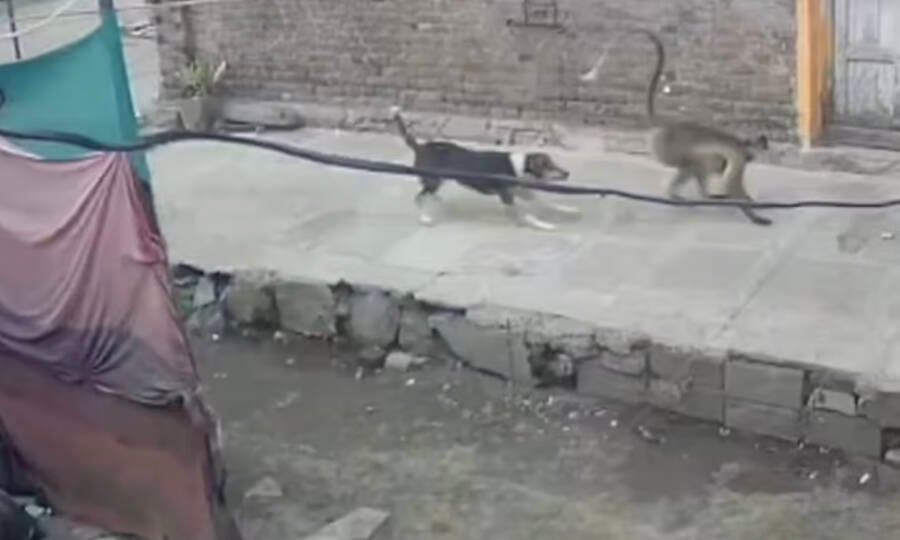 Suresh Jadhav/News18A dog and primate aggressor square off on a residential property.

Perhaps most disturbing of all is that one report claimed that an eight-year-old child was snatched by monkeys and dragged away. Only an immediate response by villagers who began to throw stones at the primates resulted in the child being left behind and returned to safety.

“To some extent the news is true,” Beed district collector Rabhabinod Sharma. “We cannot confirm the figures of deaths either but some puppies of dogs have been killed by monkeys. We also cannot confirm why this is happening, whether they are actually angry with dogs because we do not know animal behavior.”

While most Indian officials commenting on this barrage of bizarre incidents have stated that the motivation for these crimes remains mysterious, Stephanie Poindexter, an assistant professor at SUNY Buffalo with a research focus on primate behavioral ecology, isn’t particularly shocked.

“In studies of primates in captivity, in social groups in zoos, we’ve seen that when an individual is attacked in some way, the likelihood of them attacking someone related to their aggressor is higher,” she recently told Gizmodo.

“Typically, there’s a preference for attacking a third-party associated with the original aggressor, as opposed to the actual aggressor.”

While the series of dog killings would arguably only be understood with a rigorous research study, it certainly appears as though revenge is a plausible motivation. These primates purportedly did see one of their own being viciously killed, and have since targeted the species that committed this act.

With the recent capture of the two monkeys, officials believe the attacks will subside, and villagers can return to life as normal. The two monkeys were transported away from town and released in the nearby Gautala wildlife sanctuary.

After reading about the monkeys in India killing dogs in revenge, learn about the island of drunk monkeys. Then, read about the golden snub-nosed monkey of China’s mountain forests.