Modern birth control still has its flaws, but at least we no longer live in a world where women are encouraged to shove glass up their vaginas.

People will always want to have sex, but the same cannot be said for the desire to have children. On the quest to prevent the latter from happening, humankind has come up with some pretty terrifying contraptions and hair-brained ideas.

Modern birth control of course has its flaws, but a quick look at these contraception devices and methods might leave you thankful that the majority of your birth control-related pains are due to cost, not an iron piece of machinery scraping against your vaginal wall or the occasional bloodletting: 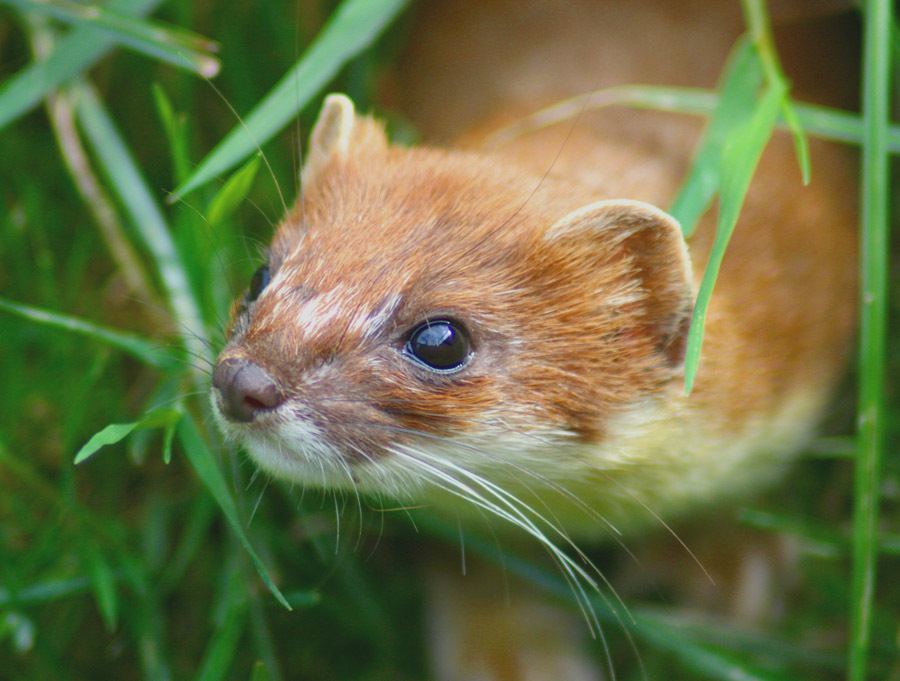 What do weasels, beavers and cats have in common? All of their testicles have, at some point, been used as a form of contraception. During the Dark Ages, European women would sport the testicles as an amulet--or in the case of beaver testicles, mix them with grain alcohol and ingest them. Yum. Source: Wikipedia 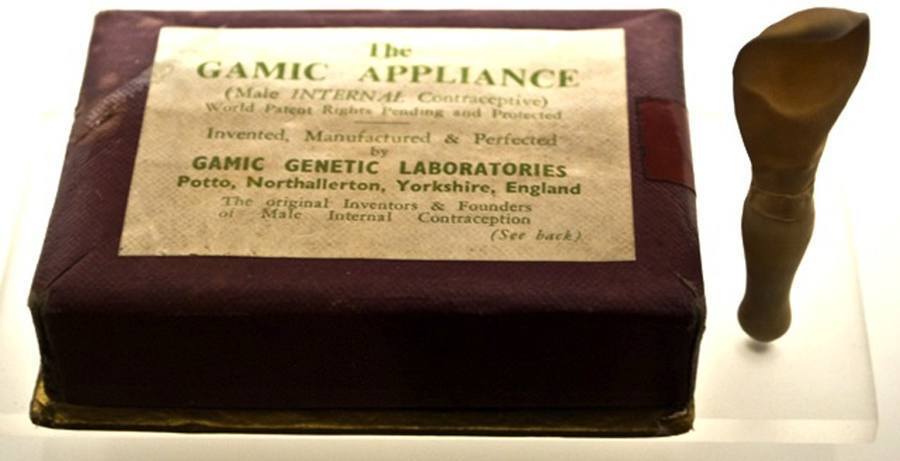 For men who didn't want to wear a condom during intercourse, the Gamic appliance was their go-to guy. Existing from 1965 to 1974, the appliance was essentially a urethra plug. Ejaculated semen was supposed to be caught in the sheath, but since the device often found its way into the vagina, this didn't really end up working out. Nevertheless, Gamic claimed that their plug would uphold something more valuable, being "the permanence and prestige of marriage." Source: MUVS 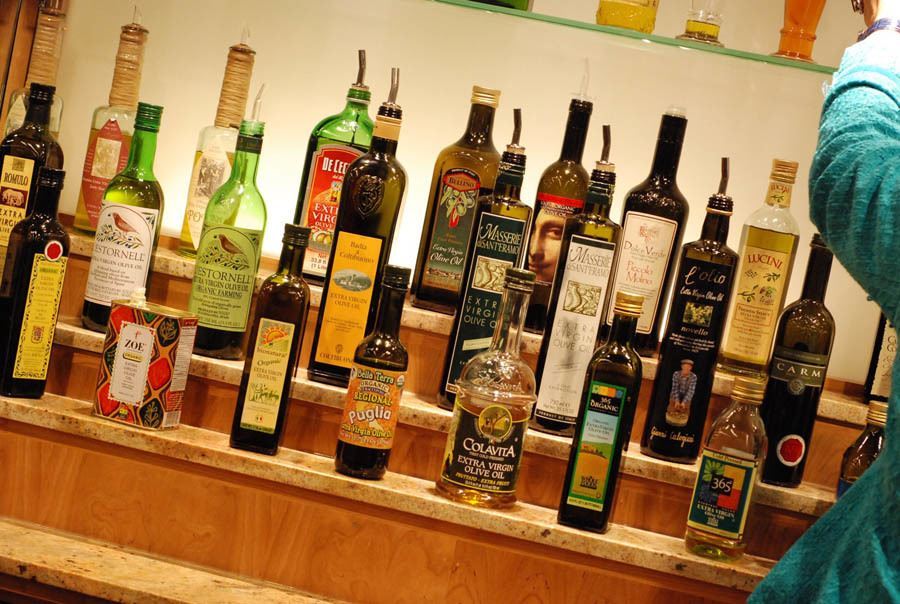 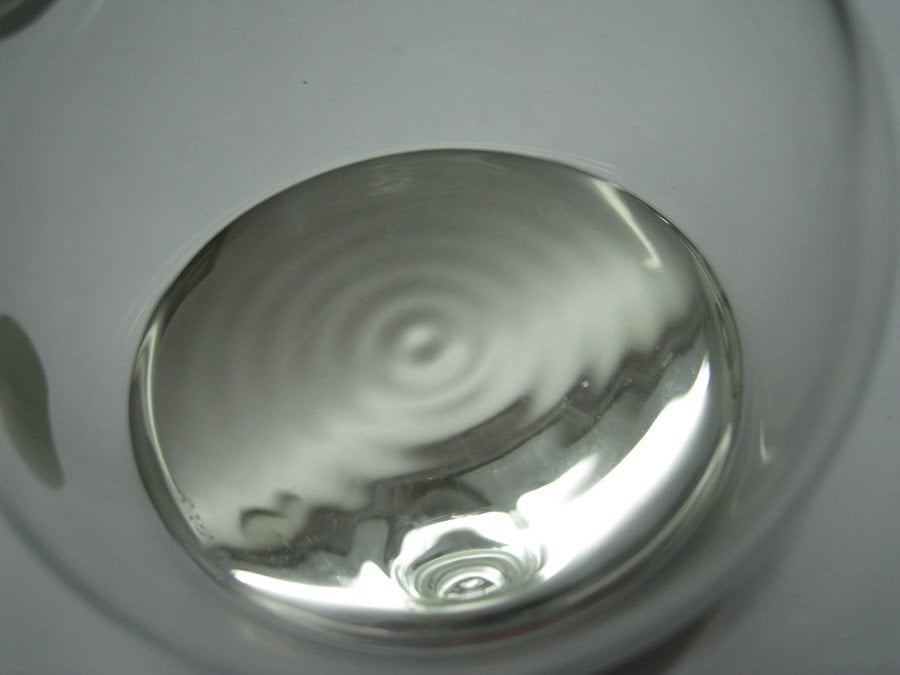 In ancient China, women would down a shot of mercury after sex. Sure, it prevented pregnancies--but it was also great at causing brain damage, kidney failure and sterility. Source: Wikipedia 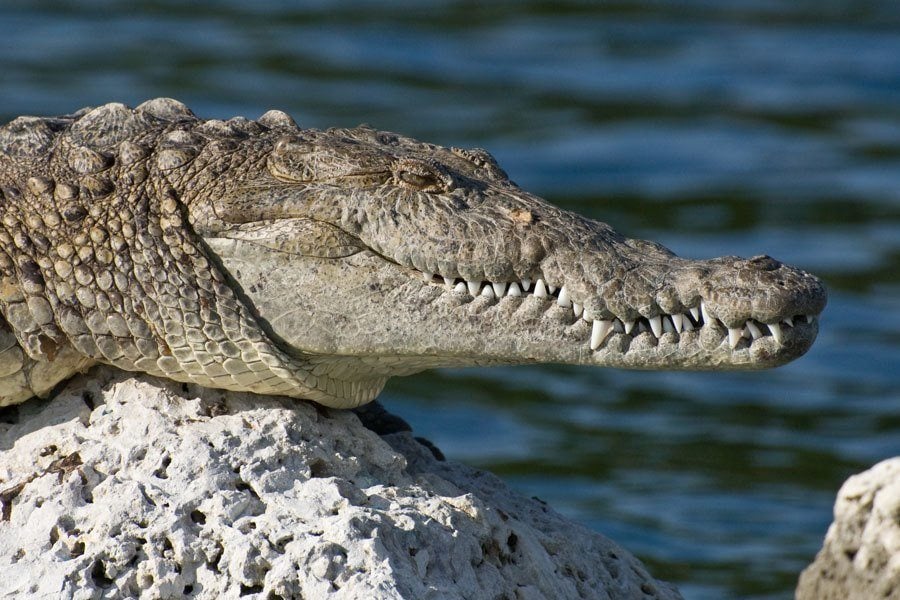 You might want to walk like an Egyptian, but you probably shouldn't practice safe sex like the early ones. Ancient Egyptians would use pessaries made of crocodile dung and honey to keep kids out of a couple's future. 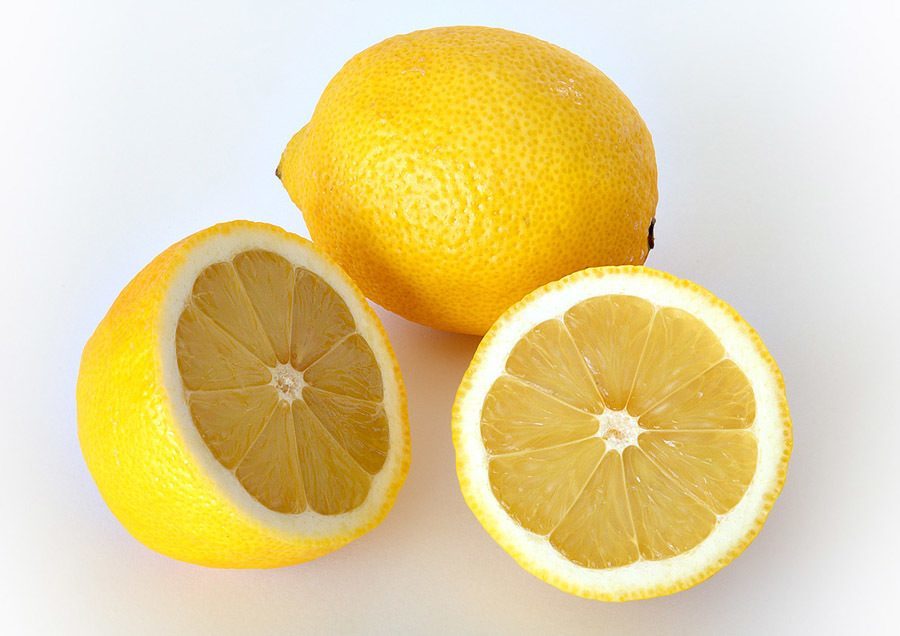 Lemons have long been part of the contraception canon. Back in the days of Talmud, women would squeeze lemon juice onto a sponge and then insert the sponge in their vagina. Given its acidity, women thought that the juice would serve as a spermicide.

Centuries later, legendary seducer Cassanova was thought to have inserted the lemon rinds into his lovers to act as a cervical cap. Source: Wikipedia 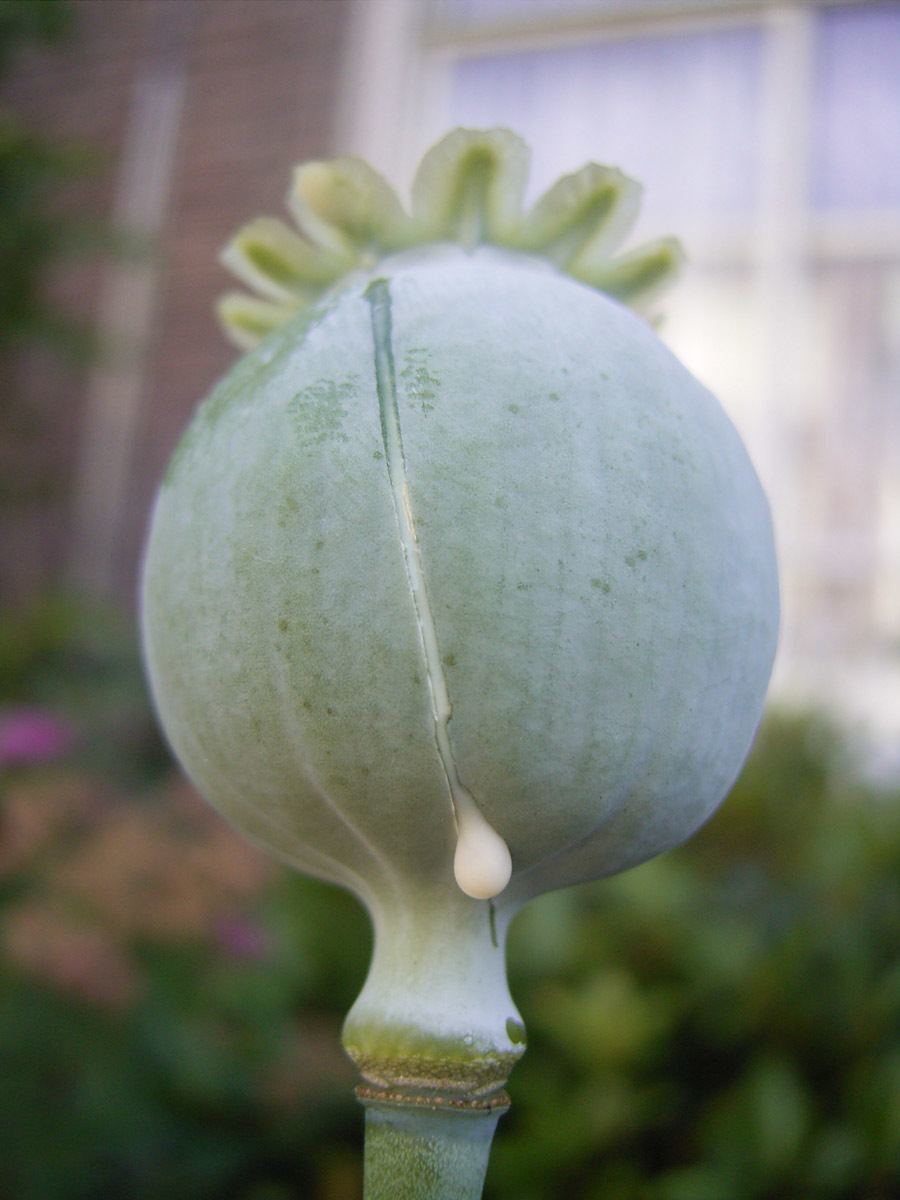 Everything is better with opium--even the diaphragms of ancient Sumatra, which were constructed from the stuff. Source: Wikipedia 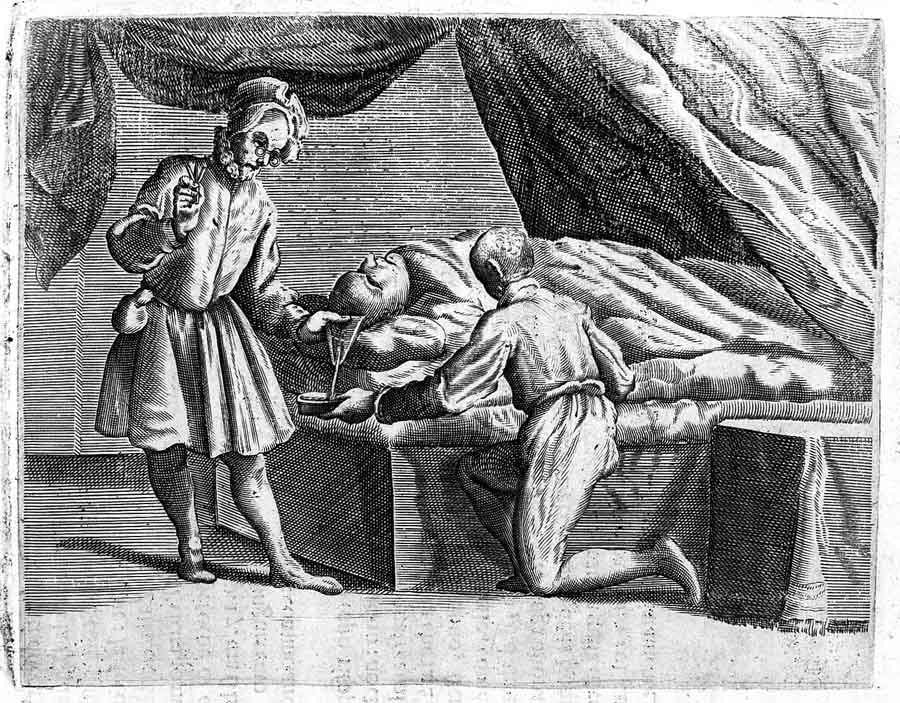 It was once thought that semen was actually just blood turned white from the heat. French physician Jacques Ferrand recommended bloodletting in his famous 1610 treatise on lovesickness. Source: Wikimedia See page for author [CC BY 4.0], via Wikimedia Commons 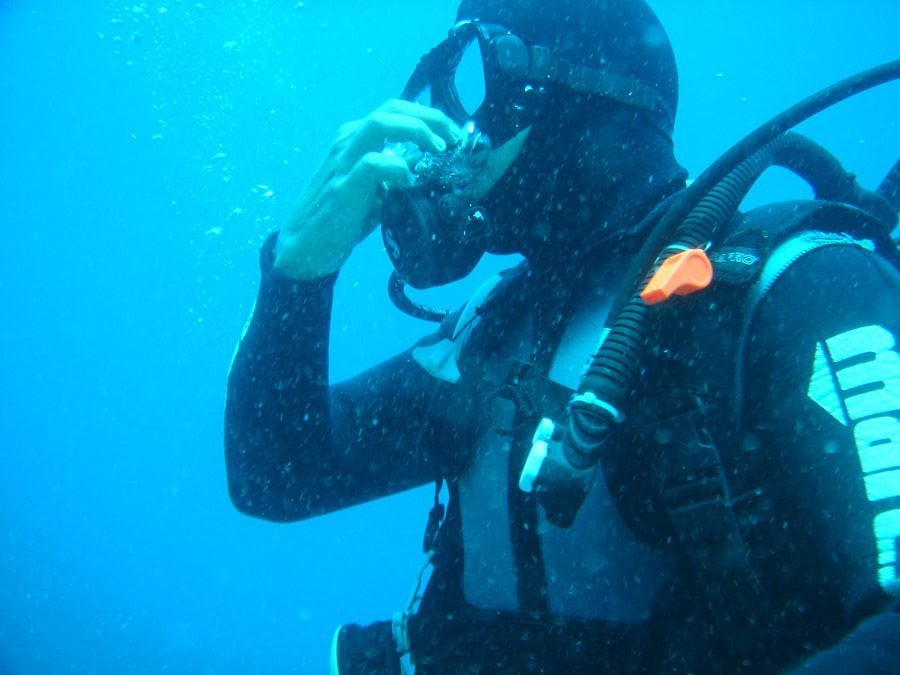 In Ancient Greece, women believed that if they held their breath during the deed and sneezed after, they would expel seminary fluid and not become pregnant. Source: Wikipedia 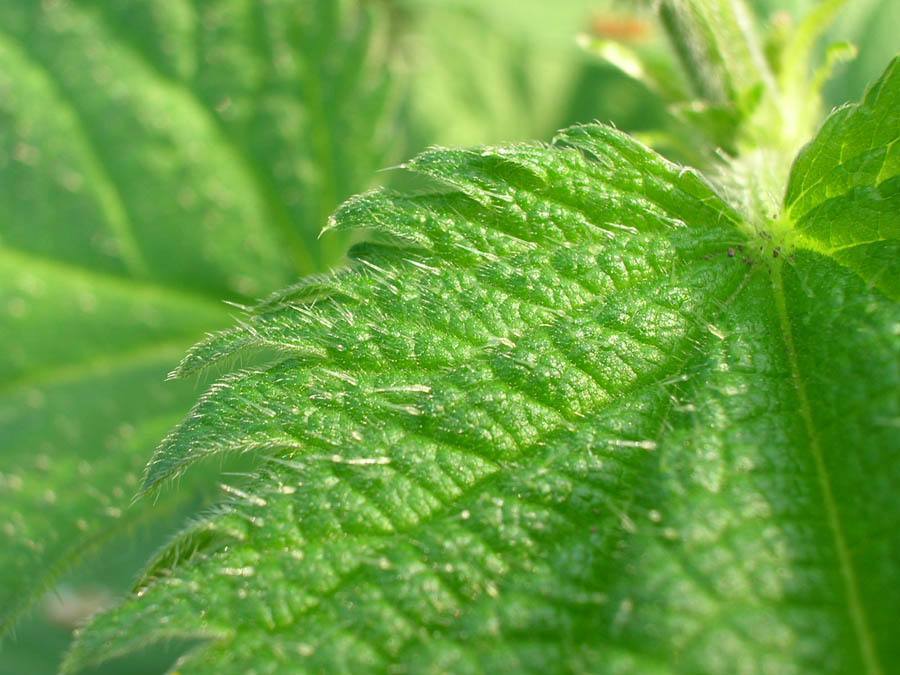 Pessaries made from nettle leaves were a big hit in Elizabethan England. Source: Wikimedia By Kószó József (Own work) [GFDL, CC-BY-SA-3.0 or CC BY-SA 2.5-2.0-1.0], via Wikimedia Commons 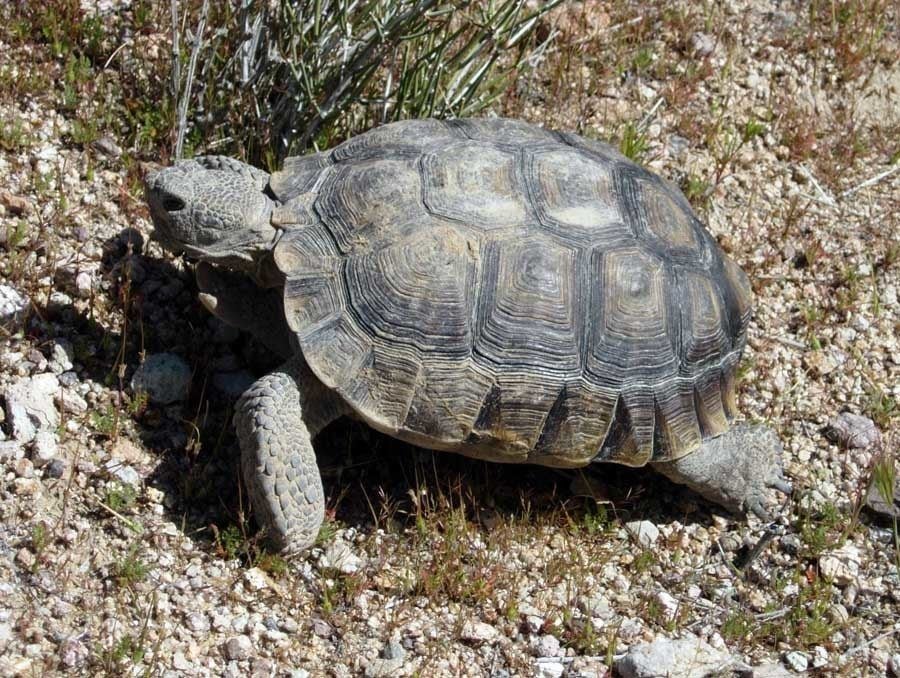 In Feudal Japan, condoms were often made from tortoise shell or horn. Source: Wikipedia 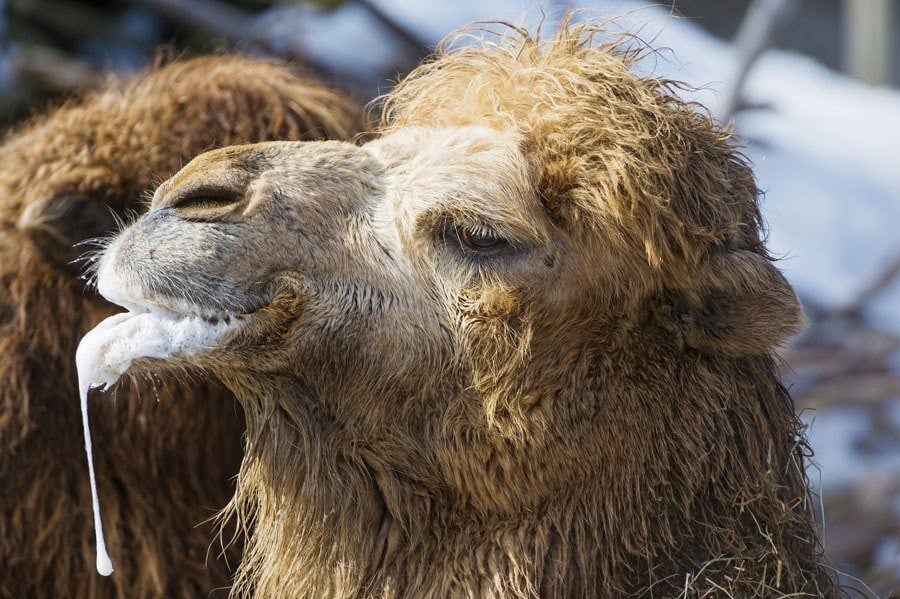 In Ancient Africa, women were told to drink the froth from a camel's mouth in order to prevent pregnancy. Source: Flickr https://creativecommons.org/licenses/by-nd/2.0/ 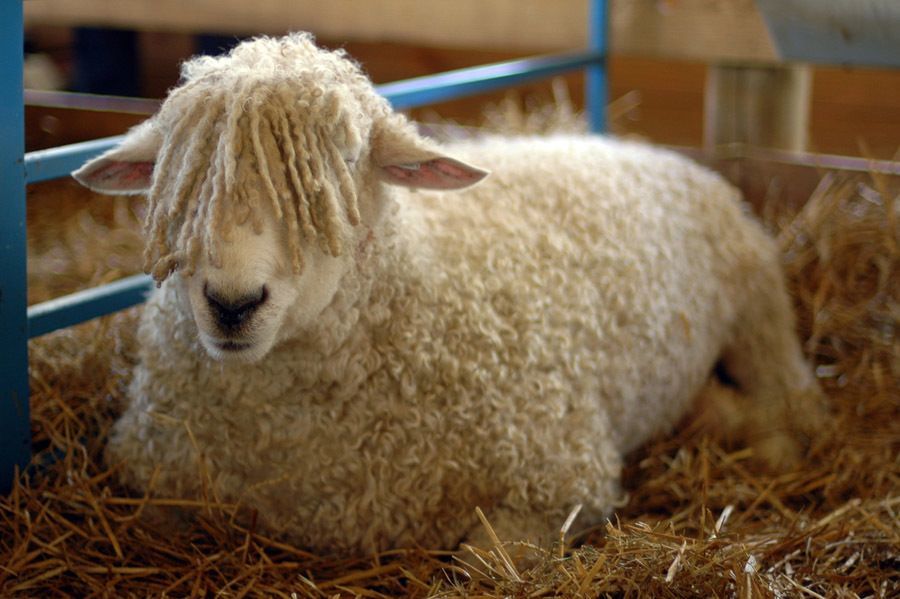 Meanwhile in Medieval Europe, women would drink sheep urine or rabbit's blood to avoid having a bun in the oven. Source: Wikimedia [CC BY-SA 2.0], via Wikimedia Commons 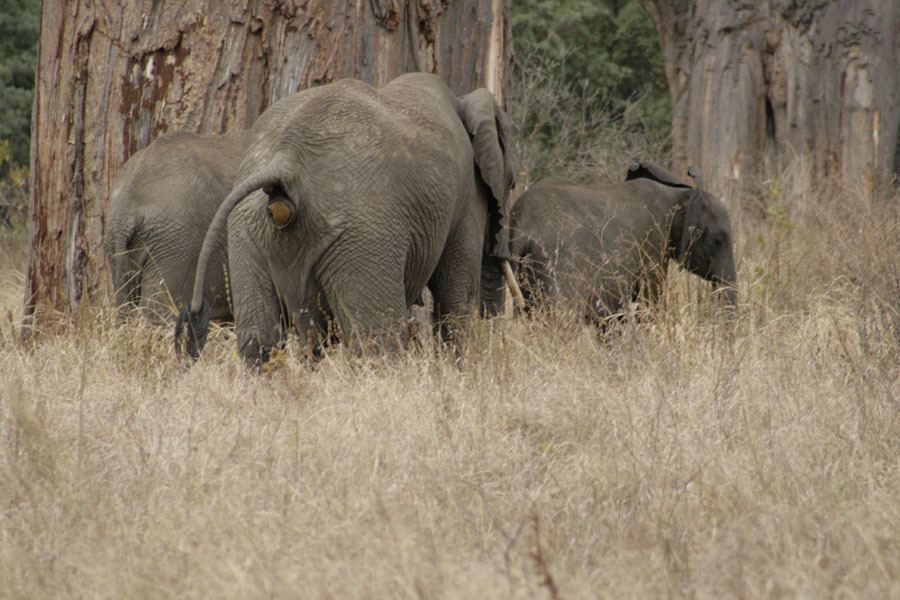 Back to poo-pessaries. Elephant dung pessaries were a favorite in 11th-century Persia. Source: Wikimedia 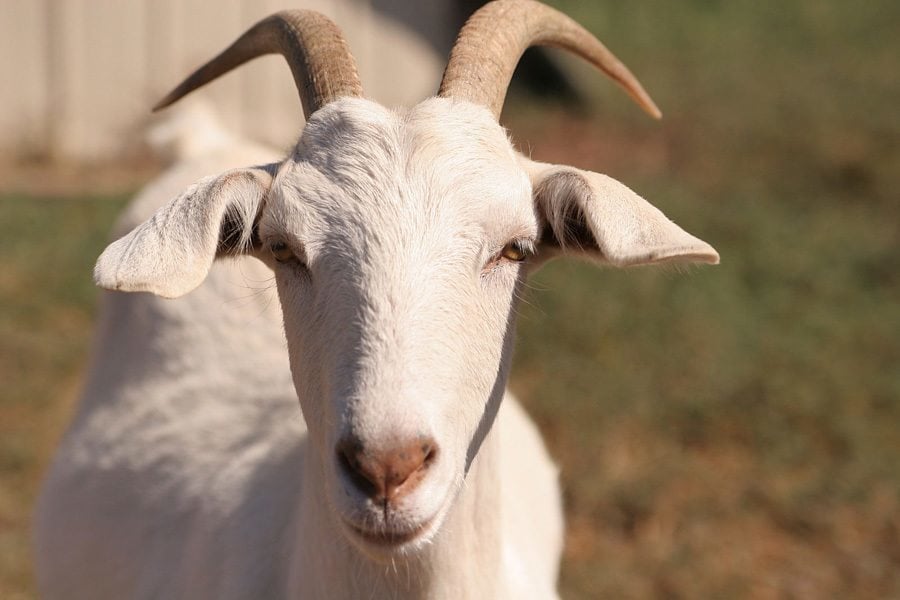 Condoms made from goat bladders were worn by both men and women in Imperial Rome. Source: Wikimedia 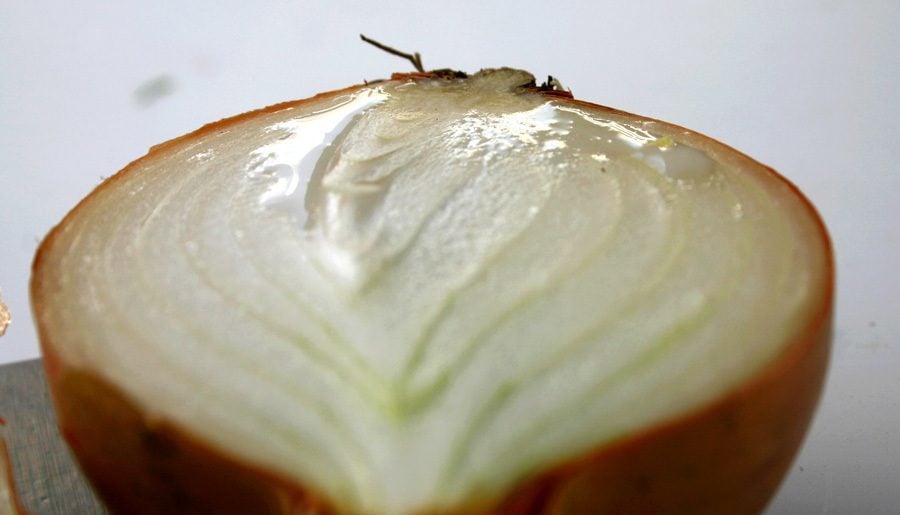 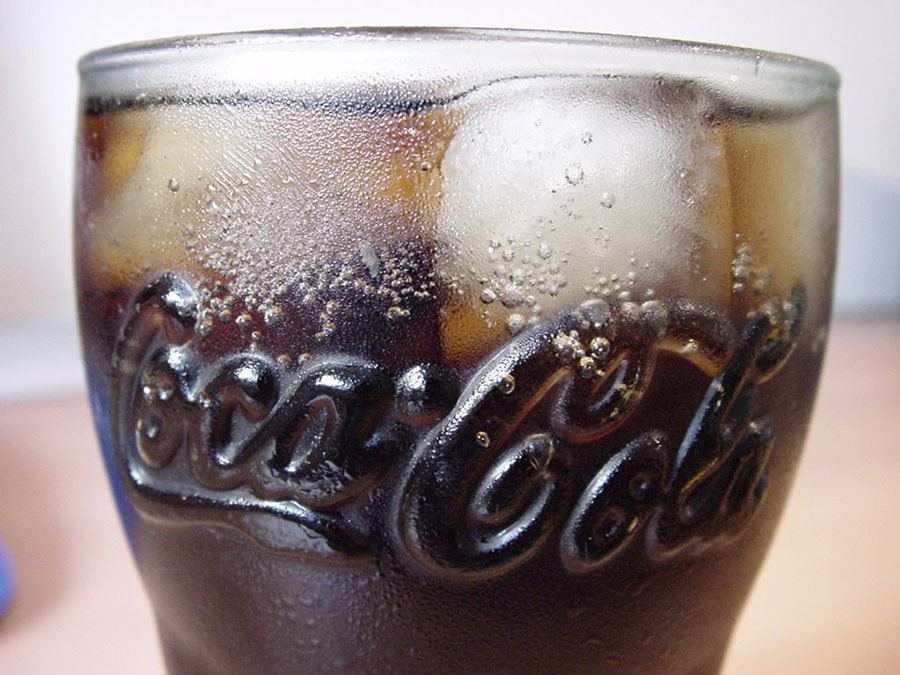 In the 1950s, people thought that the combination of carbonation and sugar in coke would make for an ideal post-sex douche. Source: Wikipedia 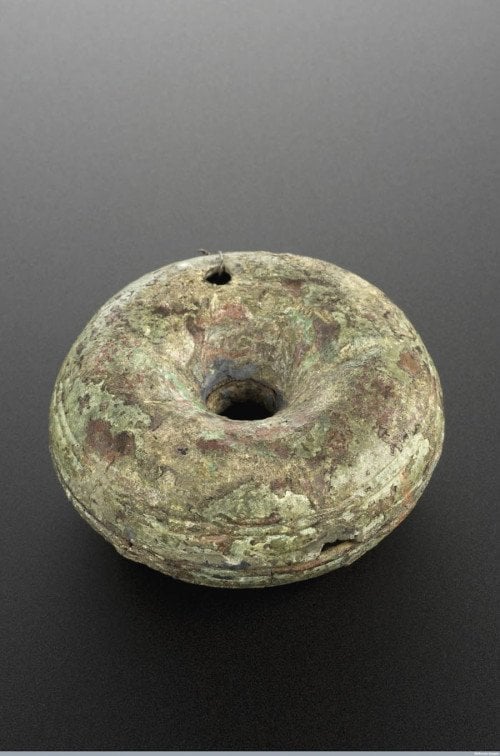 200 BCE-400 CE, bronze pessary. While pessaries are used in modern medicine to treat a uterus prolapse or provide support to the pelvic floor, when this guy was used, it was meant to block the cervix. The gap allows a rod to be placed through the pessary into the cervix to hold the device in place. While it could remain in place during intercourse, such intercourse would be...painful. Source: Science Museum London. 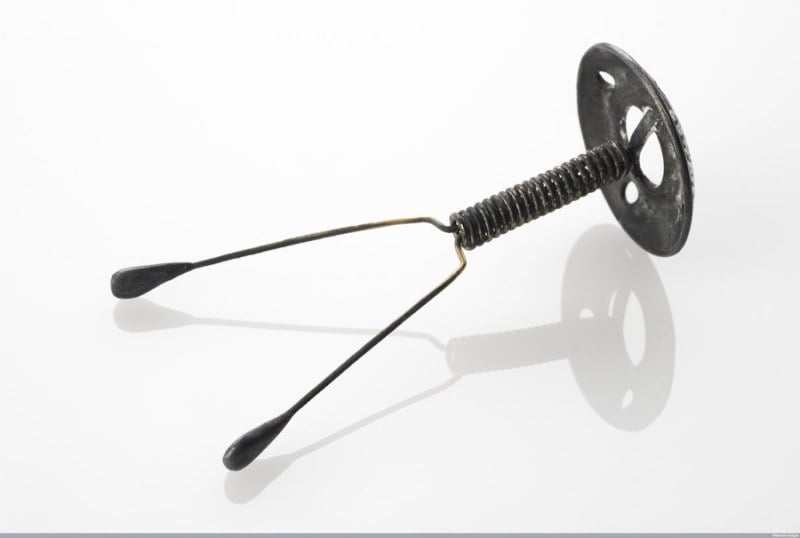 c. 1880, Wishbone Stem. This type of gold wishbone stem pessary is an intra-cervical device (IUC). The flat end of the stem pessary sat against the vaginal wall with a stem protruding into the uterus through the cervix. Not preventing conception, the IUC stops a newly fertilized embryo from implanting and growing in the lining of the uterus. These tools came into use as a contraceptive toward the end of the 1800s. Source: Science Museum London. 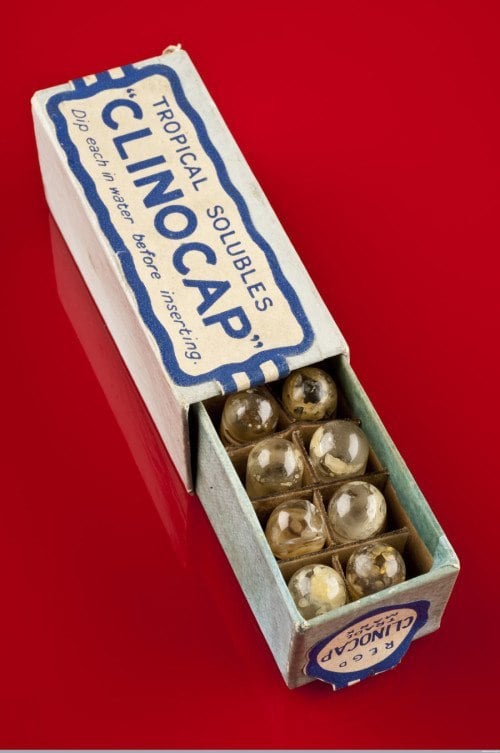 c. 1925, Soluble Spermicides. These contraceptive pessaries could be dangerous--often the spermicide used was quite harsh, leading to irritation and pain. In any case, they were supplied by the Mother’s Clinic and endorsed by Dr. Marie Stopes. Stopes founded the first of her birth control clinics in Holloway, North London in 192 Source: Science Museum London. 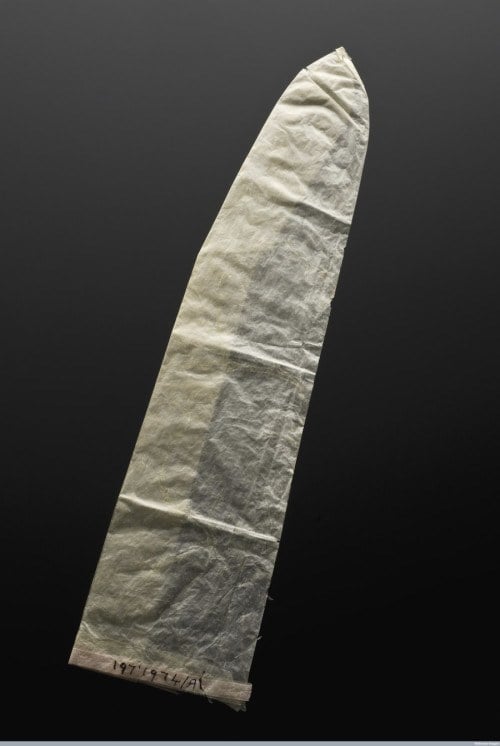 c. 1910s, condom. This condom is made of animal gut membrane, known as caecal. Caecal condoms were effective against pregnancy because animal membrane is porous to viruses. The condoms did not, however, reliably protect against sexually transmitted infections. Source: Science Museum London. 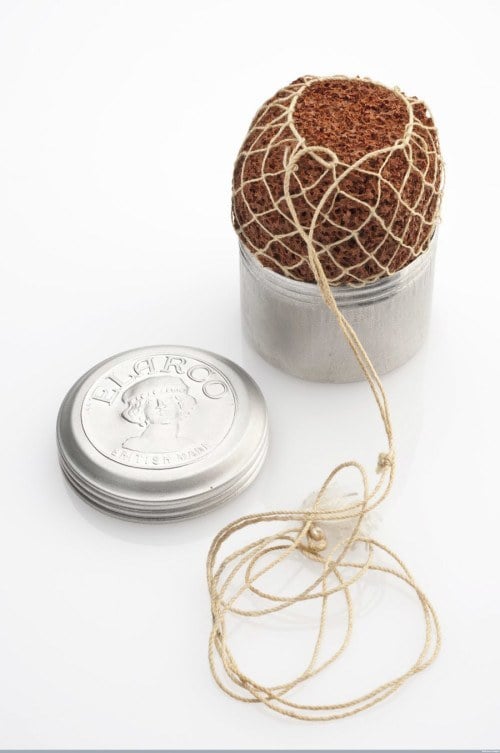 c. 1910s, Contraceptive Sponge. Sponges were widely used as contraception in the early 1900s. This contraceptive sponge is made of rubber, and such sponges-- essentially a cervical blockage--were promoted by the Society for Constructive Birth Control. Source: Science Museum London. 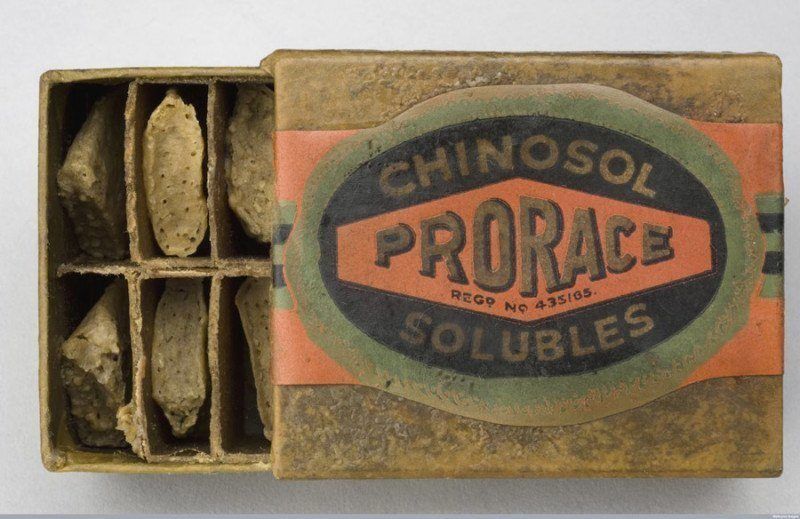 c. 1920s, The "Prorace" brand of contraceptives was developed by Dr. Marie Stopes and distributed by the Mother's Clinic. These contraceptive pessaries contained spermicides and were used alone or with other contraceptives, such as the cap or diaphragm. The trademarked "Prorace" related to Stopes' belief in eugenics, and a widely held theory in the early 1900s which argued selective breeding could remove "undesirables" from society. Source: Science Museum London. 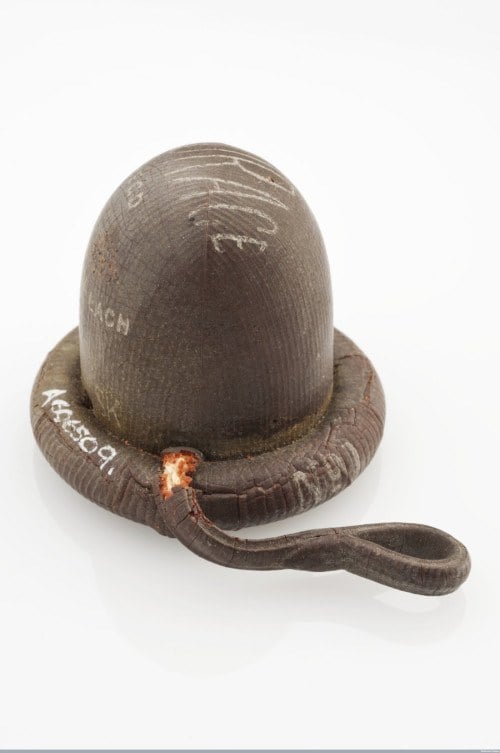 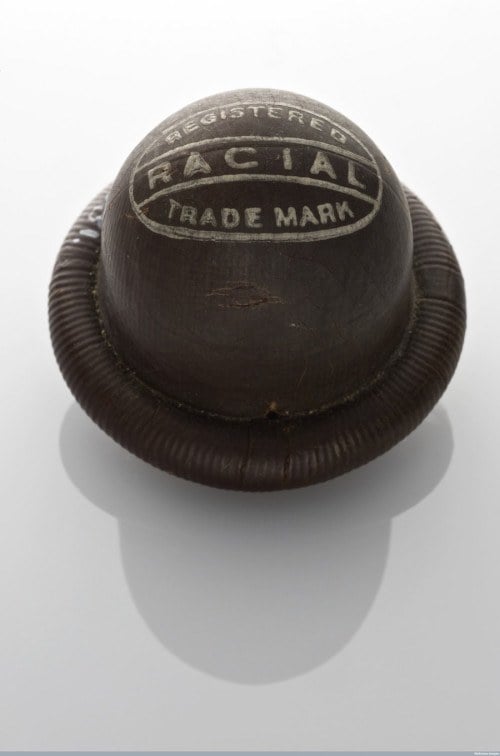 c. 1920, Rubber vault cap. Contraceptive caps are also called cervical, vault, or diaphragm caps. These guys sit over the cervix and act as a barrier to sperm entering the uterus. This "Racial" brand of cervical cap was modified by Dr. Marie Stopes. Source: Science Museum London. 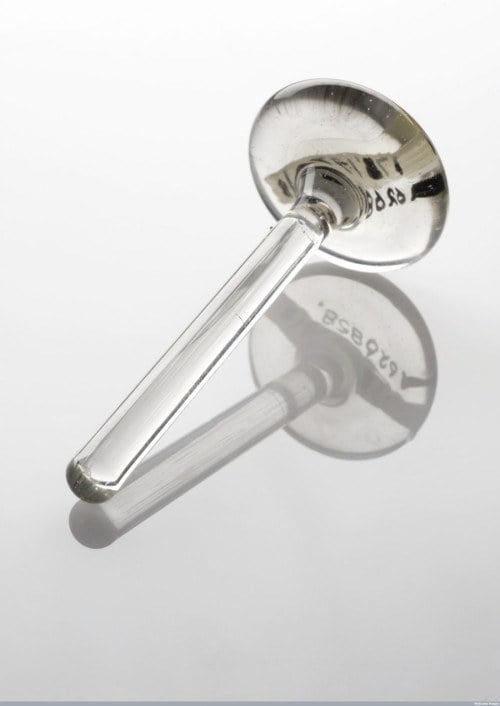 c. 1920, Stem pessary. Stem pessaries were intrauterine devices (IUDs). They consisted of a rubber, metal or glass stem attached to a cup or button in order to hold the stem upright and prevent it from becoming lost in the uterus. This example is made of glass. That's right--glass in your vagina. Smaller plastic or copper IUDs are still used today. Source: Science Museum London. 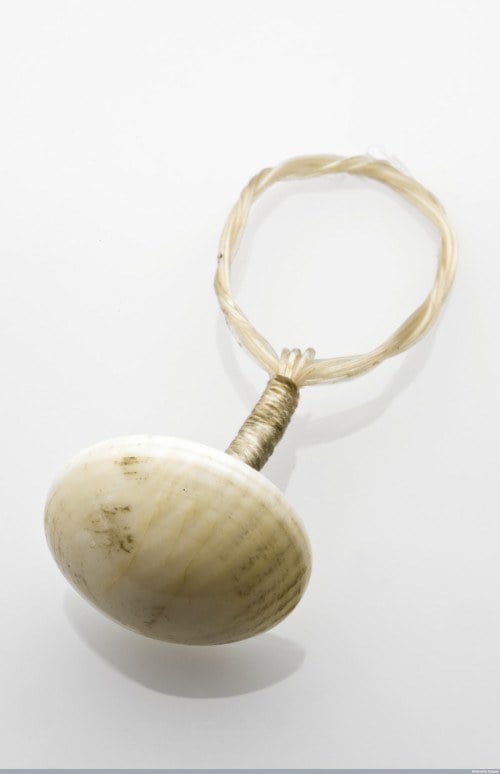 c. 1925, Bone Stem. Stem pessaries were a common gynecological treatment in the late 1800s and early 1900s. They were also used as a contraceptive. This early intrauterine stem pessary consists of catgut loop and bone. Source: Science Museum London. 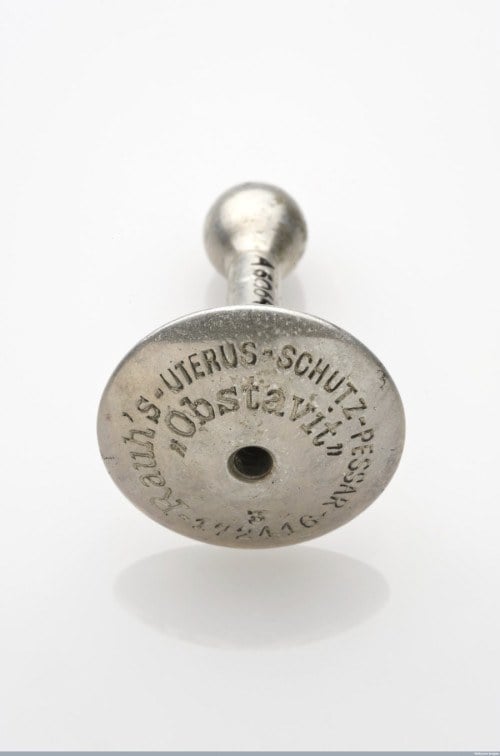 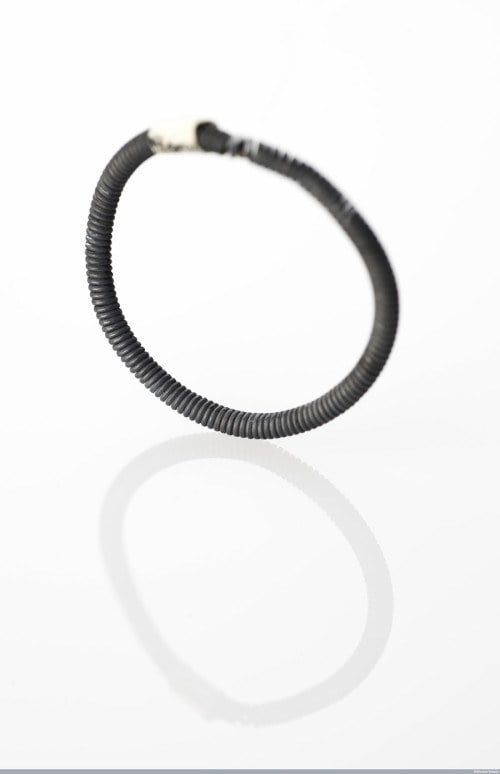 Enjoy this look at the most frightening contraceptive devices? Check out our other posts on Medieval torture devices and hilariously offensive vintage ads. And before you go, be sure to like All That Is Interesting on Facebook!