Before Central Park was built, the area it occupied was home to a thriving African American community. 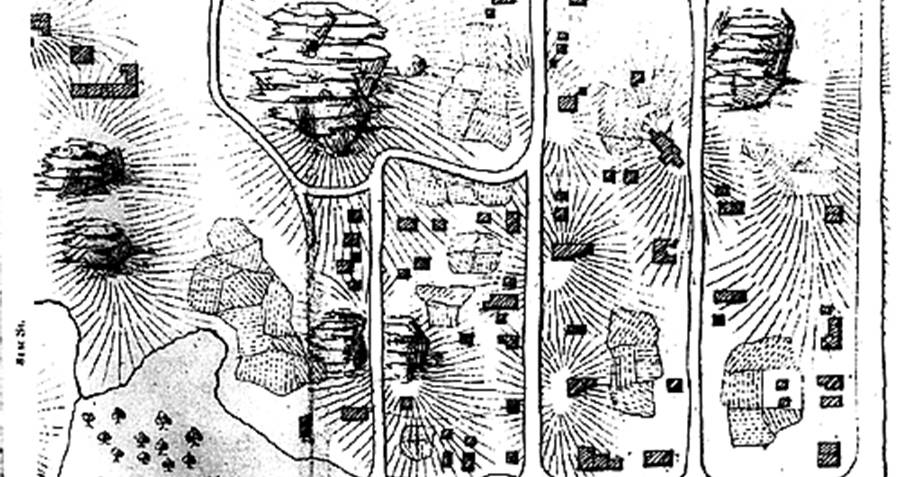 Wikimedia CommonsA sketch of what the layout of Seneca Village would have looked like.

Seneca Village was supposed to be a sanctuary.

Created in 1825, the village spanned from 82nd to 89th street, along what is now Central Park’s western edge. The village was home to thousands of freed African American slaves, who had come to New York City seeking refuge.

However, after just 20 years, the thriving black community that had made its home there was pushed out, to make room for the affluent white residents of Upper Manhattan to build a park.

Seneca Village was first started by Andrew Williams and Epiphany Davis, two prominent black abolitionists, who managed to find a white man to sell his land to black people. At the time, it was rare for black people, slaves or not, to be able to purchase land, though there were a few who would sell to them.

Williams and Davis were prominent members of the New York African Society for Mutual Relief, as well as the AME Zion Church, and soon they had recruited other members to purchase land near theirs as well.

Slowly, the community started to take shape. Homes were built, some with barns and stables. Soon, three churches were erected, as well as a school.

The prospect of owning land in Seneca Village was exciting for more than one reason. Owning land meant voting rights, as well as refuge from the slums of lower Manhattan.

Seneca Village also served as a stop on the Underground Railroad. During its heyday, many of the village’s basements served as hiding places for people looking to escape slavery. 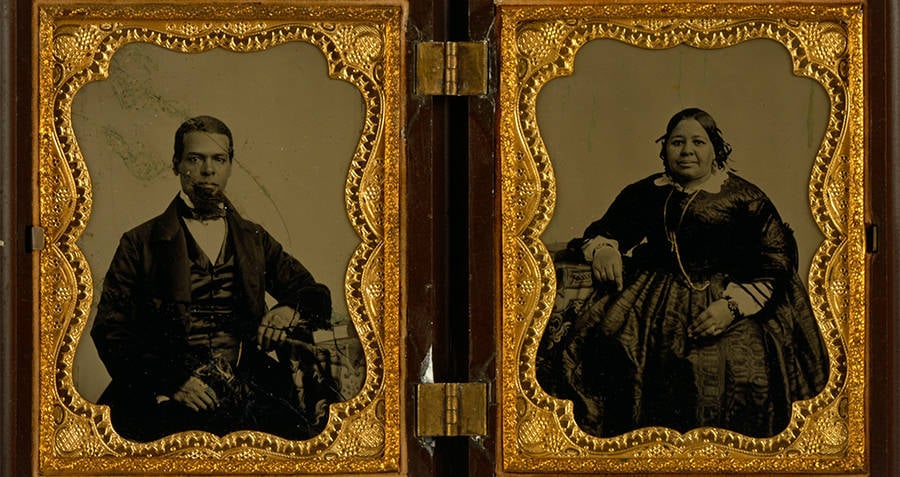 However, as the people of Seneca Village were thriving, the people of lower Manhattan were looking for other, more aesthetically pleasing things to do with the area it occupied.

Lower Manhattan was overflowing with immigrants at the time, and the wealthy, affluent families were beginning to look for other places to make their homes.

The upper, eastern part of the island is where they started looking, directly across from Seneca Village. Once all of the affluent families started moving to the Upper East Side, they started wanting outdoor space.

Real estate developers quickly jumped on the idea of an exclusive community bordering lush parklands and began looking into securing the area in the center of Manhattan — including the prime real estate that Seneca Village stood upon.

In 1857, the real estate developers won. 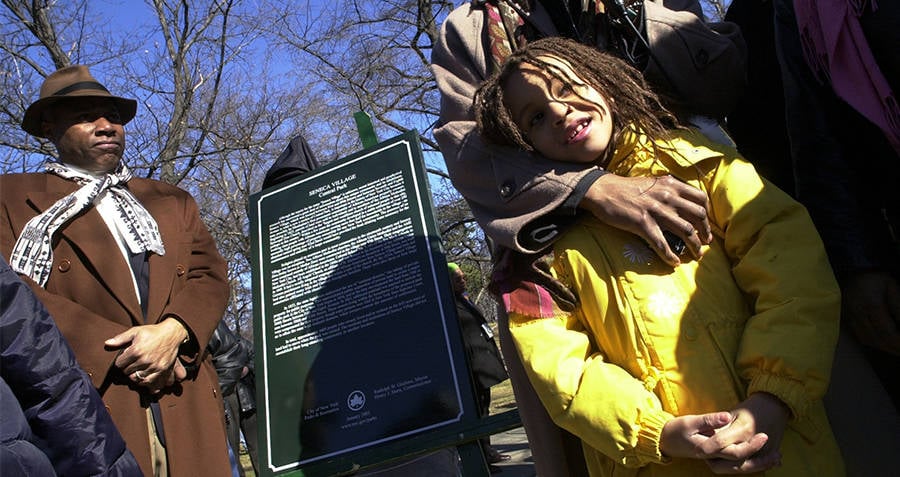 Some of the Seneca Village residents were paid for their land, but most of them were not. Andrew Williams was paid almost as much as his land was worth, while Epiphany Davis lost over a hundred dollars as she was forced to give up her home.

Though the village was all but forgotten by the 1870s, recently researchers have begun excavating the site on which it once stood, hoping to shed light on the lost village and give due credit to those who lived there.

However, as of now, the only official artifact acknowledging the village’s existence is a small sign, dedicated to the people who once called it home.

After learning about Seneca Village, read about Central Park’s historic sheep meadow. Then, check out this bird’s eye view of Central Park.